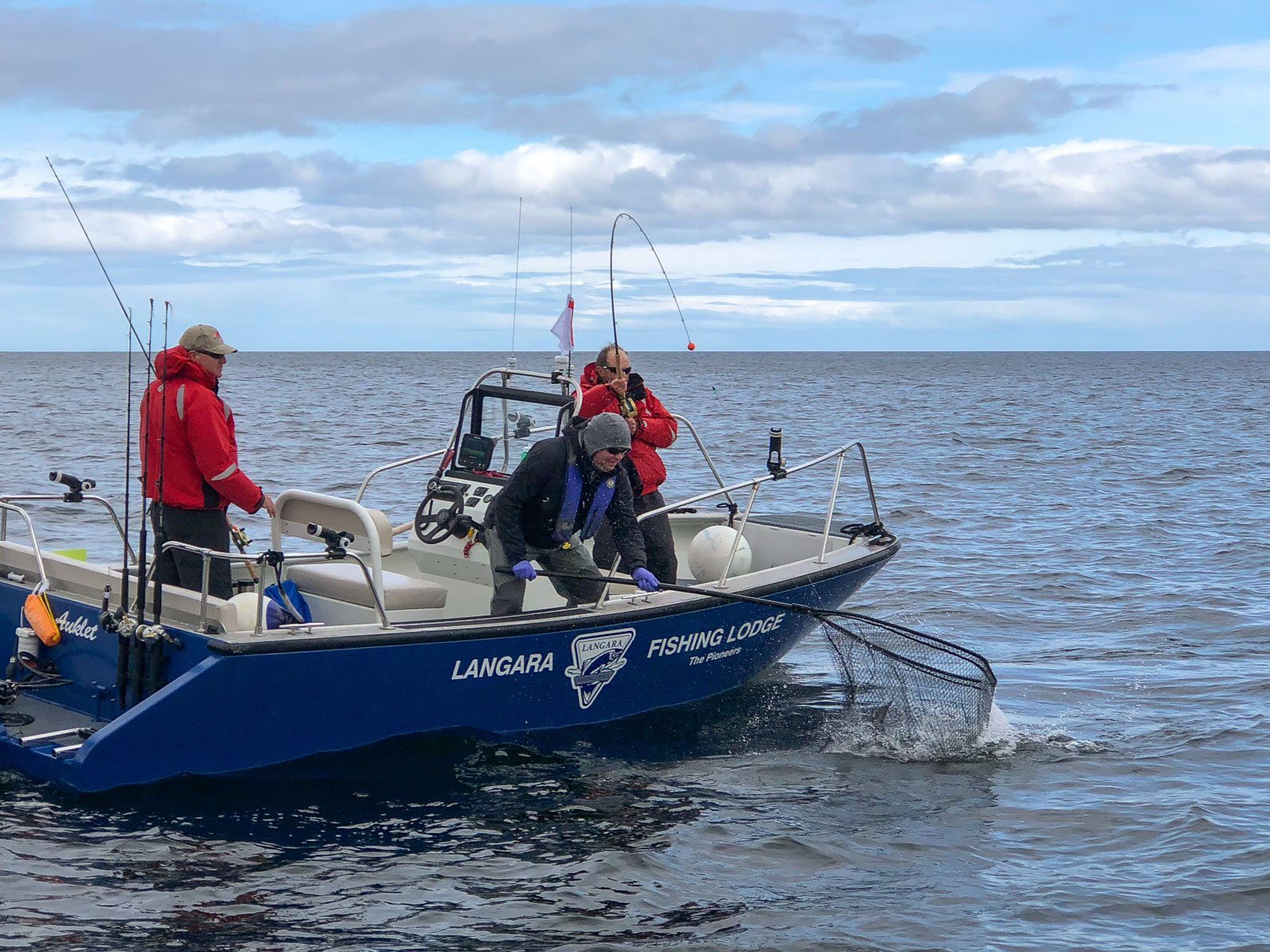 The Haida Gwaii Tournament features a unique ‘tag-and-release’ format, in which salmon netted by contestants are passed off to officials on the water, then quickly measured, tagged, and released — the measurements are used to calculate a score that closely approximates the weight of the salmon.

Each year a number of our tags are recovered, all along the west coast, providing valuable data on salmon migration and growth rates. 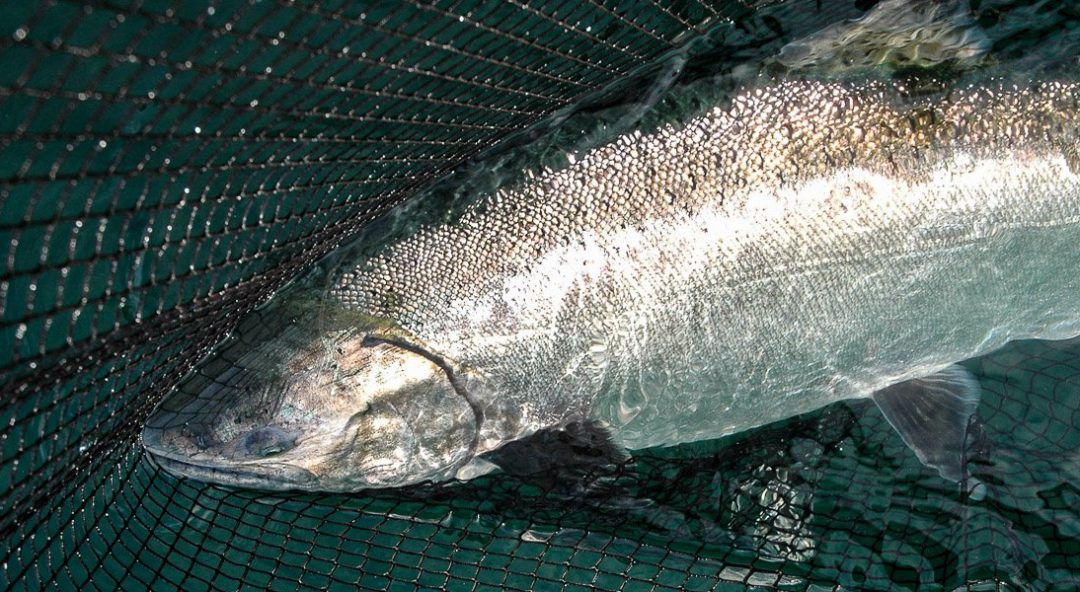 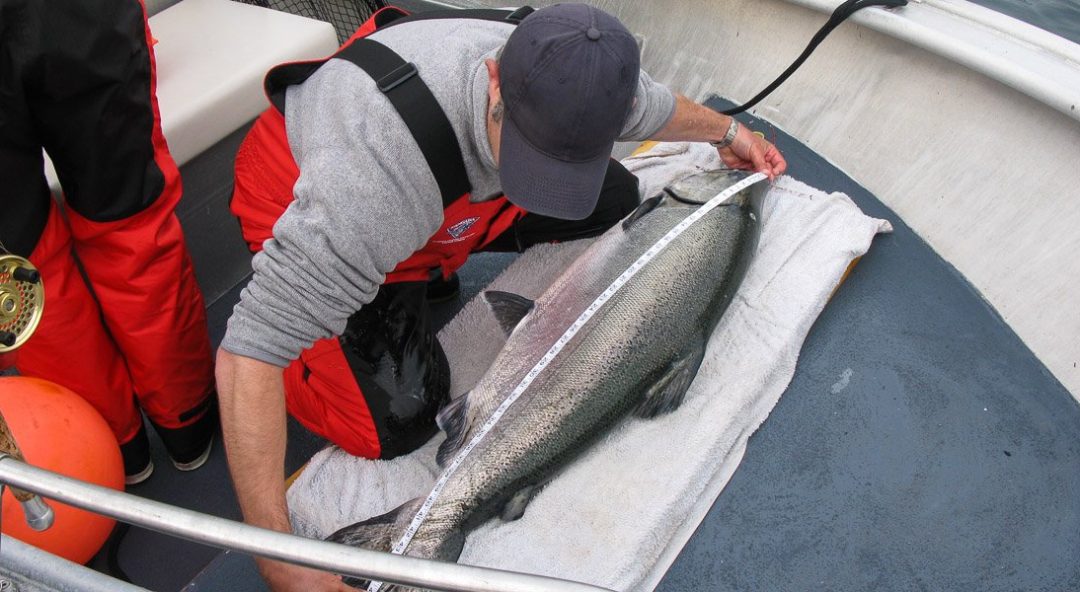 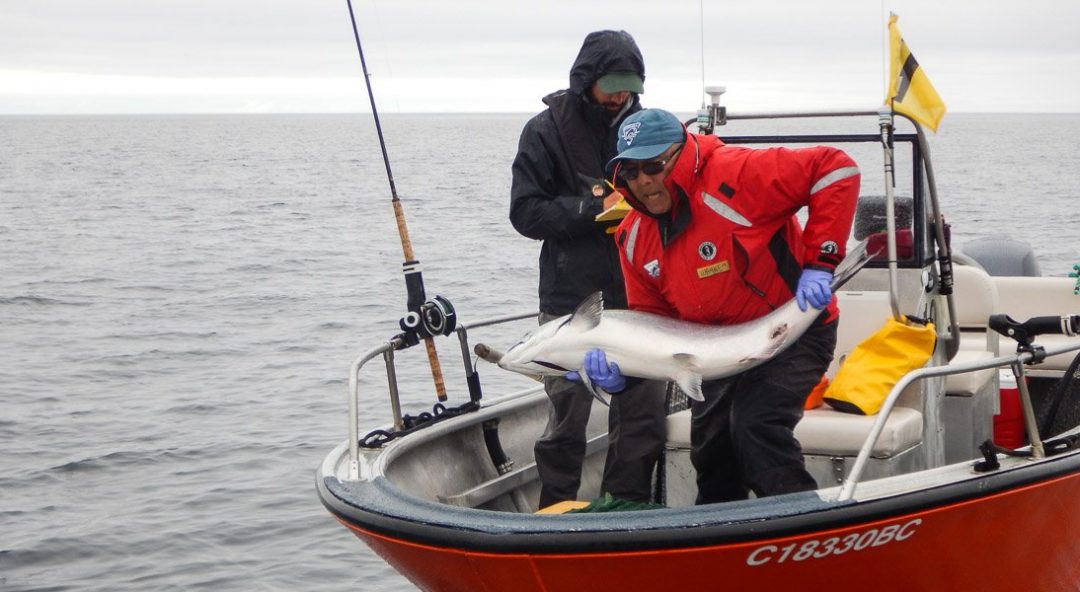 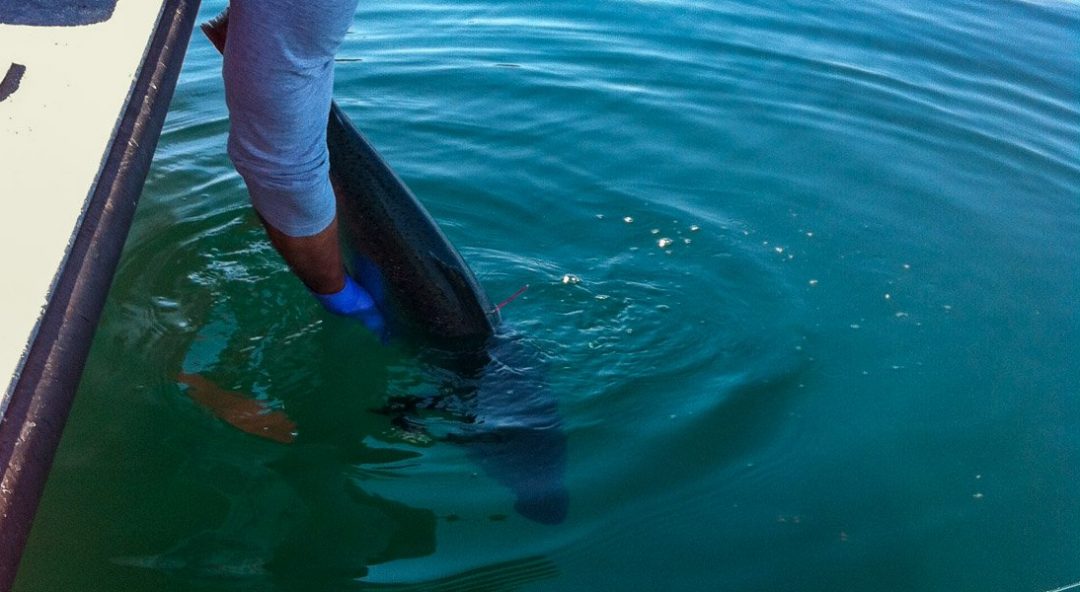 This year’s event had 43 anglers competing, with a total of 63 rods entered.

Opening day featured strong southerly winds, which persisted for much of the competition and kept the action focused almost exclusively along the Graham Island shoreline.

Most boats were sticking to Seath Point and Boulder Point, where the majority of the salmon seemed to be holding.

Bruin Bay yielded some fish, as did Chanal Reef.

Several boats spent a spell at Andrews Point, but only found a few smaller Chinook. 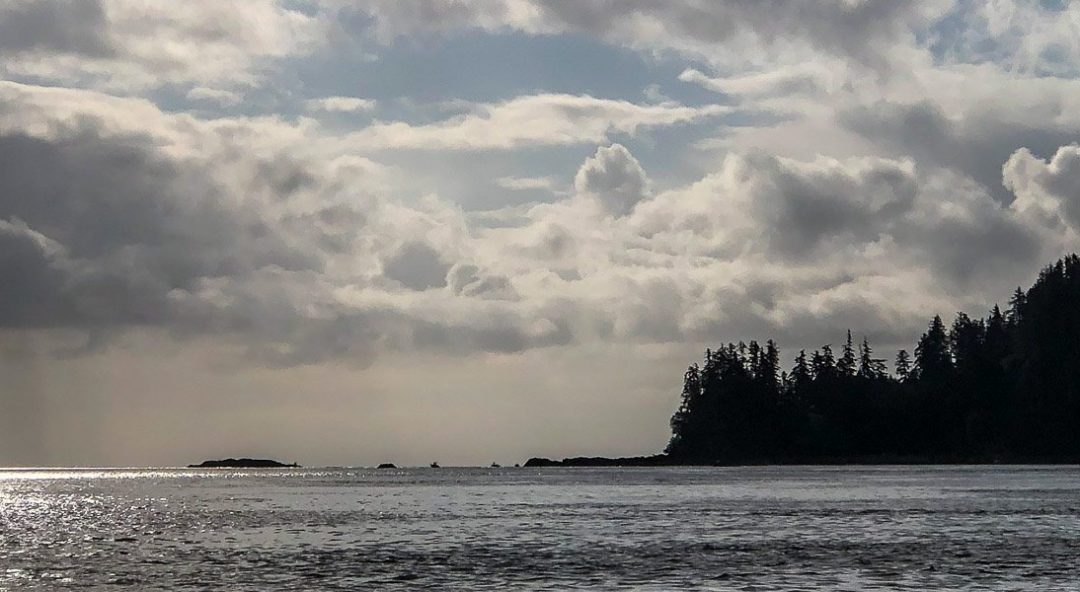 Saturday, Day One
The opening afternoon saw 13 salmon tagged, mostly around Seath and Boulder. The largest was 24.68.

With just one other salmon over 20 pounds, the tournament was still wide open.

It’s rare for the tournament to finish with a sub-30 winner, so expectations were high that the 1st place fish was going to be found on the final day. 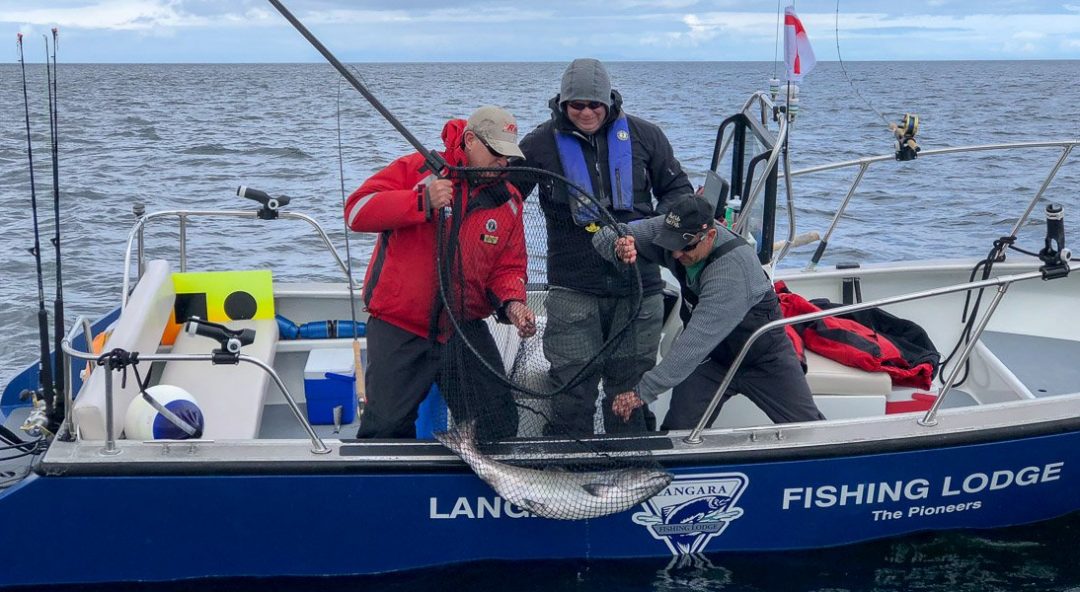 Monday, Day Three
The weather improved for the final morning, and the radio was busy throughout the day with another 19 scores announced, including a Chinook measuring 21.38 early in the morning from Bruin Bay.

But nothing challenged the lead score from the previous day.

3rd place: Micheal O’Leary, with a Chinook measured at 21.38, caught and released in Bruin Bay on Day 3.

2nd place: Harold Drok, with a Chinook measured at 24.68, caught and released off Seath Point on Day 1.

1st place: Congratulations to Jim Myshak, our 2018 Haida Gwaii Tournament winner, with a Chinook measured at 27.37, caught and released off Seath Point on Day 2. 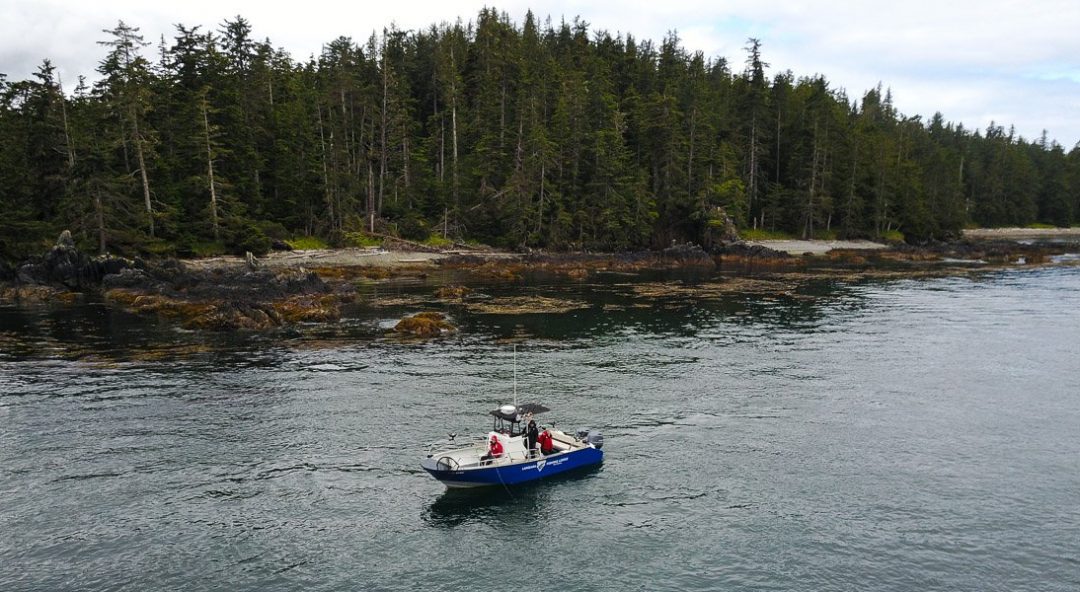 Overall, a total 52 Chinook were handed over to officials, tagged and released.

Langara Island is an ideal location for conducting such research — throughout our season, all five species of salmon, migrating to rivers all along the west coast, are passing through our waters.

Each season we tag scores of salmon, in the hope that those tags will later be recovered and reported to fisheries researchers. 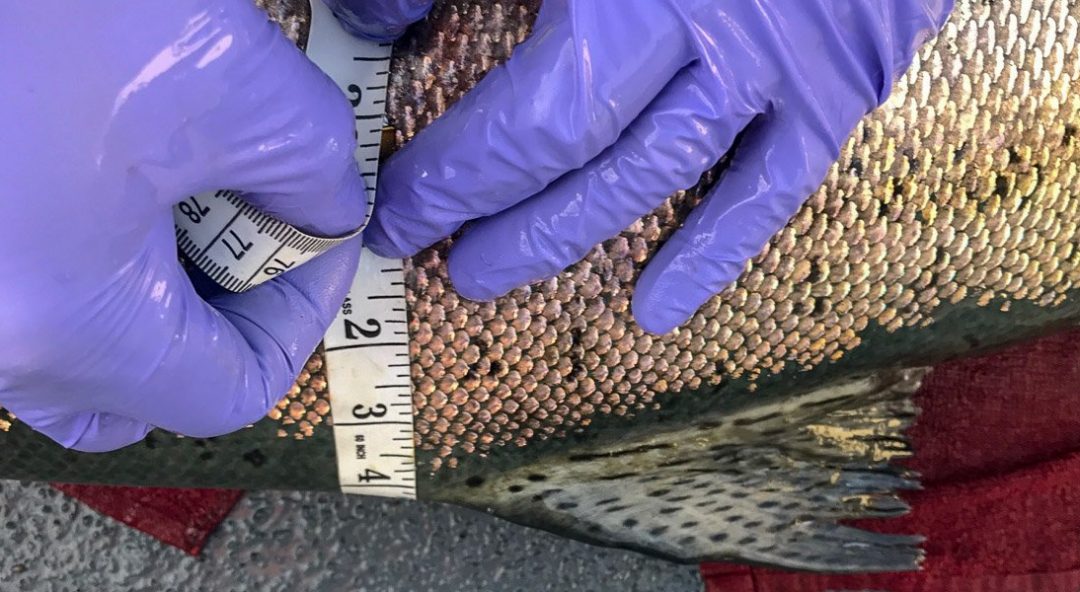 Just a handful of tags are recovered, but those that are provide valuable information on salmon migration and growth rates.

In recent years, salmon tagged at Langara Island have been recovered everywhere from SE Alaska, to the West Coast of Vancouver Island, the Oregon coast, and over 600 miles inland on the Columbia River in Washington State.

Thanks to all of this year’s contestants for supporting and contributing to these efforts.

To reserve your spot in the 2019 Haida Gwaii Tournament, click here. 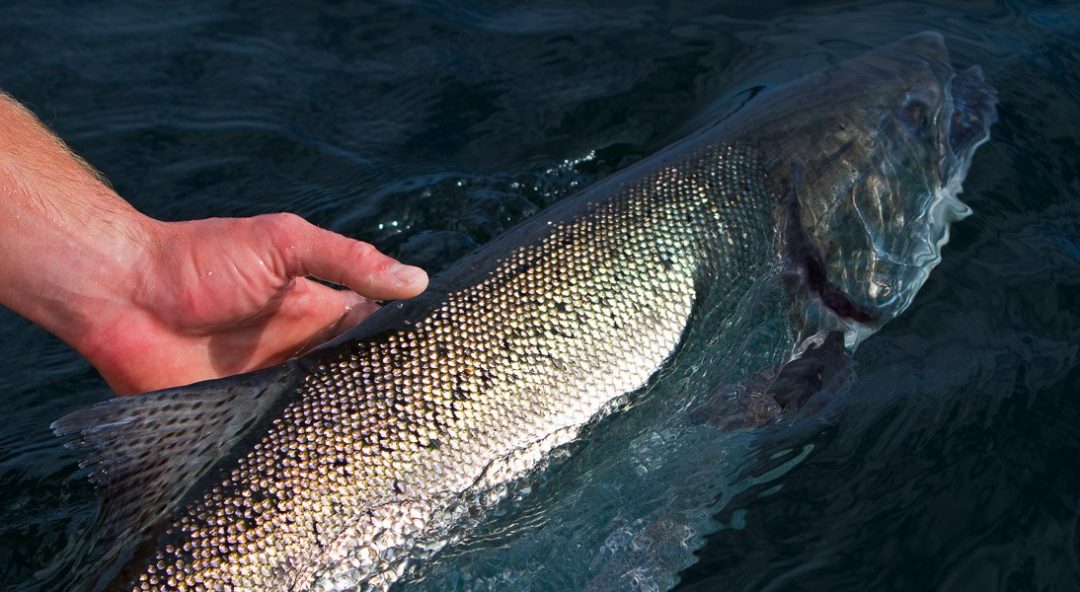