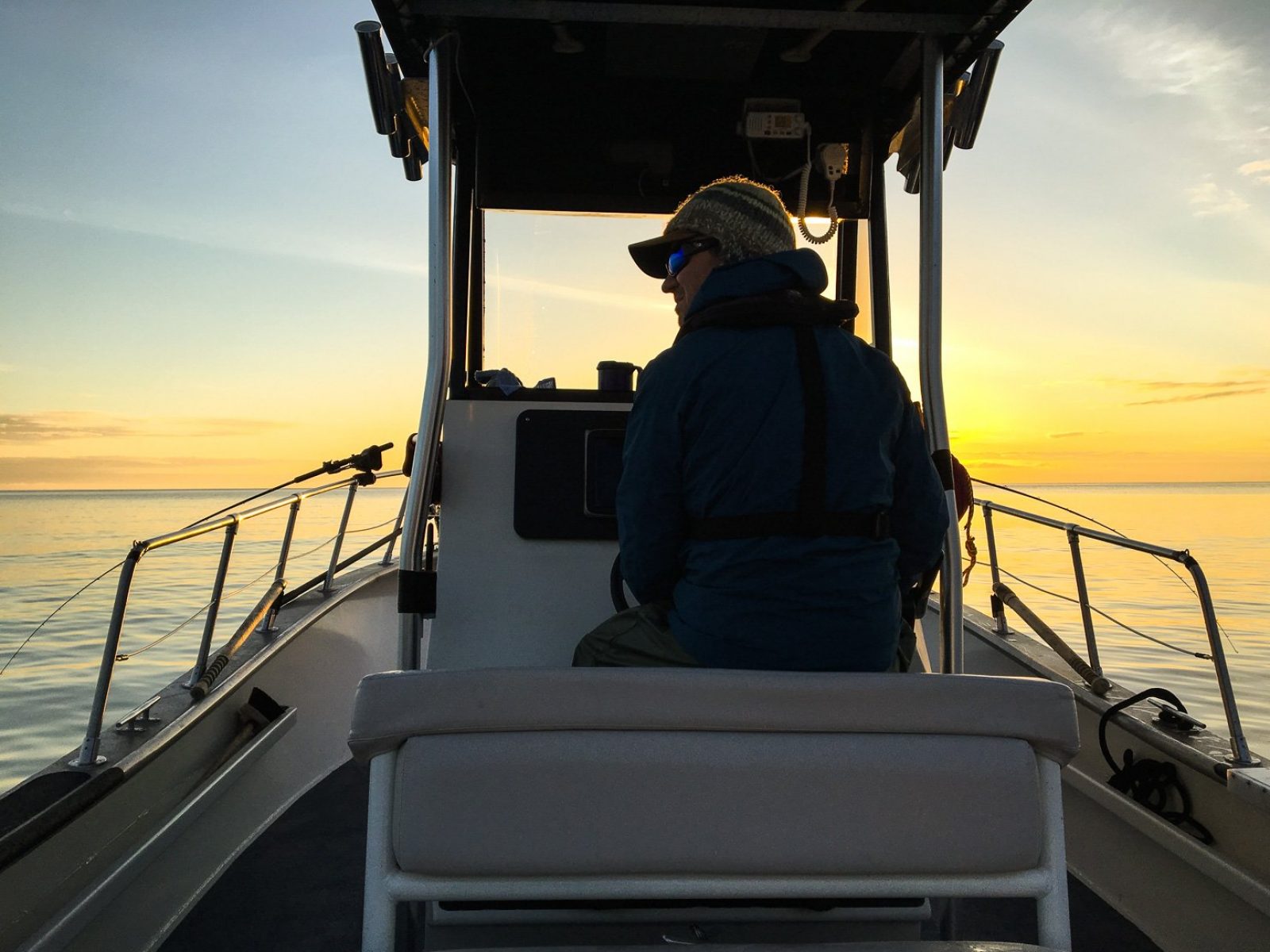 It’s been another Jekyll and Hyde week at Langara — calm and polite conditions to start the week off, then a couple days of blustery SE winds, and now back to beautiful.

These changing conditions obviously had us moving around a bit. We’ve been finding fish all around the island when the conditions allow, but when it shifted to SE mid-week a lot of the pressure moved to Lepas Bay. It provides some shelter from those easterly winds, and there seems to be little waves of salmon showing up on both tides off both the north or south entrance to the bay, so it’s a good place to stick-and-stay in those conditions. 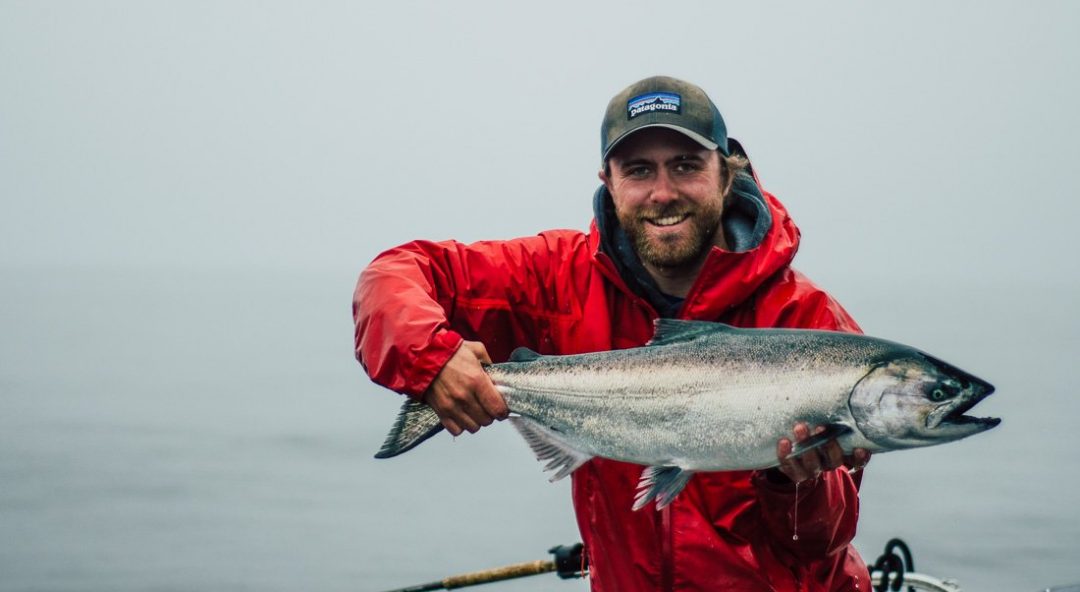 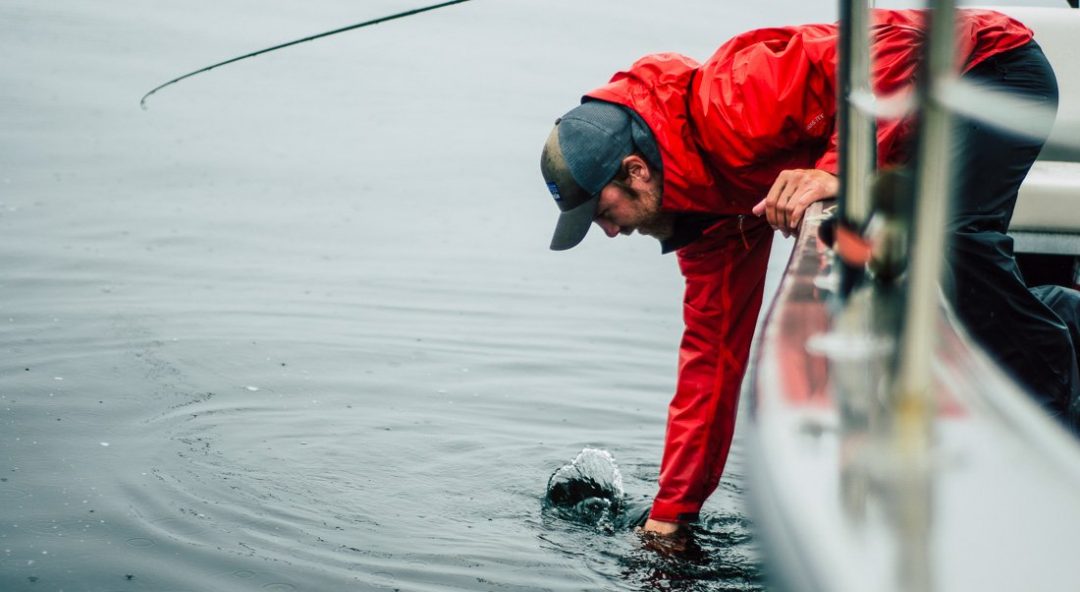 Cohoe Point has had a couple of decent days now since the conditions returned to calm. A good number of Chinook and a few Coho were found there yesterday. Burger King, east of Seath towards the Jalun River, has had some fish right at the high water tide change.

Bait has been a bit difficult to find lately and when it is evident on the sounder it has been on the deeper side. Anglers dropping into the bait balls have found success in that approach. 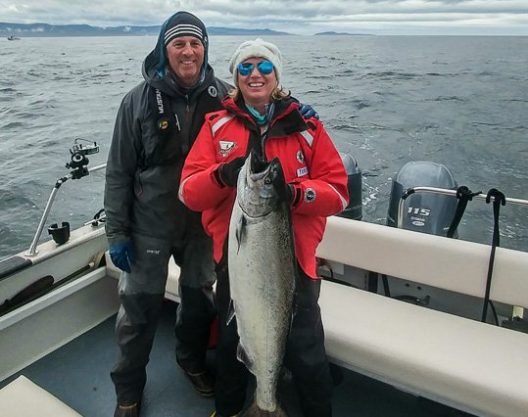 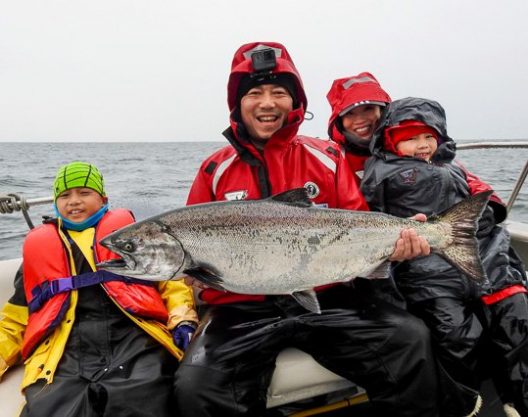 Langara Rocks had a snap of Chinooks yesterday right at the flood tide change, and most were very deep — the successful anglers were hitting them from 50-100 pulls off the rocks.

Digging into the springs in our fish pit, almost all of them have herring in their stomachs, so the bait is out there.

Tide bites is the definitely the current strategy — the better bites are happening right at the slack tides, so you want to be making the most of those periods in the day.
The largest Chinook so far this trip is 34.5-pounds, and the largest Coho is 10-pounds. 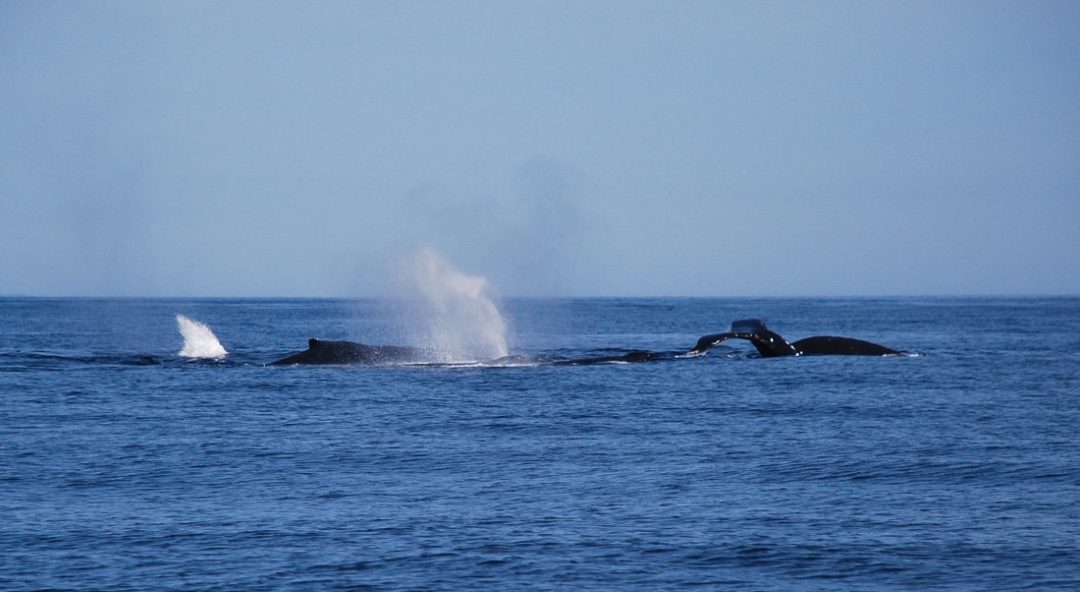 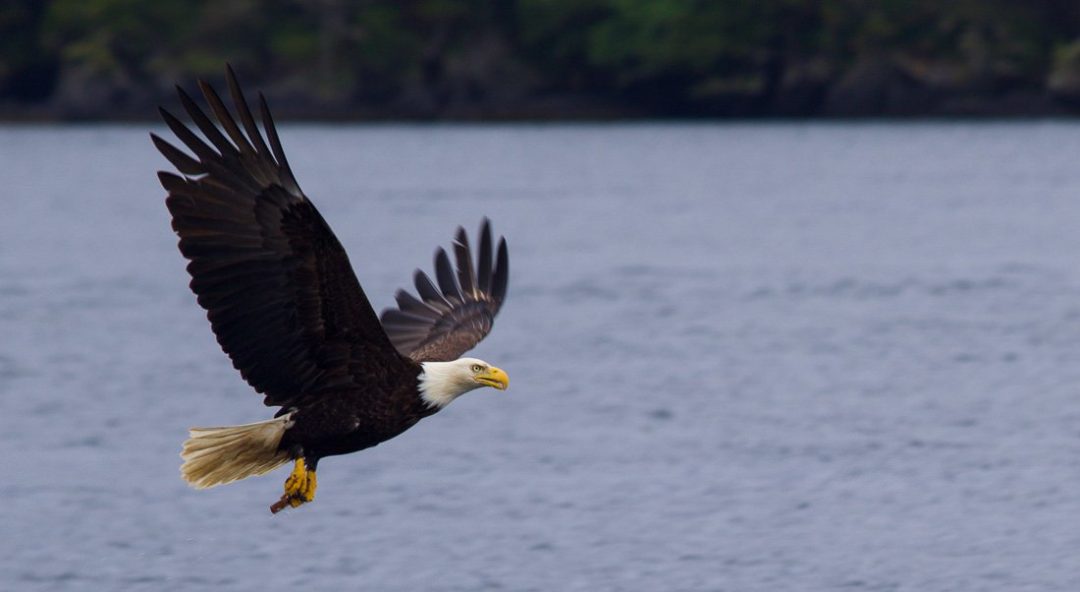 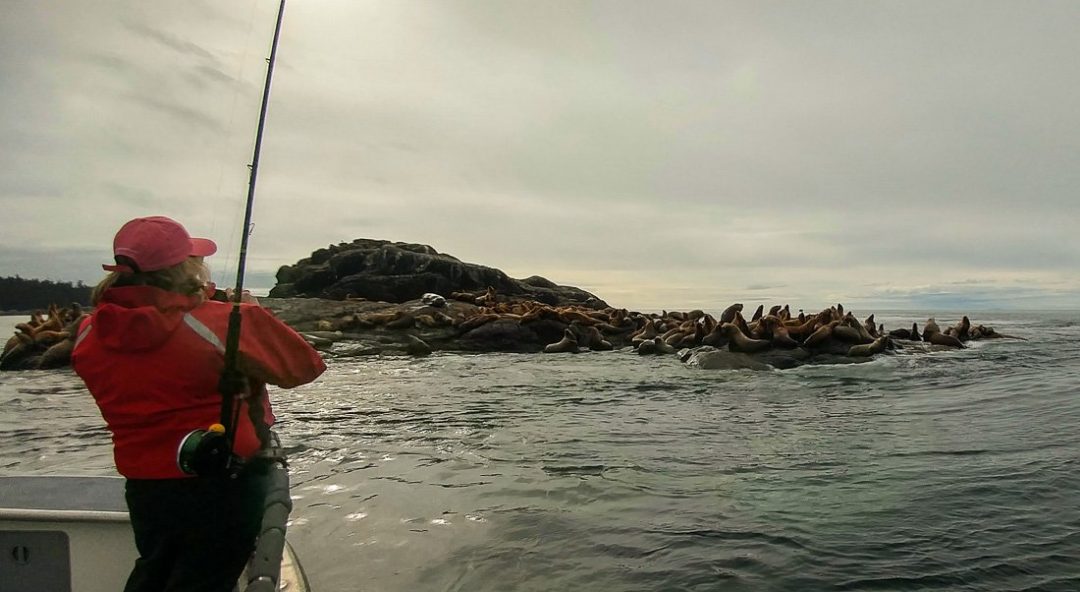 Bottom fishing was really good yesterday with lighter winds allowing us to get out off the west side. Lots of perfect turkey-sized halibut, along with some nice Lingcods.

Humpback whales seem to be a never-ending sight right now, as some large groups of them have been moving around close to the island. And we’ve had several Killer whale sightings this week. 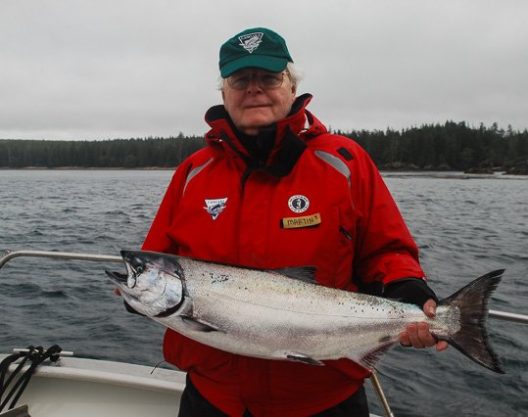 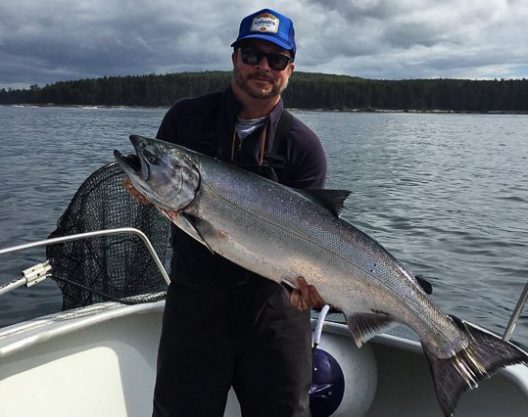 We’re in the final days of our Spring Salmon Showdown at Langara Fishing Lodge — the lucky guest who catches the largest salmon before the first day of summer wins a return trip for 2 to the lodge.

The current leading fish is a 39.5-pound Chinook, and the summer solstice is happening at precisely 9:24pm on Tuesday. Tight lines to everyone dropping a line with us this spring! 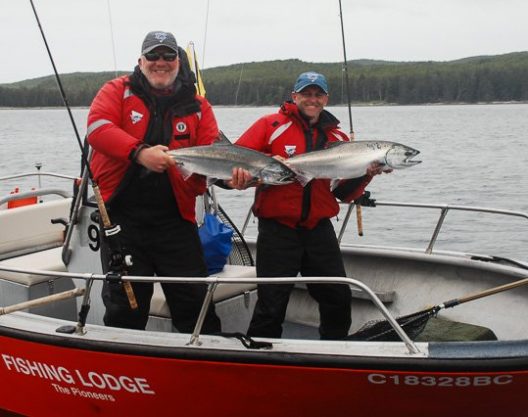 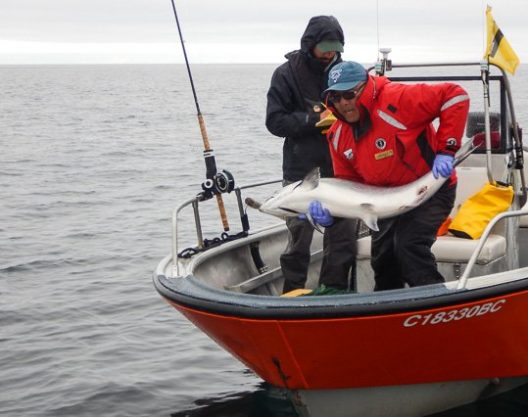 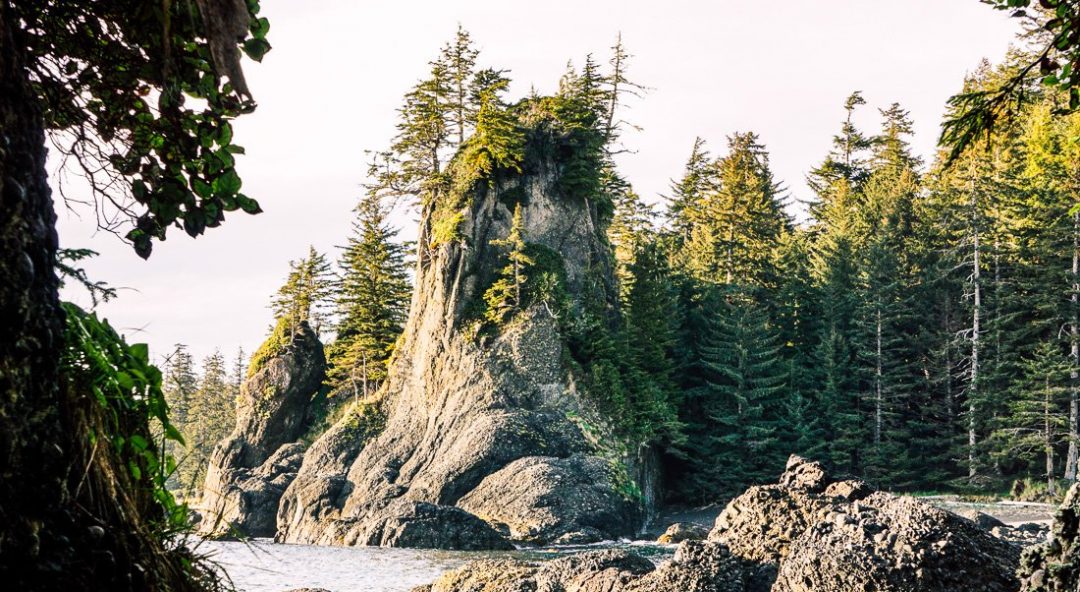 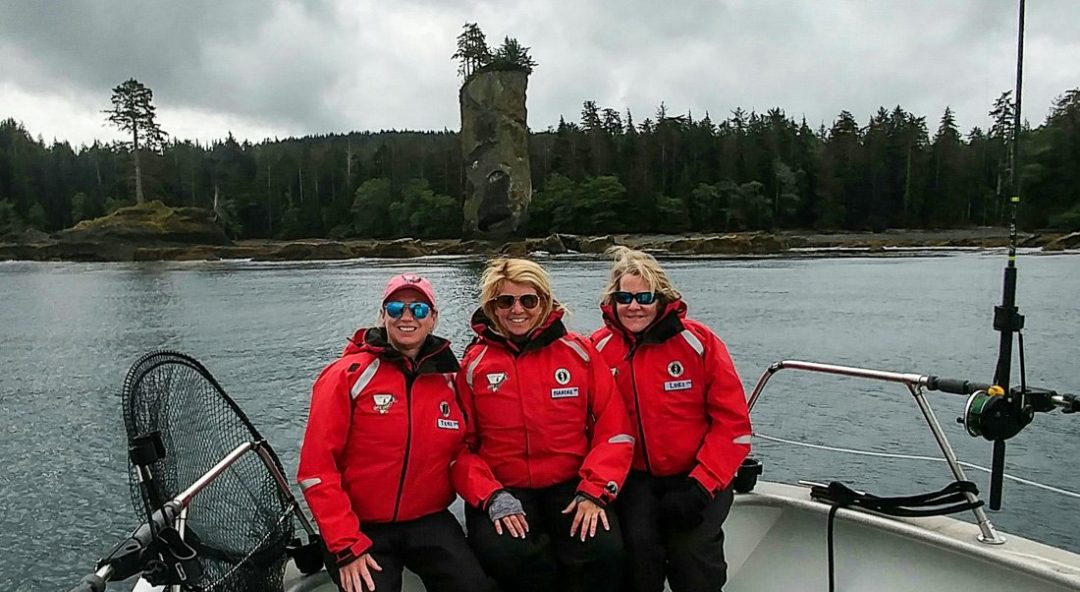