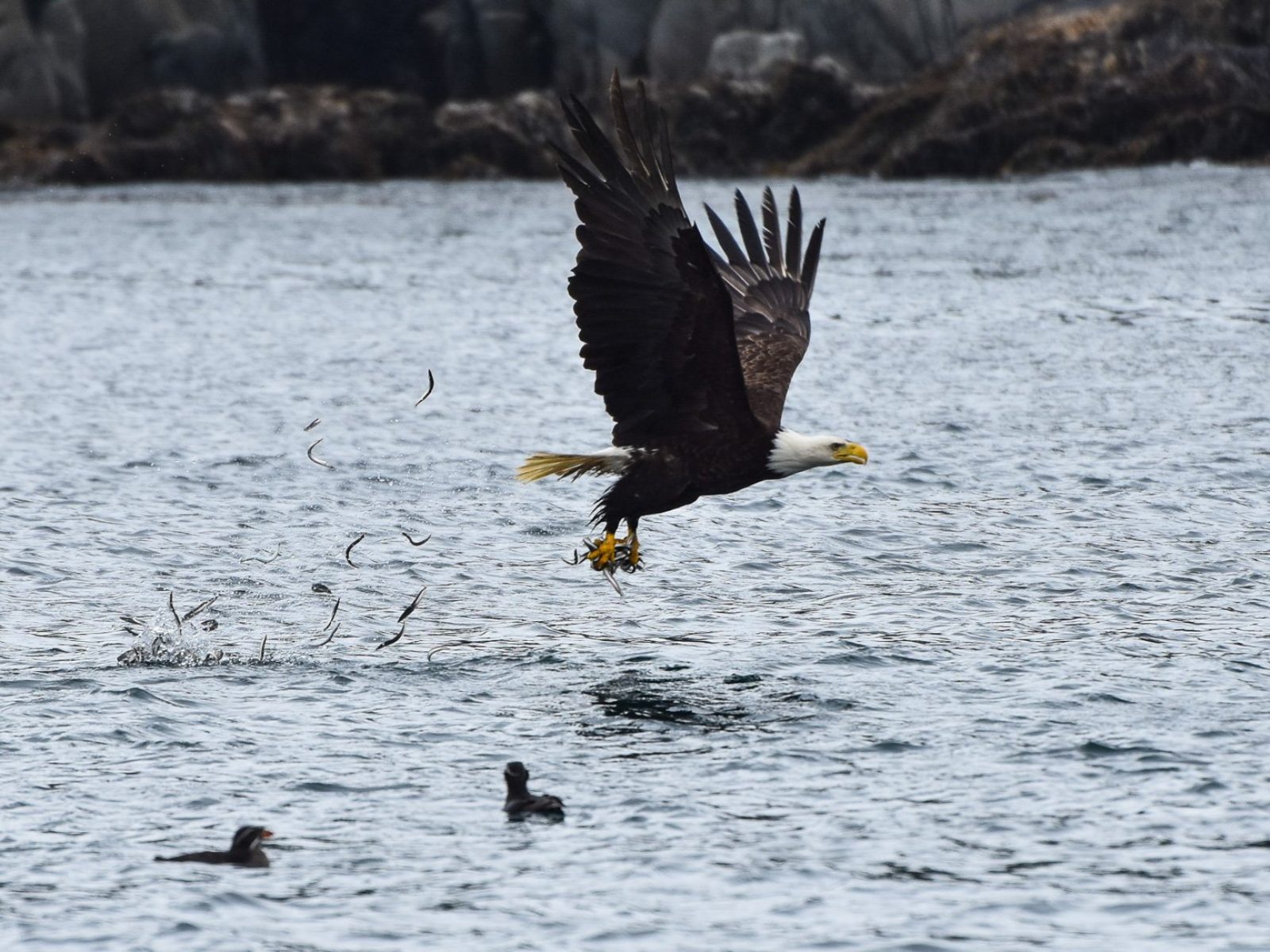 Conditions at Langara Island these past couple of weeks have been extremely variable — as in constantly changing from good to great!

Following a weather-challenged opening month of the season, we’ve been enjoying a pretty solid stretch since late June: fishing has been productive, weather has been favourable, baitfish have been schooling, and the whales have been jumping. 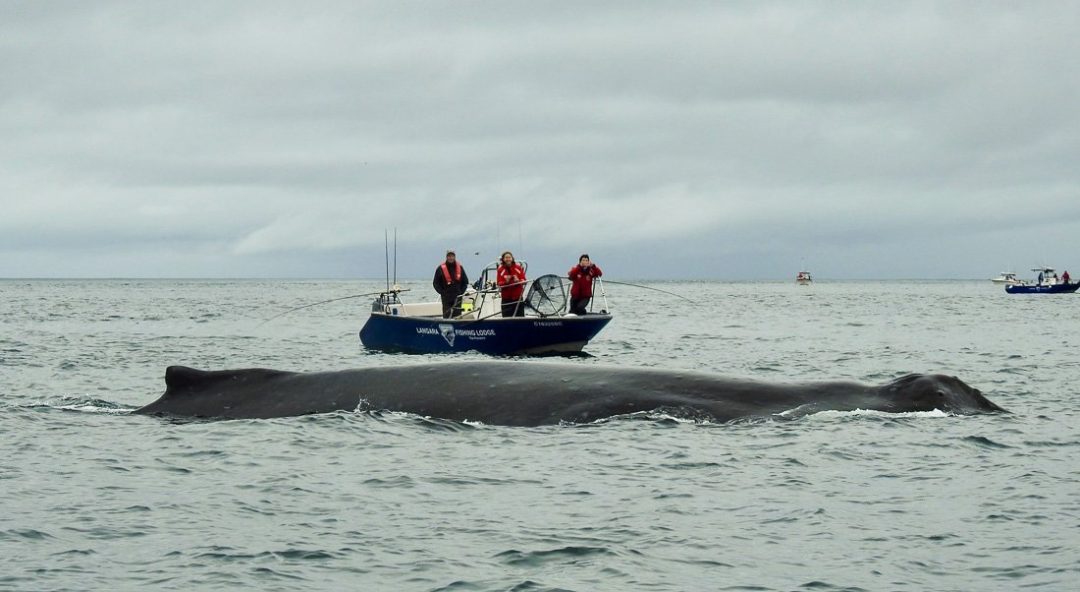 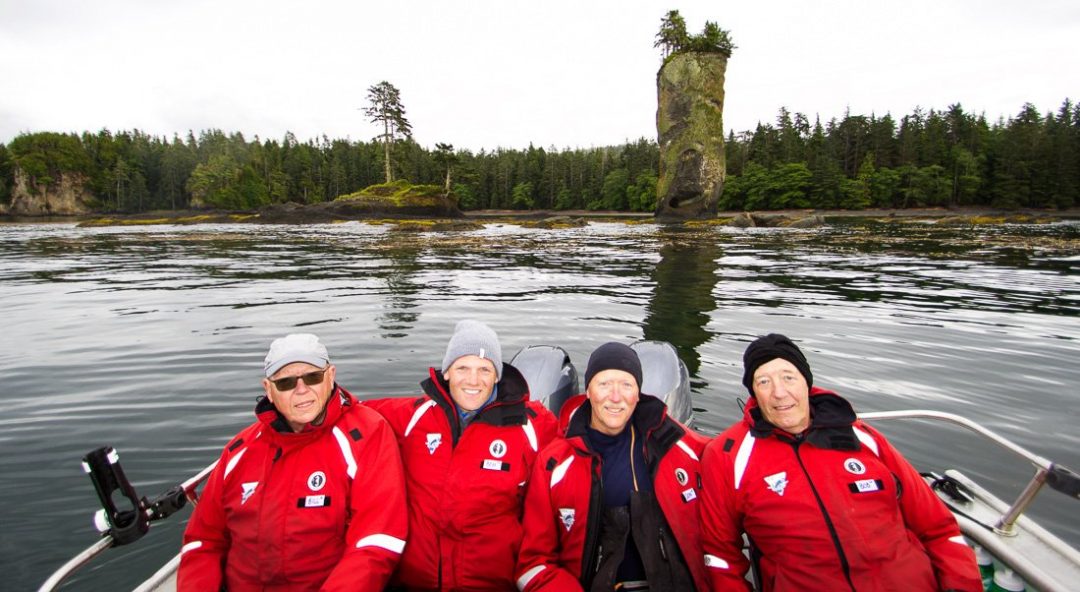 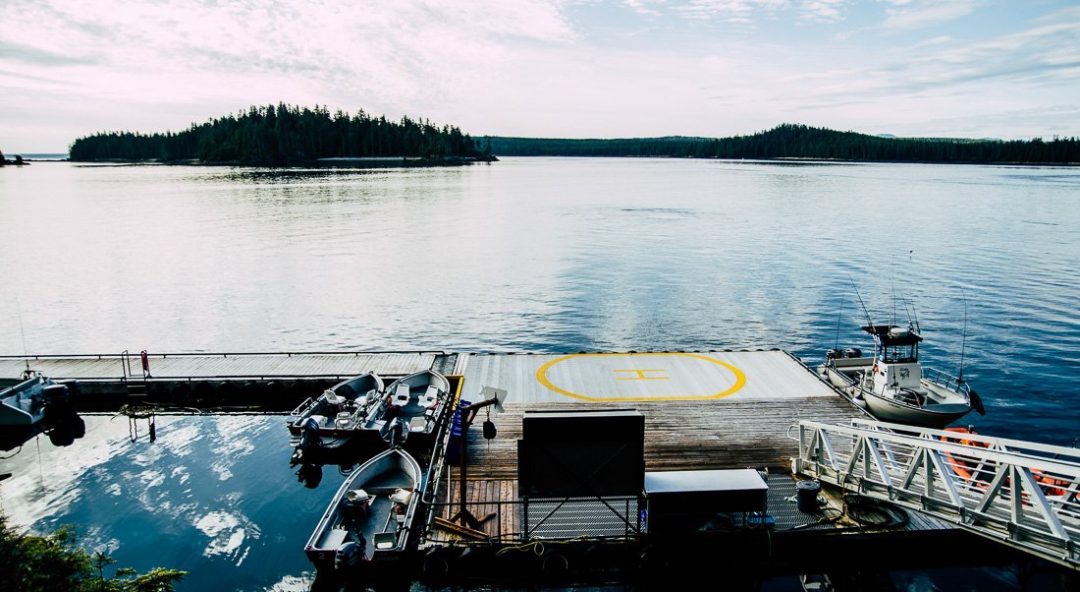 The east side of Langara continues to be the steady producer this season, with Egeria Bay, Cohoe Point, and Andrews Point all hosting solid numbers of Chinook and Coho salmon. These waters really light up when the bait sticks around for a tide or two, and it has been doing just that for the past few weeks. 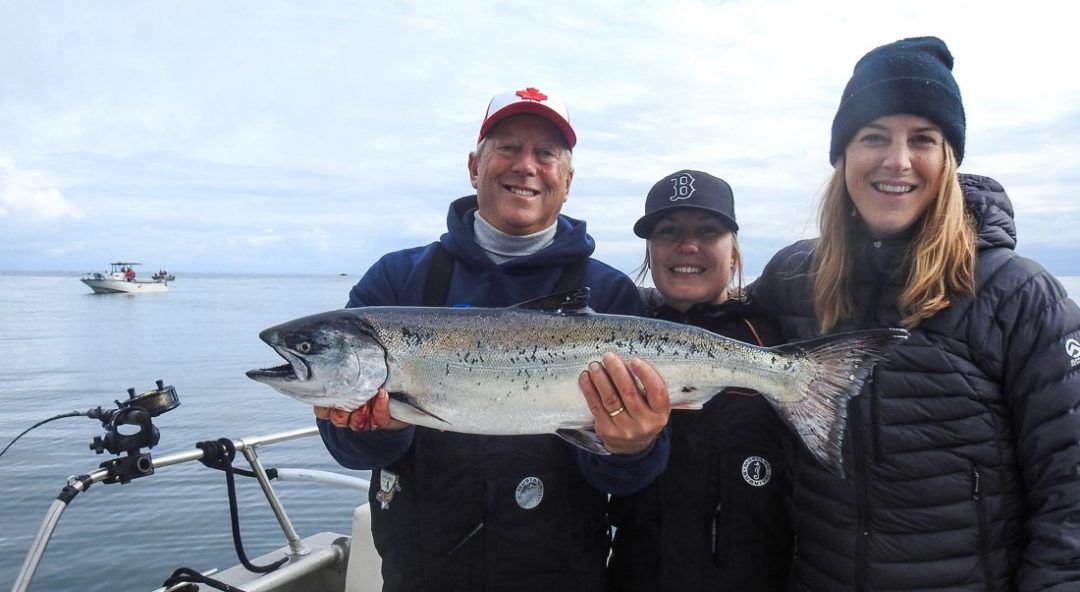 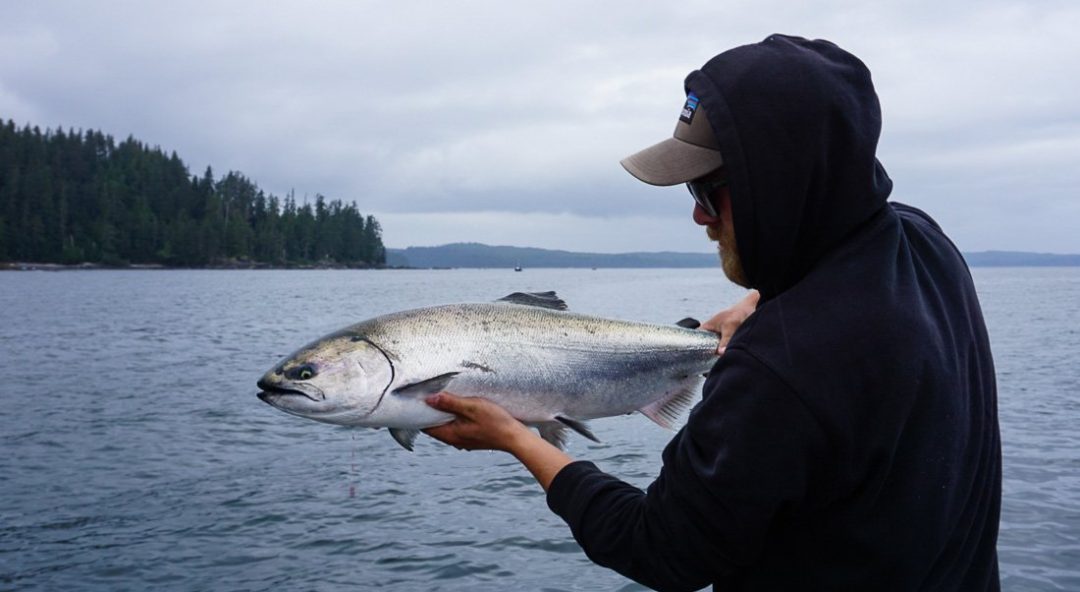 Egeria Bay has been fishing well really deep into the bay, where most people think is too shallow, around 2 hours into the flood tide. The fish have been showing up on cue here starting in 35-45 feet of water, right out to Cohoe Point. The needlefish are stacked in there, and the salmon, birds, and whales are all squeezing into that same piece of real estate. Needless to say the fish are being caught on the shallow side in there.

Some nice sizes are being found around here, as well — Cohoe Point has been the backdrop for some of our larger releases lately, including a caught-and-released 42.5-pound Chinook. 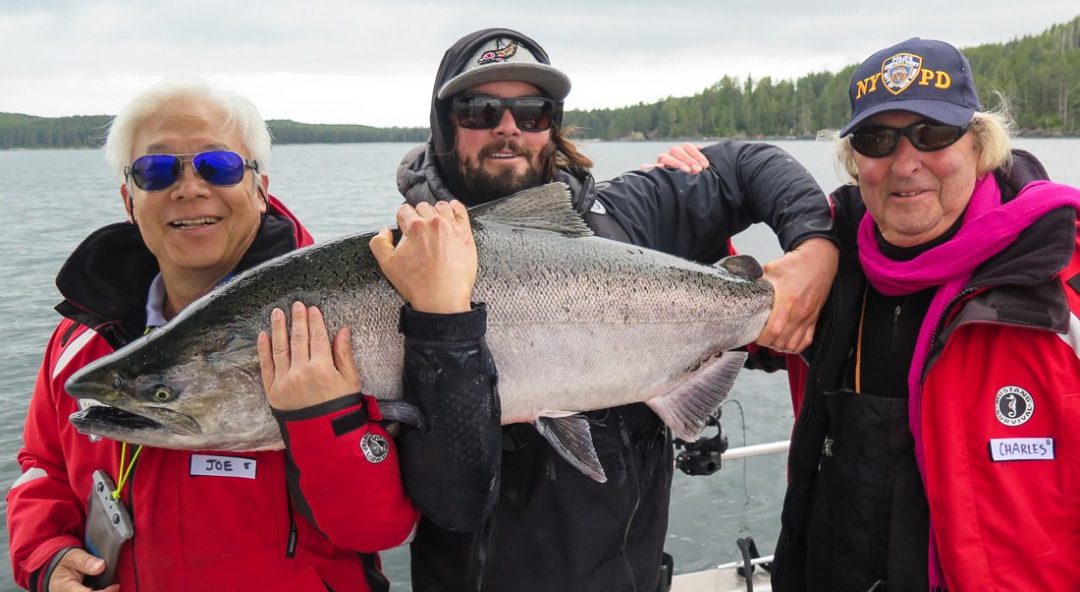 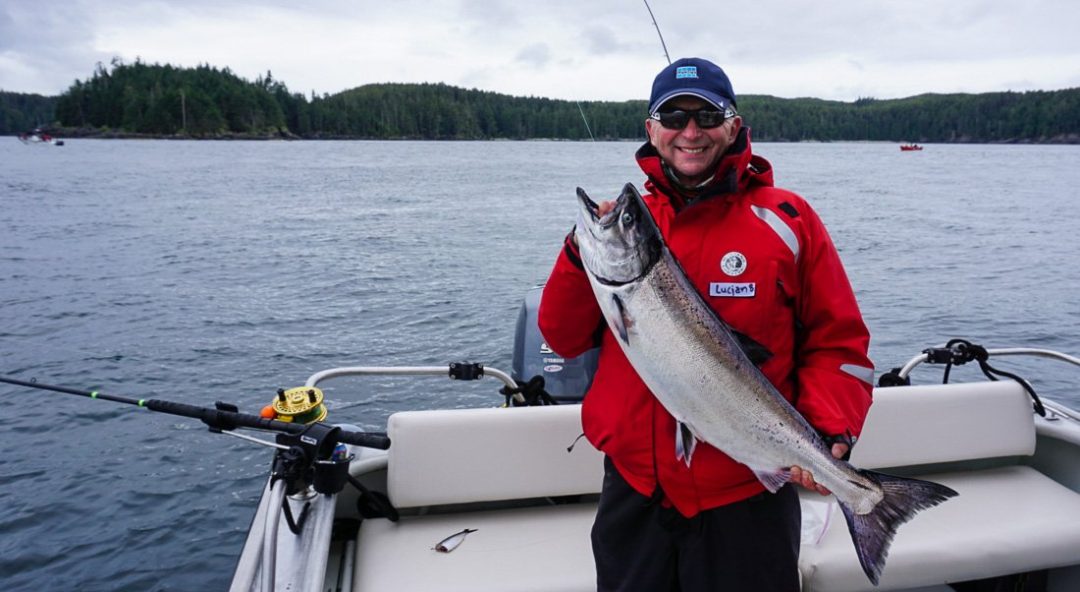 The Graham Island shoreline has been hit or miss this trip, but has produced some of our bigger fish for guests willing to put in the time for that one epic fight. Boulder Point, Bruin Bay, Chanal Reef, and Cape Knox have all had some flurries, highlighted by a 48.5-pound release and several in the 30-35-pound range. 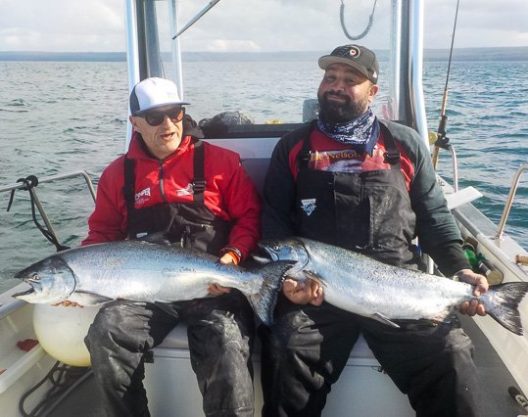 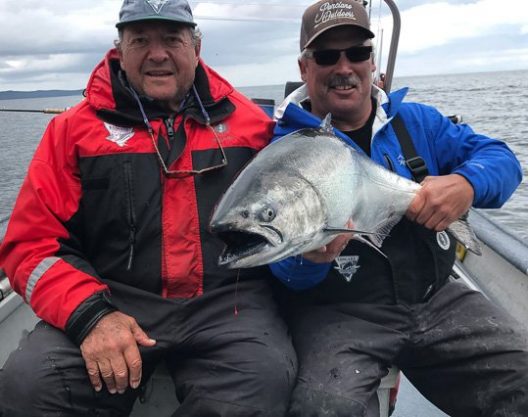 Lepas Bay had been hit and miss for salmon in recent weeks, but jumped back to the top of the leaderboard these past couple days. We had a little SE wind pop up yesterday, making that area a nice spot to hang out.

It’s been solid fishing there this morning, yielding Chinook on both the north and south shores — generally the south is best on the ebb tide and north on the flood. These waters seem to be holding almost all Chinook, with very few Coho and the odd incidental halibut being found. 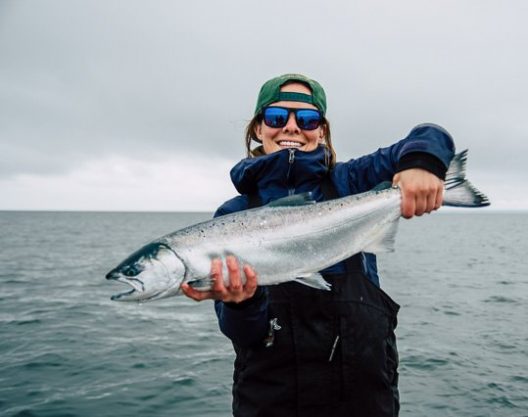 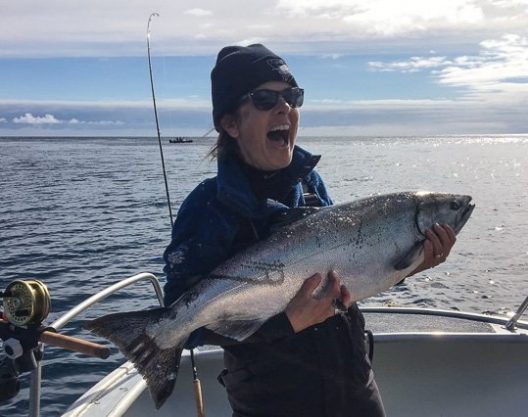 The stretch from Cohoe to Andrews, and up to Langara Rocks, has been a good spot for Coho salmon, sometimes offshore in the deeper water. At times they’ve been so plentiful here it seems like work — if anyone thought this was going to be a slower year for Coho they were all wrong; we’ve got them in large numbers and very healthy sizes, averaging 8-10 pounds and some starting to hit the low teens.

Pink salmon are coming through in waves right now and for the life of me I can’t understand how almost every one that bites gets caught! Usually you can count on most of them to nibble your bait then scoot off.

There are a lot of big bait balls around now and they can be at any depth in the column. Off the east side of Langara we’ve found Chinook and Coho at 10, 18, 25, and 50 pulls lately. The bait seems to be really scattered tide to tide and depths can vary day to day. 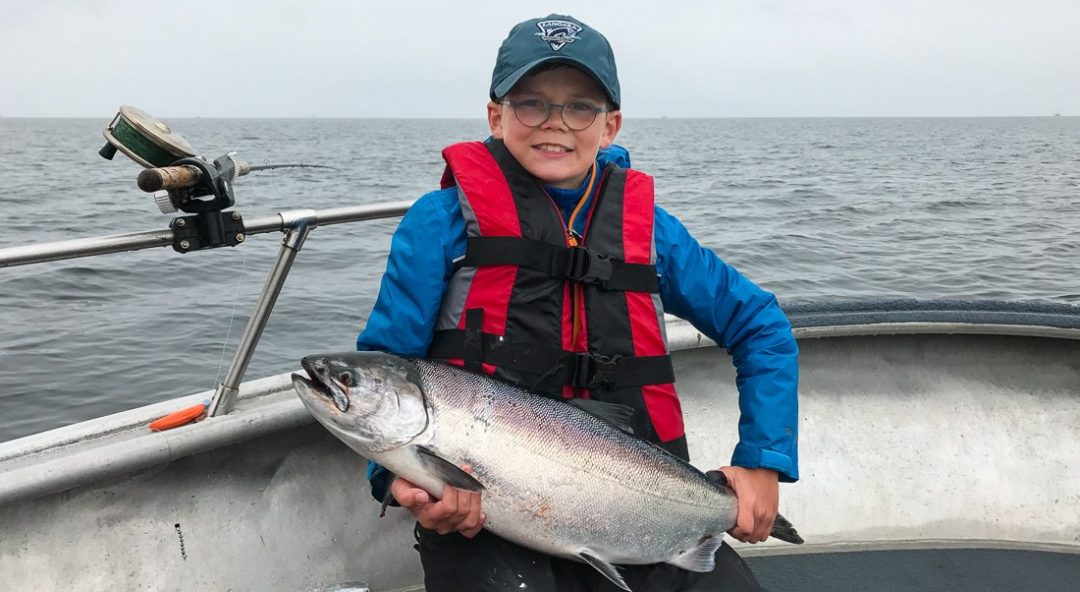 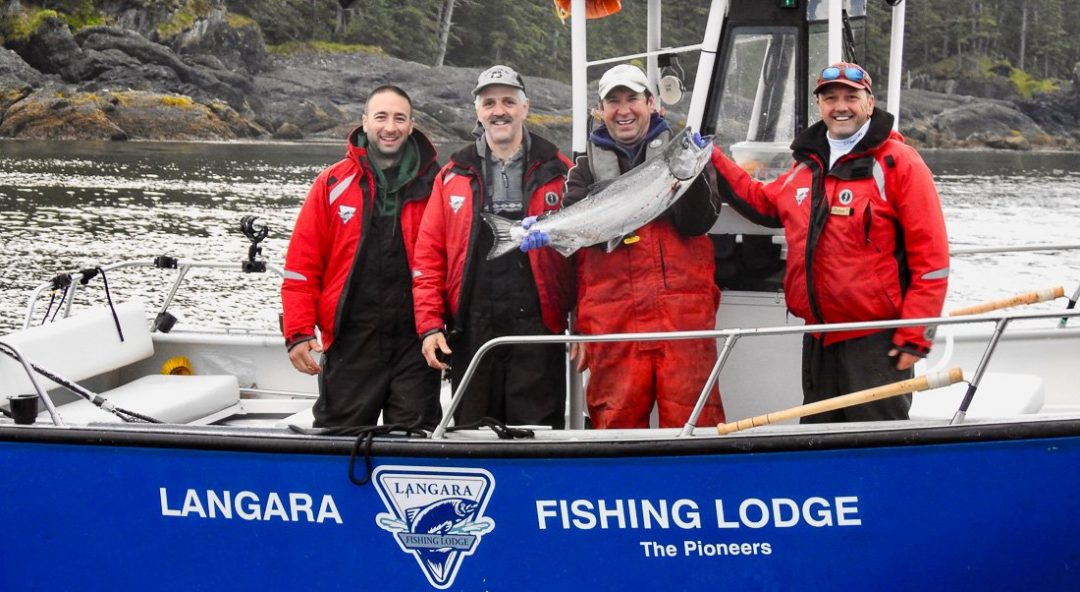 Humpback whales have been spotted just about everywhere around the island these past couple weeks. There’s always one or two lazily feeding in Egeria Bay, and a few more hanging out around Seath Point. And we’re frequently seeing large groups passing by the fishing grounds, sniffing out baitfish around the island.

Killer whales have been a frequent sight lately. A very large pod of 20-30 Resident orcas were have been appeared several times in the past couple weeks. They scatter the salmon, but never for long. Pacific white-sided dolphins and Dall’s porpoises have also been seen recently. 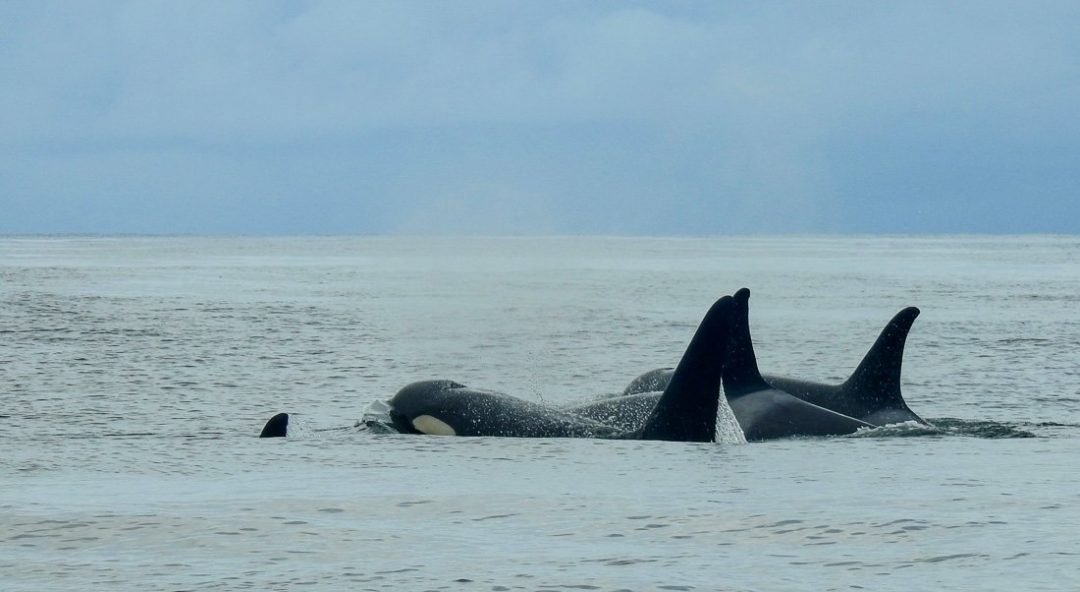 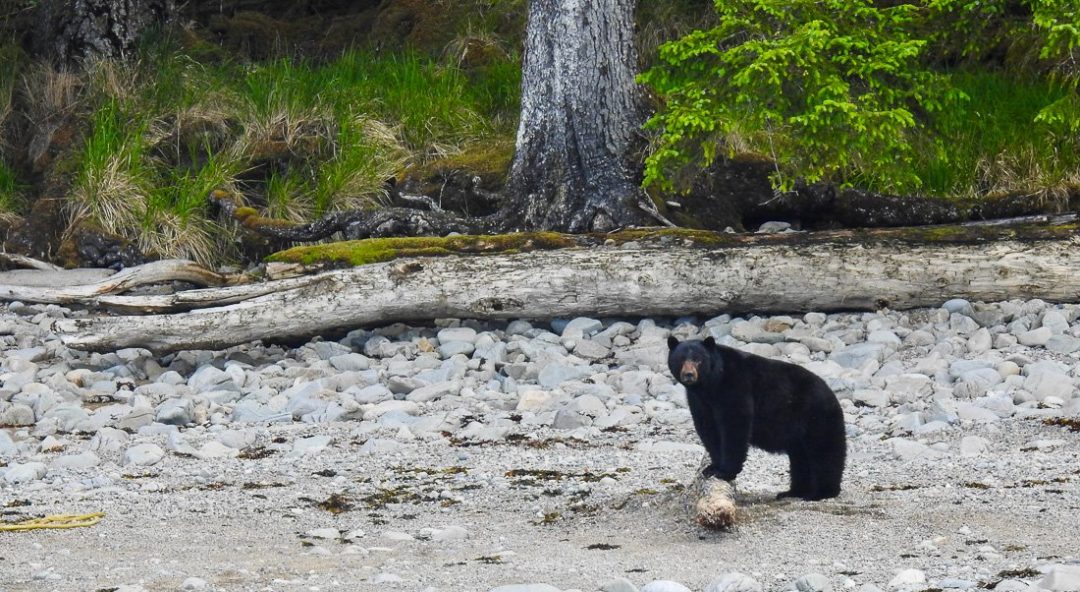