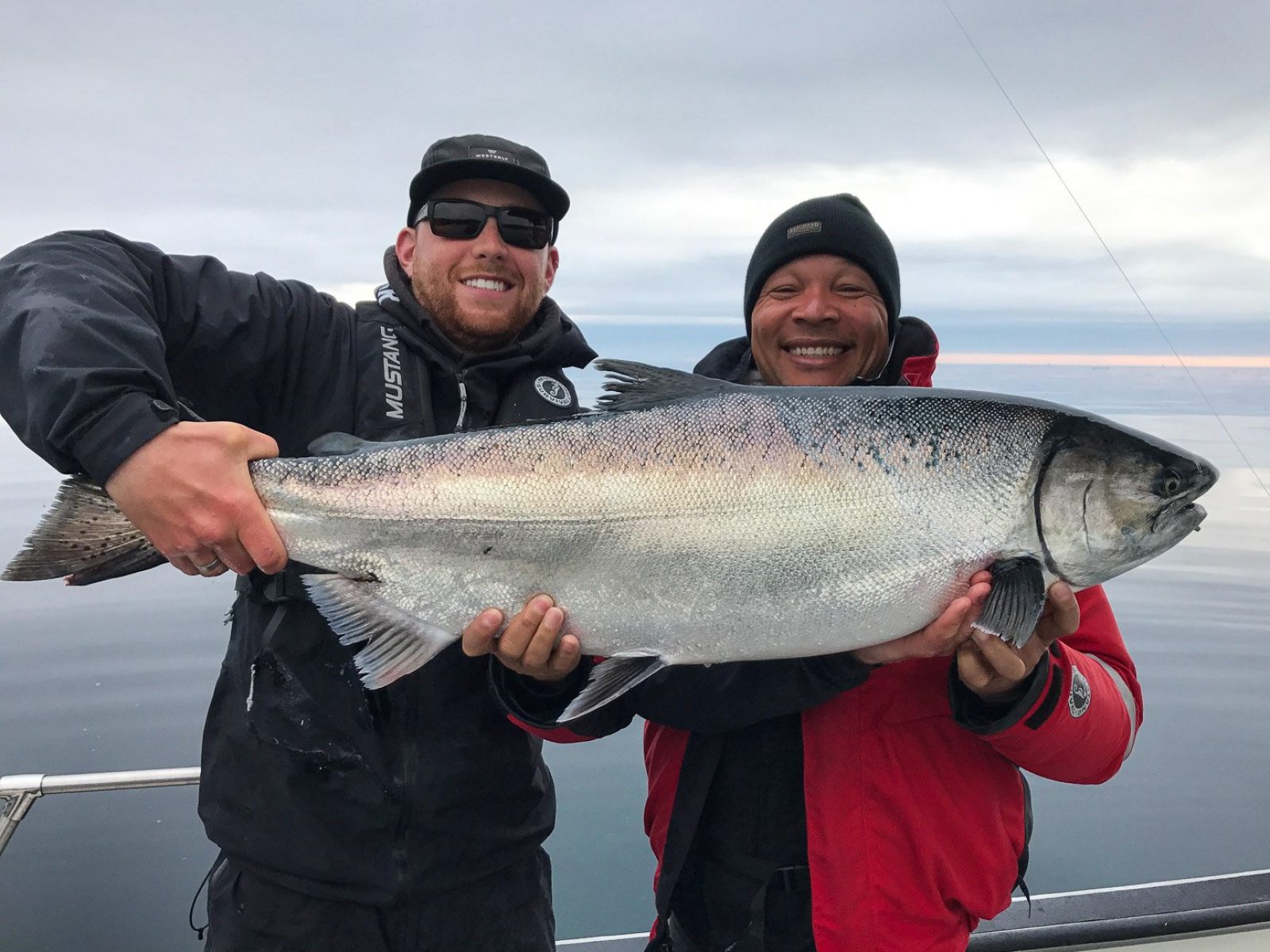 A trickle of big springs in the first half of July has turned into a torrent of Tyees these past two weeks!

We had already seen a few in the 40s this season, including a couple flirting with 50-pounds — serious sizes on any trip, especially in a year that has featured more Chinook in the teens than 20s. 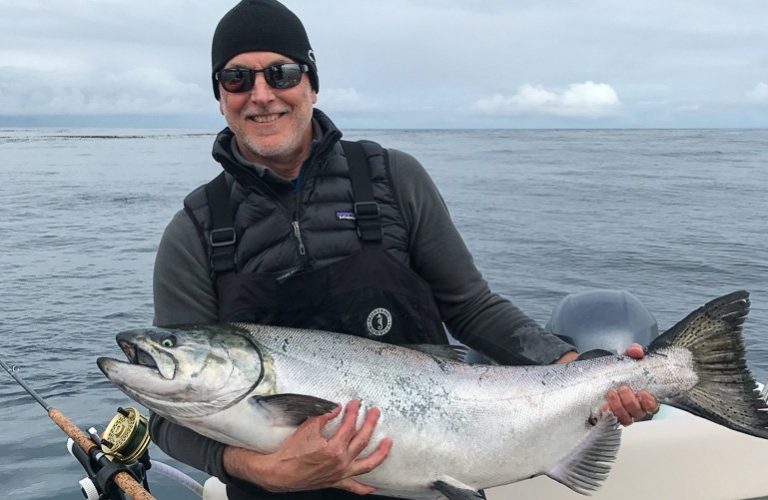 But the benchmark for this season quickly changed last week when the largest salmon of 2017 was landed off Gunia Point, measuring out at just over 60-pounds! Congratulations to longtime guest Gary Loos on this incredible catch. Since then, hardly a day has passed without another big fish caught and/or released here at Langara. 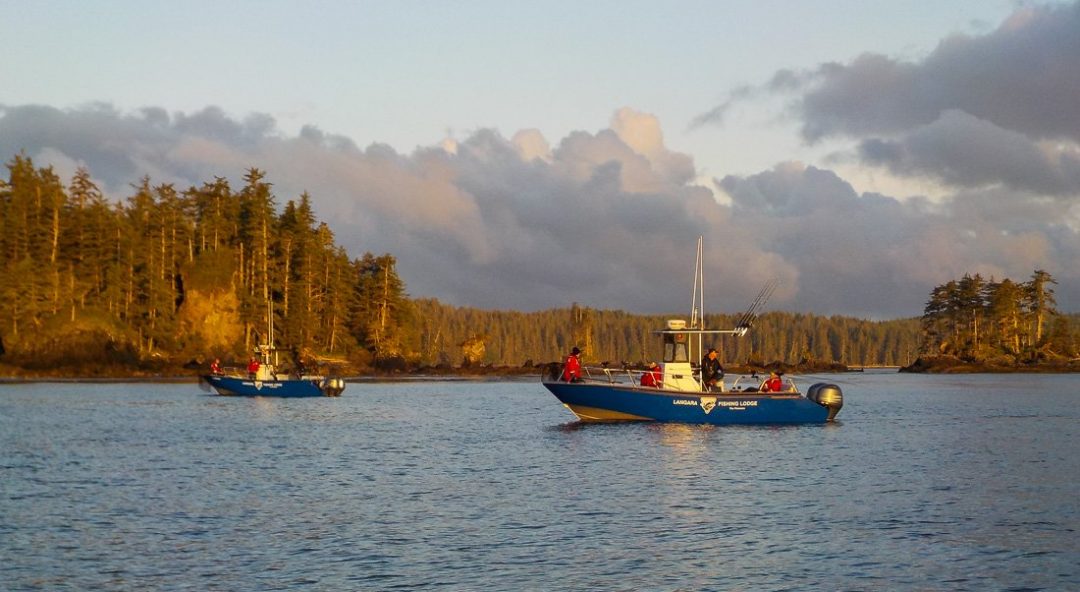 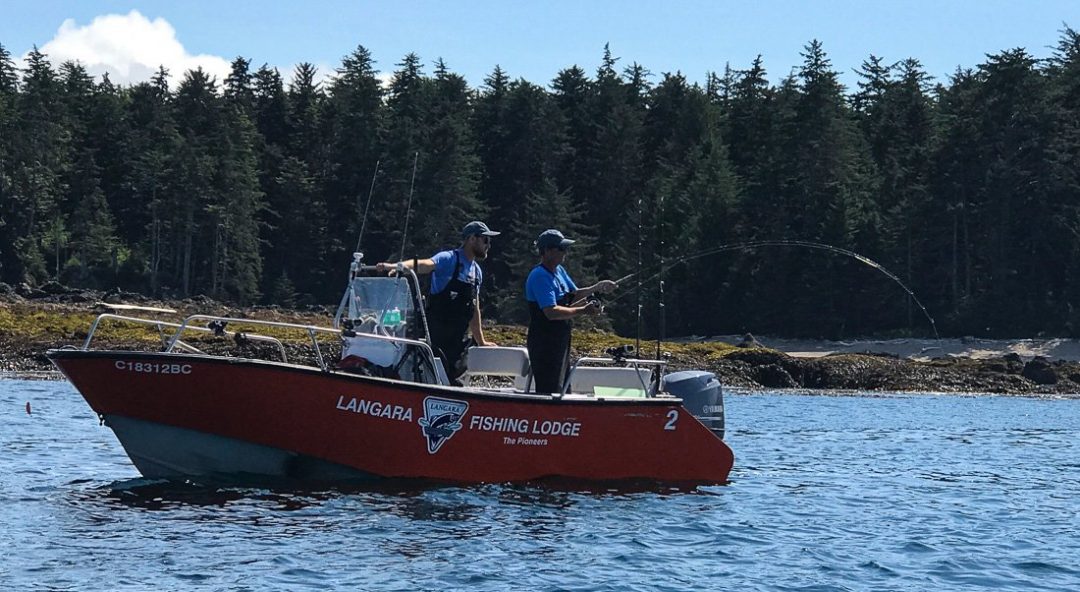 The ebb tide is the fishiest, with the action heating up a good hour before high slack from Seath Point to Chanal Reef. Generally, the fish will show up at Seath first, then filter out through Parry Pass with the ebb current. 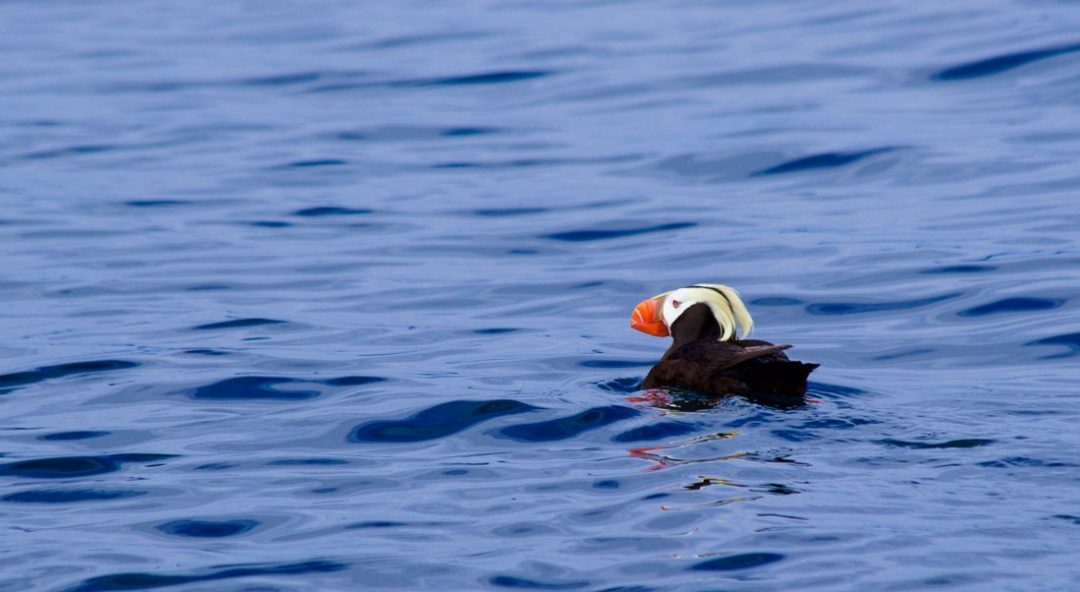 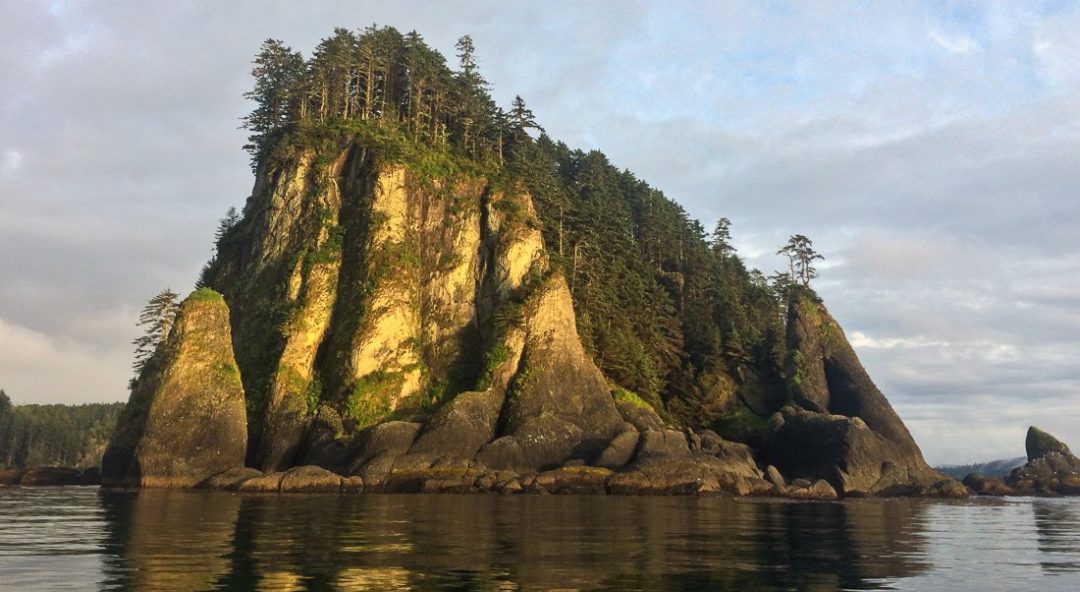 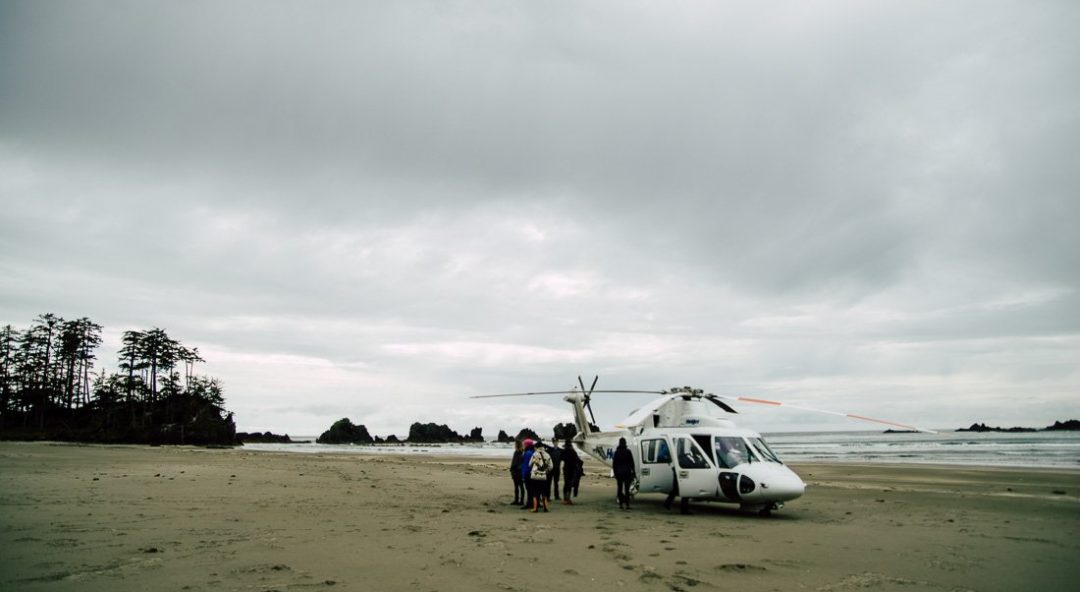 Boulder and Gunia Points have been the most productive spots along Graham, with springs being found shallow here — many have been pulled out of the kelp on the shallow rod closer to shore.

Several salmon over 30 pounds were found off Seath, Boulder and Gunia yesterday morning on the ebb, the best being this 49.5-pounder caught by a skilled 14-year old guest! 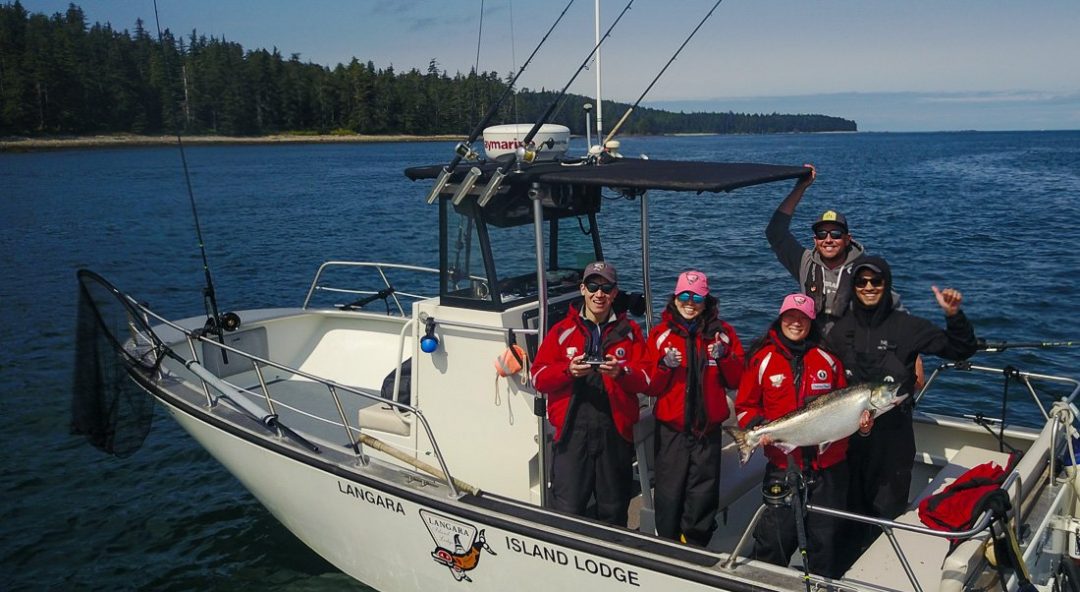 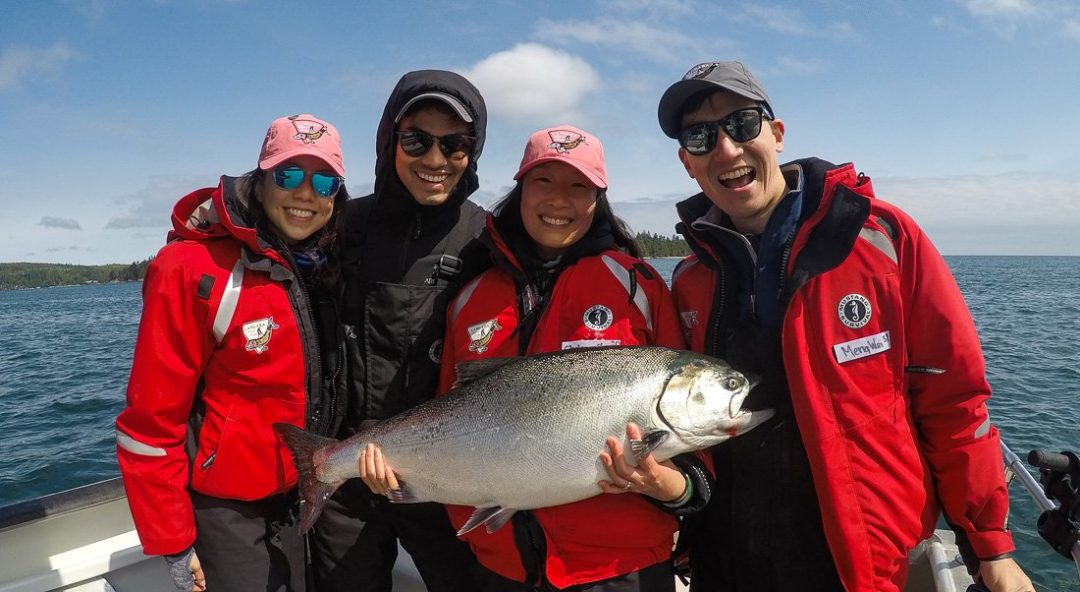 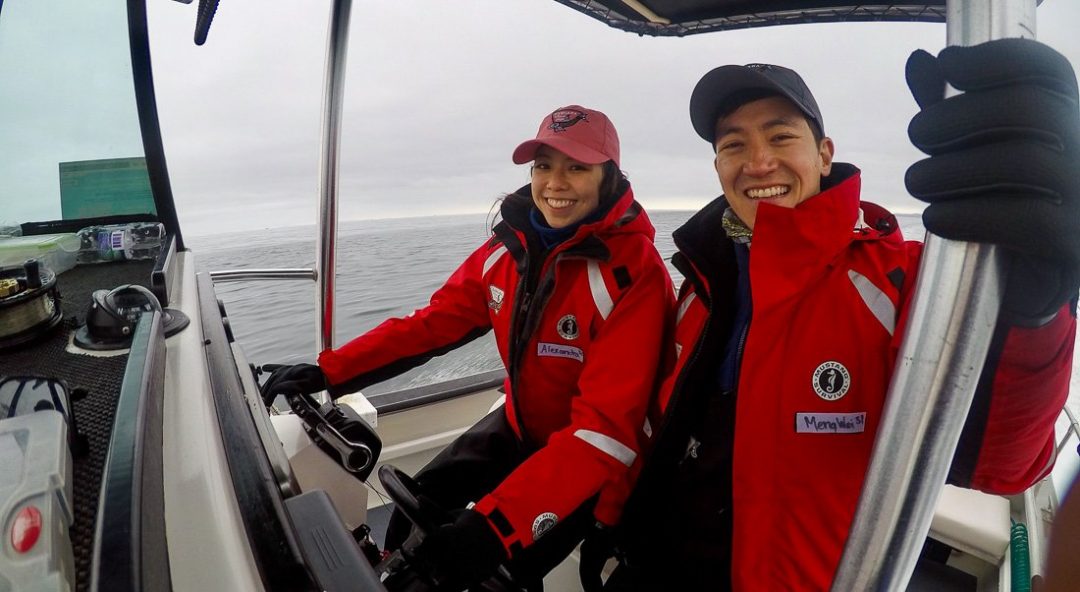 Farther west, Chanal Reef and Cape Knox have also been producing nice numbers and sizes of Chinook. Around the corner, Lepas Bay hasn’t been delivering the goods of late, but has potential with lots of bait still hanging out there. 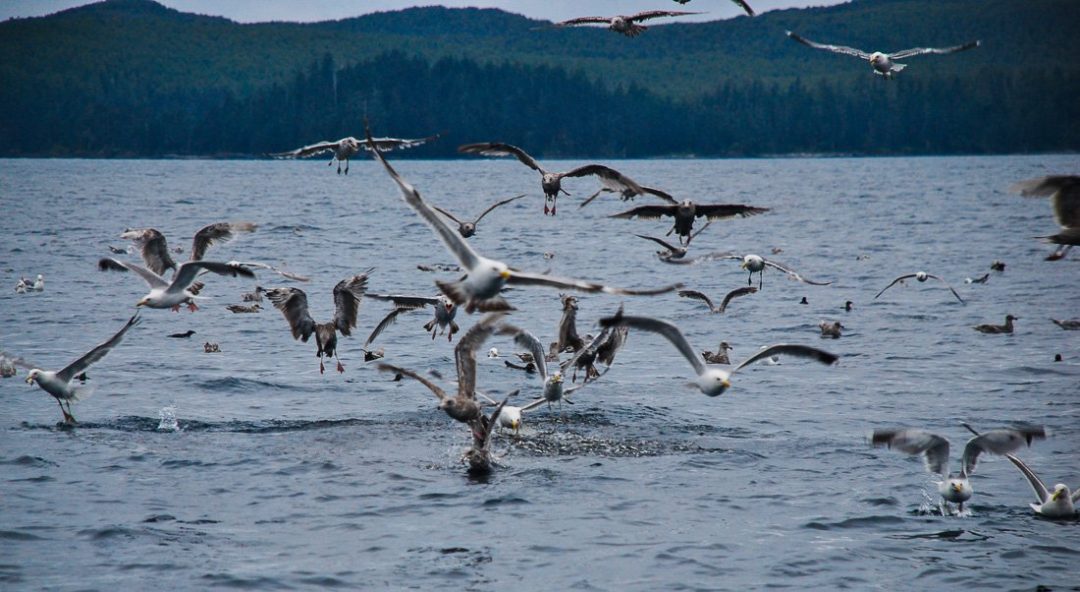 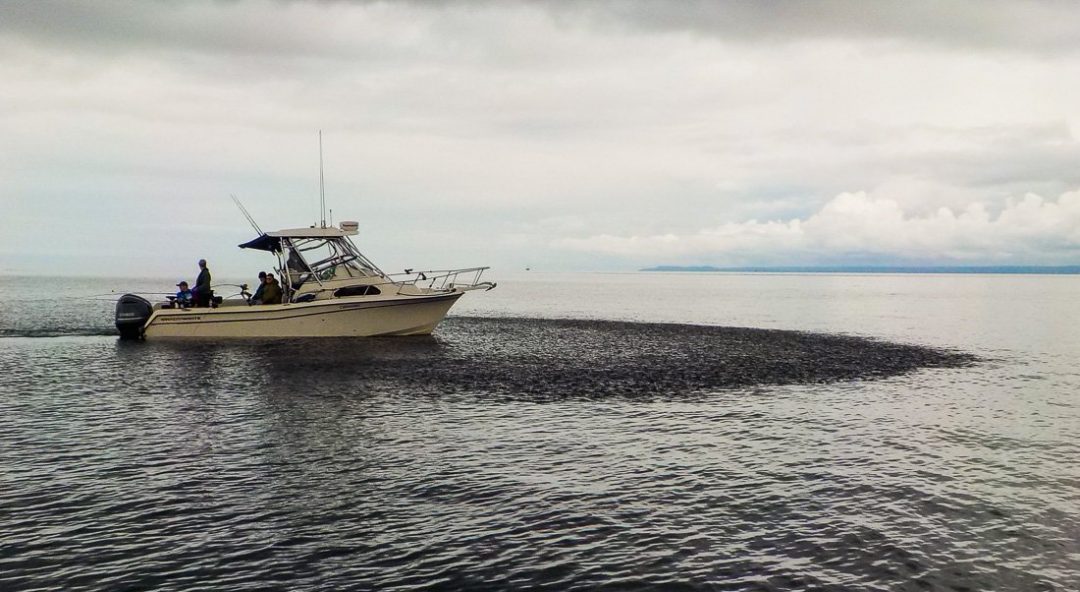 Around Langara Island, Cohoe Point to McPherson Point has been producing well the last couple of days due to some big bait balls hanging around these waters. Most anglers are finding the springs on the deeper side here, between 30-60 pulls, and more offshore than is typical for these spots.

Proof that all the big ones aren’t just hanging off Graham, a nice 42-pounder was released in Dibrell Bay near Cohoe Point yesterday afternoon. 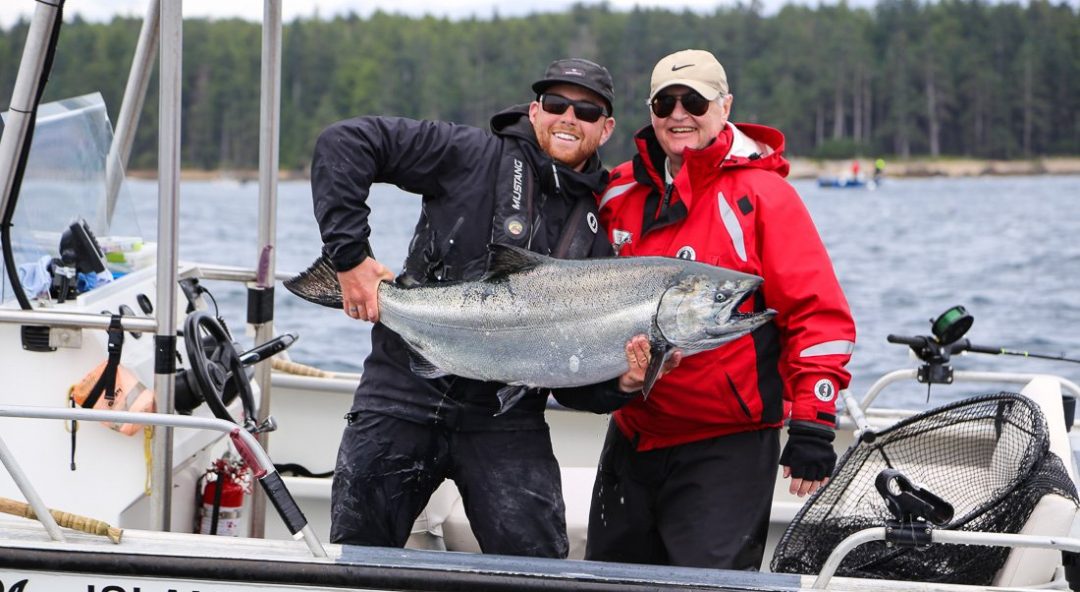 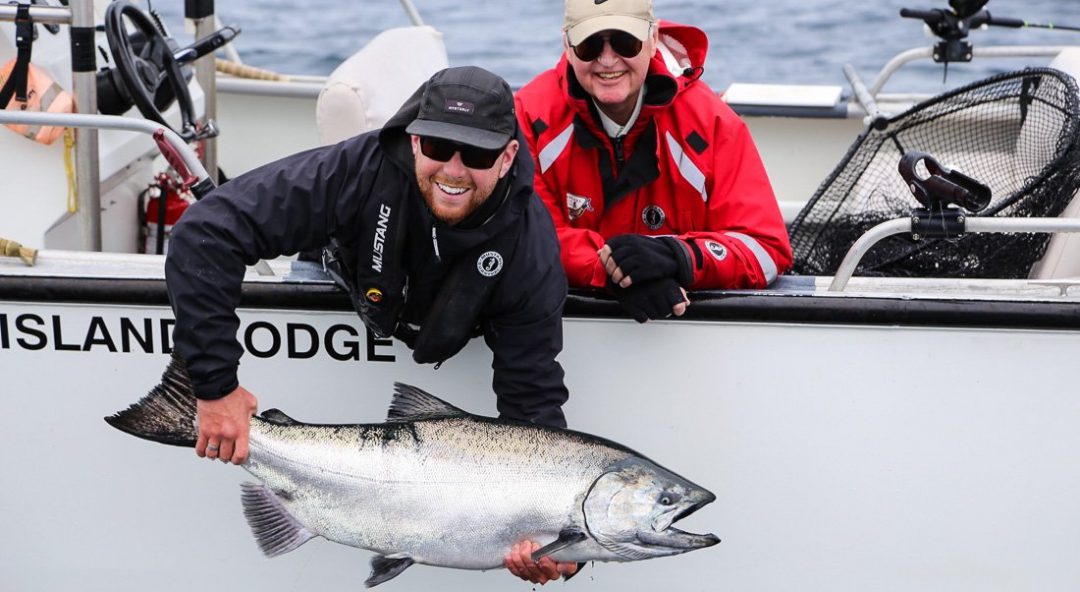 Langara Rocks lit up on Thursday on the flood tide change, with a flurry of Chinook found at around 50 pulls, along with some Coho — all better than average size.

The salmon in these waters seem to be really spread out through the water column lately, and are ever-changing, so finding the right depths on every tide swing is important. 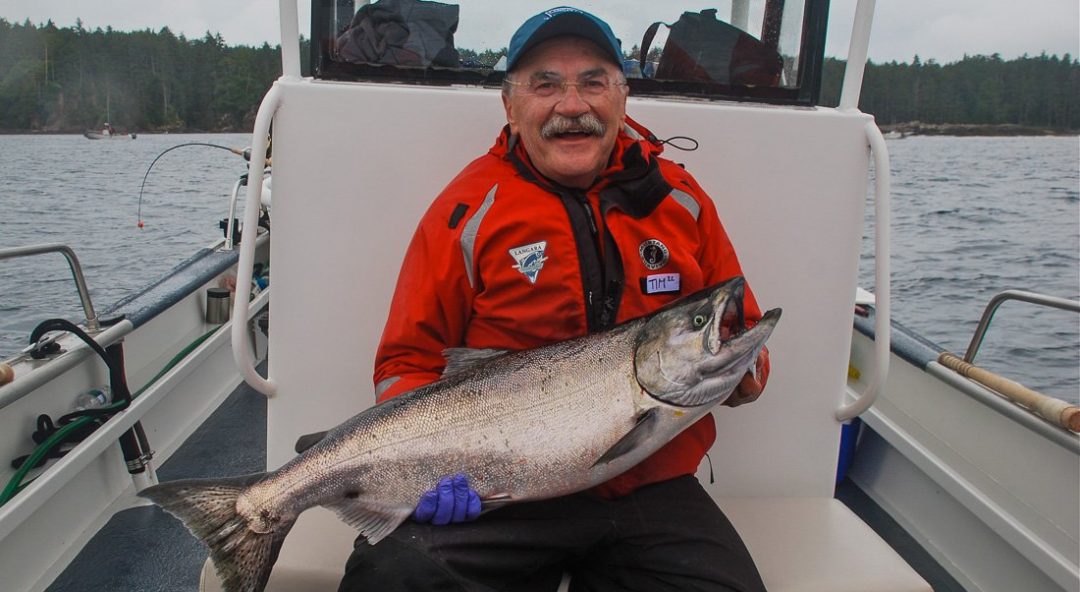 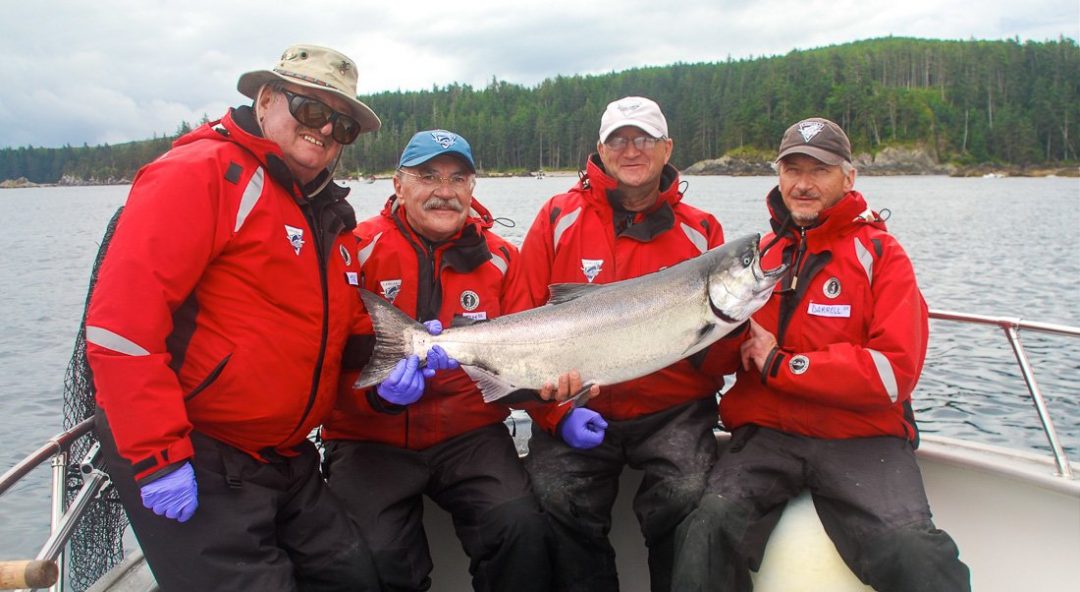 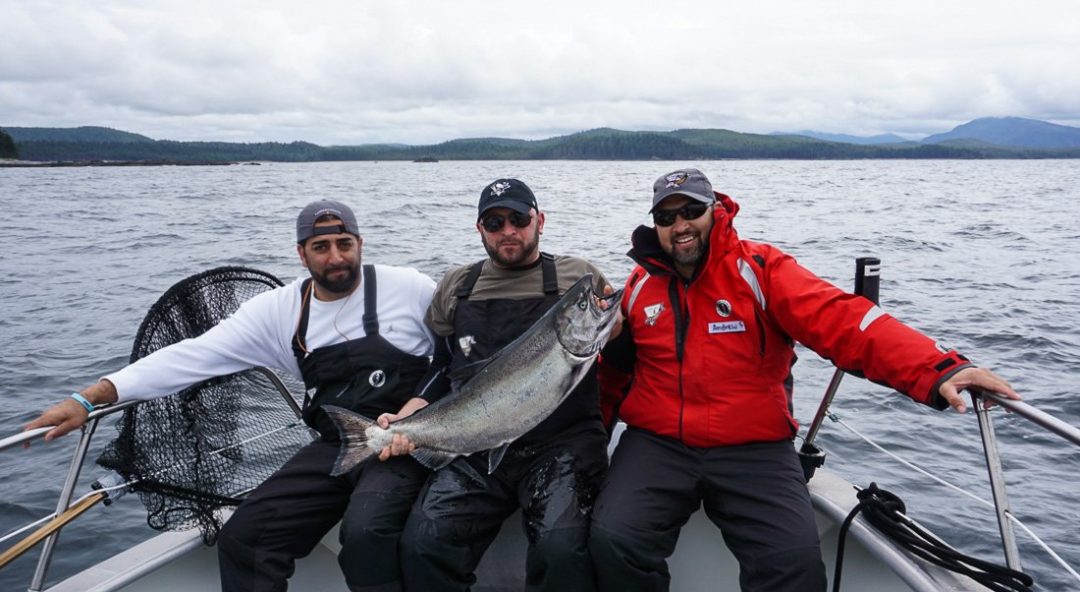 Coho salmon are more common off Langara than Graham, mostly from Andrews Point up to Langara Rocks, and almost anywhere offshore in the 250-300 feet range of water. 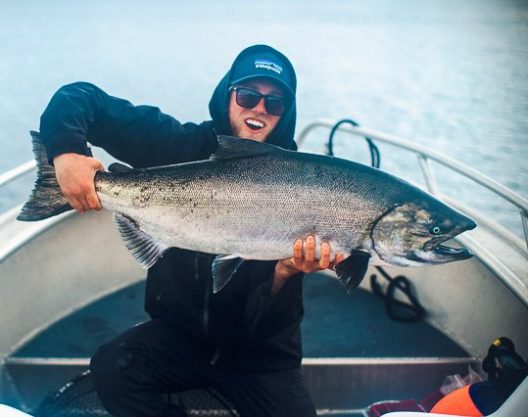 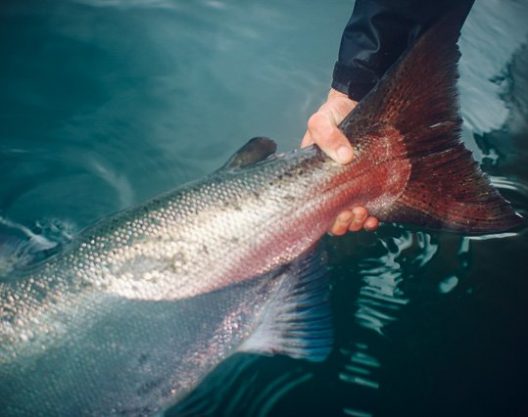 Bottom fishing was exceptional on Thursday due to calm winds and a little smaller tide to contend with. Bait of choice would be pinkies! The Halibut were coming in from a lot of different spots and depths, which means there are still good numbers of Halibut hanging around.

Al’s Halibut hole, off the east side of Langara, keeps on giving. It yielded a 40-pound Halibut earlier this week, and seems to have a never-ending supply of 10-20 pounders. 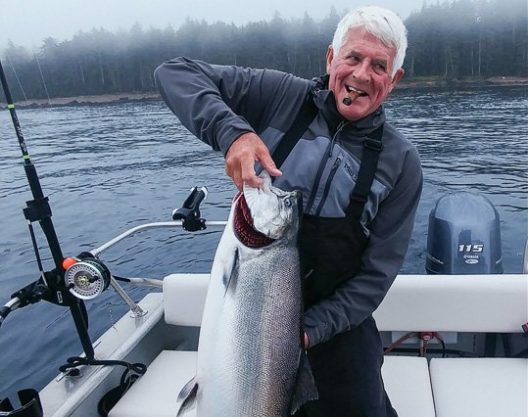 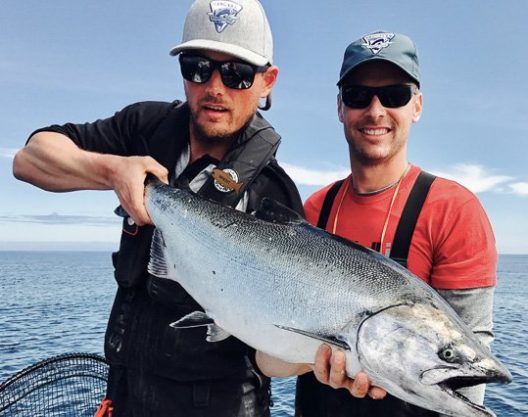 Our resident Humpback whales are still as hungry as ever, feeding all around the island on the large schools of herring and needlefish, which show no signs of dissipating — that’s a great sign that this season should be like the previous few, which were very productive right through to our final days in September. 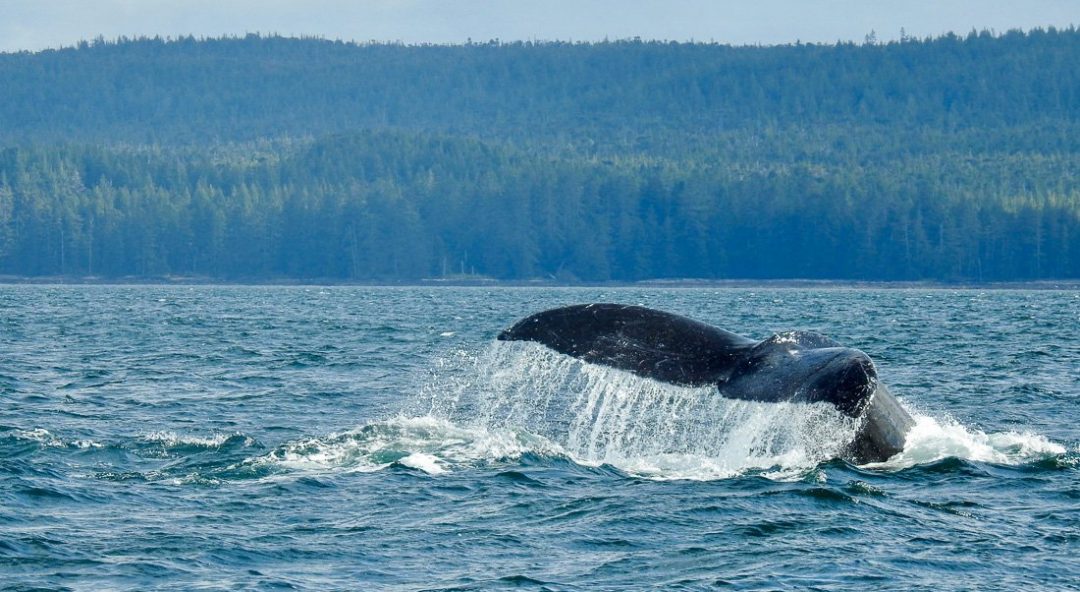 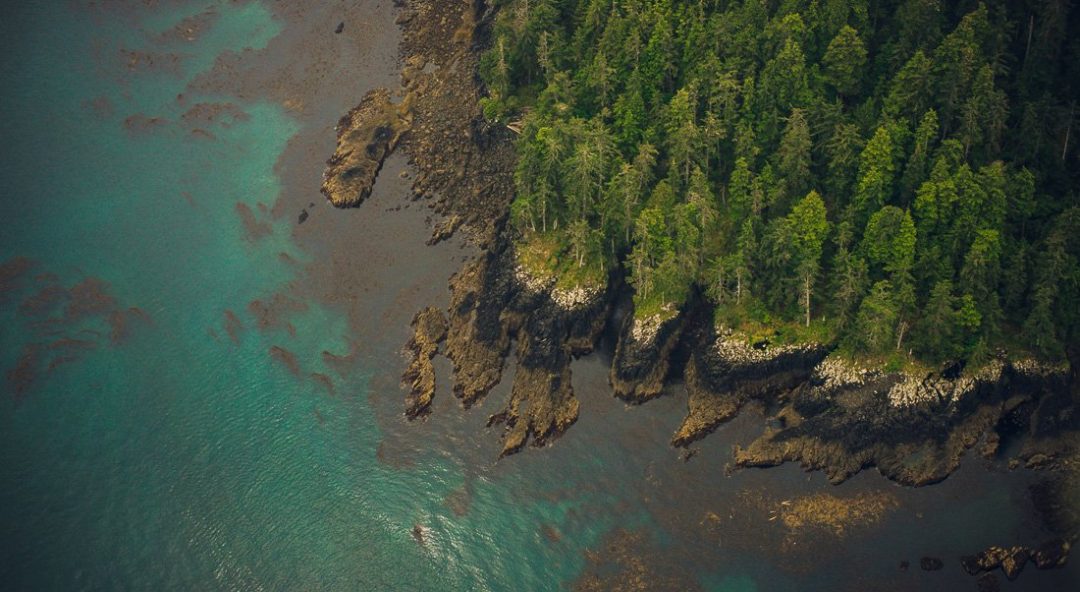