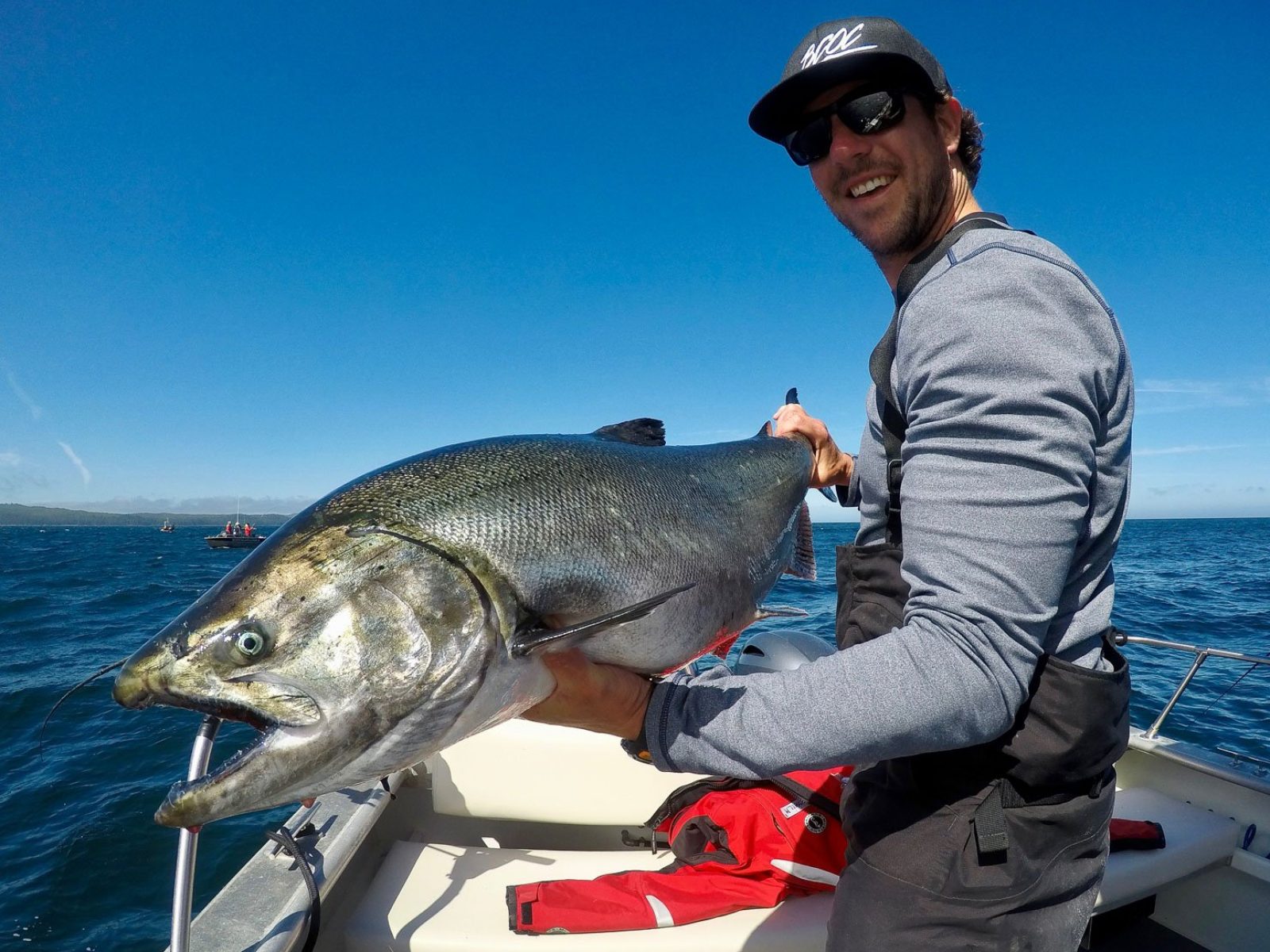 We’re heading into the final stretch of our 2017 season — just one month left in what has been a great summer here at Langara Island.

This past week has provided anglers with some classic Langara-style fishing, as a fresh run of Chinook salmon moved into town with fat bellies and great average size. 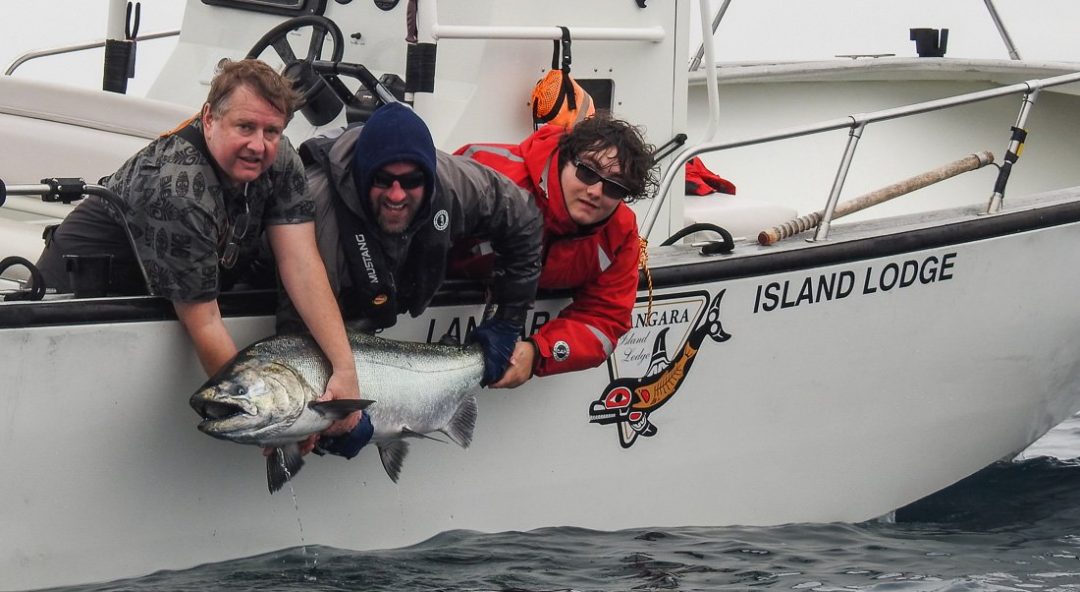 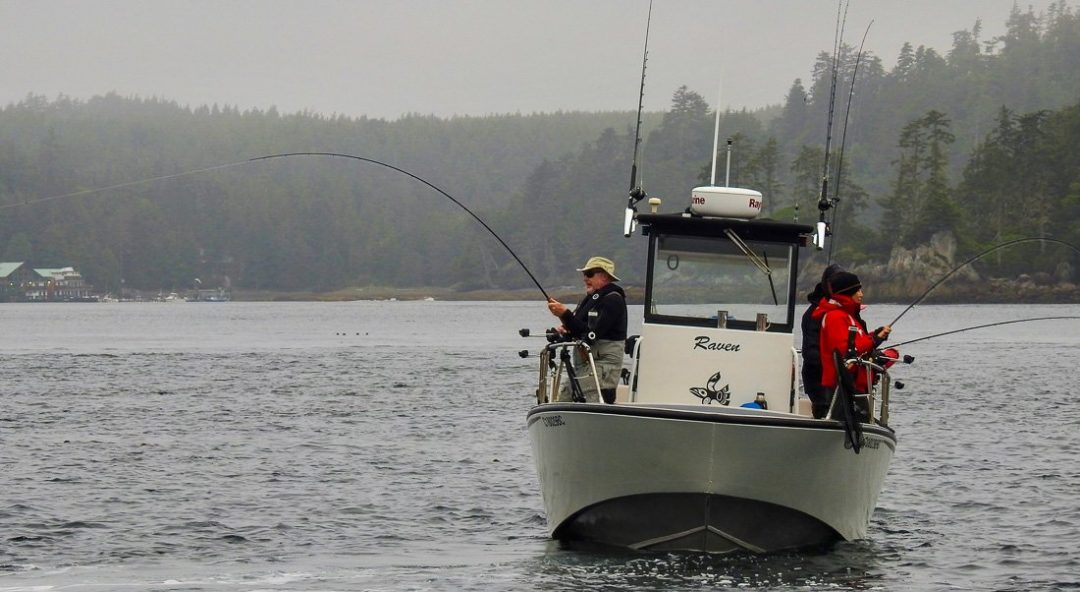 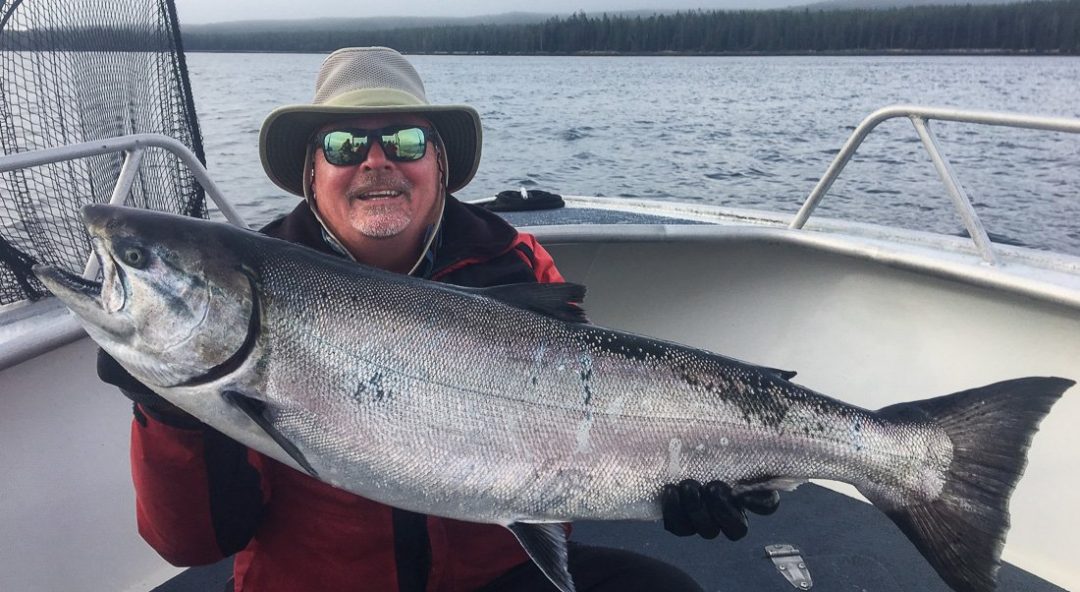 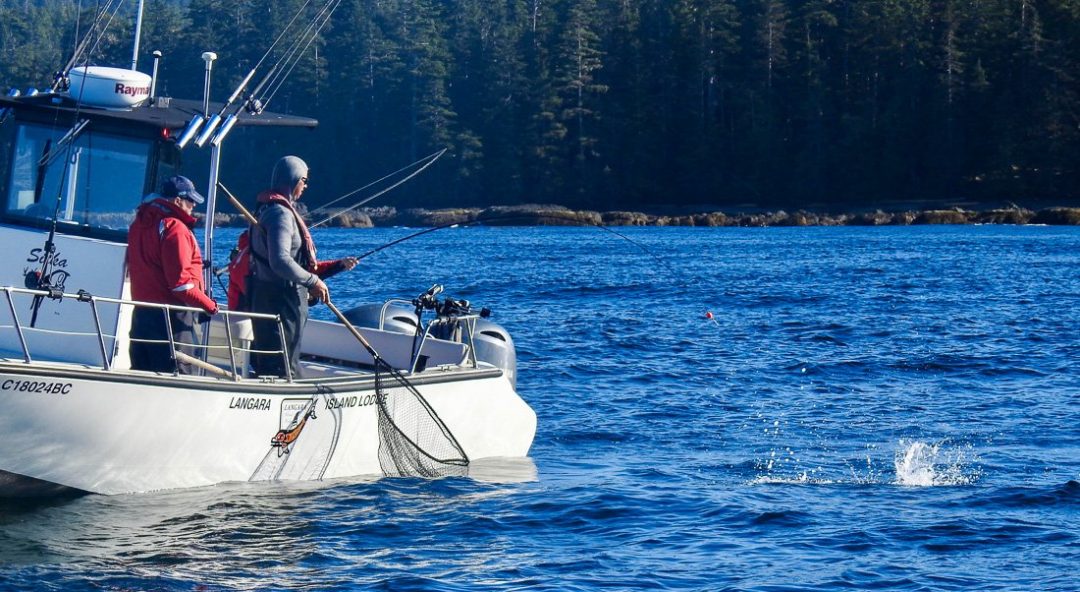 ‘Fogust’ officially arrived earlier this month, which limited our range early in the mornings, but we had plenty of sunshine burning through by mid-day. 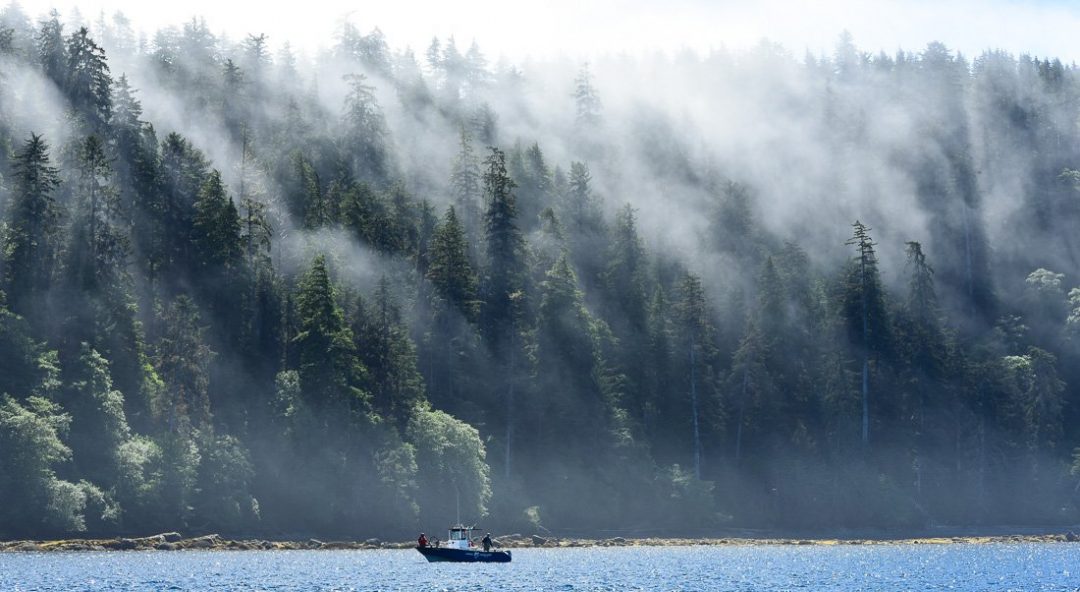 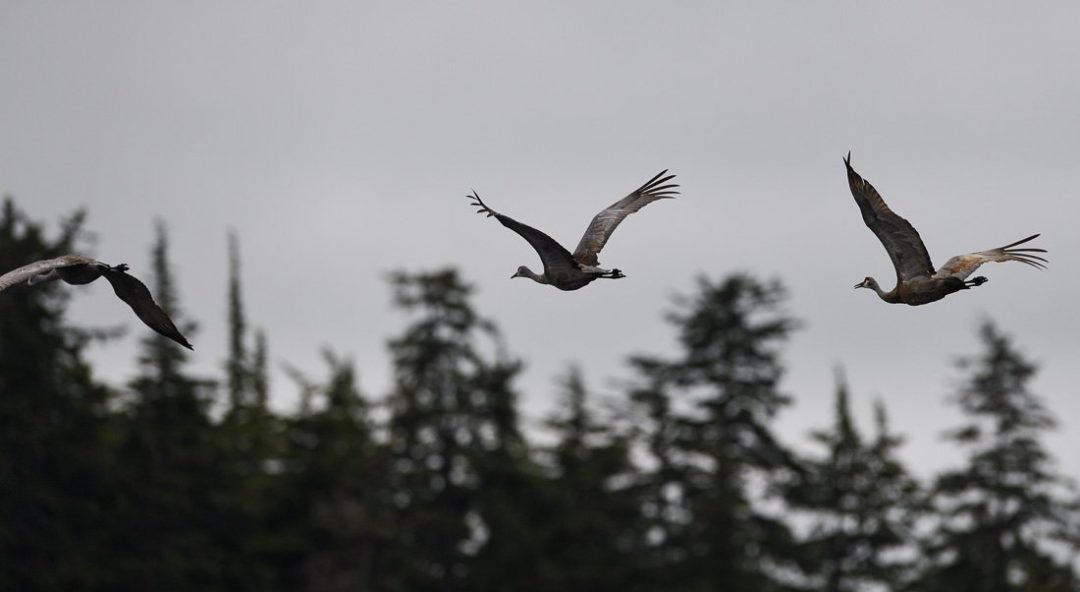 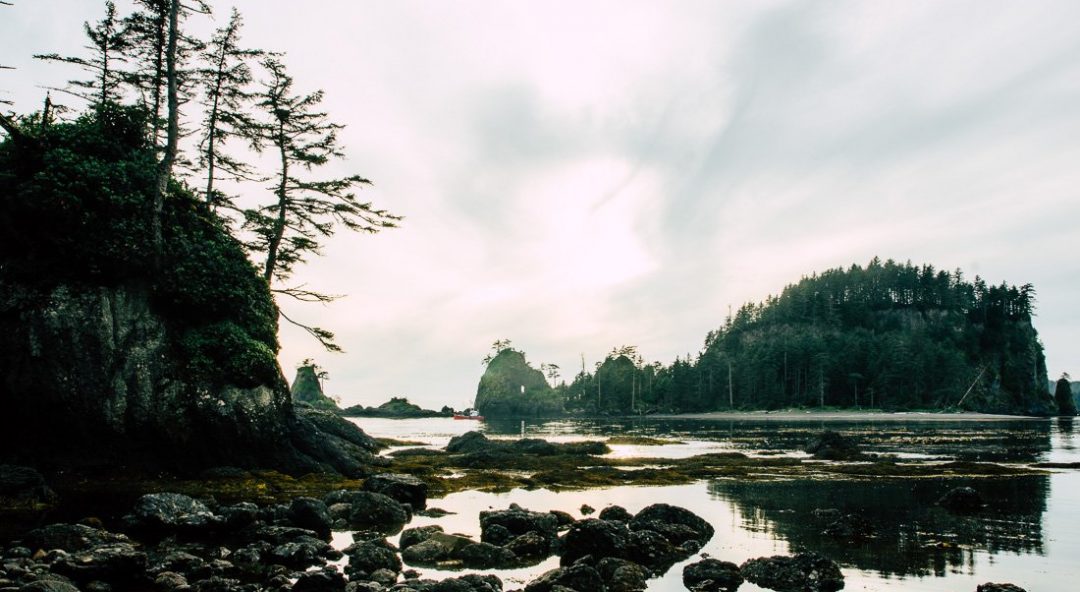 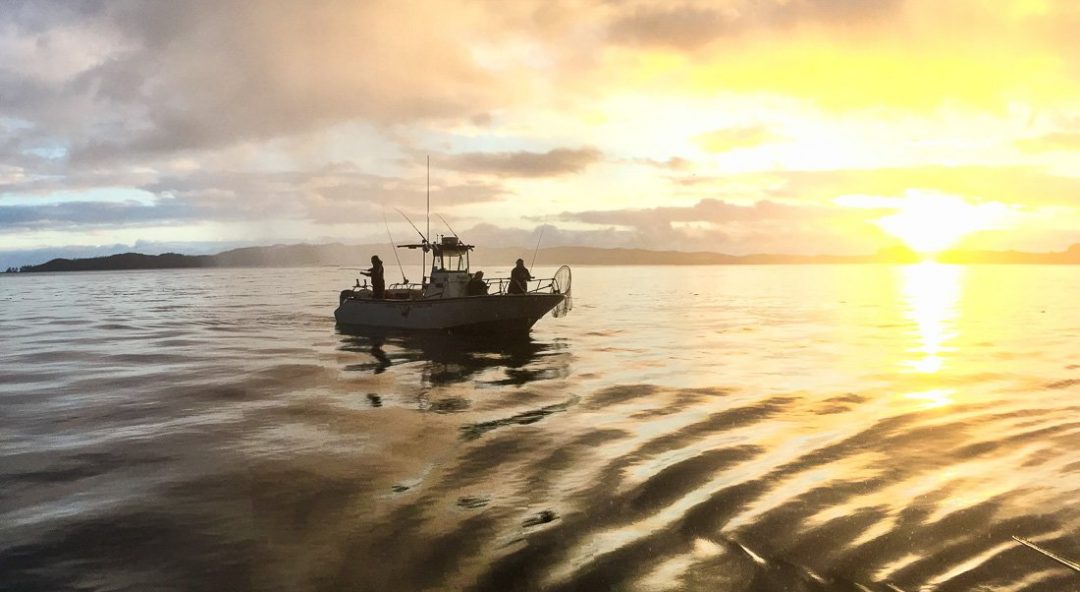 The spotlight has shifted to the Graham Island shoreline, where we’re finding lots of springs in the high teens to mid-twenties — Seath, Boulder, Gunia and Bruin Bay have all been good from mid-flood tide through the ebb tide most days this week. Bruin continues to be a prime spot for those looking for serious salmon — it yielded a pair of 49-pound Chinook this week. 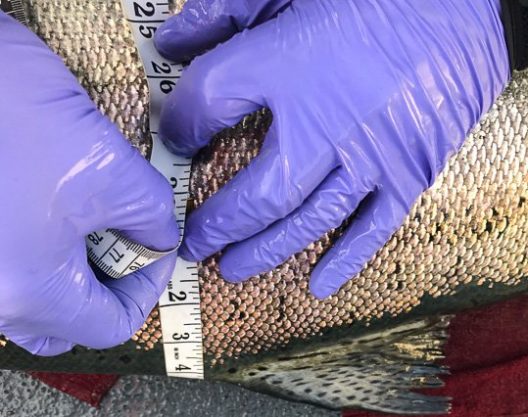 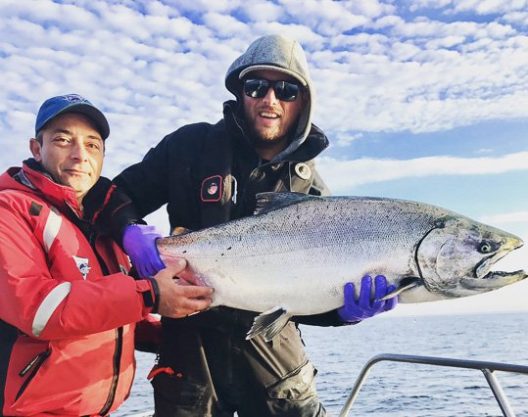 Cohoe and Andrews Points have also been productive on both tides. We’re finding a lot more Coho salmon in these waters, including this 16.5-pounder, our largest of the season!

This has really been an outstanding season for Coho, and we’re looking forward to some great action in the coming weeks as these larger Northern Coho start showing up in numbers. Coho salmon are also thickest and largest from Cohoe Point to the Rocks, and can be caught from top to bottom in the water column. 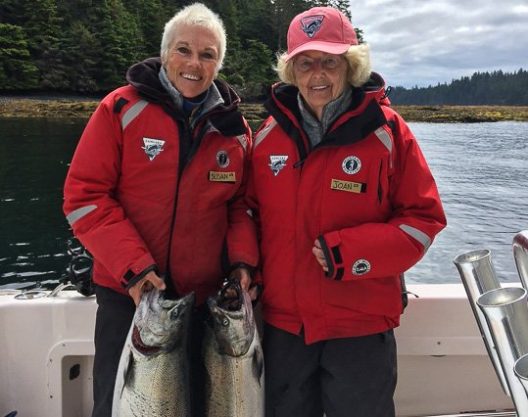 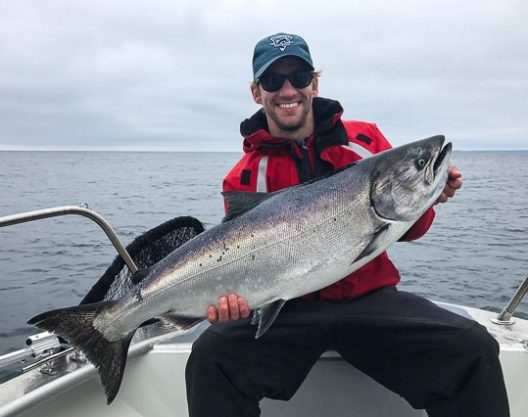 Lots of bait can be found in all the usual spots. The depth of the bait dictates the pulls you need to be at for the salmon to see your bait. Fish are being found at normal depths off Graham, but some Chinook are still deeper off Cohoe and Andrews, to the tune of 30-60 pulls. 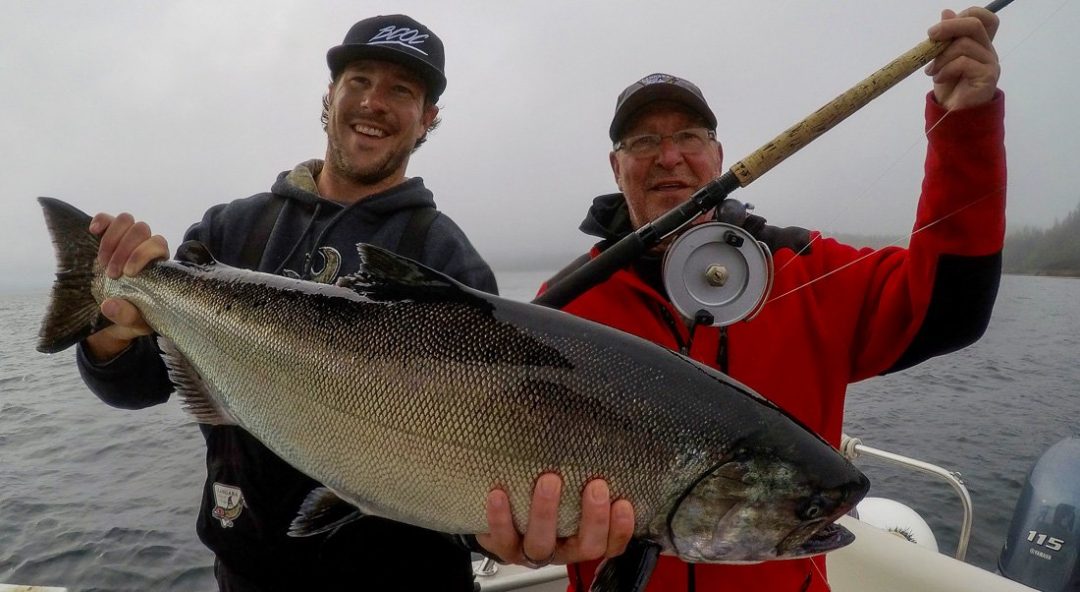 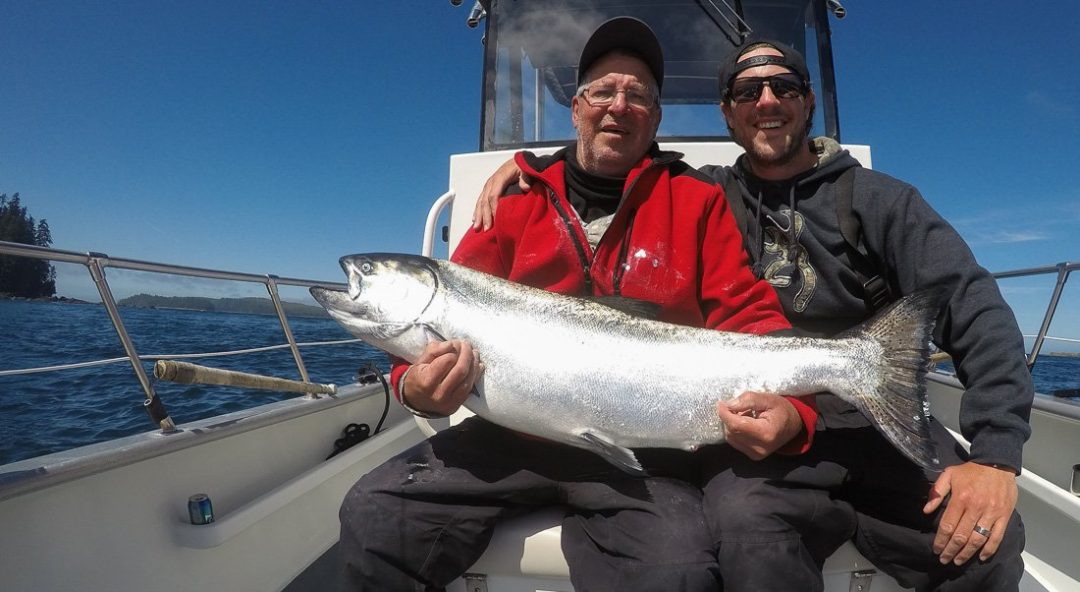 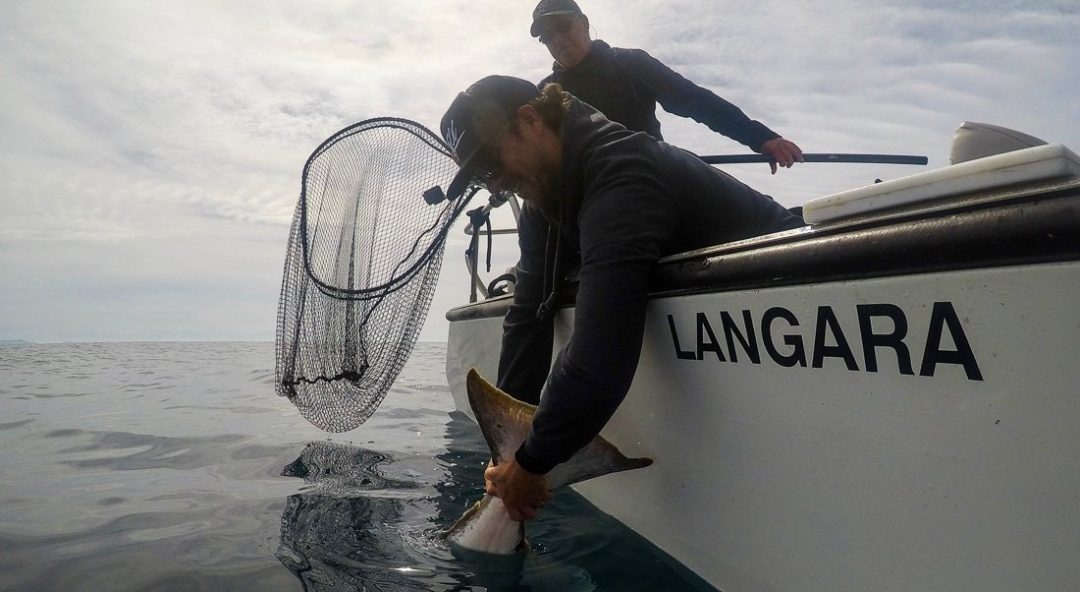 Bottom fishing has been hampered at times due to fog, but we’re still seeing lots of Halibut hit the docks, many found while fishing for salmon. 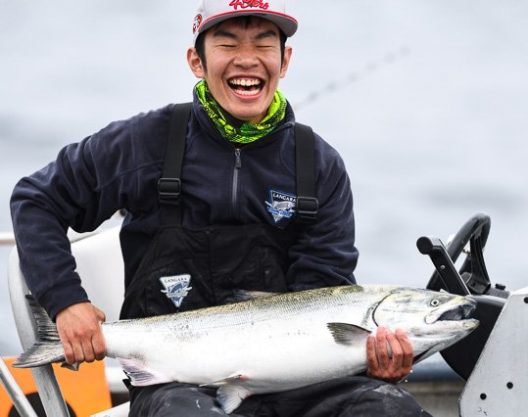 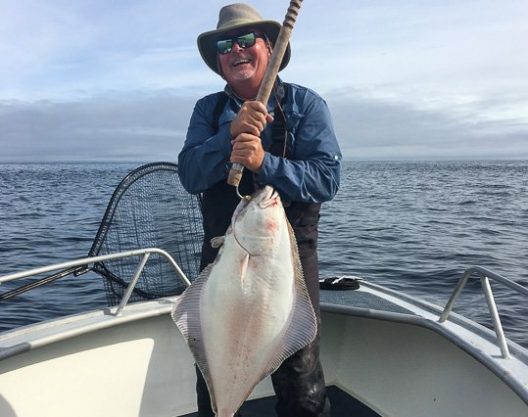 August is often when warmer currents push north along the west coast, bringing some interesting creatures to our waters, such as this Ocean Sunfish (Mola Mola) that was spotted this week… 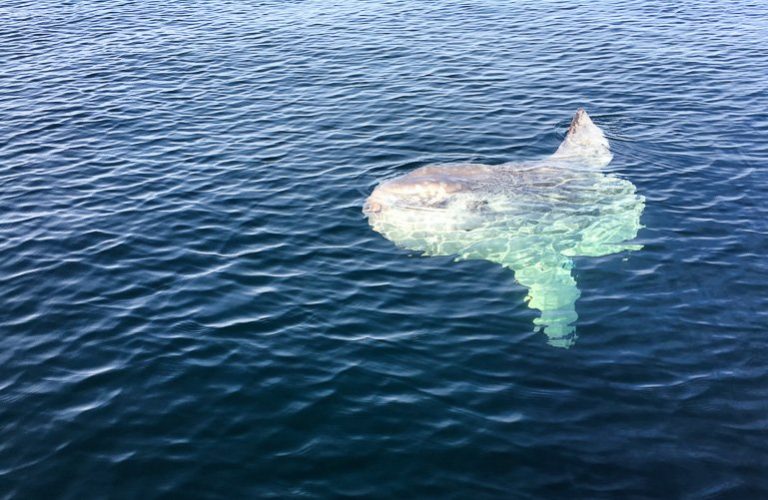 Humpback whales continue to be seen all around the island. Some groups seem to have moved farther offshore to feed, but individual whales can often be spotted cruising the shorelines near our fishing grounds.

A pod of Transient Killer whales have been hanging around the island for much of this past week, hunting for seal and sea lion snacks. 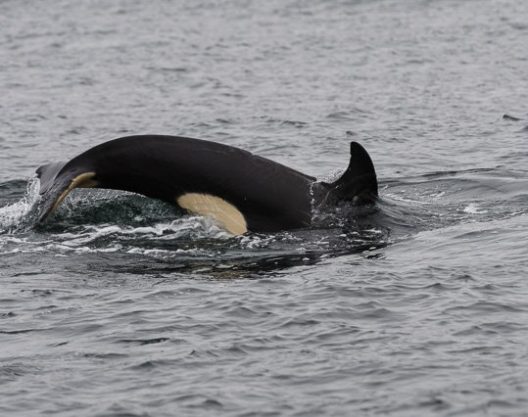 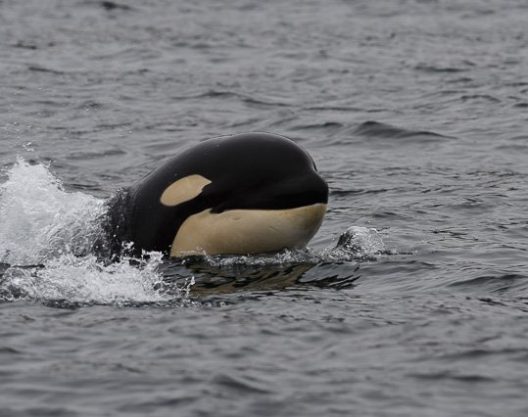 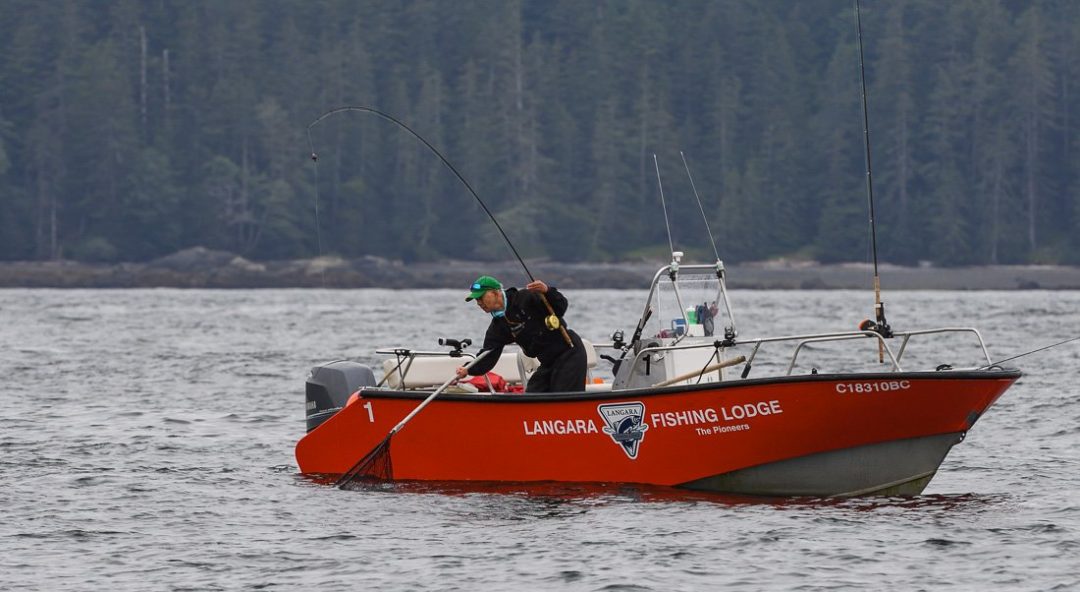 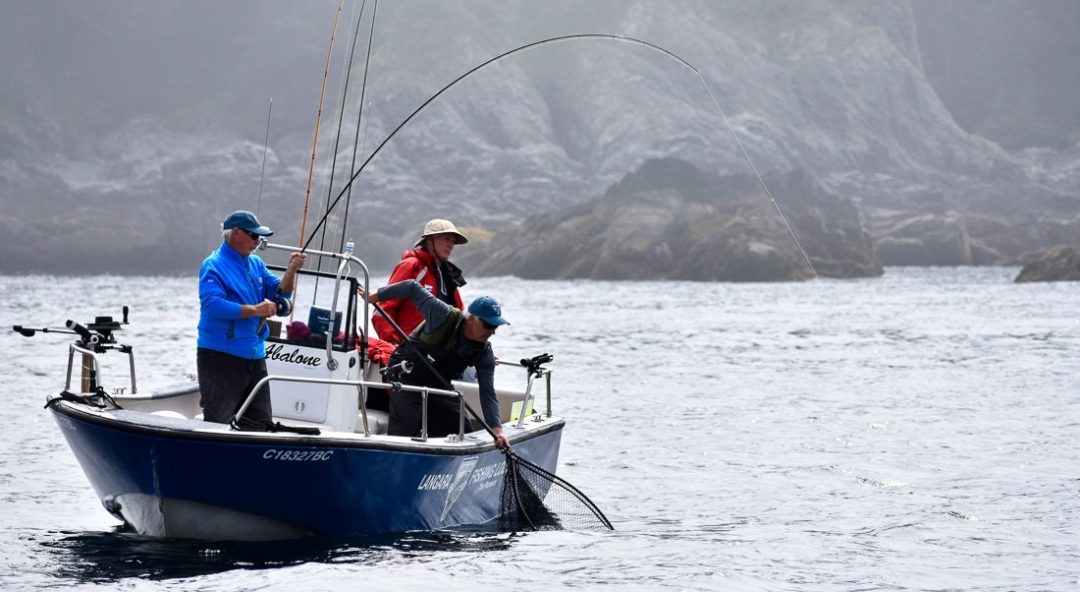 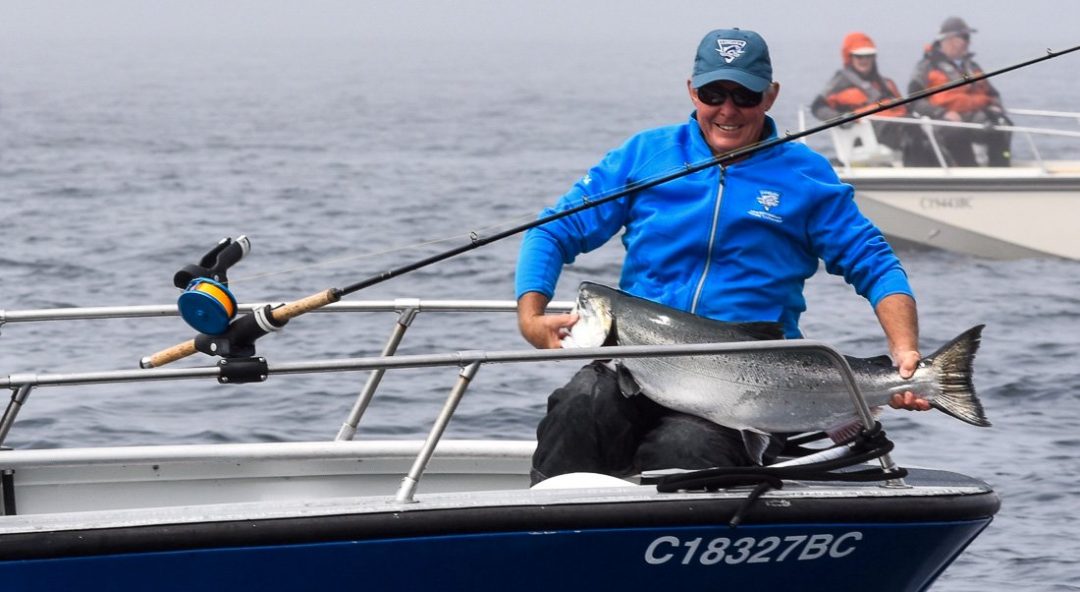 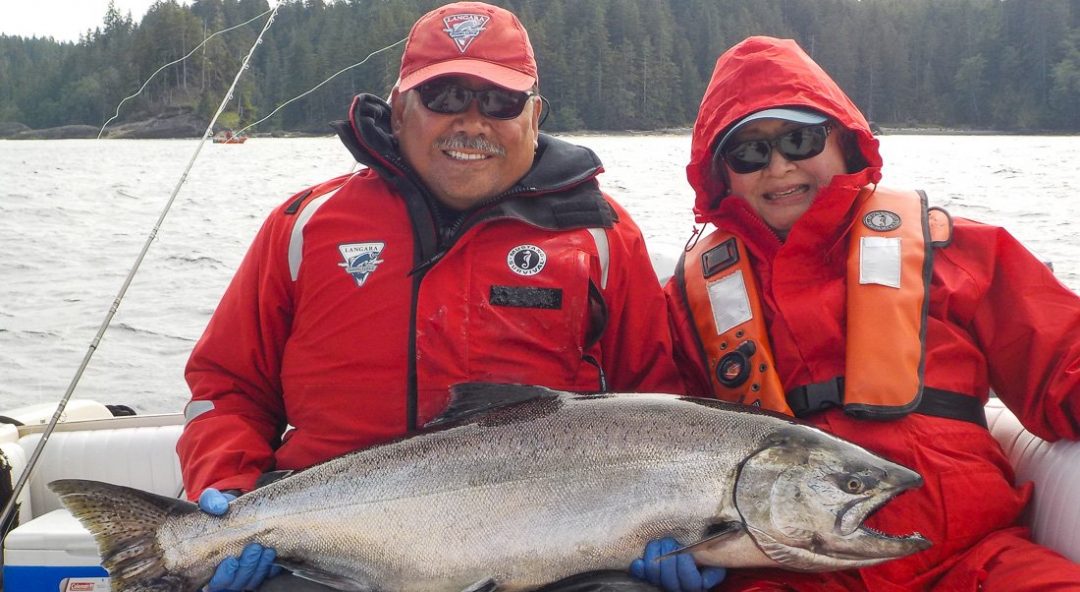