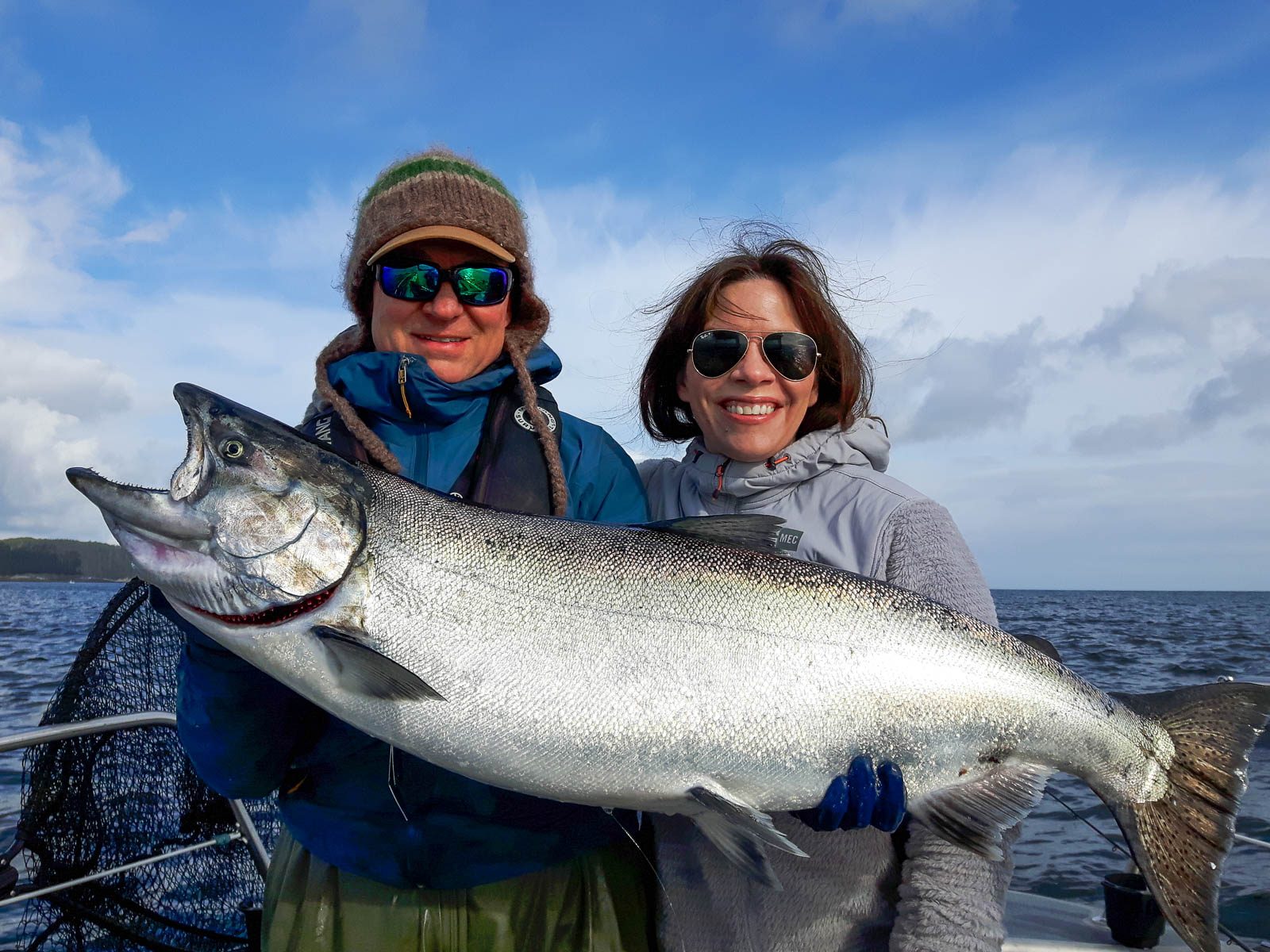 First Tyee of 2018: Congrats to our guest Robyn, who landed this 30+ pound Chinook off Andrews Point on May 28.

Some size showed up in several forms this week: our 1st Tyee of the season, some west side Halibut, and a bunch of hungry Humpbacks.

Our 2018 season is in full effect now, with both lodges open and welcoming a fresh batch of eager anglers every Saturday and Tuesday.

The calendar says June but the wind says winter — it’s still putting a bite into the air when it picks up, and it’s been picking up regularly during these opening trips.

Conditions this week swung from wet and windy to clear and calm, and these next few days could offer a similar pattern. 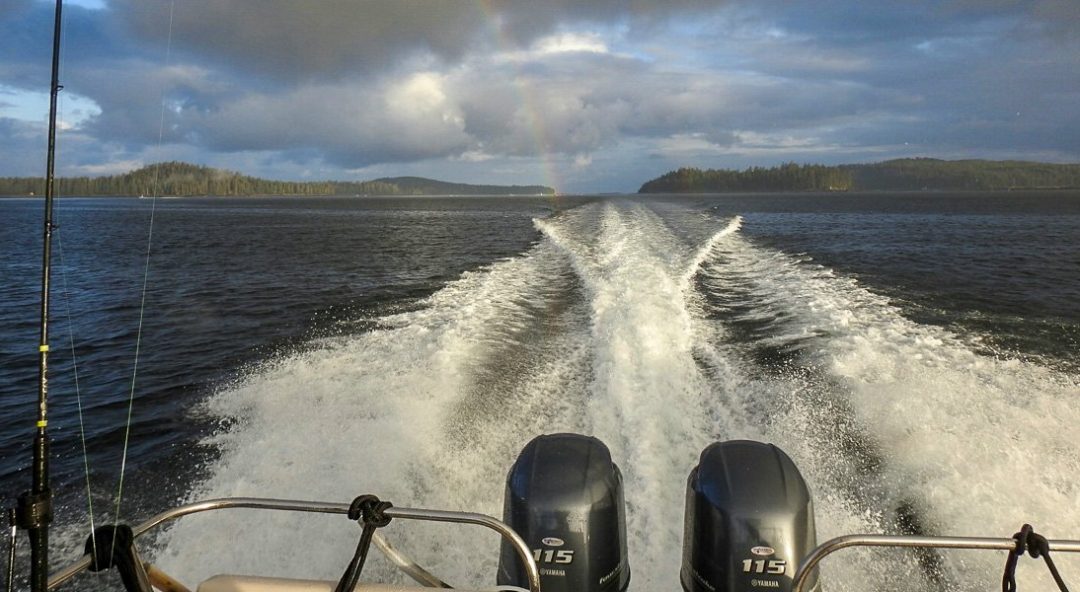 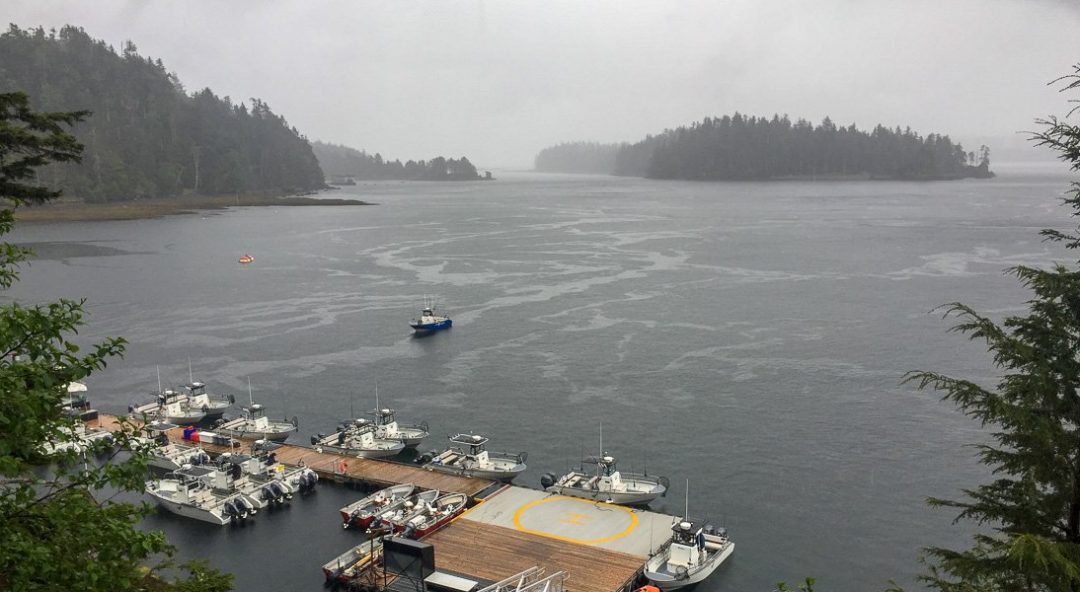 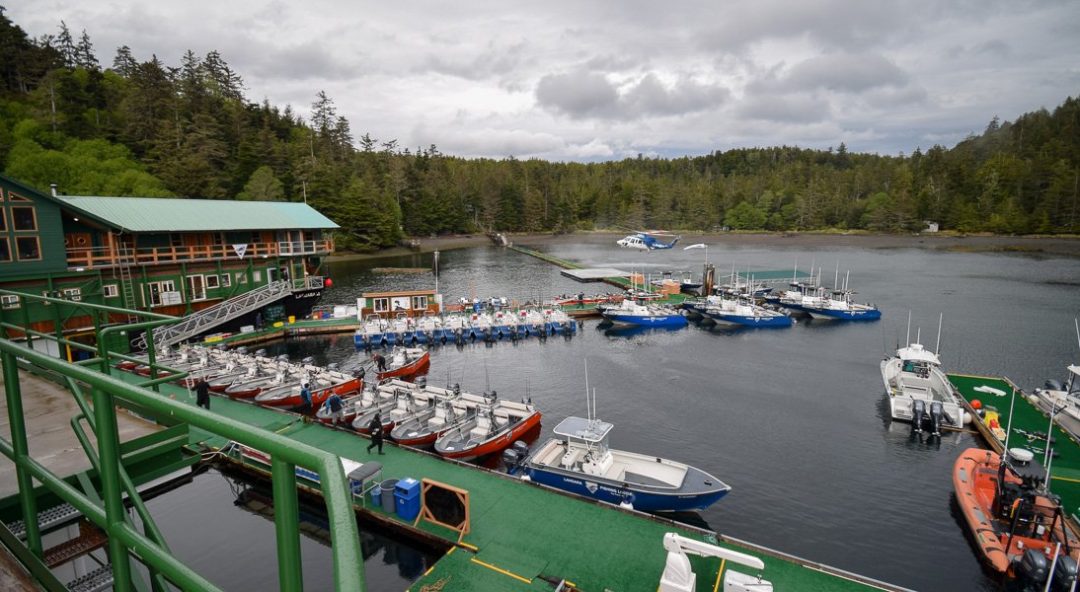 But with the winds dying down on Wednesday and Thursday, the west side opened up for the first time since opening day.

The boats out there found lots of bait and some Resident Killer whales looking for some Chinook snacks. The whales scattered the salmon a bit, but after they left a few boats enjoyed some bites between the Lighthouse and Langara Rocks on the flood tide. 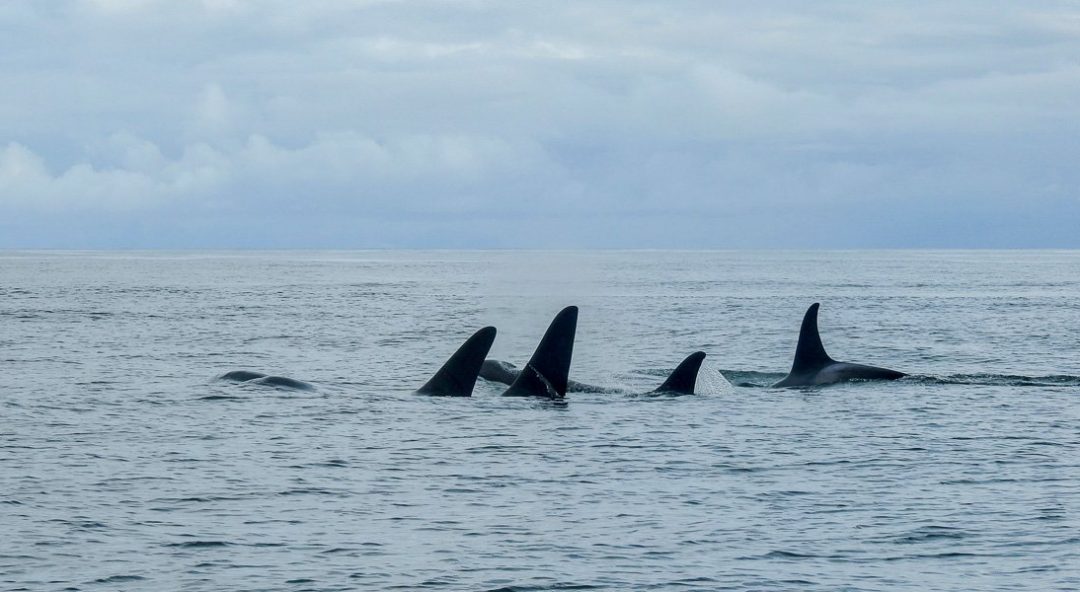 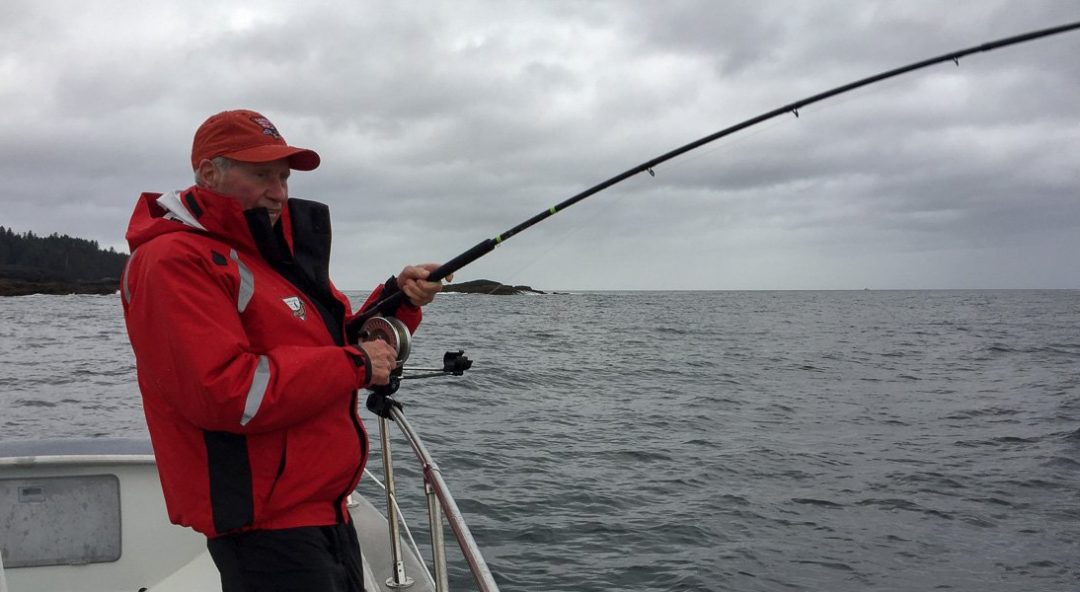 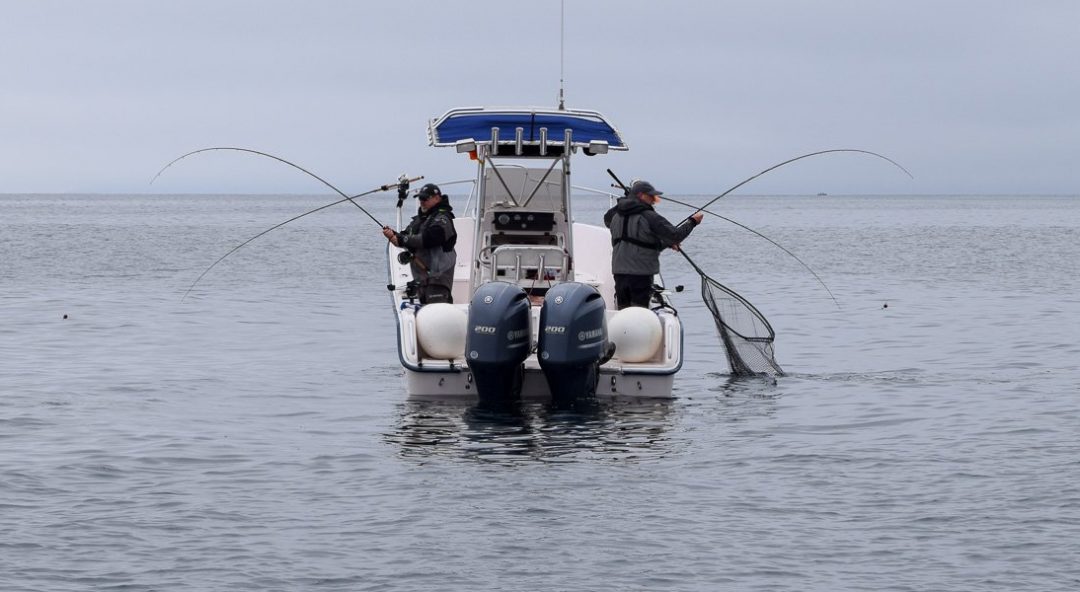 The better action for much of this week has been found along the Graham Island shoreline, most reliably on the ebb tide between Seath Point and Boulder Point.

The majority of the salmon are being found at the normal depths of 10-30 pulls in most spots.

Making memories @langarafishing – the weather was rough this morning, but the fishing was amazing! Absolutely blessed to be experiencing this special part of the world. Sashimi party when I am back in Vietnam!

It’s still primarily Chinook in the waters right now, but a couple Coho and Chum have hit the docks, and our first Pink of the season was brought up this week. 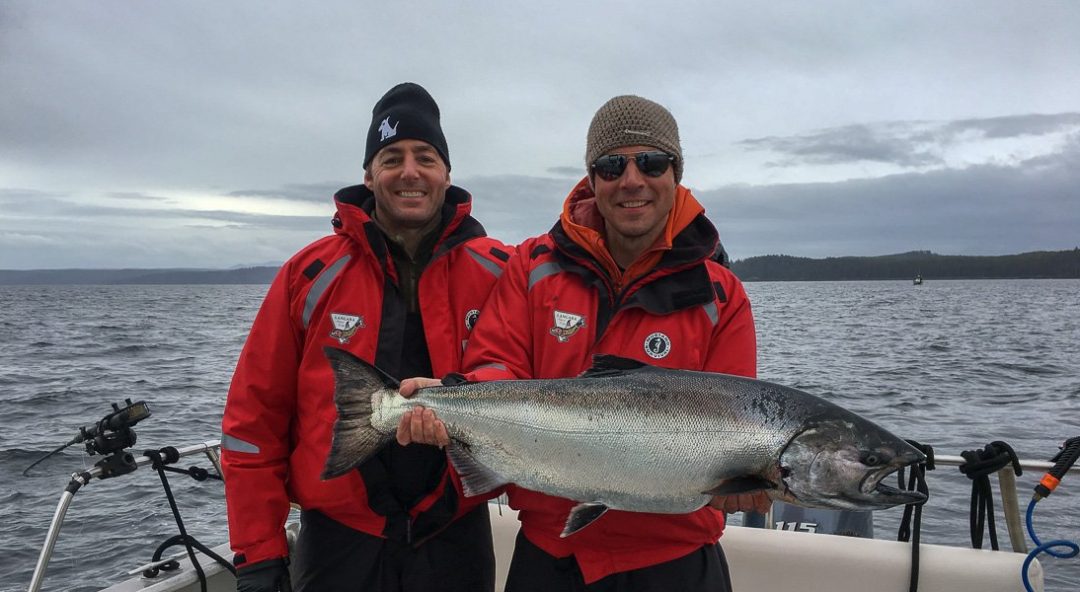 With the west side opening up on Thursday, we had some nice Halibut come in, most from around 250-300 feet of water, and some were a bit closer to the larger allowed length limit of 115cm.

Prior to this week most of the Halibut were in the smaller range, but that’s typical of what we usually find when bringing them up around Parry Pass and off the east side of Langara. 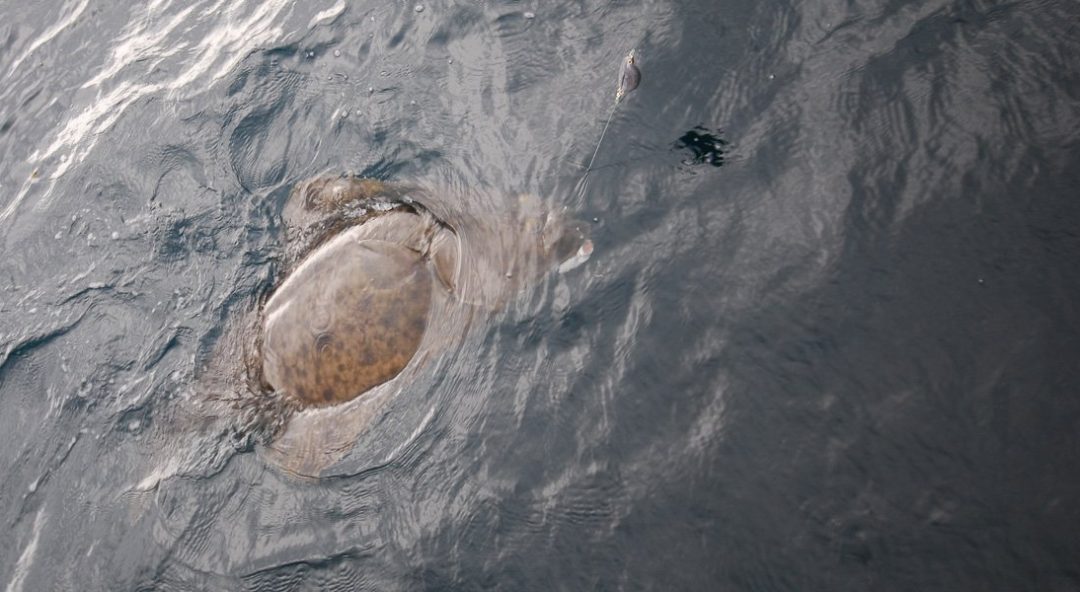 The Humpback whales have started to show up in large numbers this week, with several groups of them moving in closer to the island to feed on needlefish.

Killer whales have been sighted quite a few times already this season, mostly the Residents. 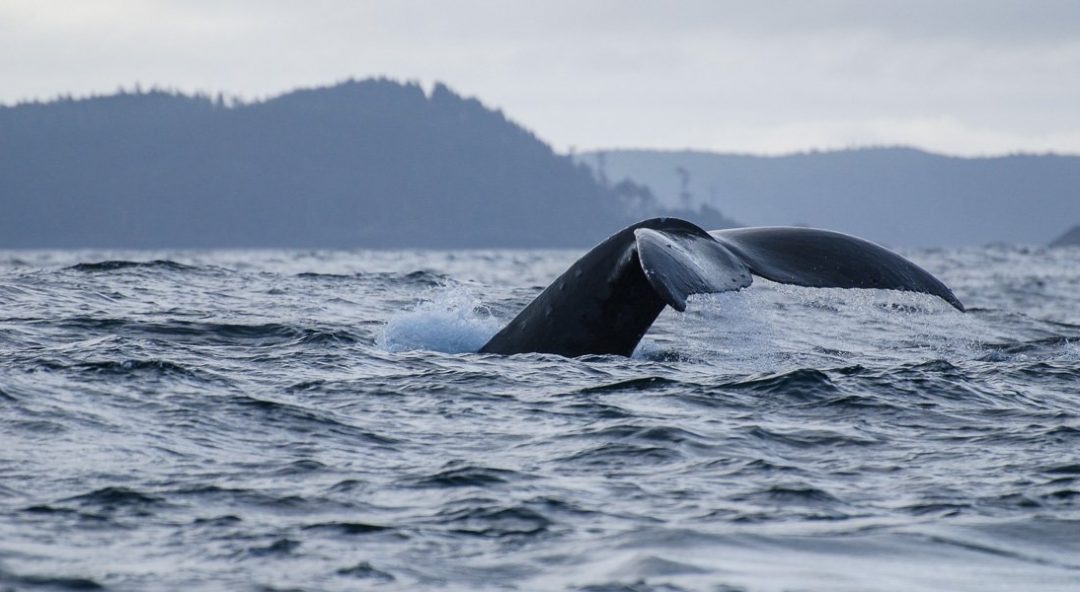 The sunny skies this week were the first good opportunity of the season for guests or staff to enjoy some of Langara’s off-water highlights, such as a hike to Lepas Bay.

This is also the time of year when we see a lot of migratory birds making a pit stop at Langara Island. The most noticeable are Sandhill Cranes, which can easily be seen stretching their legs along some of our shorelines.

Tight lines until next week!