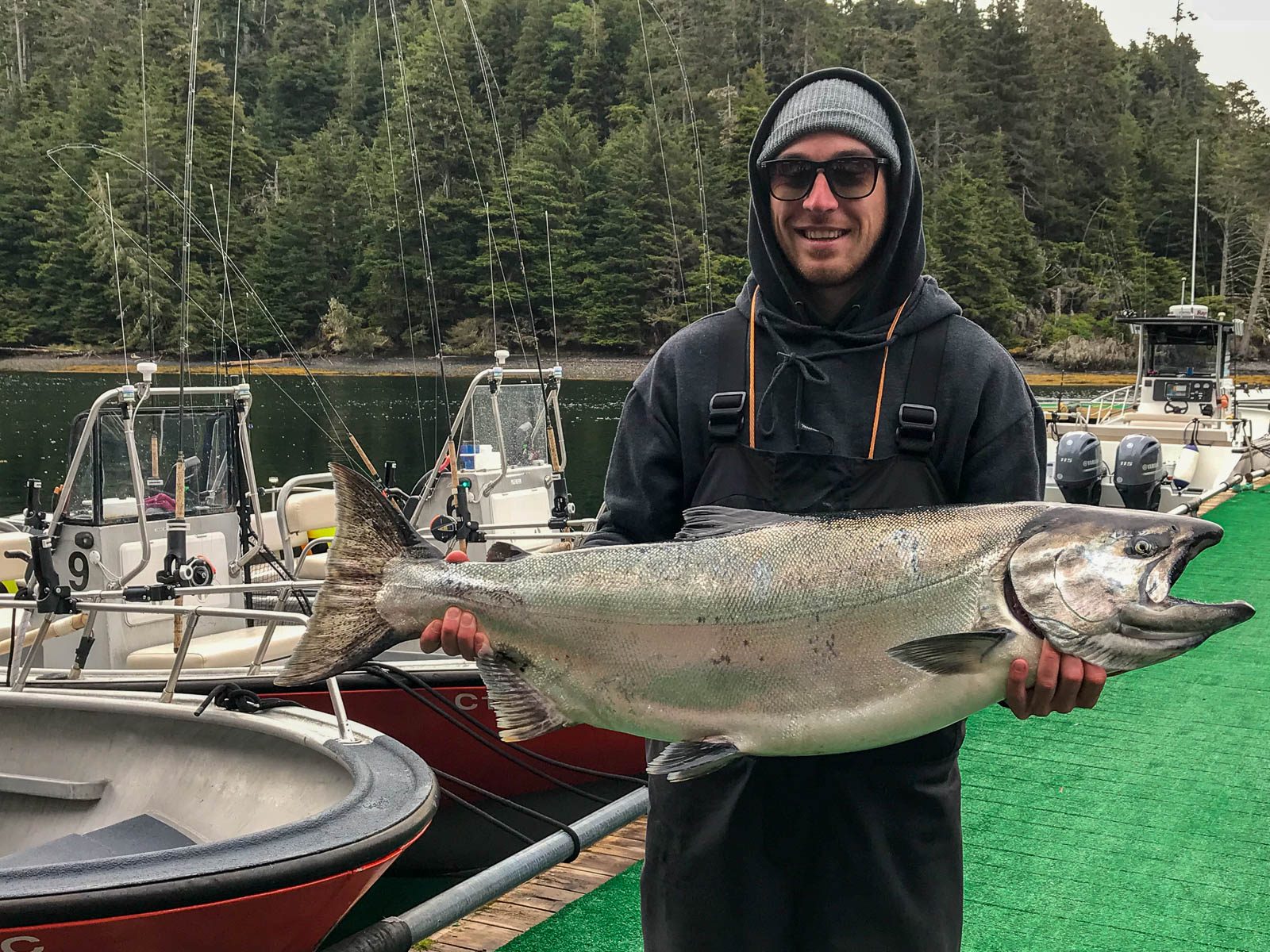 It’s been another week of variable weather and fishing — Mother Nature served up everything from flat calm to gale force this past trip.

But we’re finally looking at a typical Langara forecast for the first time this season, with some consistent moderate NW winds expected this weekend.

We’ve been hampered by mostly easterly winds since the season started — one of the longest stretches of such winds in a long time here.

The west side of Langara has been open for about half of this past trip, and guests have been taking advantage by enjoying some productive bottom fishing out there.

Lots of 15-30 pound Halibut have been brought up, mostly from around 300 feet of water at the top of the flood tide, using unbrined herring or salmon parts. 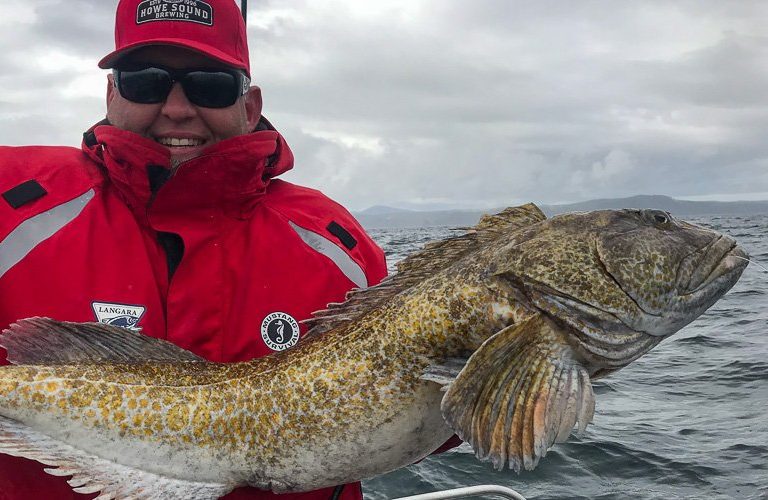 Lingcod are being found here, too, but in slightly shallower water off the west side — they prefer the rockier bottoms, so fishing for these a bit closer to the island should step up production.

Tides are great right now for bottom fishing, with less water moving between the flood and ebb. 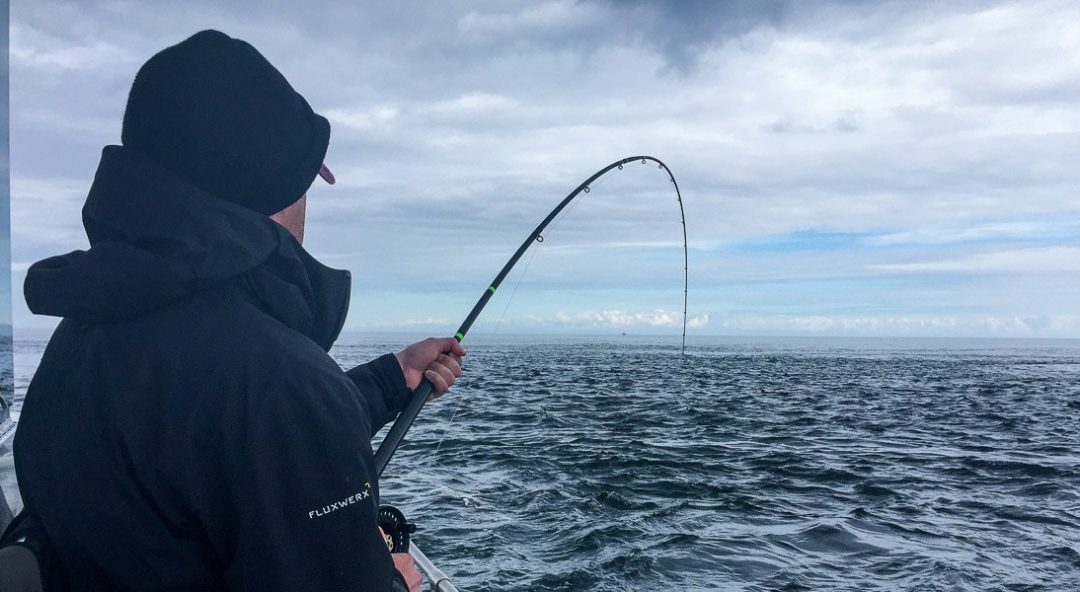 Salmon are hitting almost exclusively on shallow rods, from 7-15 pulls, in most of the popular spots. A morning flood tide has served up some early bites at Andrews Point this trip; that area seems to be holding a good amount of bait lately, and is the favoured dining area for many of Langara’s Bald Eagles and sea birds.

Cohoe Point may host similar activity this weekend with the flood tide moving a bit later. 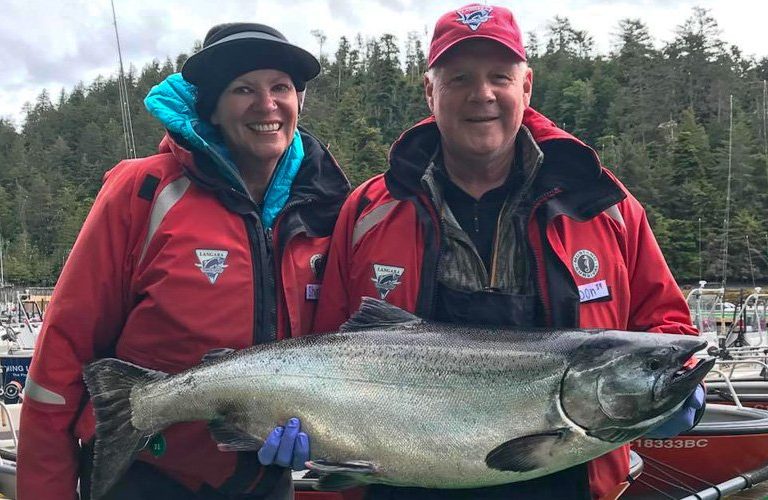 The locals of Langara. #Haidagwaii

Along Graham Island, Bruin Bay yielded a couple of nice Tyee-size Chinook this trip, including a season-best 38-pounder on Wednesday. These were both found on the ebb tide, one in the tide line near the entrance to the Bay, the other at the back end in the frog water. 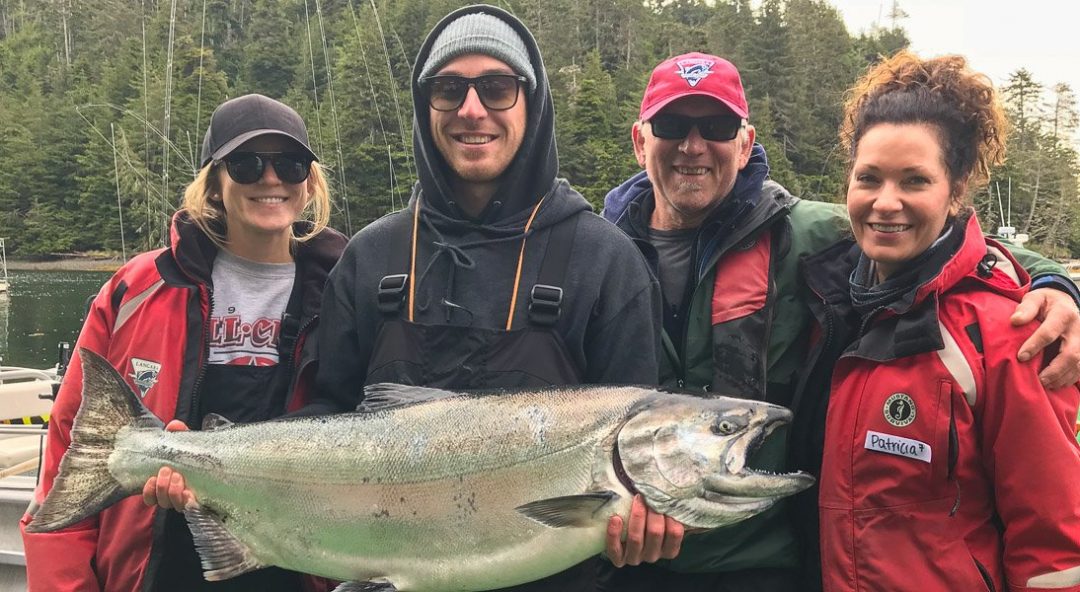 Around the corner, Boulder Point was holding fish on Thursday, but a never-ending supply of kelp and weeds on the surface made fishing there more trouble than it was worth.
Farther west, the bowl just short of Cape Knox has produced a few Chinook on the ebb tide, and boats fishing around Lepas Bay have also found salmon there. 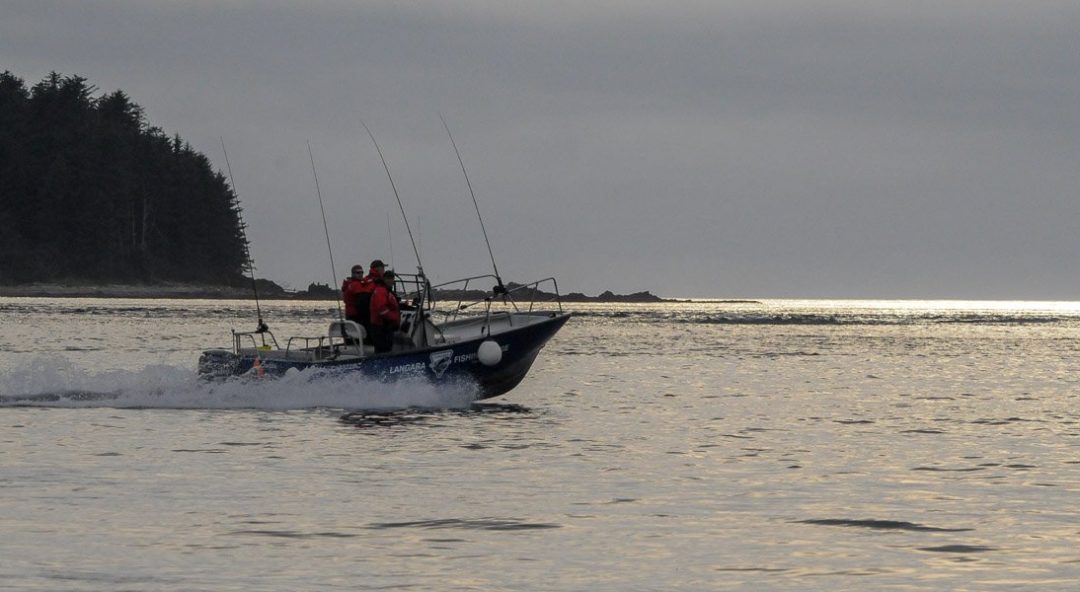 Whale activity was a bit quiet this trip, other than a couple of Transient Killer whales sneaking through Parry Pass yesterday, and a few Humpbacks passing near the fishing grounds. A large pod of Resident Orcas had been hanging around the island since opening day, but they seem to have left the area for now.

And in between the wind and rain, there’s been some beautiful breaks in the weather this week — perfect for exploring the island.