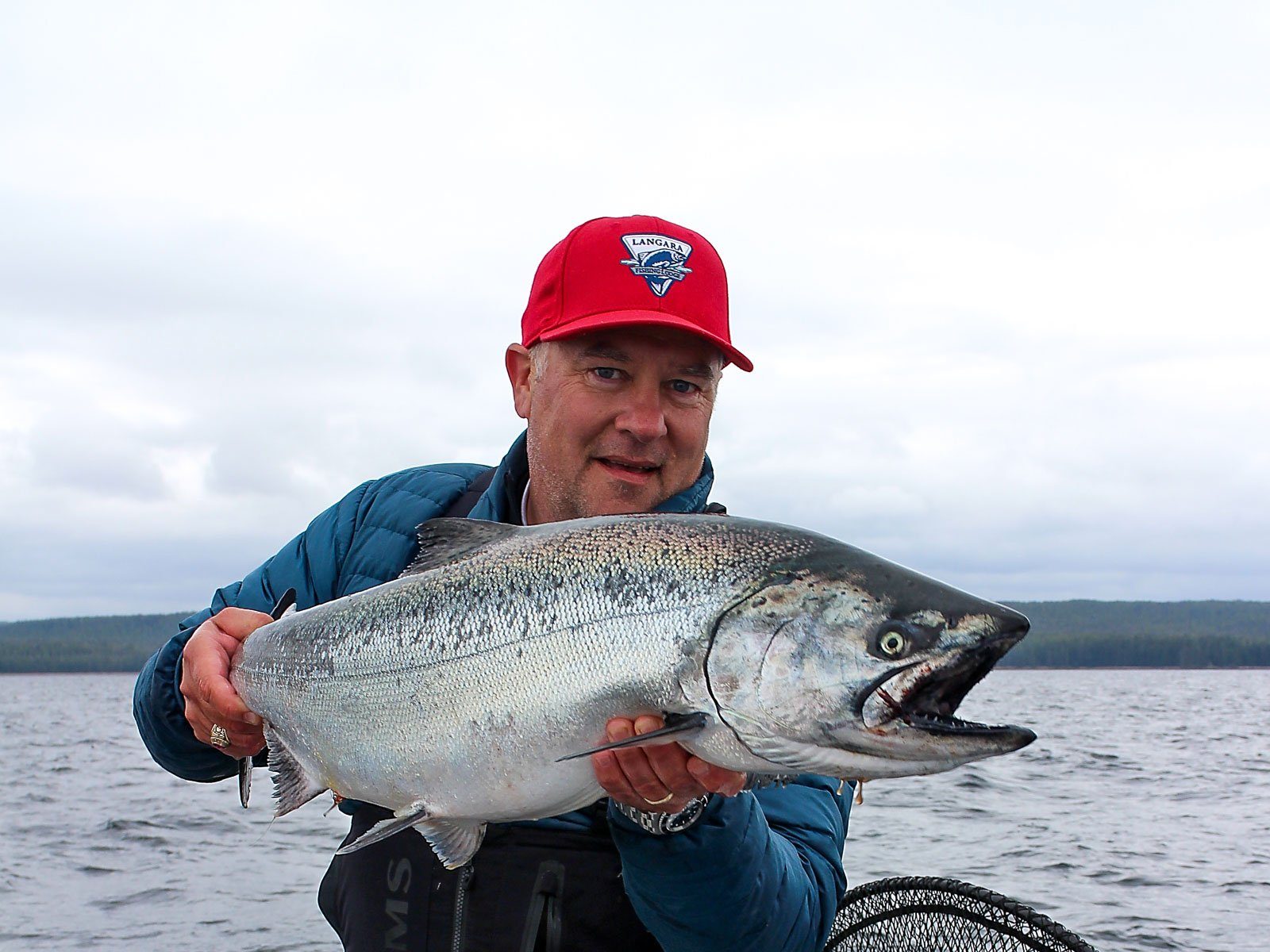 Favourable weather, winds, water, and a wealth of salmon were served up this week at Langara Island. 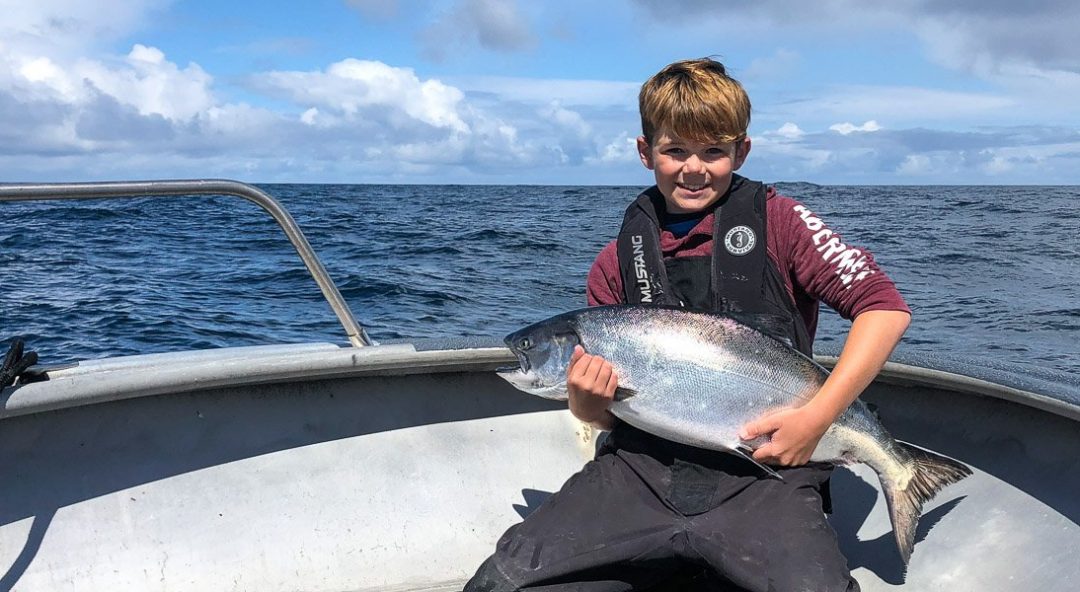 Some of the most productive salmon fishing this season has taken place in an area our anglers generally don’t focus on for salmon. 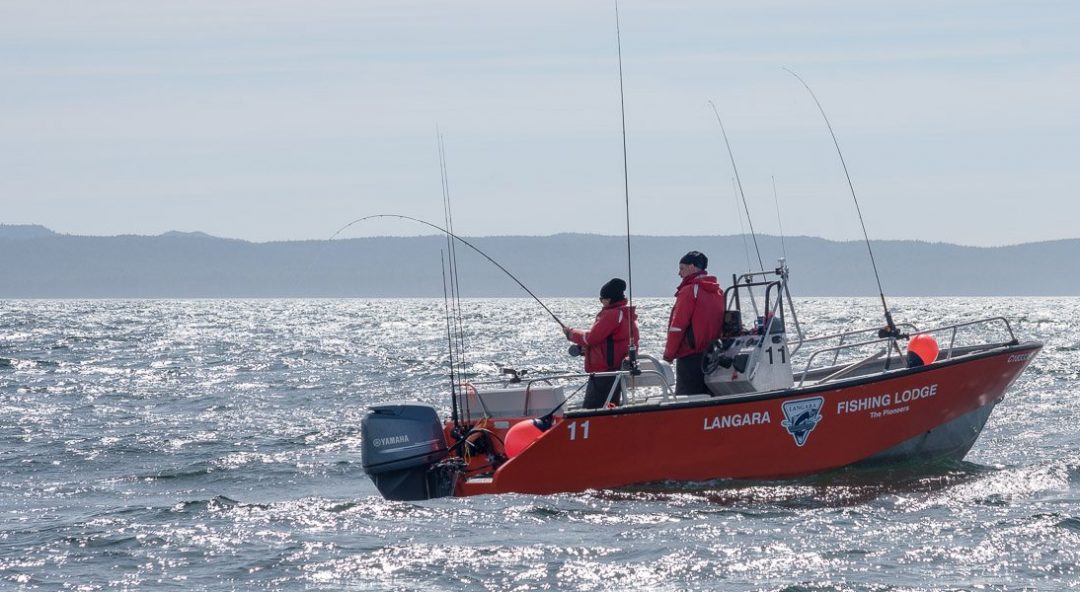 The top of the island, offshore of the Lighthouse to Langara Rocks, is frequently targeted for bottom fishing. But this season it has been stellar for both Chinook and Coho. 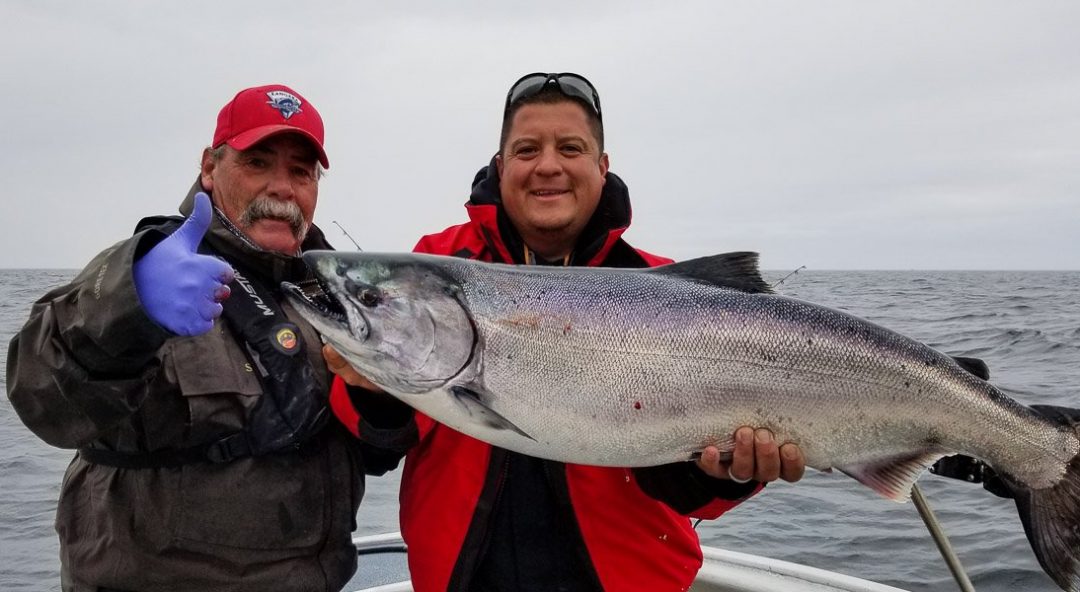 There are a couple of plateaus on the bottom — about a mile apart with some small bumps between them — that bottom fish like Halibut and Lingcod enjoy feeding around.

Lately, lots of salmon have been found here, most at the normal 15-25 pull range that is typical in our usual salmon spots. 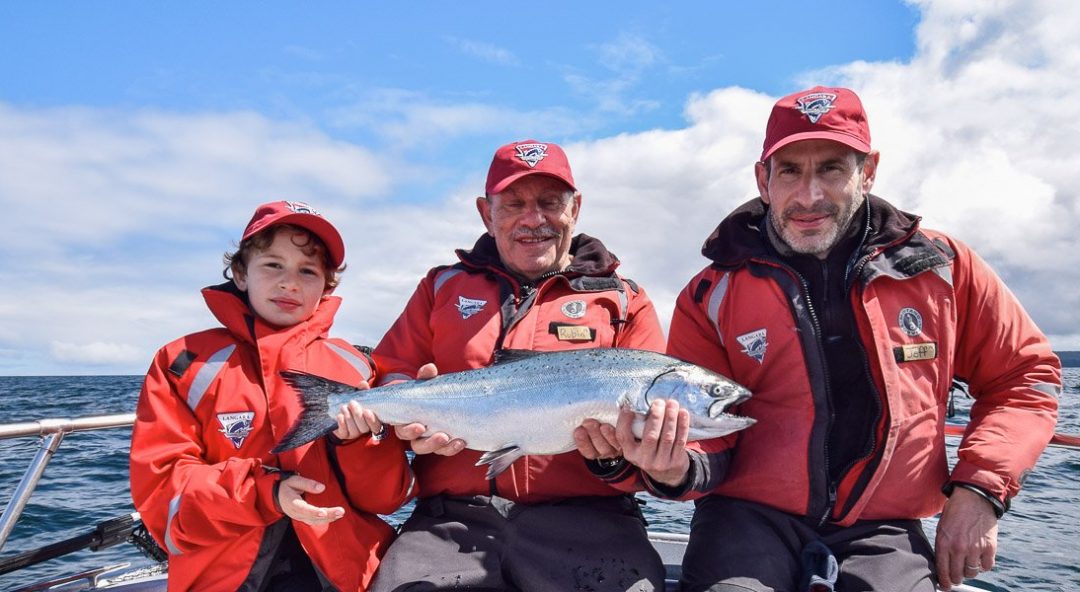 This area generally works best on the flood tide, and is obviously more sensitive to weather with the NW winds that can be prevalent. The water is 250-300 feet here, but most salmon are being caught at shallow depths. 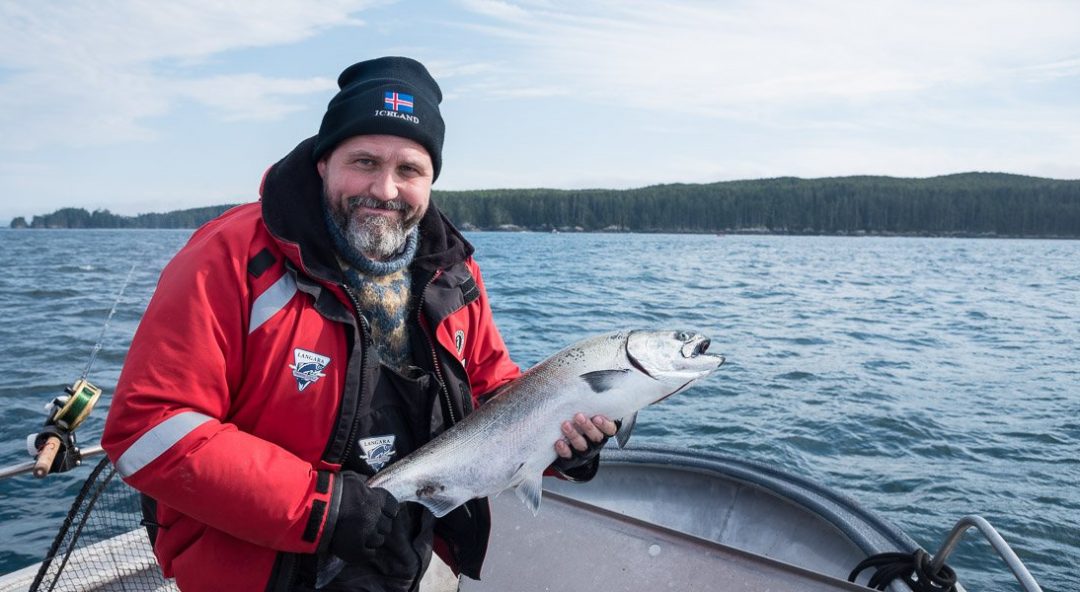 Nearby, the offshore drift from Langara Rocks around to Andrews Point continues to be the most productive area for salmon, day-to-day. 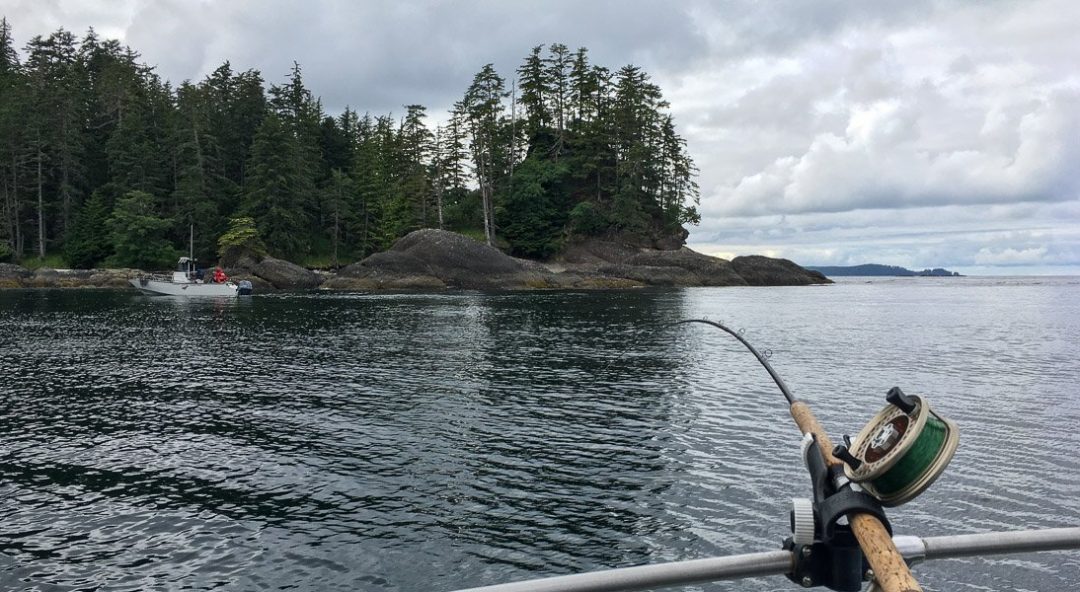 The Graham Island shoreline has been producing more consistently this week, particularly between Bruin Bay and Seath Point.

These are some of our nicest waters to fish — they’re just minutes from the lodge, and typically offer solid fishing in shallow waters alongside some of our area’s most scenic shorelines — but it’s taken a while for them to get hot this season. 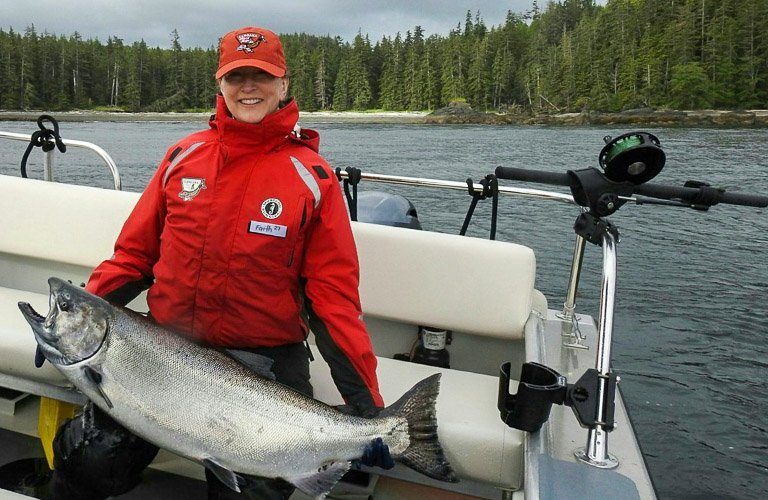 Anglers are finding Chinook in tight to Boulder Point and in the little bay just east of Seath.

The offshore drift from Pillar Bay towards the Jalun River, in about 150-250 feet of water, has been a good bet, too. 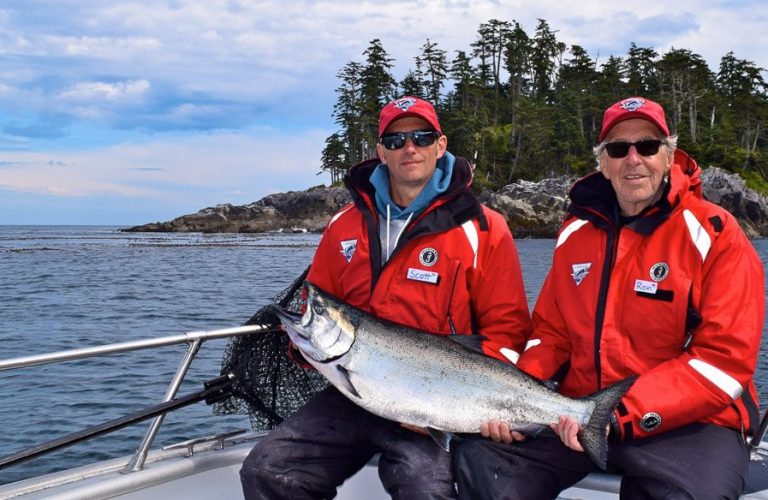 33 pulls and all’s well. Dropping in off Andrews Point. #keepitsimple

A post shared by Langara Fishing Adventures (@langarafishing) on Jul 2, 2018 at 9:18am PDT

Coho salmon are generally more likely to be found farther offshore in any area, but they’ve been showing up closer to shore around Andrews Point and Cohoe Point, and even deeper into Dibrell and Egeria Bay, along some nice size Chinook. 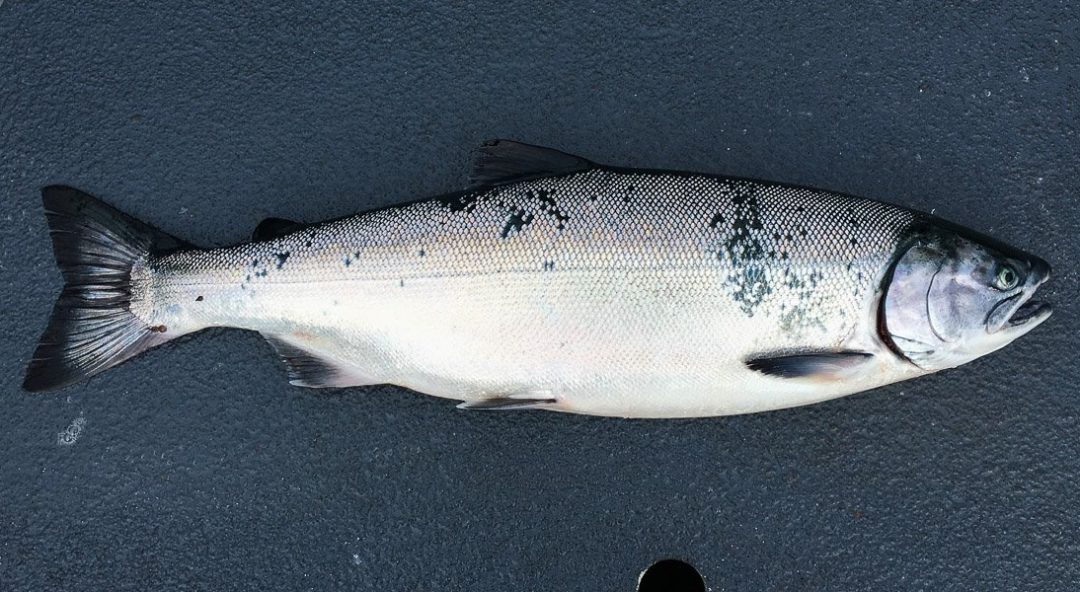 It’s turning into a really solid season for Coho: they’re already here in healthy numbers and sizes, with lots over 10-pounds. 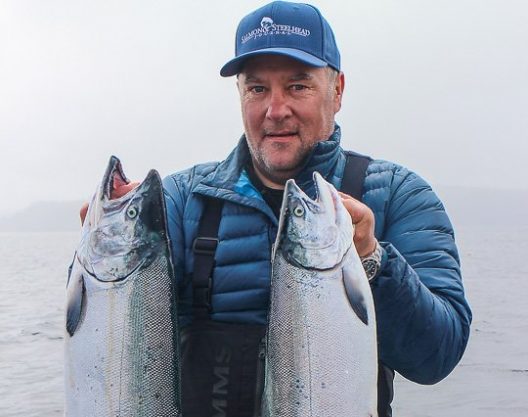 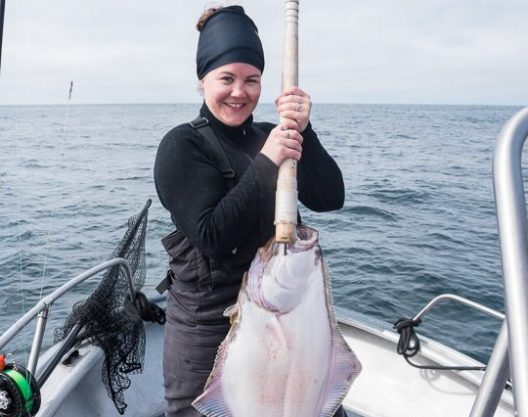 And it’s been even better on the bottom fishing front, with Halibut and Lingcod hitting the docks in consistent numbers all season. 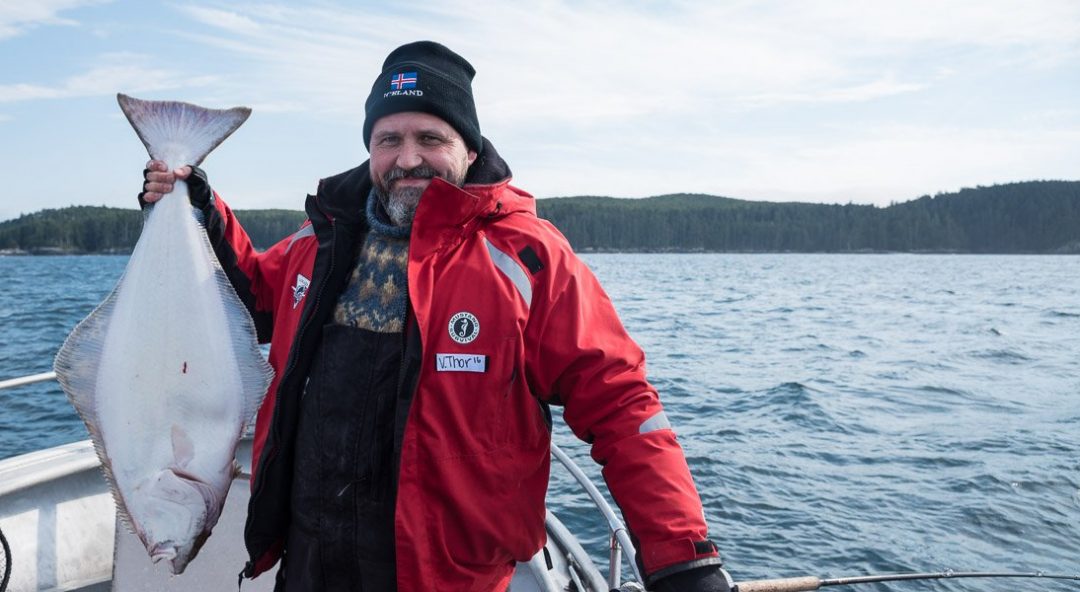 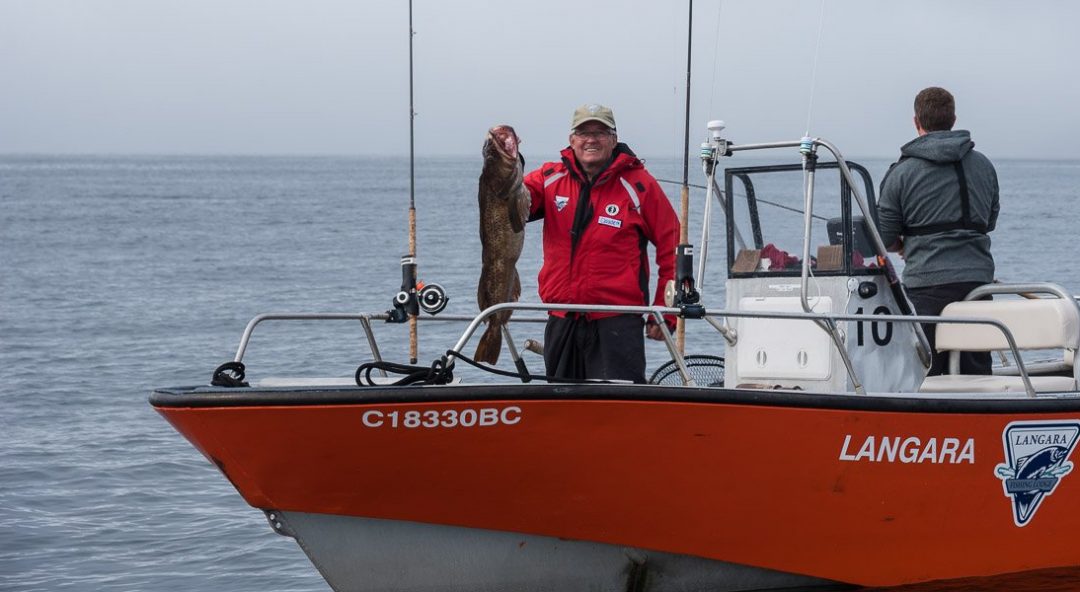 The west side is yielding lots of larger specimens of both species.

Smaller Halibut (under 15-pounds) are being found just about everywhere around the island — if you’re fishing for salmon anywhere off the east side of Langara you’ve got a more than fair chance of finding a 5-10 pound Halibut by just free-spooling a line down to the bottom.

Cheers for the birthday love everyone! Another year around the sun and they just keep getting better 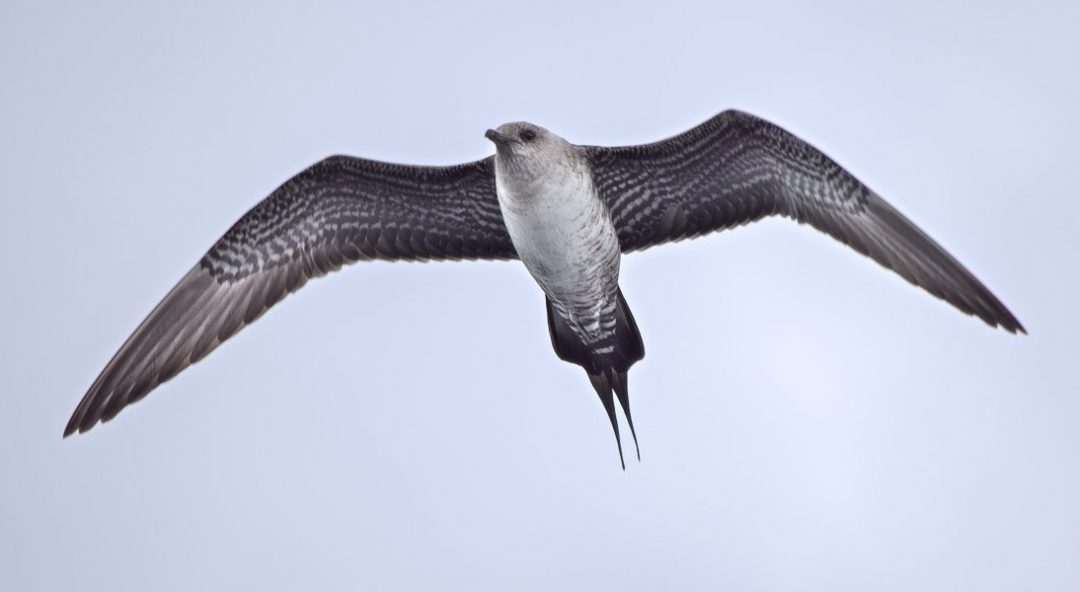 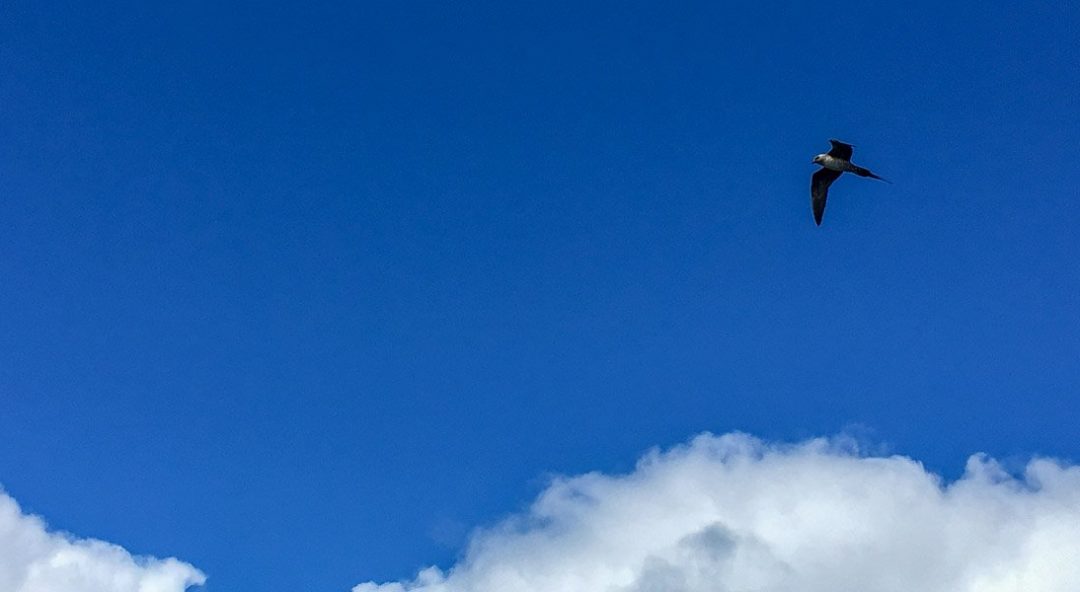 It was a great week for wildlife viewing and bird-watching:

A Long-tailed Jaeger was spotted buzzing around a few boats; jaegers typically feed by harassing other seabirds and stealing their catch, so waiting near a boat for some herring guts to be tossed aside made for an easy meal. 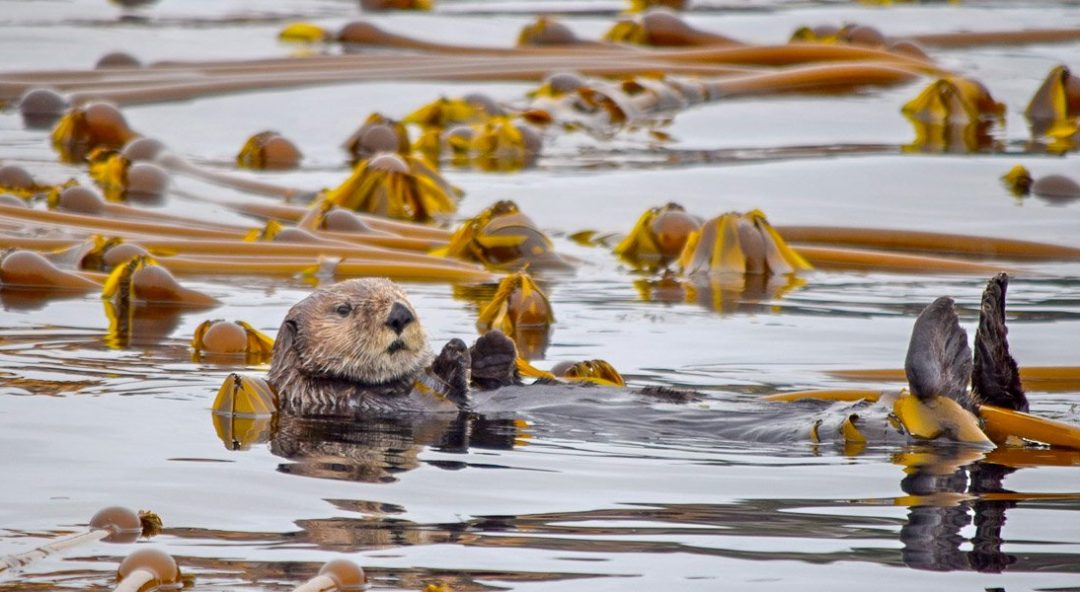 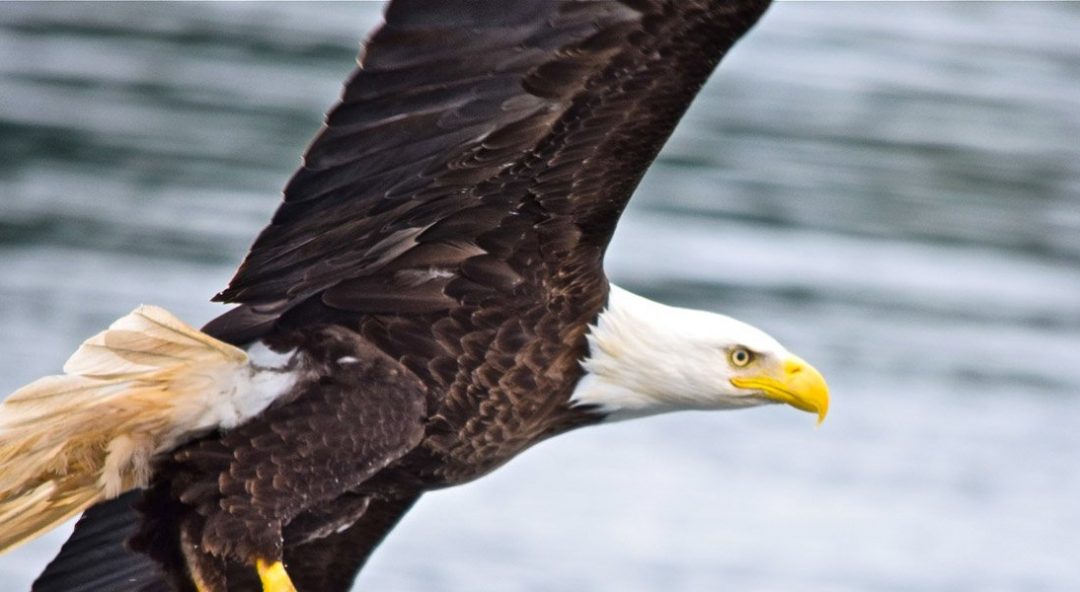 Several Sooty Shearwaters and some Northern Fulmars added to the usual display of Bald Eagles, Pigeon Guillemots, Oystercatchers, gulls and other sea birds.

Some Risso’s Dolphins showed up this weekend — it’s been a couple seasons since we recall seeing them.

And one of the few sea otters at Langara was spotted amongst the kelp beds off the north side of the island. 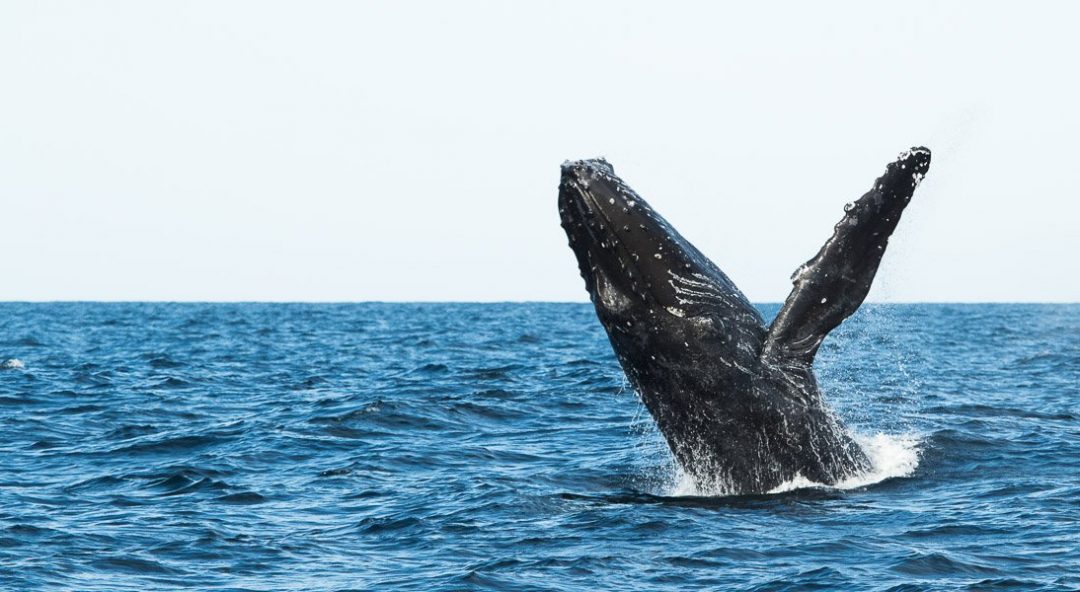 Humpback whales continue to provide plenty of photo opportunities all around the island. The waters a few miles west of the Lighthouse seem to be a popular hangout lately — a group has been spotted out there a few times breaching and flapping their fins. 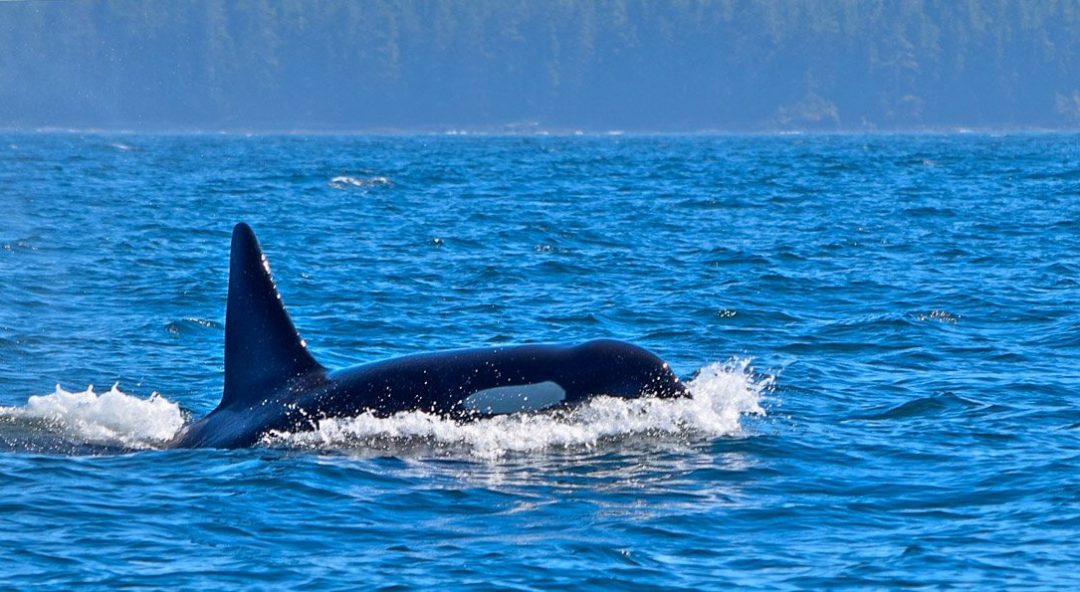 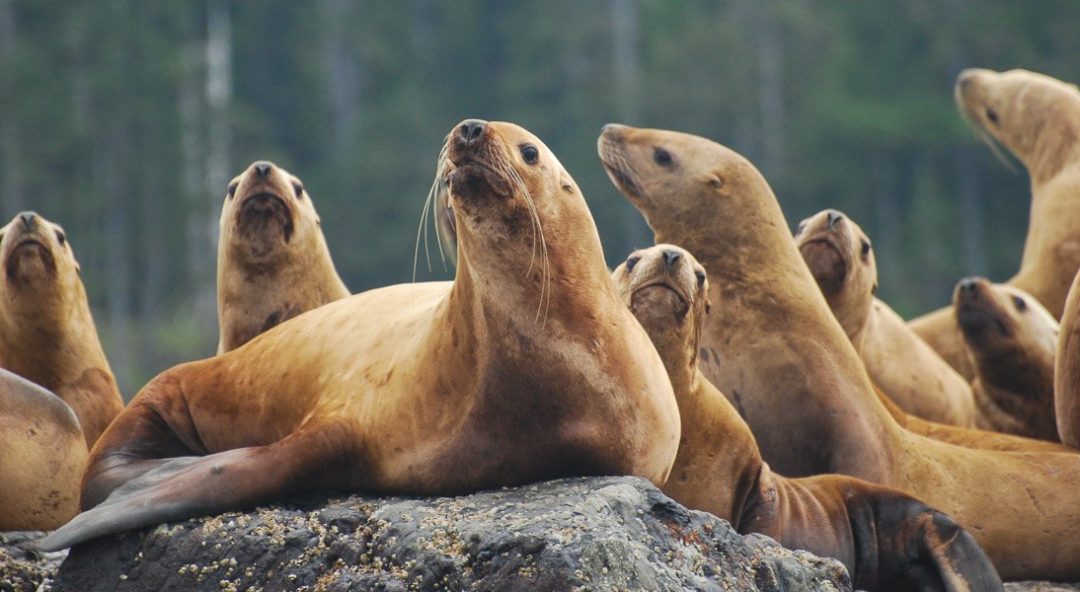 Transient Killer whales showed up in force last weekend, hunting sea lions for the second time in as many weeks.

The Transients eat marine mammals, not fish, and their preferred meal is a docile seal. Sea lions can be hazardous to prey upon, given their size and strength, and this latest episode was clearly a demonstration by the adult orcas to show a few of their young how to hunt and safely devour a large sea lion.

Key hole on Cox Island. Also by far one of the nicest days on the Gwaii this year. #haidagwaii #explore #pnw #westcoastbestcoast #explorebc #dayoff #luckytobehere

sometime you just get lucky