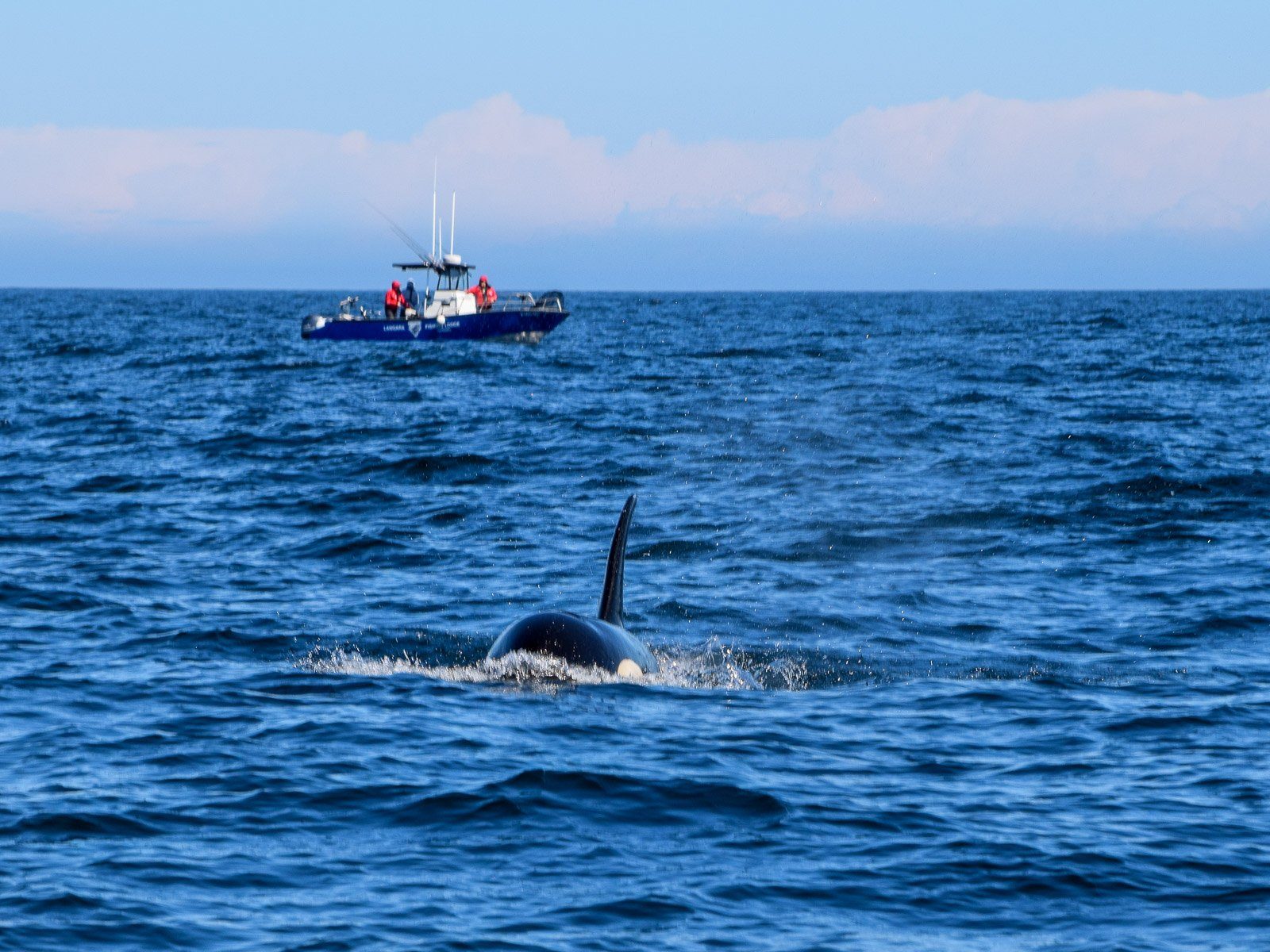 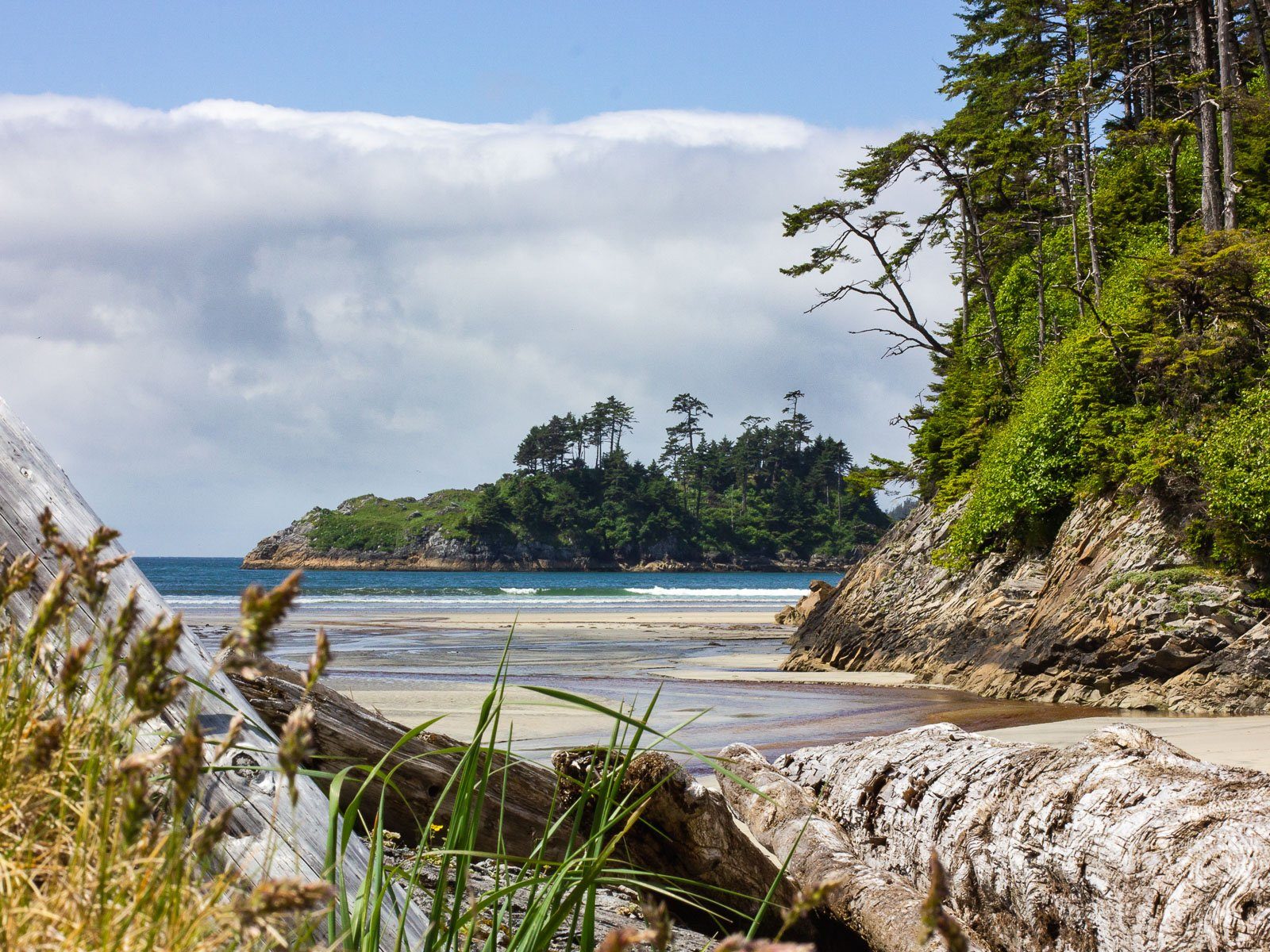 Hiking out to Lepas Bay 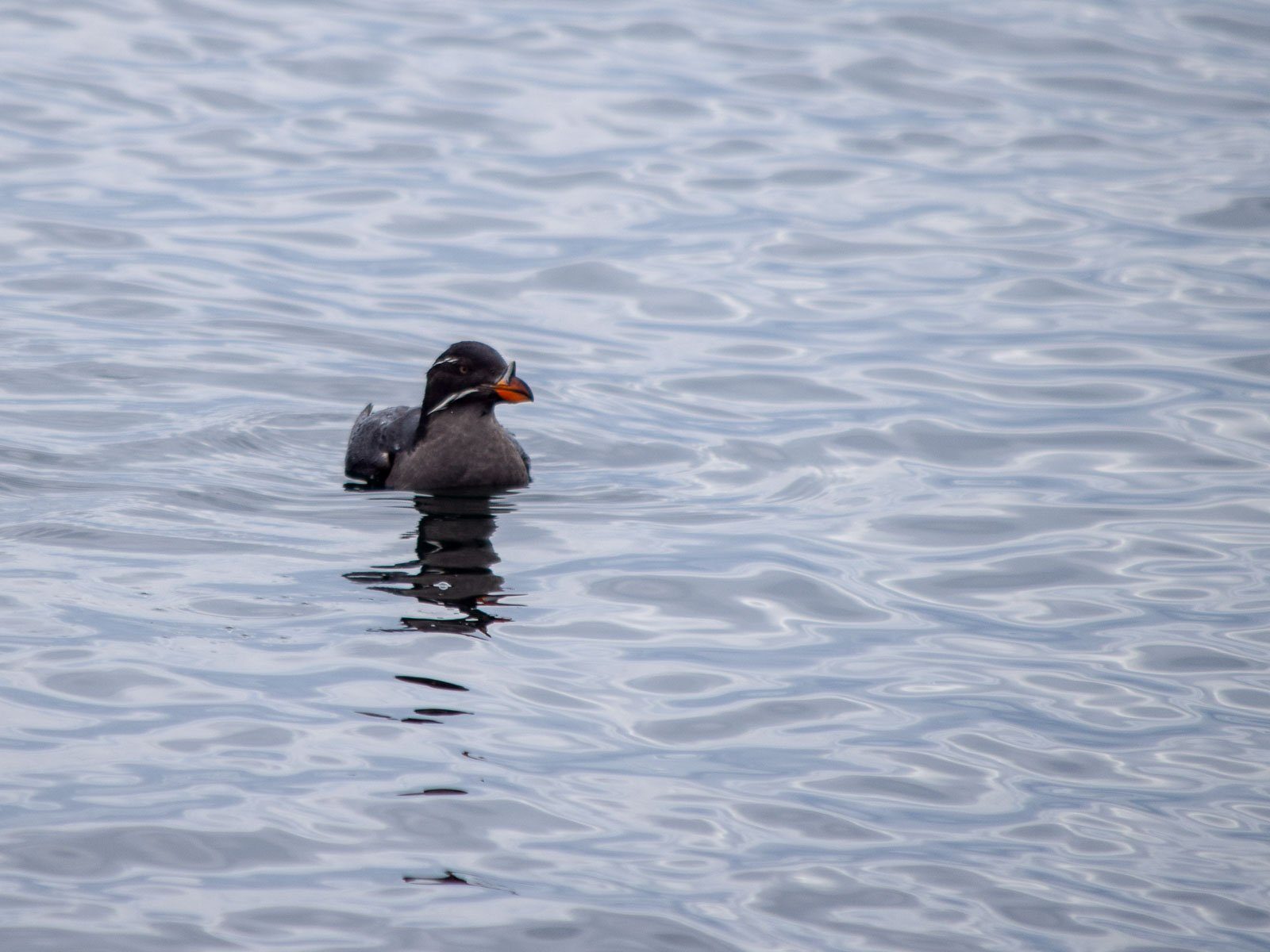 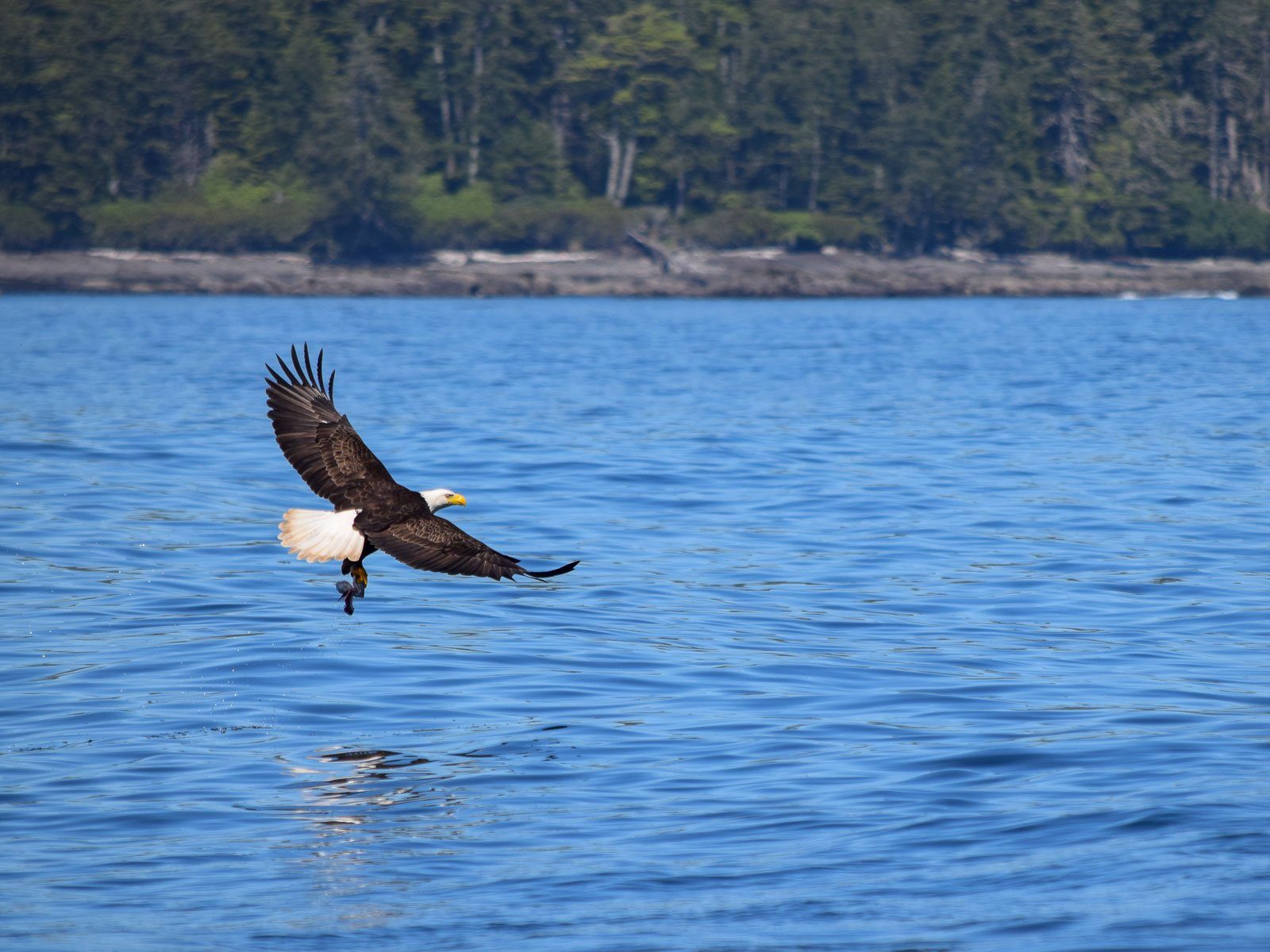 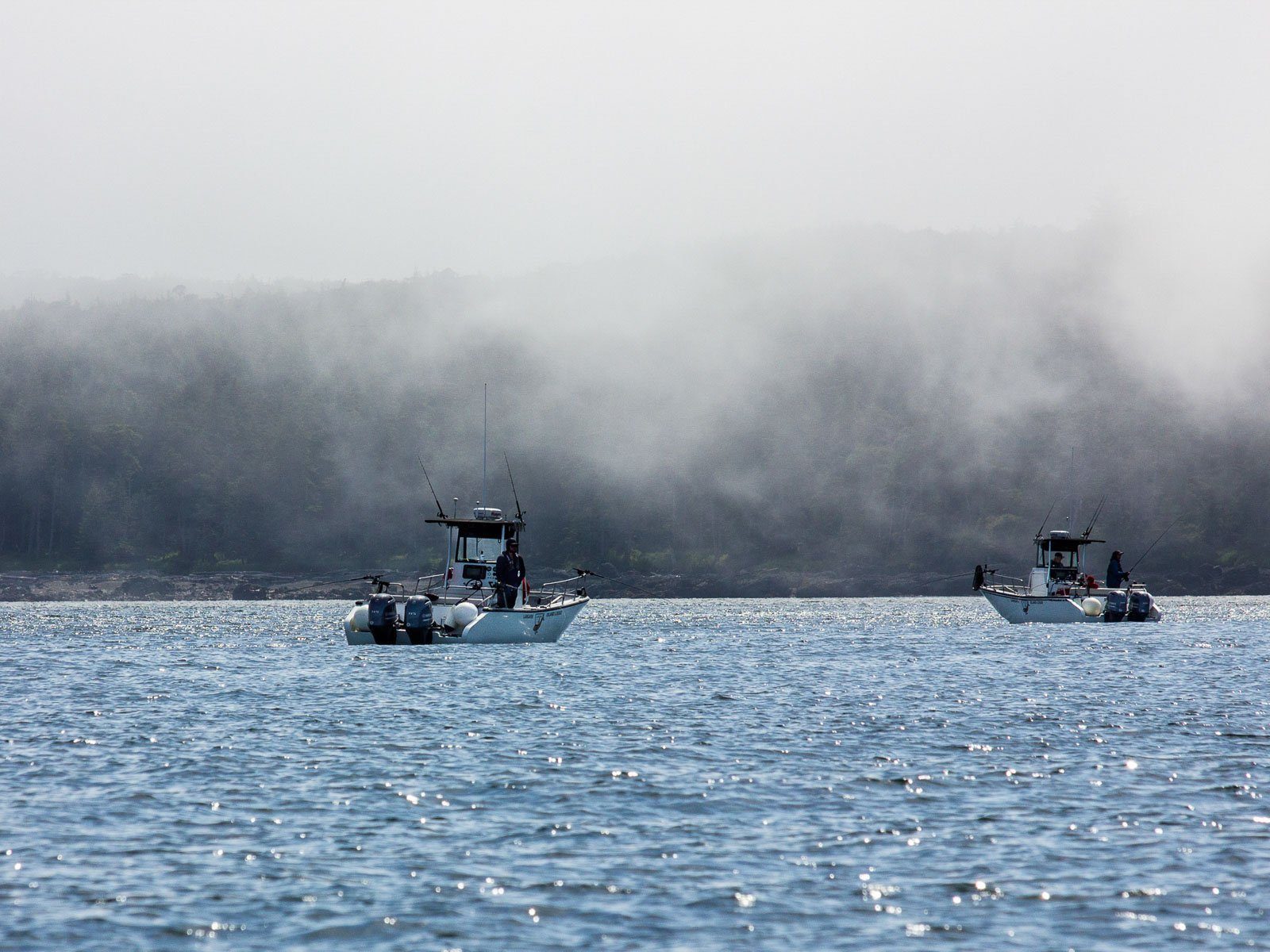 Warm temperatures resulted in a bit of fog this week

This past week has been truly stellar — and we’re using that word without any association to our pesky aquatic felines!

For a season that began with some challenging days, it’s remarkable how quickly it has turned into one deserving such superlatives.

Stayed over a few days to do a little fishing….and wow, what a couple of days it has been! Thank you @langarafishing for an amazing time!!! Thank you Yos and Stu! You guys are rockstars!! Most importantly, thank you @Fluxwerx!!! #salmonfishing #langaraisland #langarafishing #springsalmon #iphonepics #bestfishingguides! #naturepics #fluxwerx #chromerfishing

The previous trip featured an abundance of both Chinook and Coho salmon that ranks amongst some of our best days ever, as told by several of our longer serving guides.

We fell off that high a bit as the week progressed, but that was to be expected.

Great trip to #Langarafishinglodge in BC. Lots of fish and unbelievable dry and calm weather. #chinnock #kingsalmon #fishing #salmonfishing

Our fishing efficiency was certainly aided by a nice stretch of near perfect weather earlier in the week, and by a return to some more typical Langara Island fishing patterns, but what’s happening beneath the surface deserves all the credit.

The north side of Langara was providing the most reliable action over the past few weeks, with consistent bites happening in waters we don’t typically target for salmon — from NW off the Lighthouse, above an underwater plateau we’ve started calling the Dinner Plate, and east towards Langara Rocks. 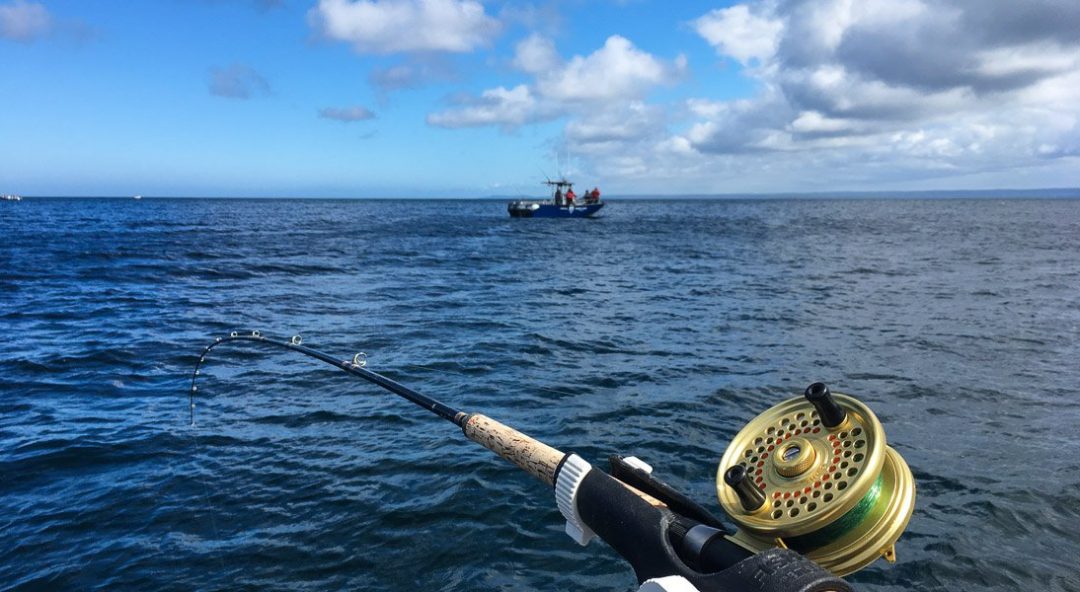 But the patterns changed this week, with strong numbers of Chinook returning to some of our favourite spots. Much of the fleet is now focusing on the Graham Island shoreline, where we’re currently finding strong populations of Chinook salmon. 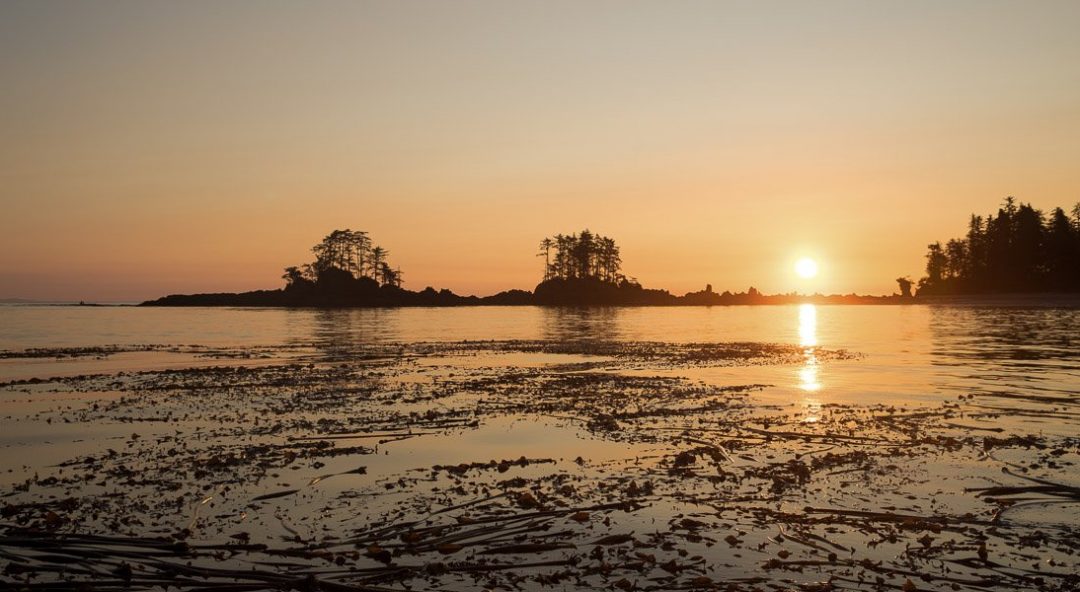 Seath Point, Boulder, Gunia, and Bruin Bay are all yielding salmon from the tail end of the flood tide and well into the ebb. Chinook are predominant here, and several around the 30-pound range have been landed this week.

The best place to fish is where the fish are, but, given the option, we’ll take these scenic shallow shorelines over open water any day — never mind the fact they’re just a few minutes from the lodge instead of on the other side of the island!

We also had a persistent westerly wind settled in this week, so many of our boats were happy to head to these more protected waters.

Pretty cool to have guests that want to release fish! Letting them go so they can grow.

The baitfish rolling through this area have been herring lately — unusual, as needlefish are more commonly found here — and that is likely increasing the bite count as it matches what’s on our lines.

Herring have been around Langara in high abundance this year, and they seem to be large — ssome of these herring could almost pass for small pink salmon!

Farther offshore of Pillar Bay, the flood tide drift towards the Jalun River has been effective at times. But fishing closer to shore has been better, especially if targeting Chinook. 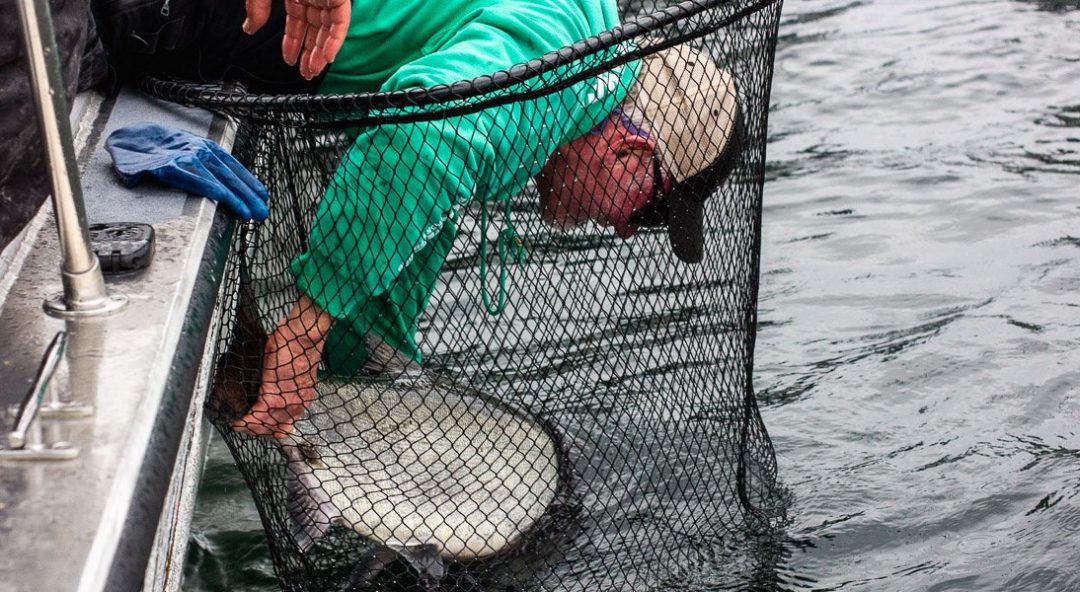 Although the spotlight is now on the Graham shore, other areas are still producing well: we’re finding Coho salmon everywhere from Cohoe Point around to the Lighthouse; offshore in any of these areas seems to provide more opportunities for this species.

Chinook have been found from Andrews Point up to Langara Rocks. The salmon here are spread out through the water column, with bites from 15-60 pulls, and a few deeper than that. 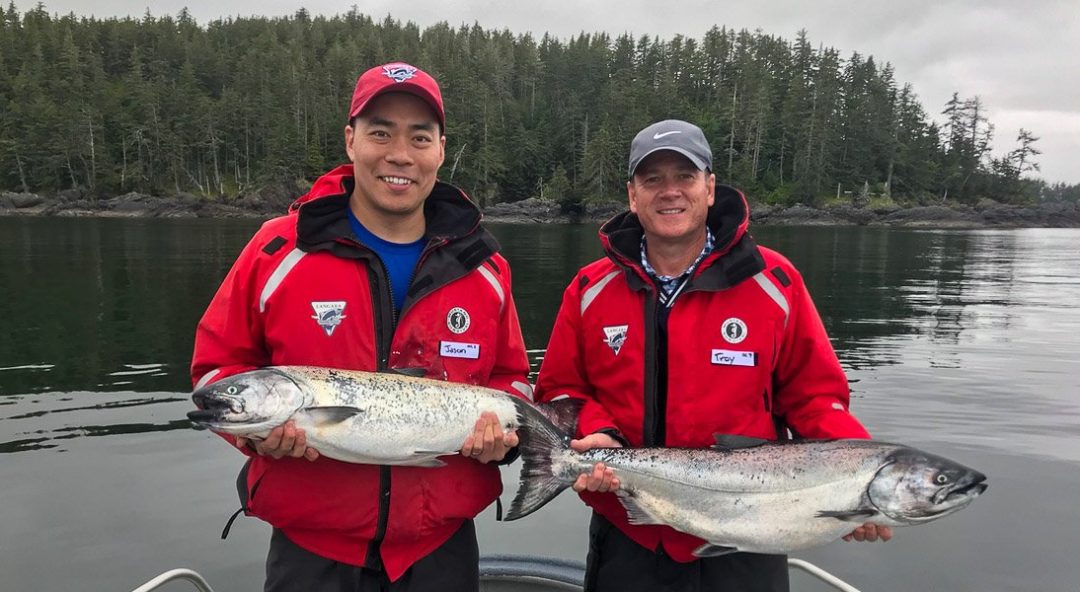 Halibut fishing was excellent off the west side earlier this week, but has been hampered by the westerly winds this past trip, with Lacy Island to the Lighthouse closed for much of it. But the usual spots off the east side of Langara are all providing a steady supply of smaller Halibut.

We have some large tides this coming trip, so any bottom fishing is best timed closer to the tide swings.

A big gang of Resident Killer whales, likely 50 or more, has been showing up around the island this week. These are the salmon-eating variety of Orcas, so their presence can impact the fishing, but there seems to be plenty for everyone right now. 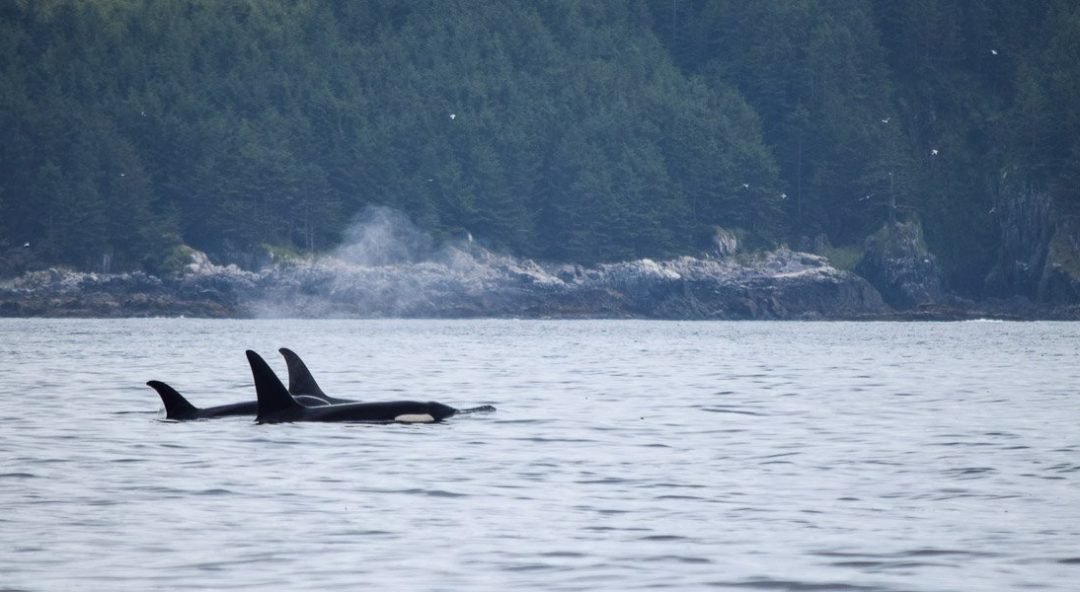 Humpback whales are present all around the island, sometimes travelling in small groups but often just one or two cruising along the shoreline. Some have been concentrated off the Jalun River this week, flopping around and performing the occasional breach.

Was given the most generous, once in a lifetime gift for my 40th this year. Impossible to put into words my gratitude or capture with pictures the extent of the beauty we shared. Thank you for the memories that will be with me for a lifetime❤️❤️❤️ @mynicknamesmaggie @raddad4