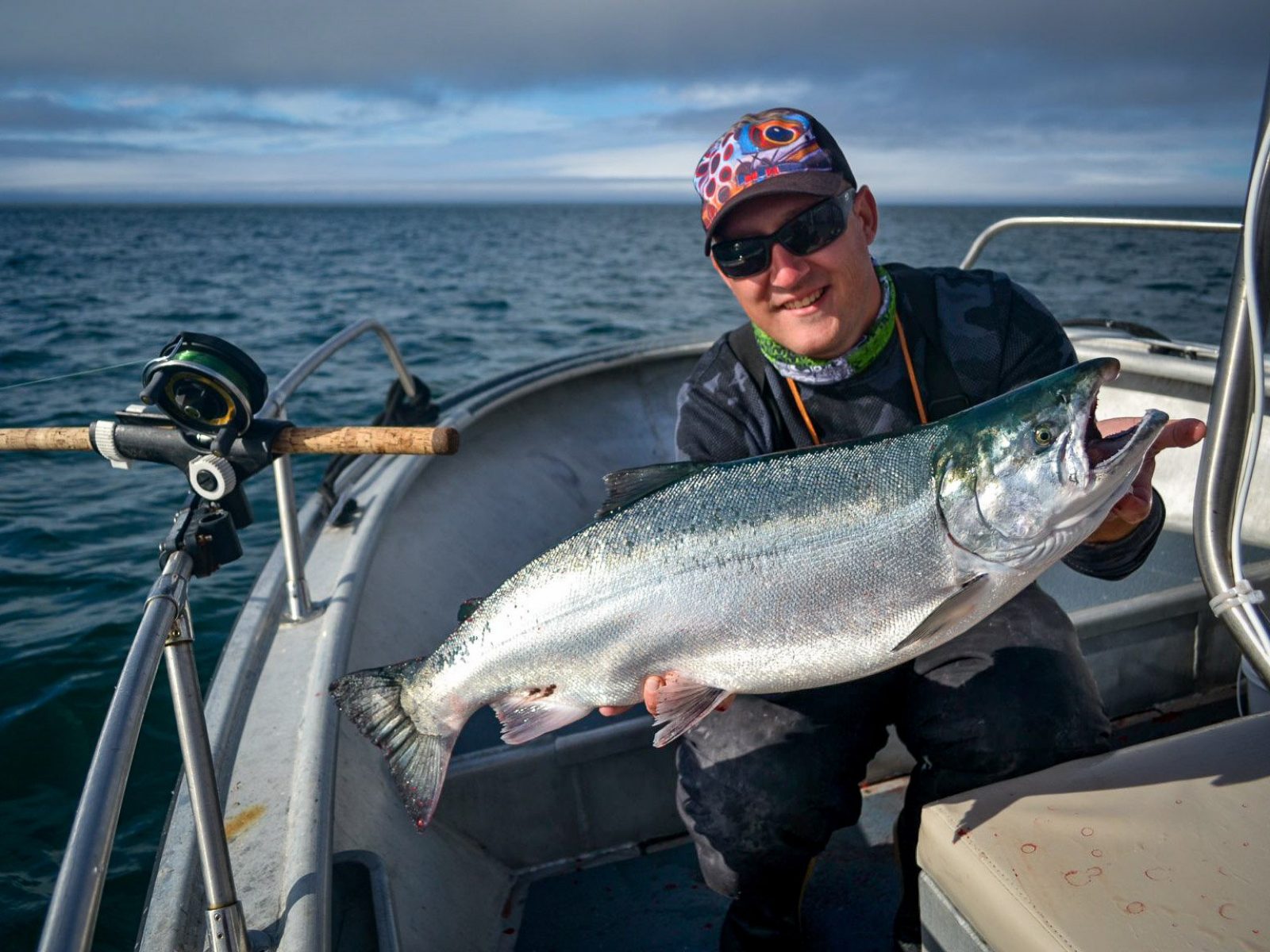 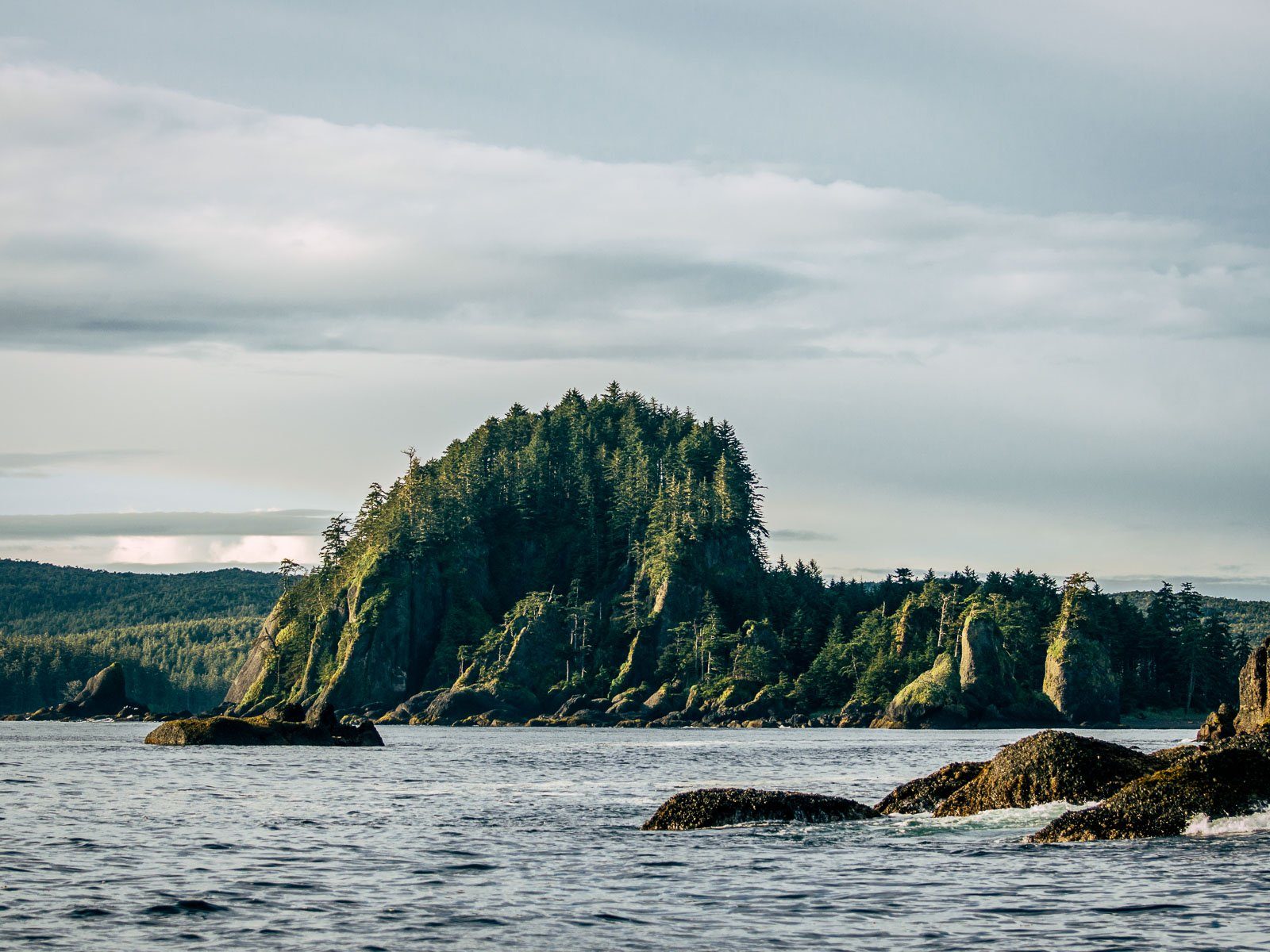 Cloak Bay and Cox Island, one of Langara's most scenic areas. 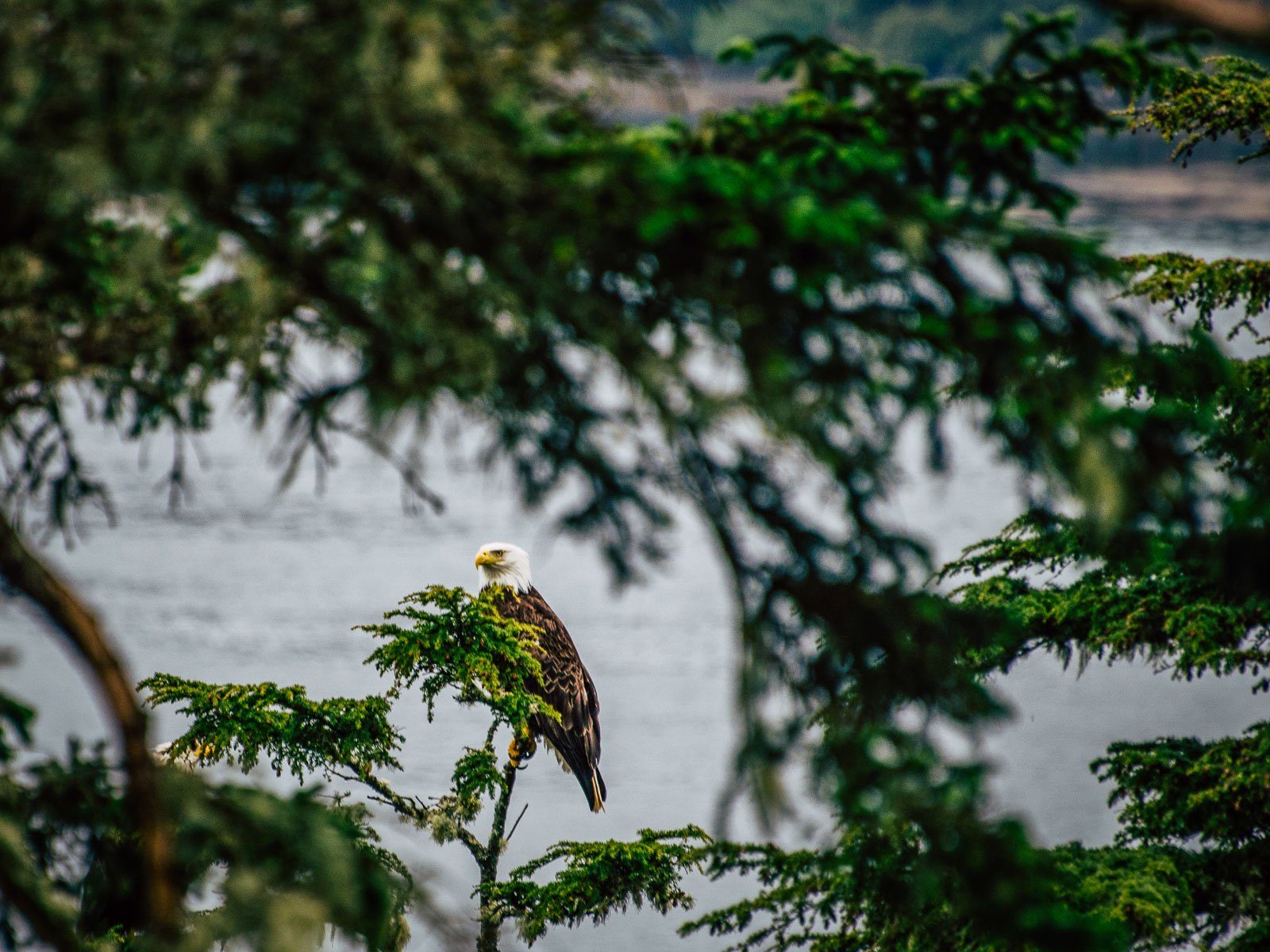 It’s been a blustery week overall, but the skies have been taking a lot of deep breaths in between the gusts, so conditions have swung from great to gravol-grabbing just about every day. 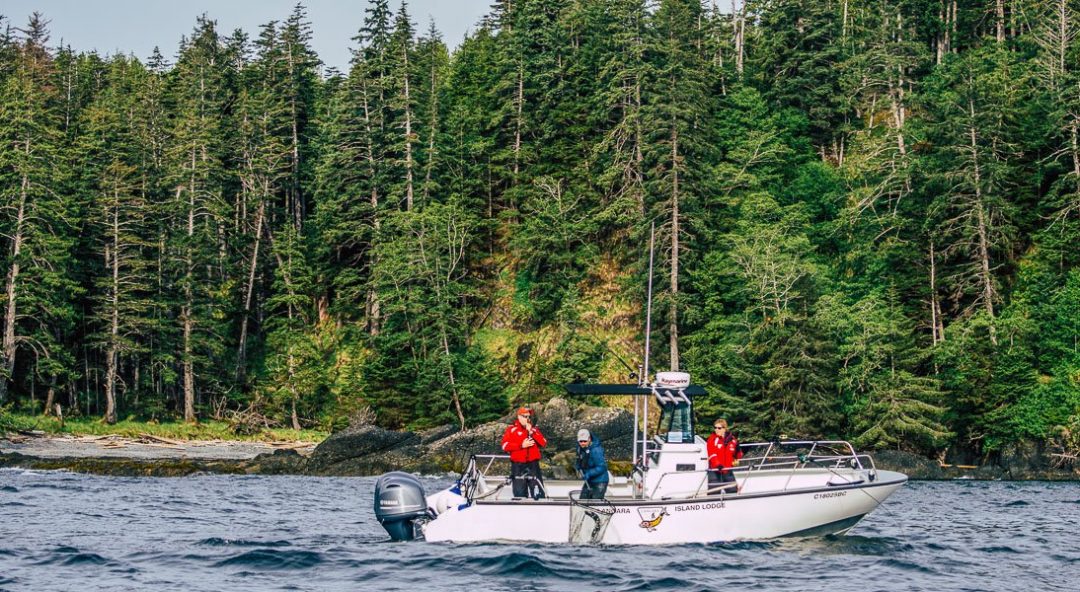 This past trip started out with a strong NW wind and rain, but turned beautiful Thursday morning, with sunny skies and calm waters all around the island.

Fishing patterns haven’t changed much since last week — the most reliable waters continue to be around the east side of Langara, with other areas producing at times. The bait has been really spread out lately, so each day brings a fresh search for the best spots and depths. 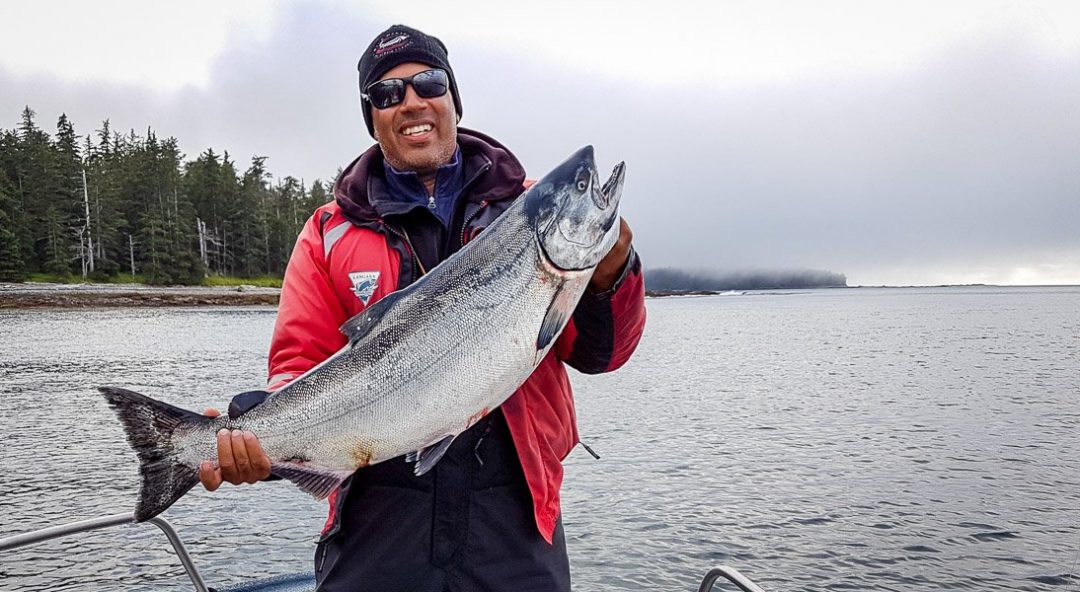 Boats targeting Cohoe Point and Andrews Point have been finding salmon on most tides. Some of the better Chinook action lately has been tighter to shore here, and in towards Egeria Bay.

Sunny days and big bites at Langara, can’t complain about that!

There are good numbers of Chinook and Coho hanging out offshore of both points, as well, with bites as deep as 50-60 pulls. 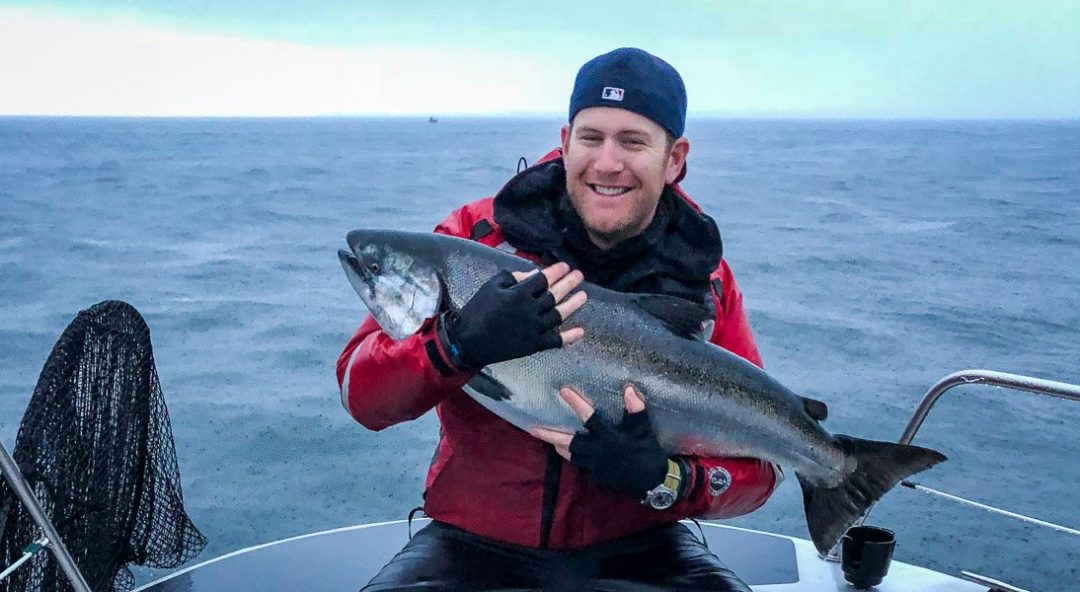 Dropping in close to McPherson Point has been yielding results at times. And the flood tide drift from Langara Rocks around past McPherson continues to be a popular tactic, with some good bites on most tides.

Another successful year at Langara

A few boats are usually sniffing around Boulder Point most days. It’s not nearly as productive as it was a couple weeks ago, but we’re still finding a few nice Chinook here, including a couple of Tyee-size salmon that were landed and released.

Offshore of Seath Point has probably been the most consistent producer the past few days. It’s a bit of a ‘middle-of-nowhere’ area, out in 280+ feet of water, but boats fishing here have been getting into good numbers of Coho hanging out around 10-30 pulls and some nice Chinook down deeper, around 60-80 pulls.

Coho are averaging a nice 10-12 pounds, with lots in the mid-teens — we’ll likely start seeing a few in the high-teens as we get later into August.

With the whole island opening up on Thursday there was a rush on bottom fishing. Lots of Halibut in the 30-40 pound range hit the docks, along with some nice Lingcod.

It’s definitely that time in the season when you can’t believe it’s gone by so fast — just under 4 weeks left to enjoy this beautiful little place we call home each summer.

There’s still time to join us — September at Langara has been excellent the past few seasons, and we have a few spots still available at both lodges.

Come finish your summer in style! 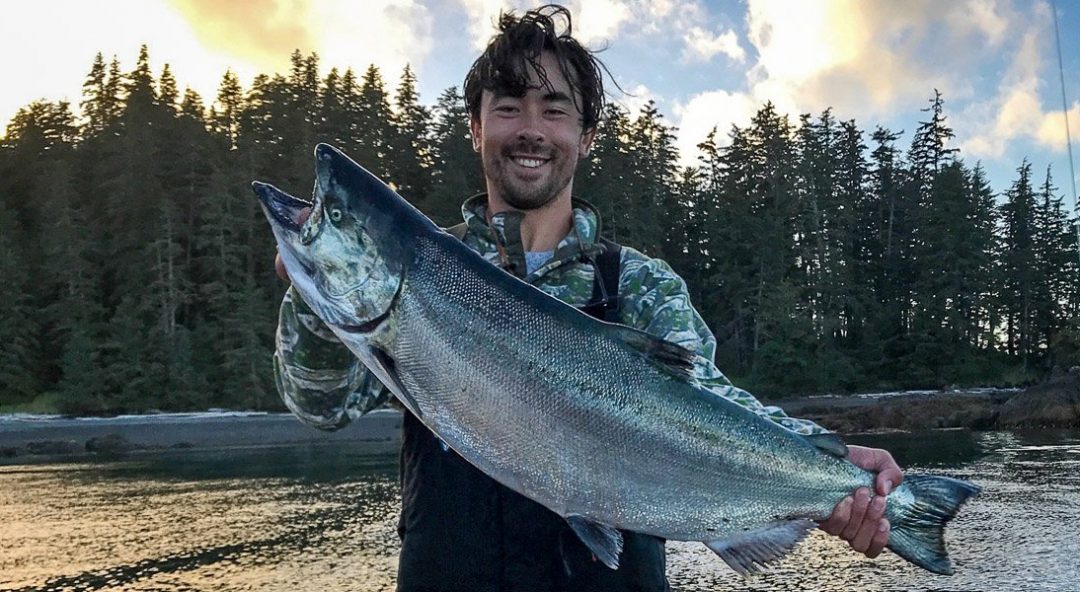