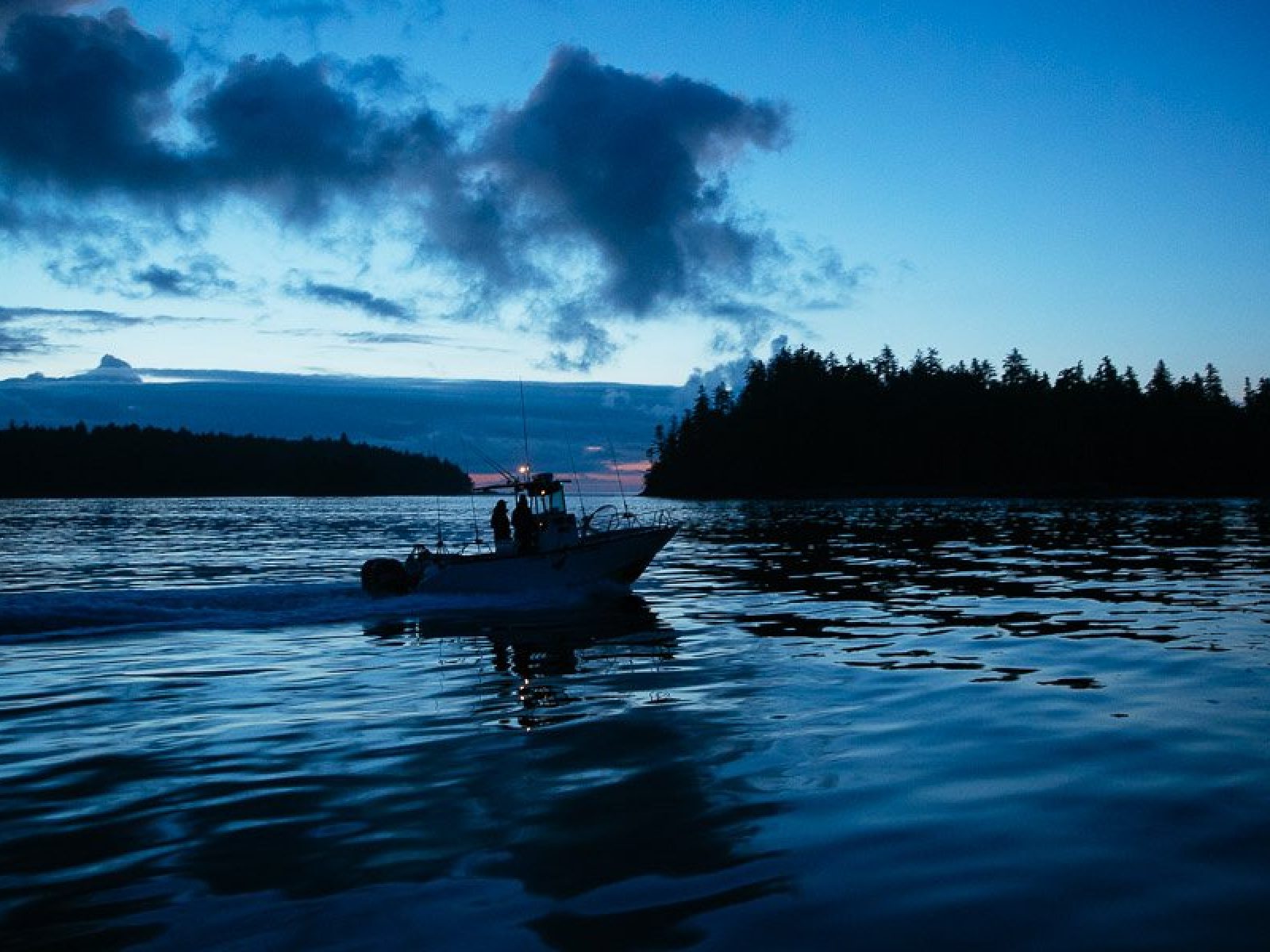 Back on the beautiful waters of Langara Island! 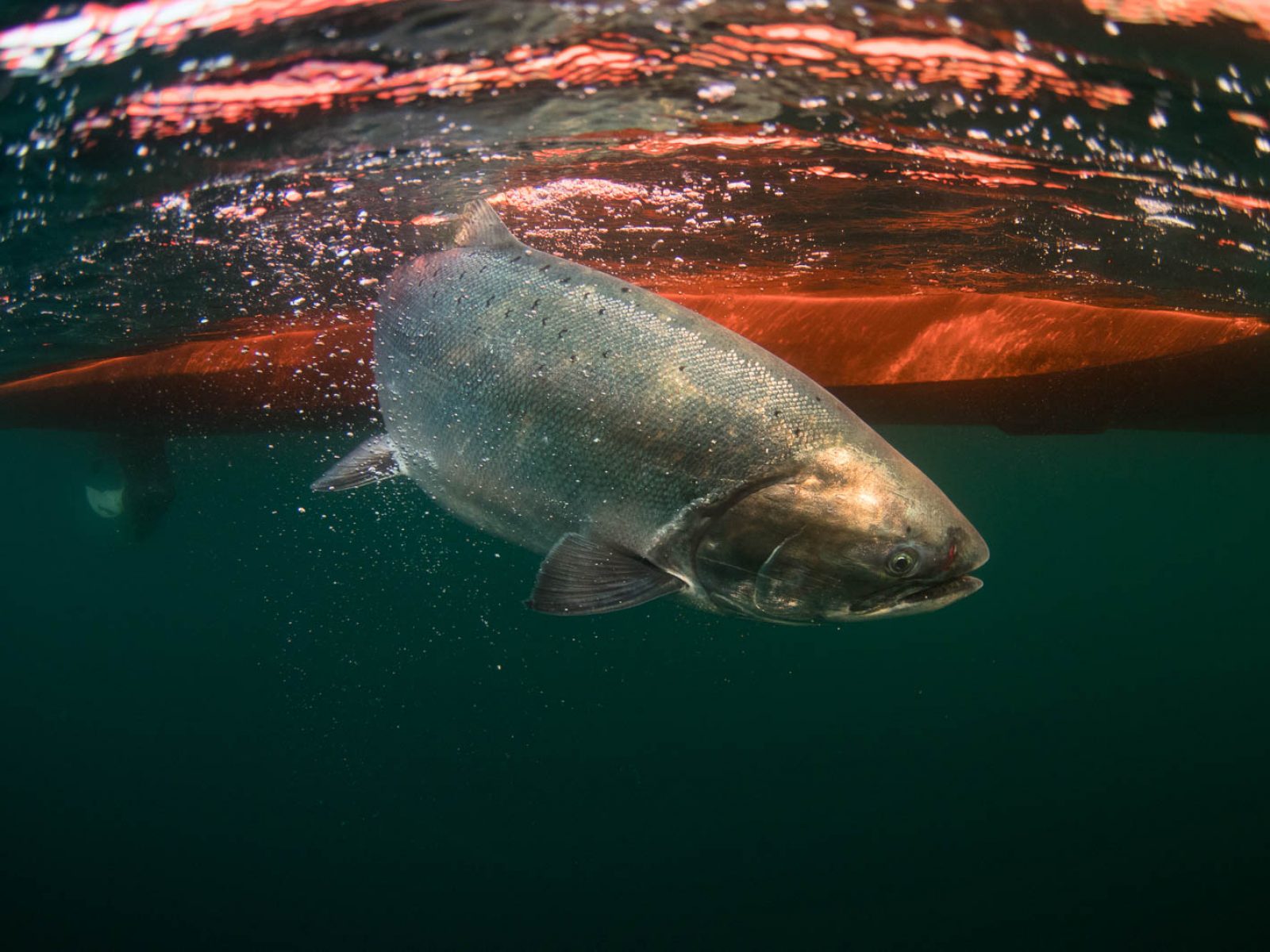 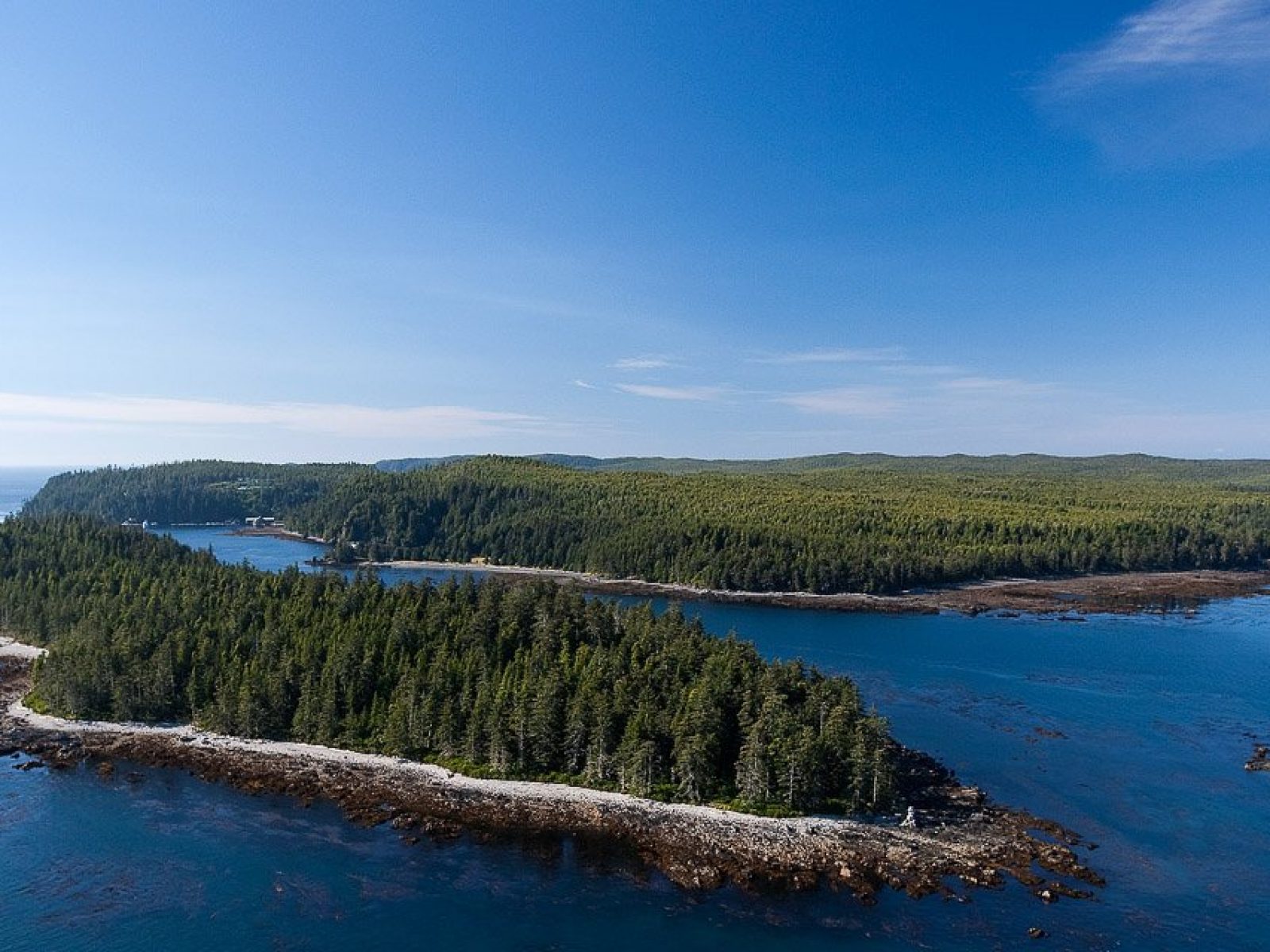 Clear skies on the opening day of our 2019 season!

It’s the start of another exciting season at Langara Island!

Langara Fishing Lodge welcomed its first guests yesterday, and Langara Island Lodge will be doing the same this coming Saturday.

We’re pleased to report a great opening weekend to the season, with productive fishing under sunny skies! 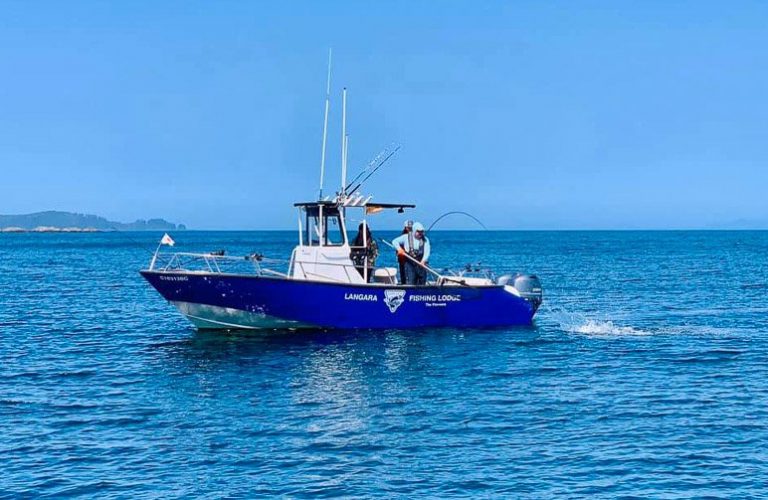 Langara Fishing Lodge opened with its most popular event of the season — the Haida Gwaii Tournament, with $185,000 in cash and prizes up for grabs over just 3 days of fishing.

This event features a unique ‘tag-and-release’ format — salmon netted by contestants are passed off to officials on the water, then quickly measured, tagged, and released – so it’s also an opportunity to participate in our salmon research efforts. Each year a number of our tags are recovered, in rivers ranging from the Skeena in Northern B.C. to the Columbia in the Pacific Northwest, providing valuable data on salmon migration and growth rates. 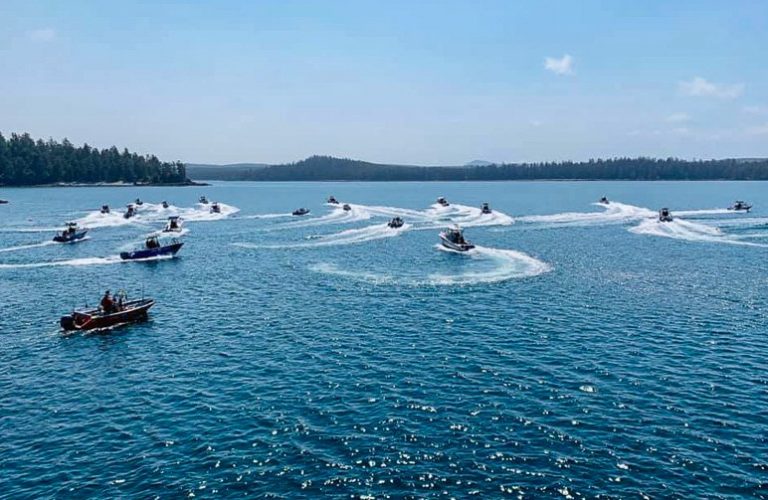 Here’s the start of the tournament, as seen through the AIS global positioning system — 15 minutes in 20 seconds (lines indicate direction and speed).

A few boats went west to Chanal Reef, a few more over to Gunia Point, and the majority of the fleet headed up to Cohoe Point and Andrews Point to drop their first lines.

The leading fish after opening day was measured at 30.60 pounds.

The second day started with some strong action in several areas around the island, so it should be an exciting few days of fishing — the tournament wraps up end of day tomorrow. 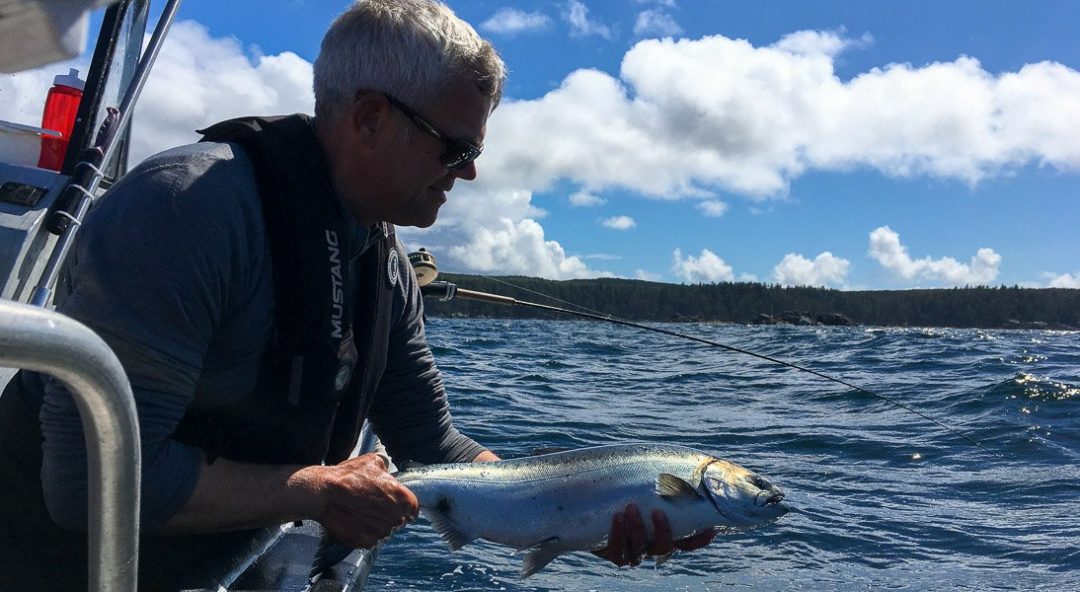 Our staff spent much of May preparing both lodges for opening day, but found time over the past couple weeks to test the waters, mostly along the Graham Island shoreline and up to Andrew Point.

We were pleased to find Chinook in all the usual places, with the occasional promising flurry of bites.

Andrews Point was starting to hold bait, especially near the tide swings. We found bait all over this area, with the Chinook taken shallow. The last few mornings before opening all produced some Chinook here.

Cohoe Point, when fished, seemed to always have fish present, with bait hanging around Egeria Bay but not in the masses we’ve seen off Andrews. 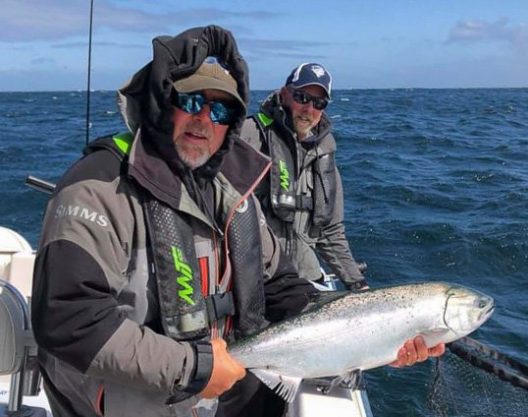 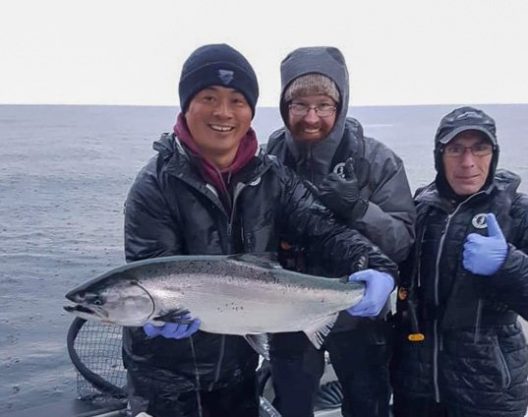 Boulder Point also yielded a few Chinook, and seems to be ebb tide only. Around the corner, Bruin Bay had a little action, as well, but we only had a couple of boats in there for a short period of time.

A strong NW wind kept us off the west side, but there seems to be a good amount of herring present from Andrews around to the West side, so this will hopefully leave a solid scent line for good things to come. 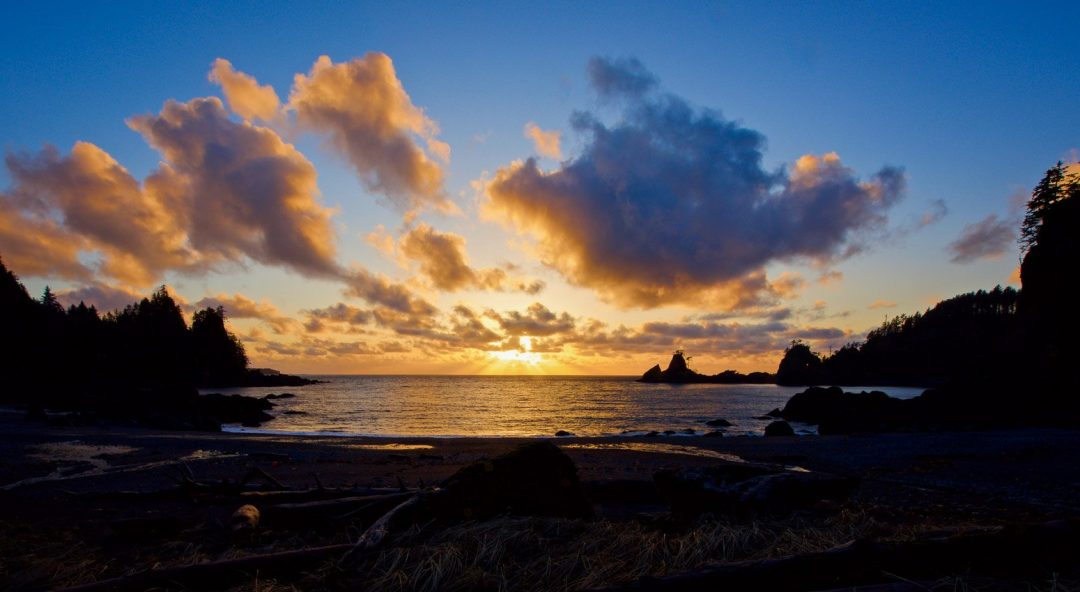 The forecast is calling for continued dry skies until Thursday, then just some light rain, although it has been chilly — if you’re joining us this week be sure to bring a couple extra layers.