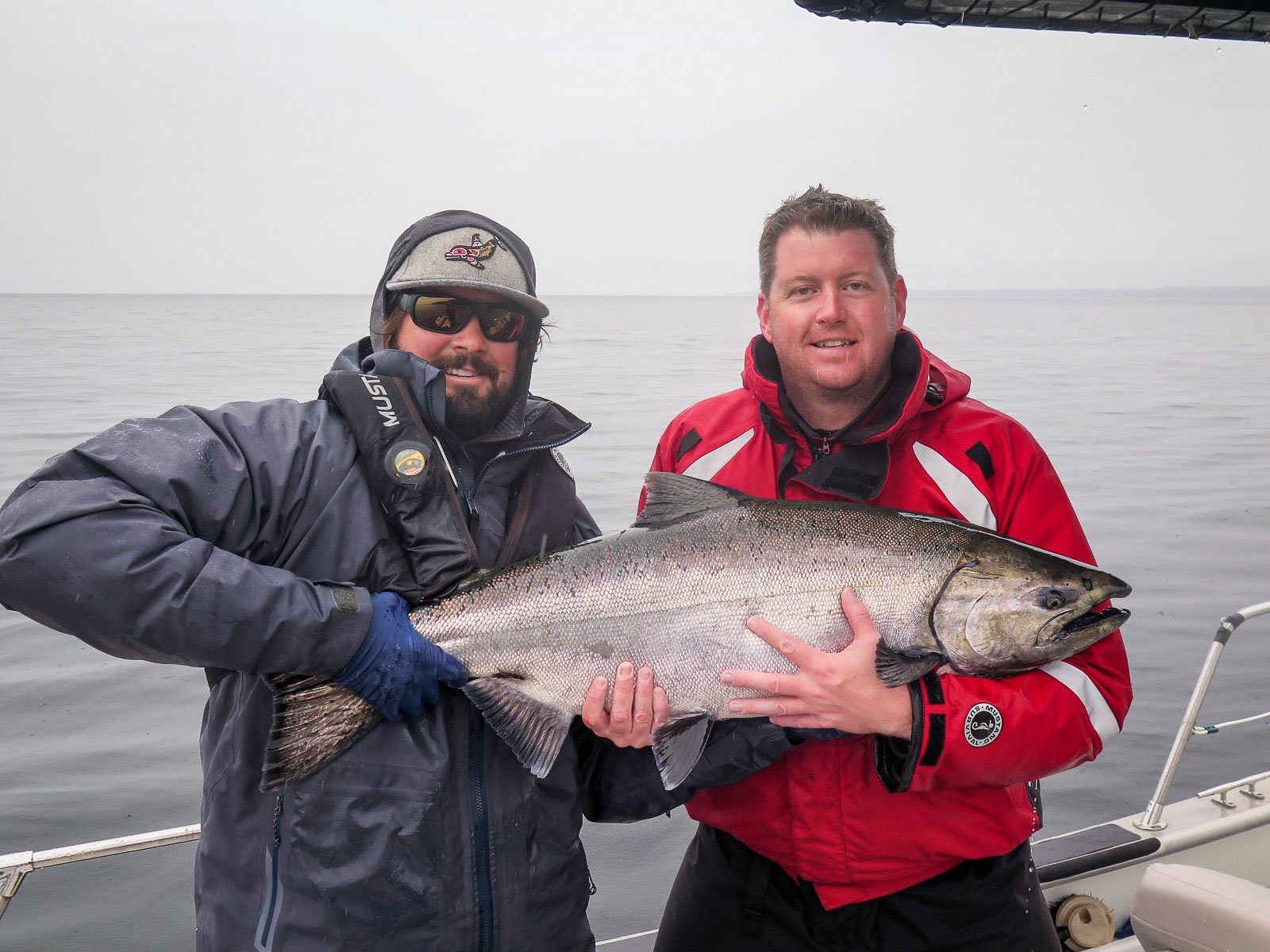 Three weeks into our 2019 season and the waters of Langara Island continue to hold plenty of healthy looking Chinook salmon, and the Coho are starting to hit the docks with more frequency. 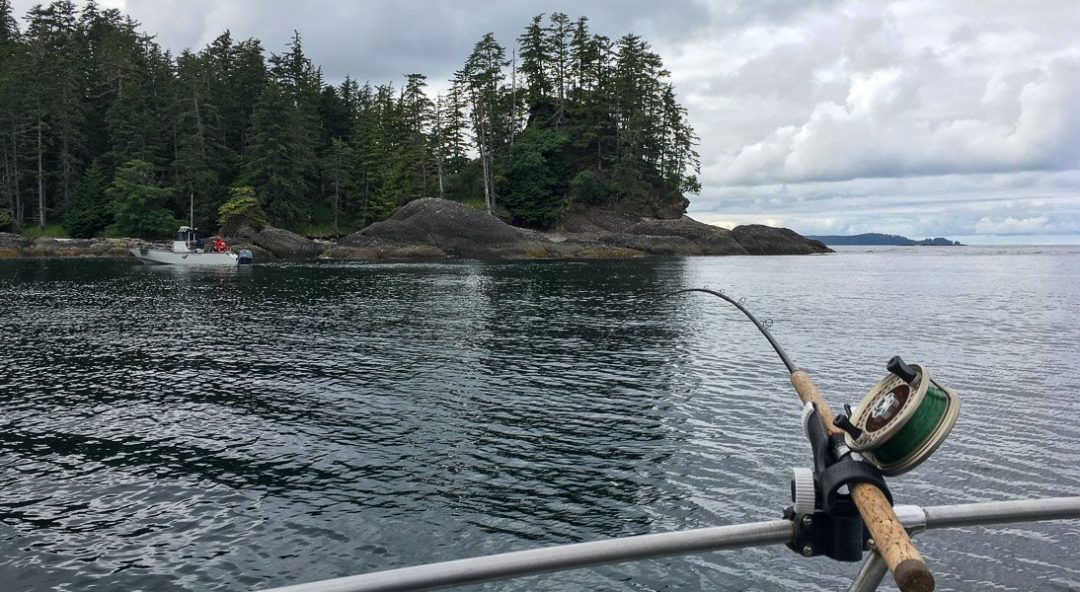 It’s been a great start to the season, weather-wise. This past Sunday brought our first bit of stormy weather, with a strong SE showing up. That’s the one wind direction that can really limit our fishing boundaries when it blows hard. Boats were still able to find shelter, and fish, along the Graham Island shoreline, and then later off Cohoe Point as the wind subsided.

But Monday brought a quick return to normal conditions and it’s been mostly pleasant on the water since then, with light winds and the whole island open for all but a few stretches.

McPherson Point to Langara Rocks has been hosting some great bait-ball fishing this week. Springs are showing up at the Rocks late in the ebb tide — generally providing a good bite as tide swings to flood. The salmon have been scattered, with bites happening close to the shore and out in the deeper water, so there’s often a good mass of fish out there, both feed and feeders.

The depths anglers are finding success vary from tide to tide it seems. Thursday morning brought salmon to the boat from 10-20 pulls, and then the afternoon deepened to 30-50 pulls. 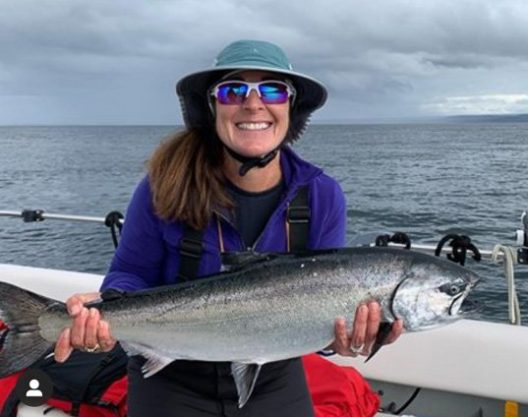 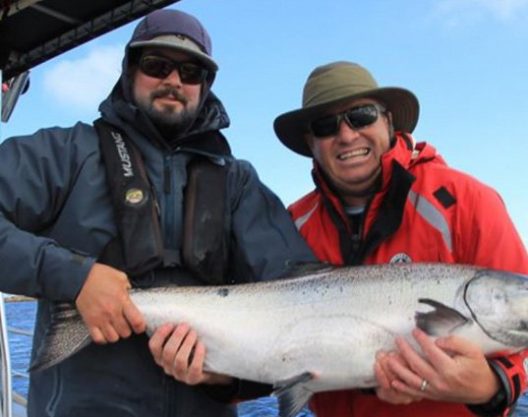 We’re also finding some nice salmon well into Egeria Bay around the same timing. A few boats venturing deep into the bay, into just 50 feet of water, enjoyed some great fishing on a tide change bite earlier this week. 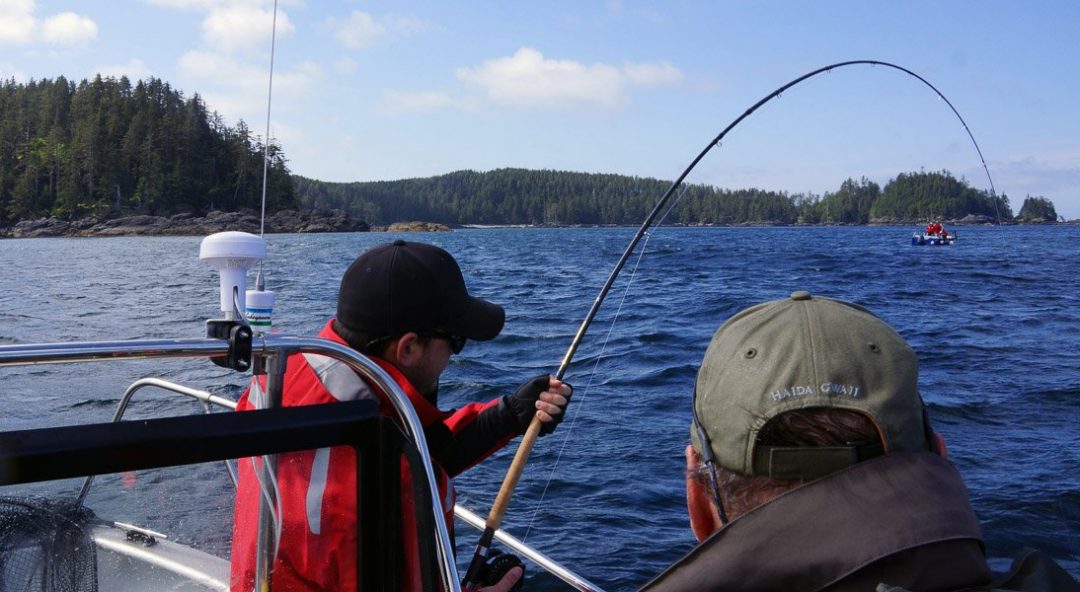 The Graham Island shore has been a bit temperamental this week, and seems to only want to cooperate right on the tide changes. Bruin Bay and Chanal Reef have been off and on, day to day. Both have surrendered a few nice fish the past couple days around first light on the low slack to flood change.

Boulder Point has also been attracting a few nice size salmon, including this beautiful Chinook that was quickly measured to 35.5-pounds before being released… 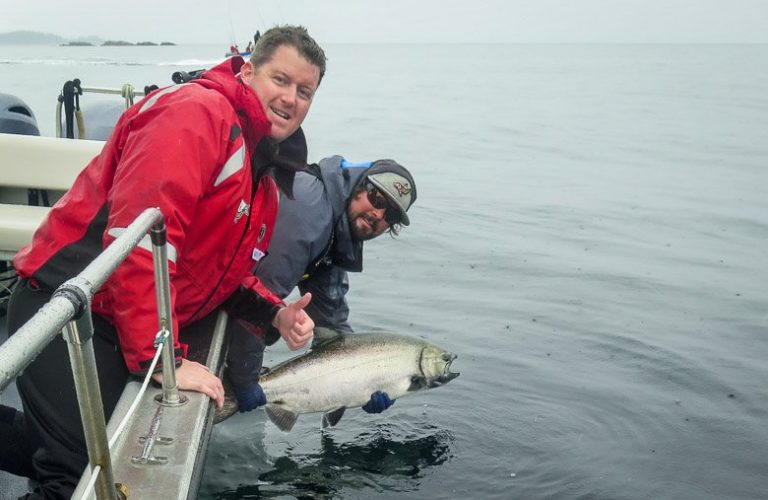 Coho salmon finally started showing up in better numbers this week — they were quite scarce the first few trips of the season. Flurries of them are becoming more noticeable off of Cohoe, Andrews and the Rocks. 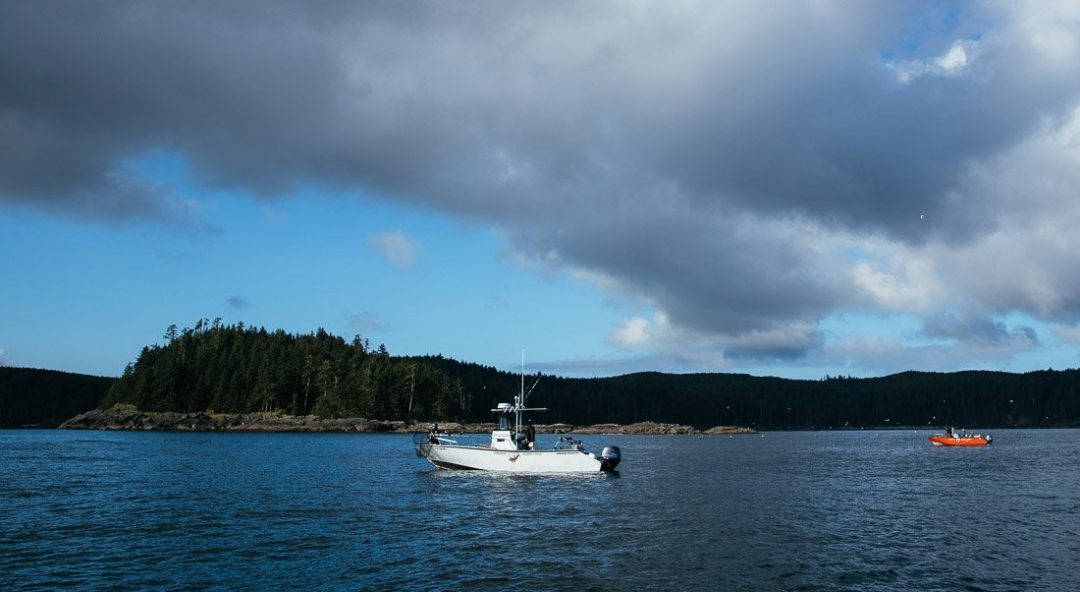 Bottom fishing off the west side, and NW of the Lighthouse at the nub, has been reliable as ever, conditions permitting. Halibut in the larger size range have been pretty easy to find out here, as have Lingcod.

For the smaller-size Halibut, Al’s Halibut hole off the east side of Langara has been producing well. We’re also finding quite a few Pacific Cod here this season — they seem to take it over some days, making it a bit less reliable than usual, unless you’re looking to vary your catch. Anglers are also finding the chicken-size Halibut a little farther east of here, and out from Langara Rocks to offshore of the Lighthouse when conditions permit. 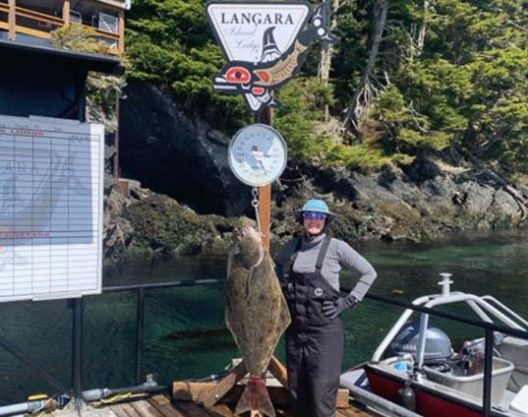 Lots of whale activity around the island this week. The Humpbacks were a bit scarce in our opening trips but have been seen in good numbers the past few days, often appearing close to shore. Some Transient Killer whales have also been sighted passing by the island — a few heading east along Graham Island Friday morning. 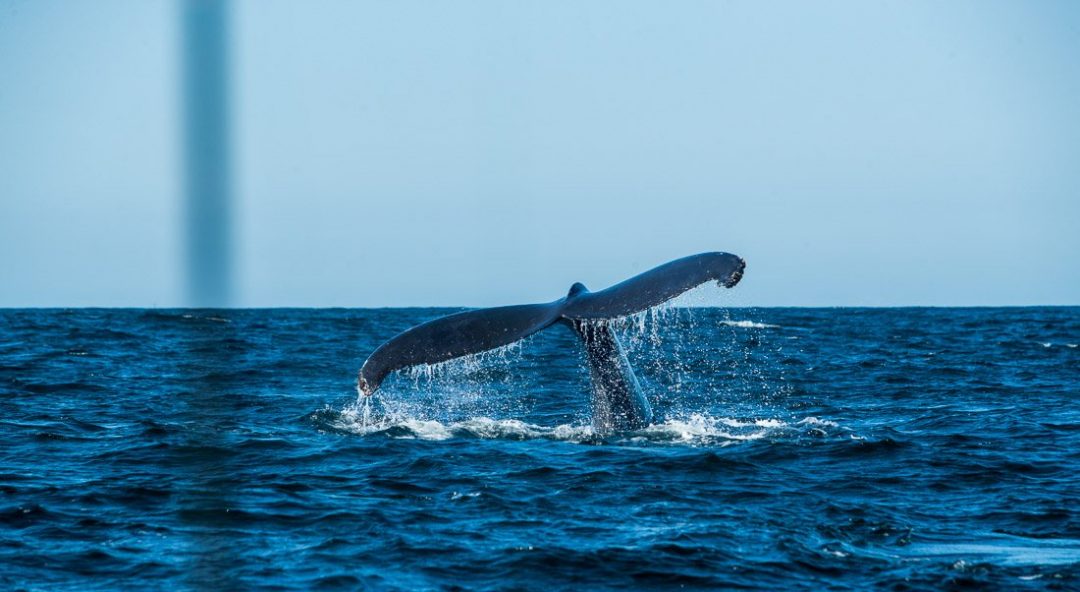