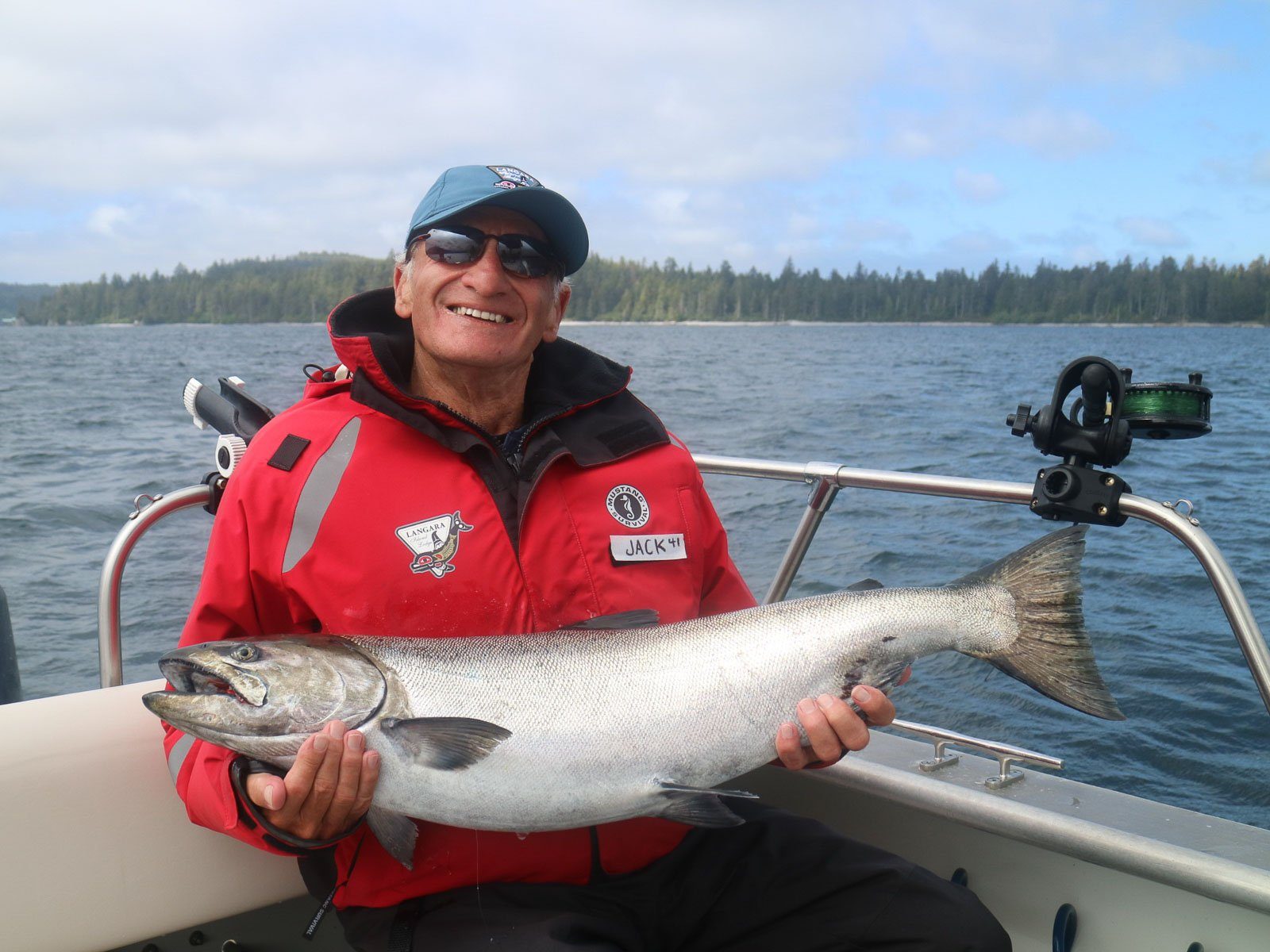 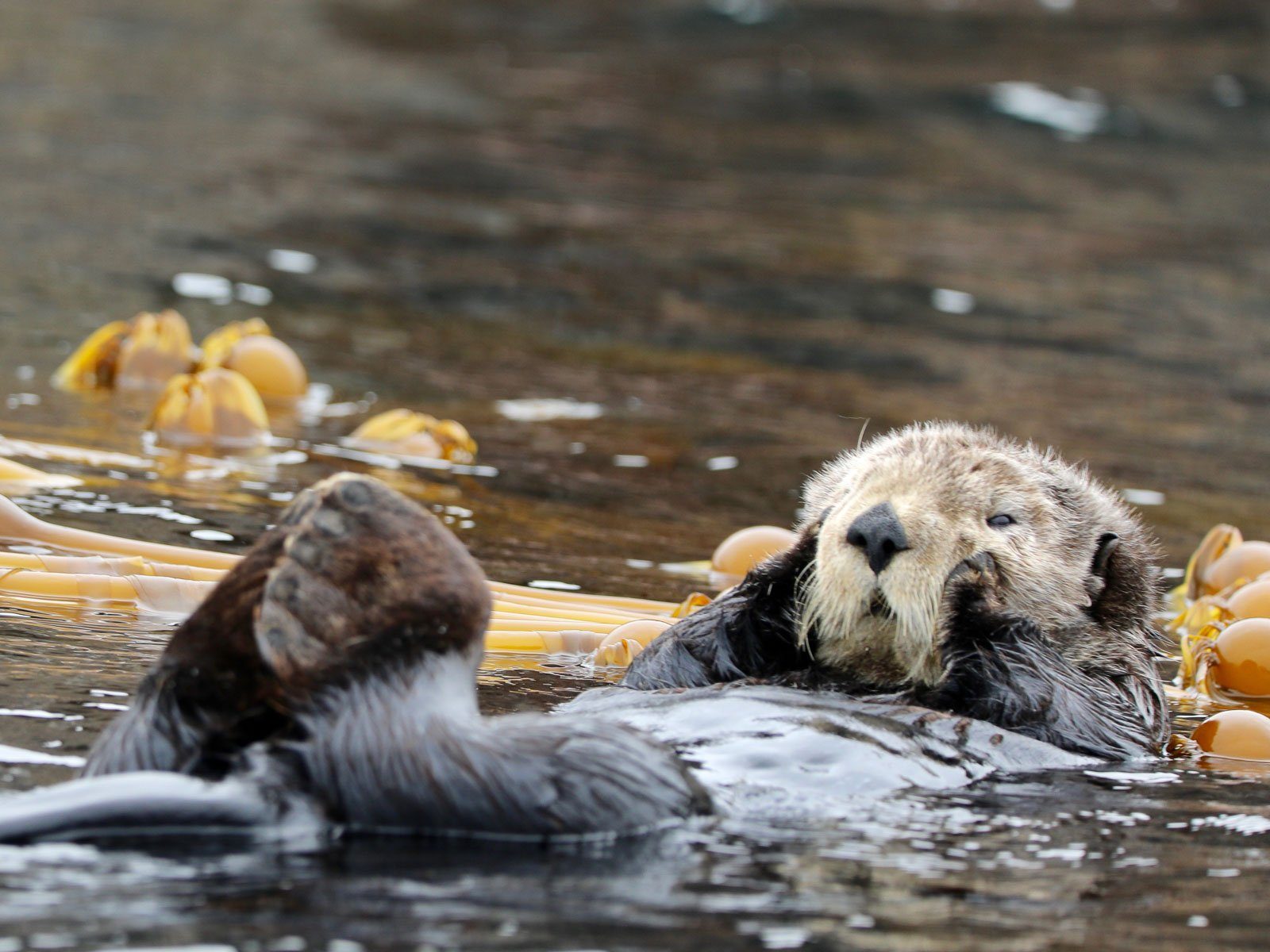 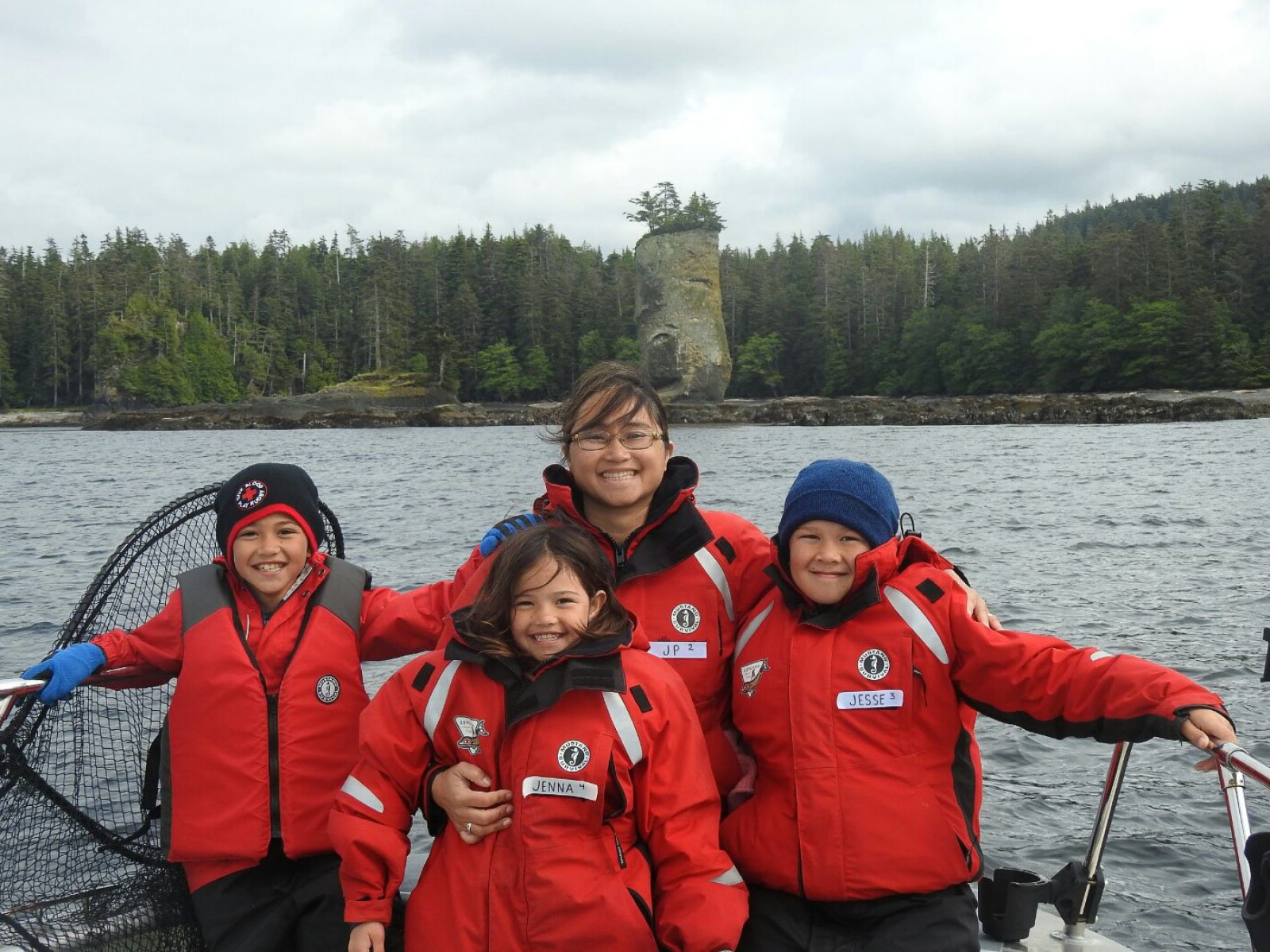 We’re currently enjoying our first extended stretch of classic Langara conditions this season, with a persistent westerly wind and ever-changing skies since early in the week. But the salmon don’t seem to care, and are still appearing in healthy numbers and sizes in most areas. 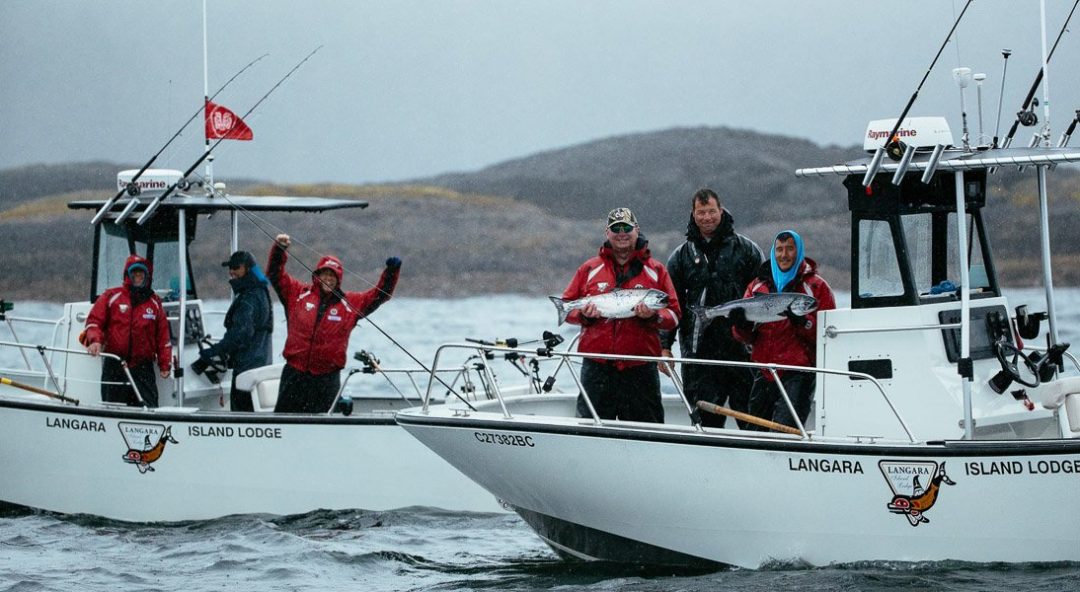 Langara Rocks had been a good go-to spot just about every day up until this trip. Salmon can usually be found swimming by here around the tail end of the ebb tide and into the flood, and, so far this season, at nice normal depths of 10-25 pulls. 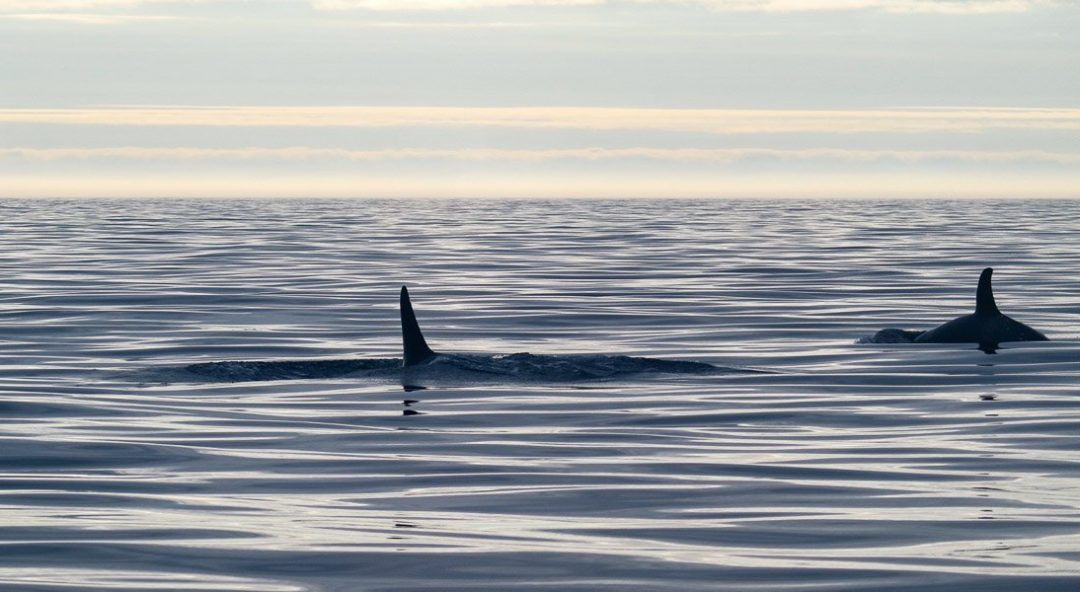 The first break to that pattern was the result of a large pod of Northern Resident Killer whales that showed up Sunday morning to scatter the fish. They put on a great show, and the salmon were found later in the day from Andrews Point to the Rocks — this time quite deep, from 30-80 pulls.

On Monday, McPherson Point hosted a flurry of action just like the good old days, with the salmon sitting tight to shore just off of the flat rock. 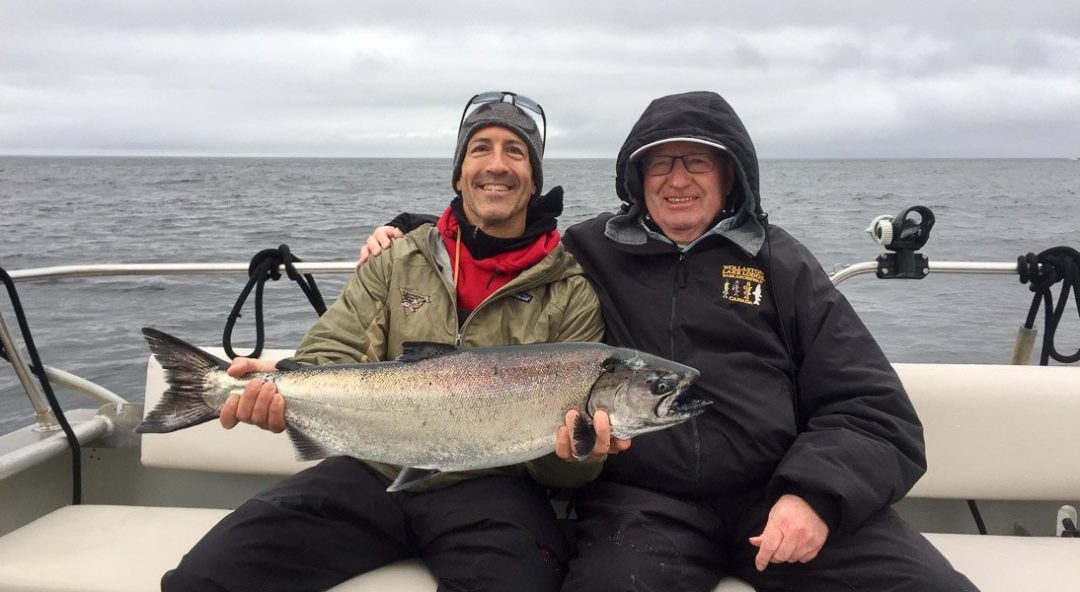 Out west, the waters around Lepas Bay also yielded a few nice fish earlier in the week, including a released 38-pound Chinook. This was really the first good action we’ve seen this season from these waters. 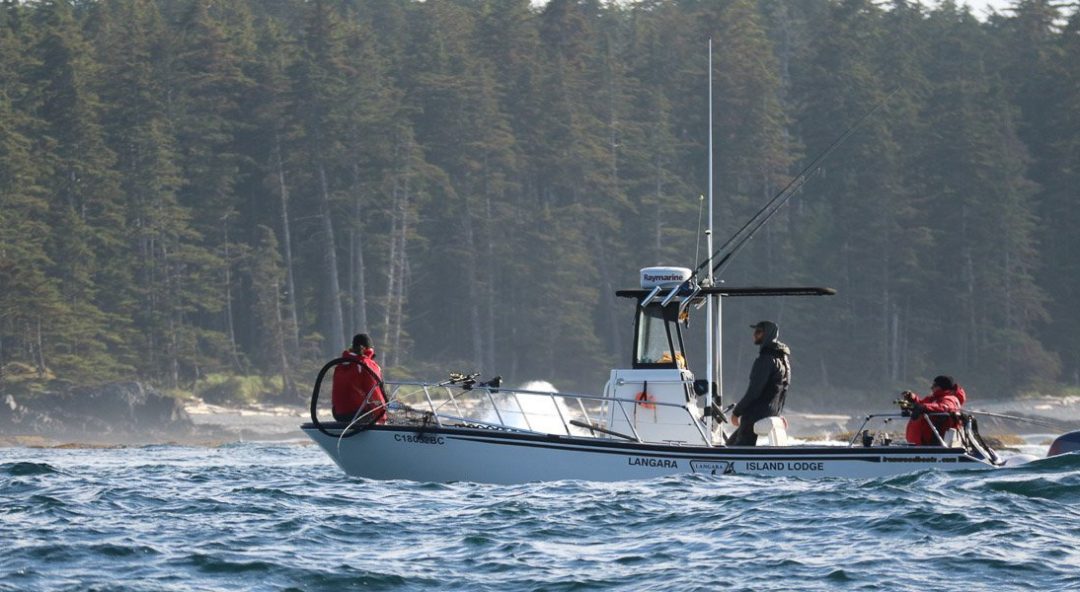 But with that wind settling in late Tuesday, and making things lumpy off the west and north sides of Langara, the sheltered shoreline of Graham Island has become the focus for the first time this season. 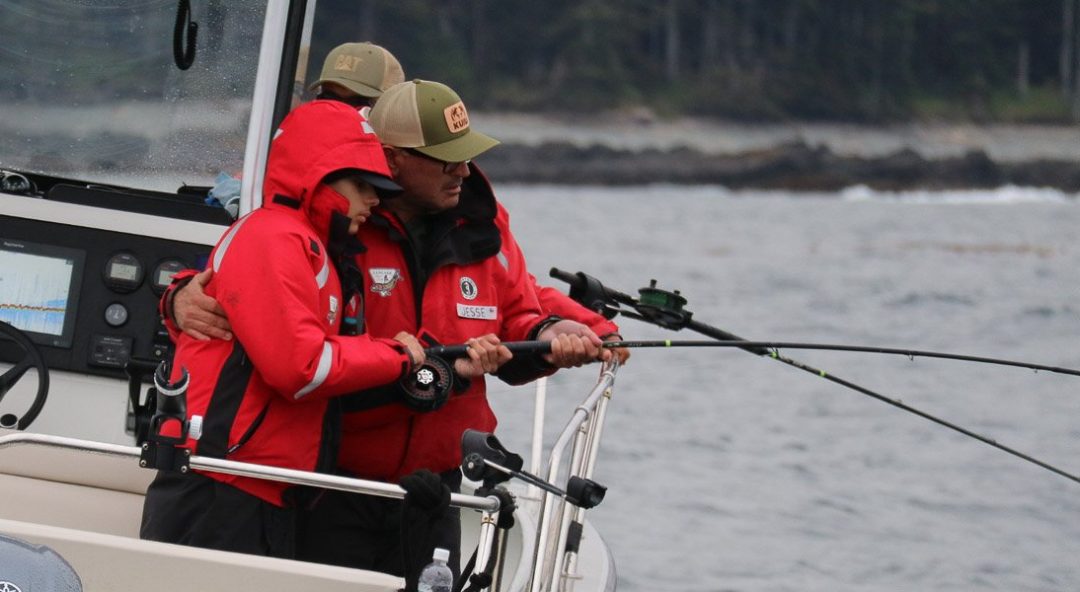 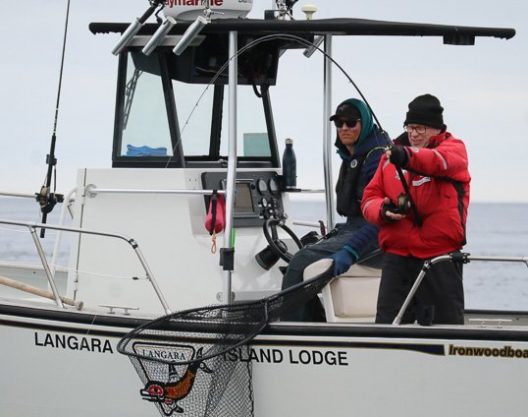 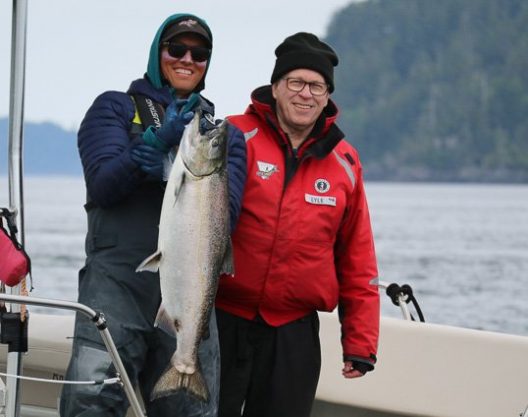 These waters don’t seem to be holding as many fish, but the average size is higher. Numerous Chinook in the mid-20 range, and several over 30-pounds, have been landed here this trip.

Seath Point has been the hot spot, best on the ebb tide. And as that ebb tide moves along the shore boats are getting bites at Boulder, Gunia, Bruin Bay, and Chanal Reef. 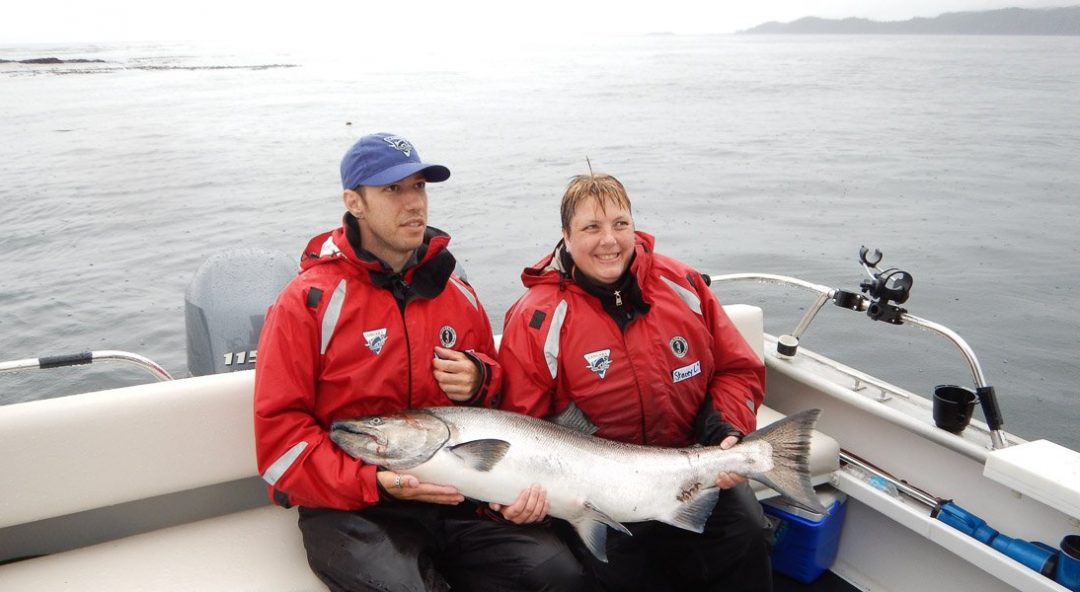 First time was a charm for Stacey Castle, who landed her very first salmon — this beautiful 33-pound Chinook (above) — on a wet day off Chanal Reef, with some encouragement from her friend Robert Welbourne and guide Steve Johnston. 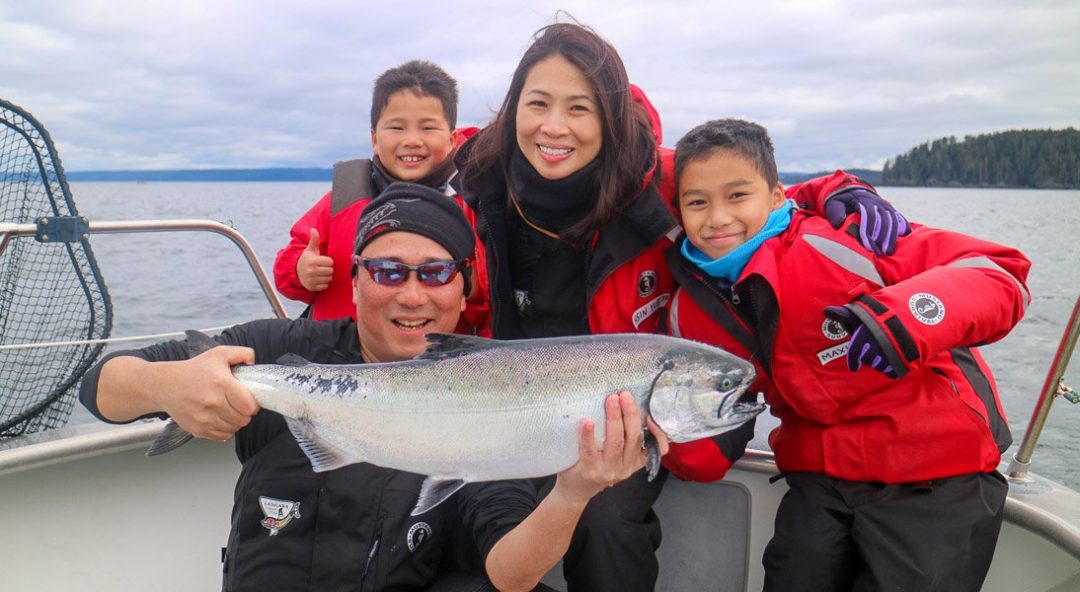 Cohoe Point and Andrews Point are producing sporadically right now on both tides. Those who like hanging out in one spot for the day are seeing their patience rewarded here.

Pockets of bait are showing up in all of these areas, without any spot seeming best, but if you find some bait the salmon seem to be there.

Coho salmon are also hitting the docks in good numbers, with several tipping the scales just shy of 10-pounds — a very nice size for mid-June. 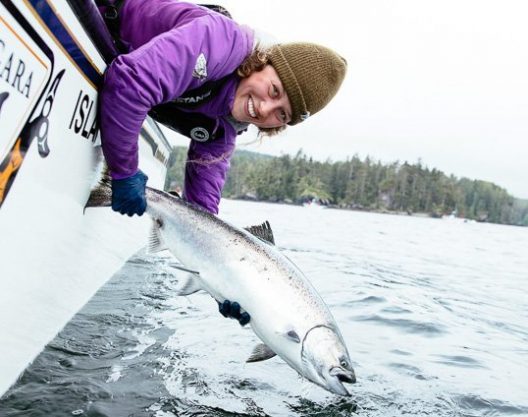 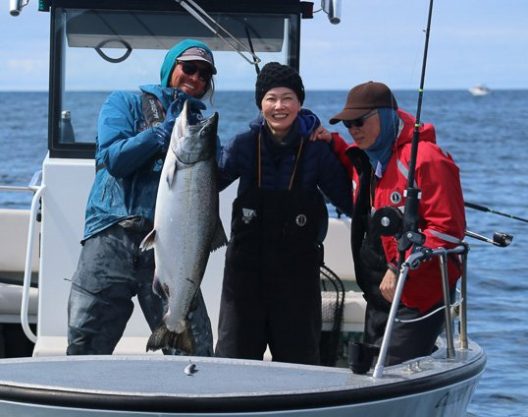 Guests have been enjoying a lot of whale sightings this week. In addition to the fish-chasing Killer whales, a large group of Humpbacks have been dining out in various areas around the island — chasing bait just like the salmon.

Tight lines to everyone joining us this week! 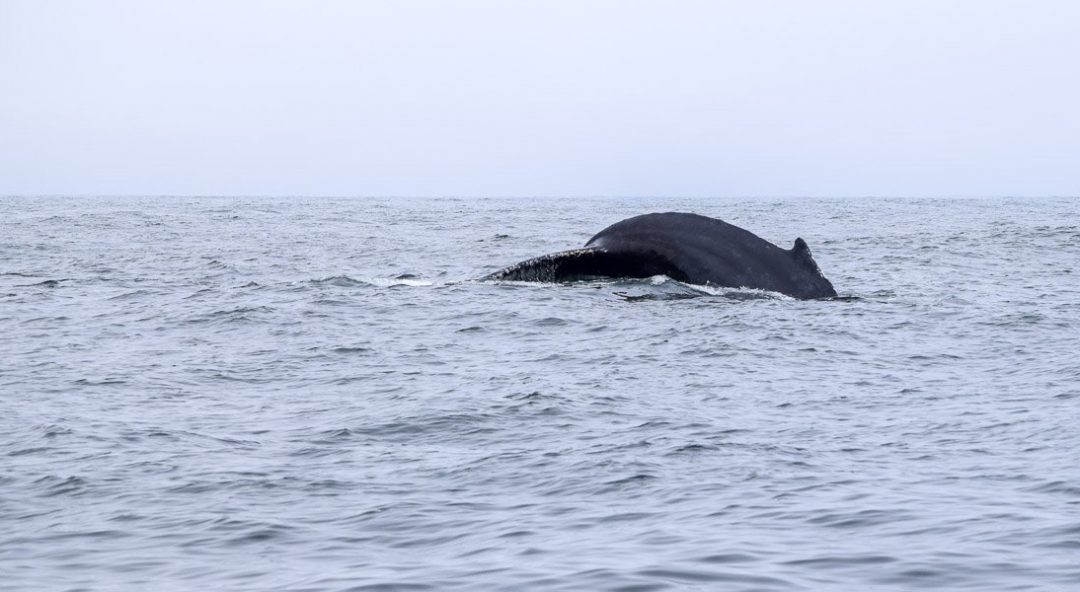