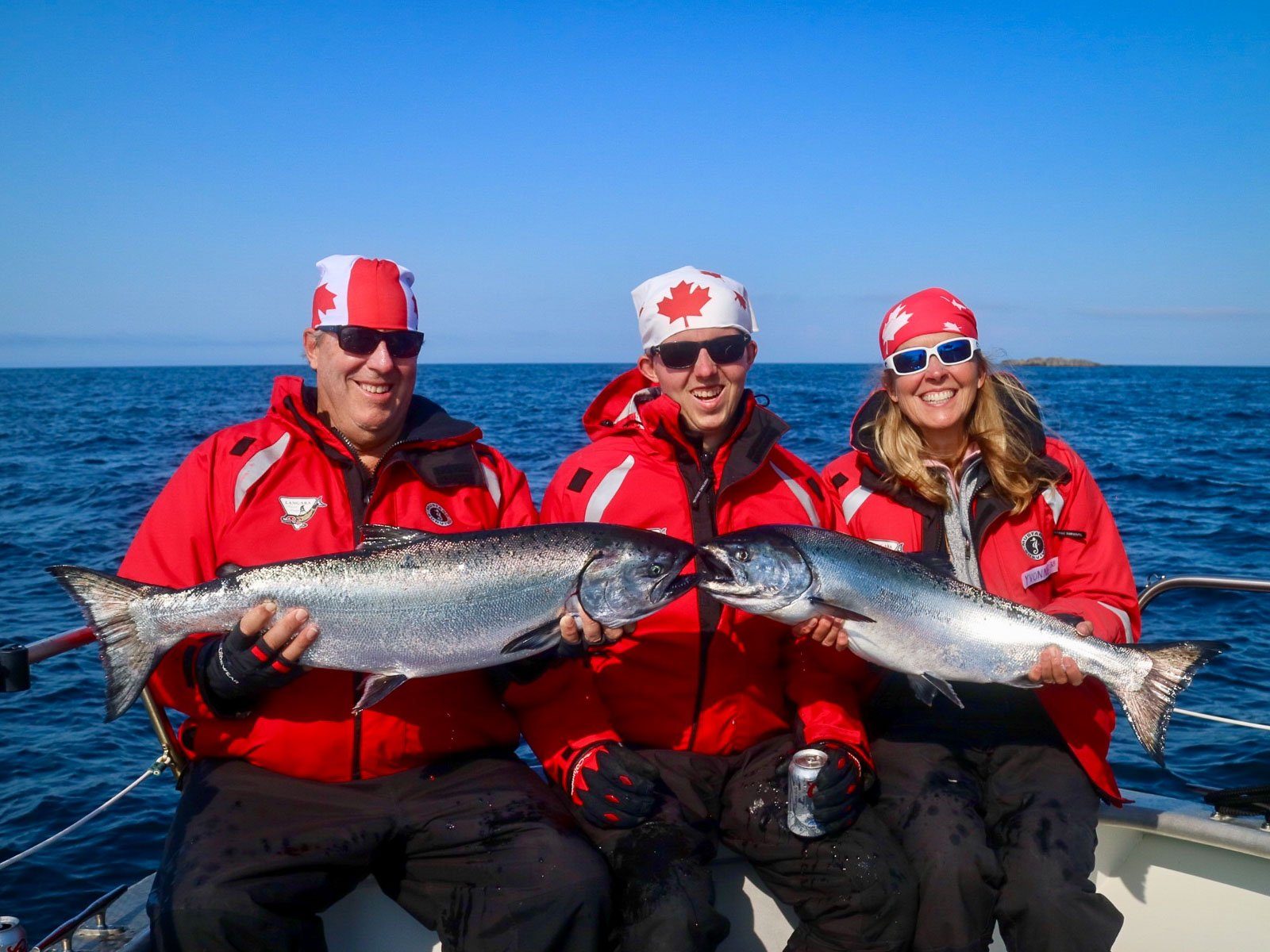 Happy Canada Day, from the most beautiful corner of it! And to our American guests joining us this week, thank you spending the 4th of July with us — Alaska is just 30 miles north, so if the skies are clear maybe you’ll see some fireworks! 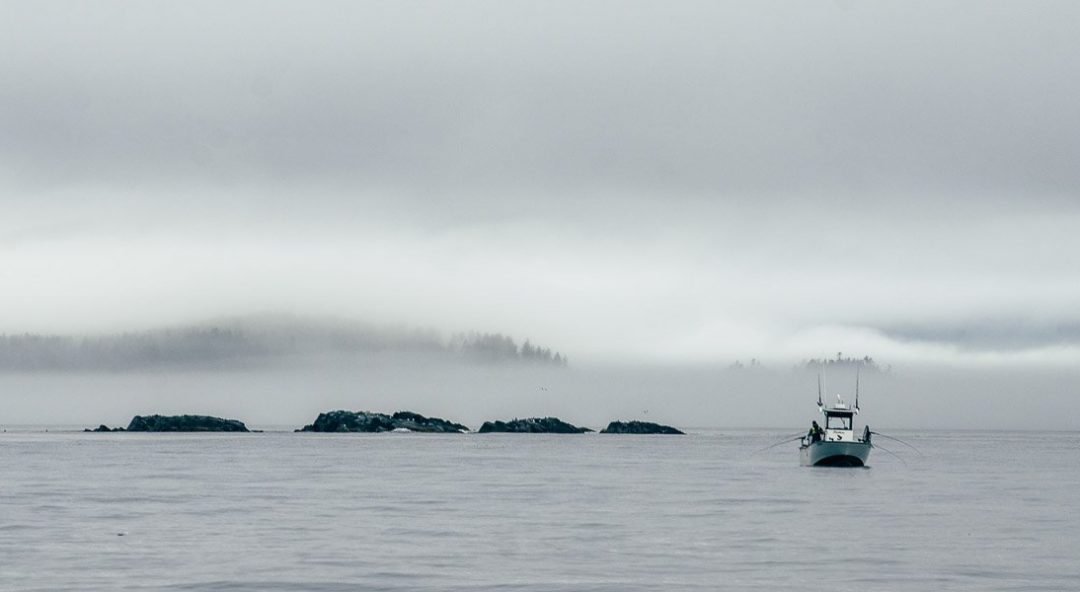 Fog-ust paid us an early visit this past week, as a white blanket settled in around the island for a few days — conditions we don’t normal see until later in the summer. 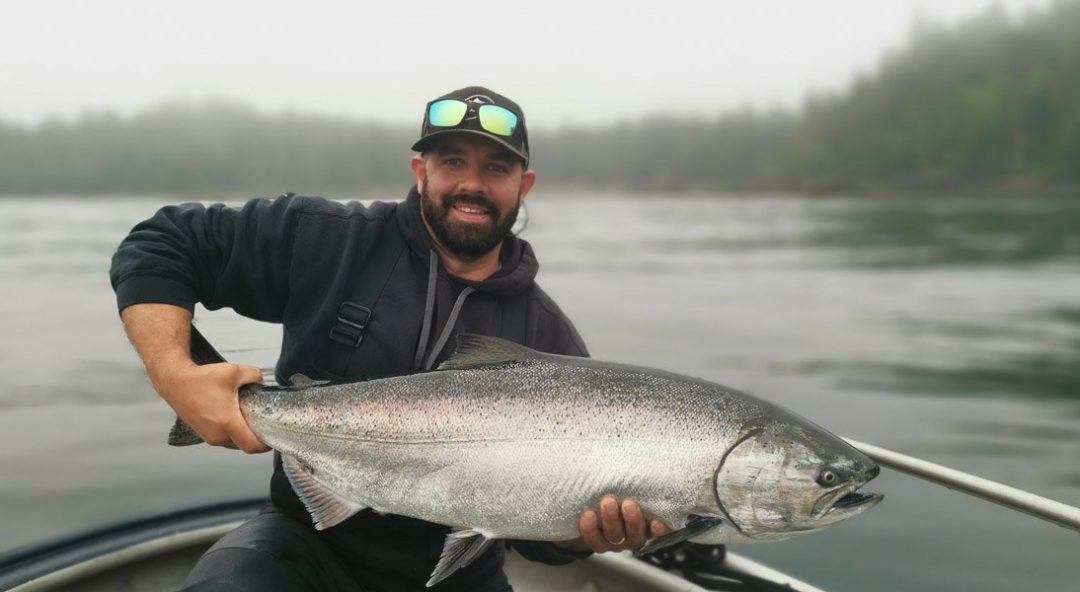 But conditions all around the island were mostly pleasant with light winds, so it didn’t put a damper on what has been a good string of productive days on the water.

And it lifted on Sunday, making for a great end to the weekend. 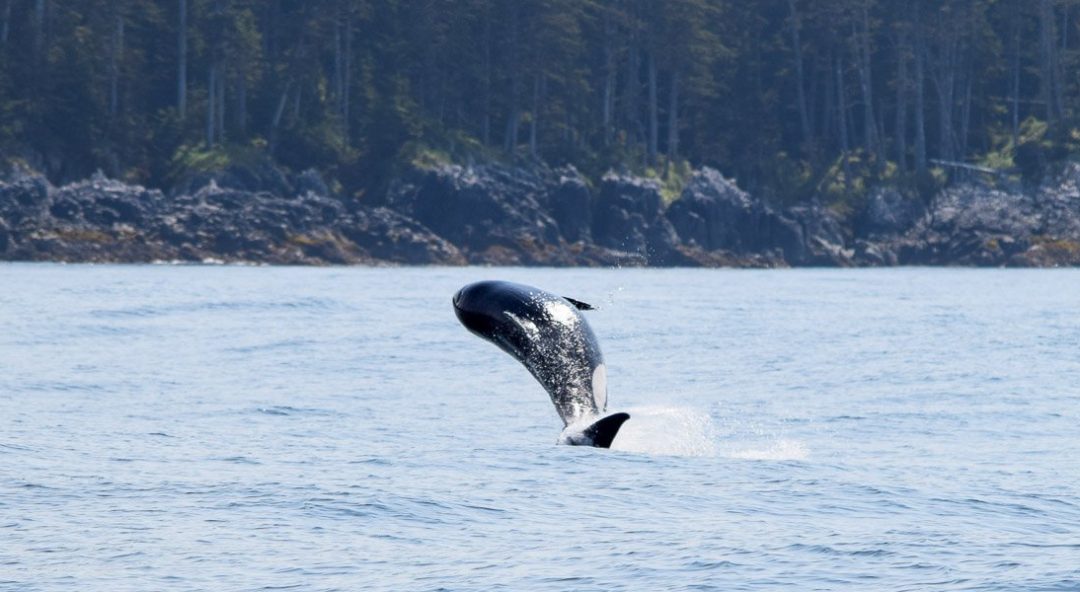 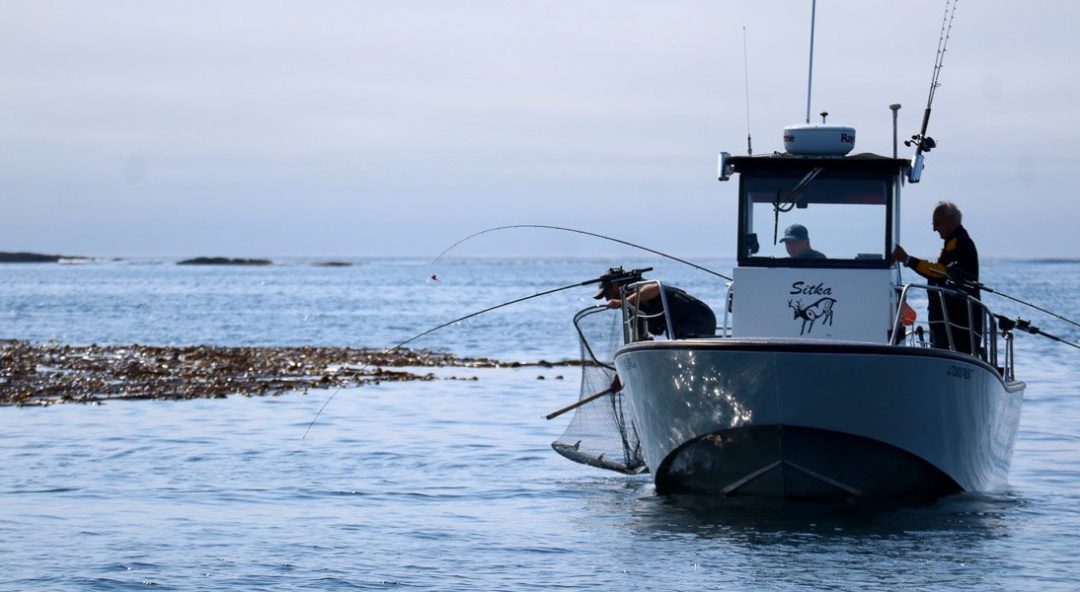 Fishing has been nice and steady for several trips now, with patterns holding firm and only the weather occasionally preventing us from targeting the most productive waters. 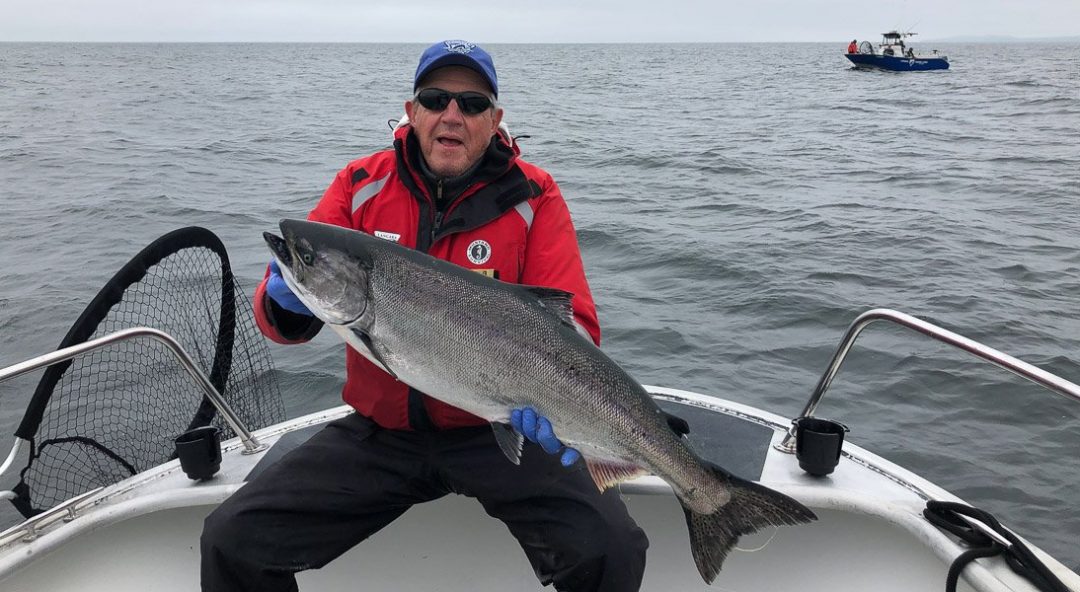 The NW side of Langara, offshore and around past the Lighthouse, is the favoured spot lately. Particularly on the flood tide, which has been putting a lot of nice Chinook and Coho into the fish boxes.

A good westerly wind can keep us off these waters, but the majority of the fleet has been spending a majority of their time out there when salmon is the focus. 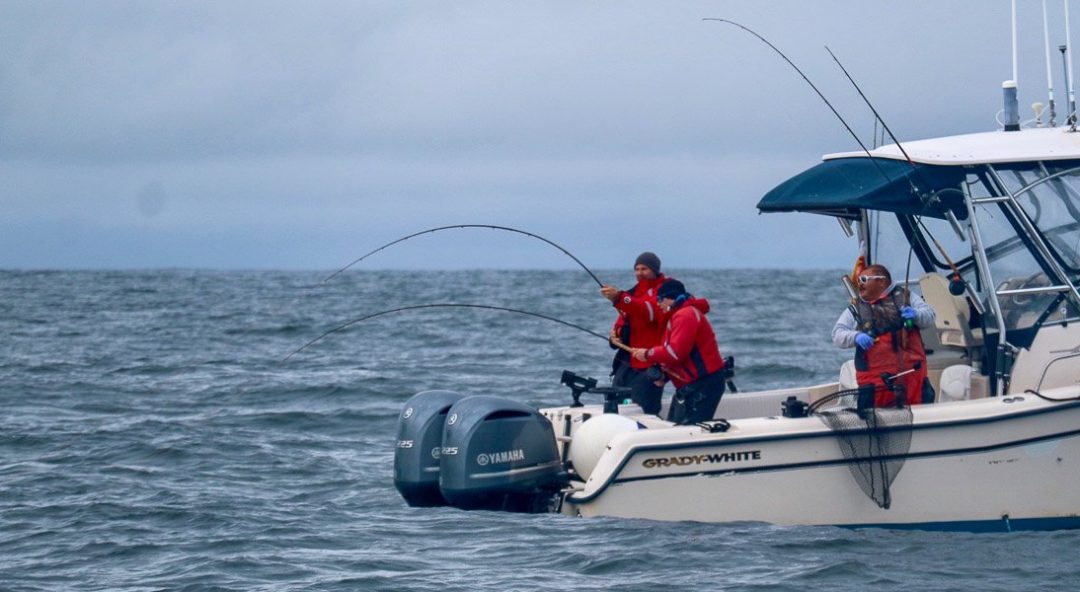 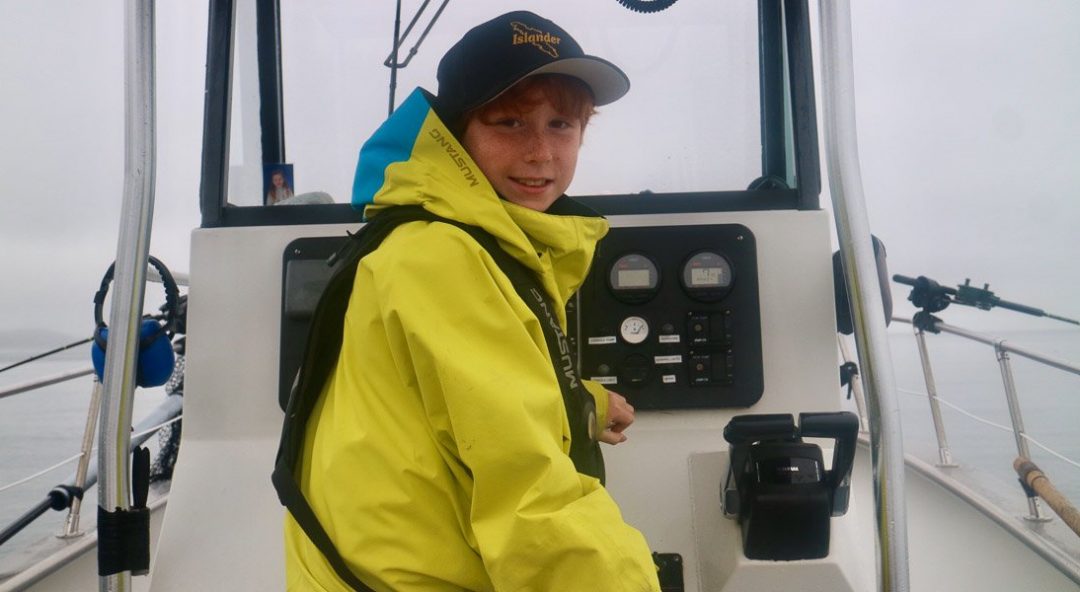 A real range of depths have been effective in this area, from 10-50 pulls providing action. The Coho are generally on the shallower rods, the Chinook deeper, but any given day could see that switch.

The bait has been excessive out here from the Lighthouse around to Andrews Point, and boats fishing anywhere in this stretch of water have been finding salmon recently. 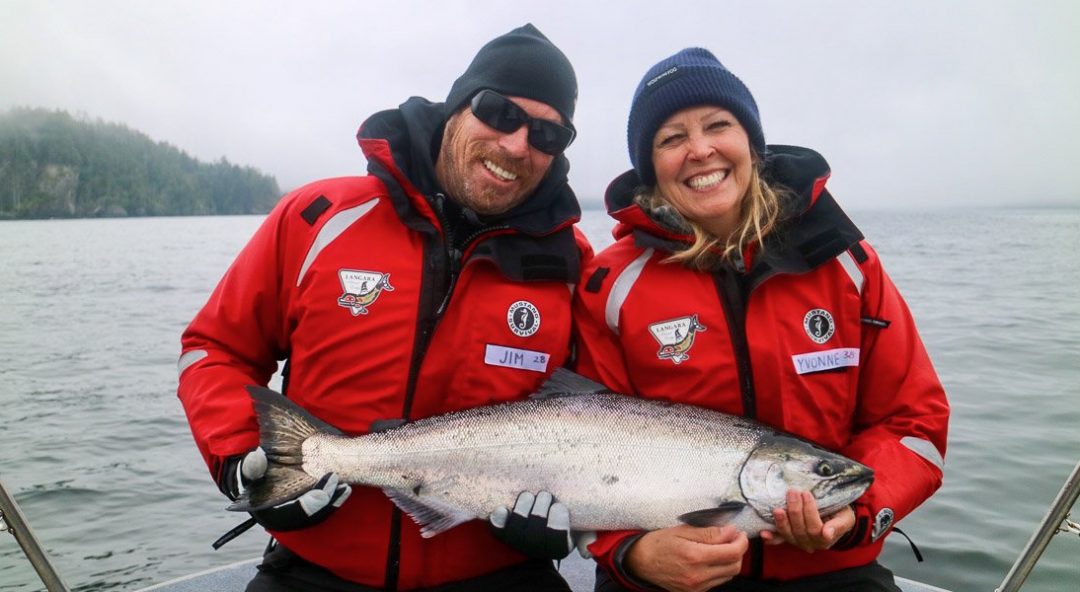 Given all the attention the NW of Langara has been receiving, it’s easy to overlook Andrews Point.

It still probably ranks as the steadiest spot overall this season, producing consistently on both tides most days for any boat looking for a great place to hang out for an extended stretch.

Cohoe Point has also been good, sometimes deep into Egeria Bay, but better on the flood tide. 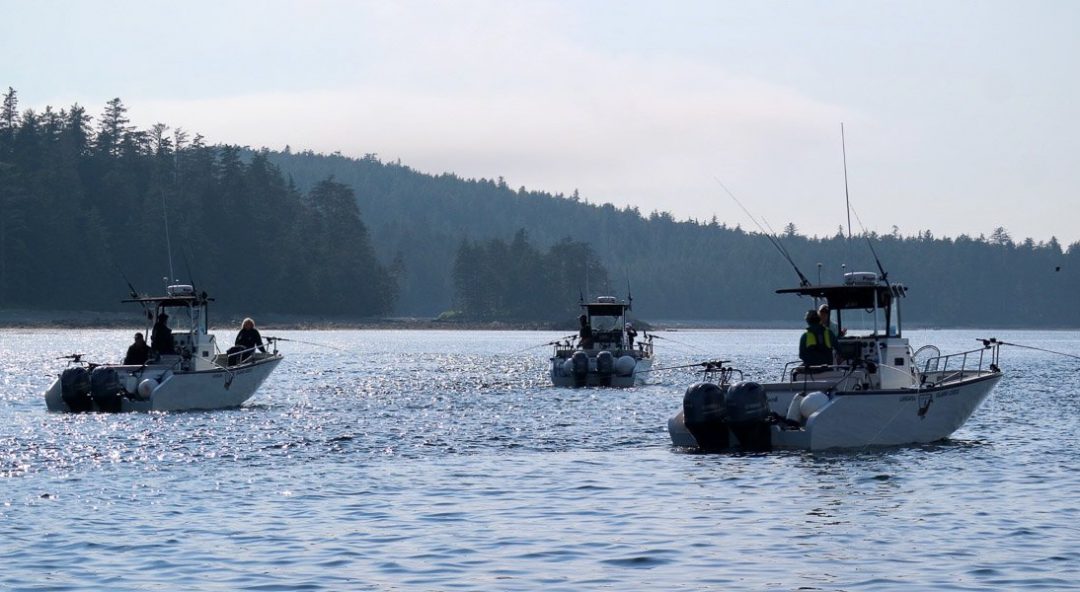 The Graham Island shore has been consistent on most tides, but generally concentrated around the swing — Boulder Point and Seath Point being the best bet at the last of the flood to most of the ebb tide. 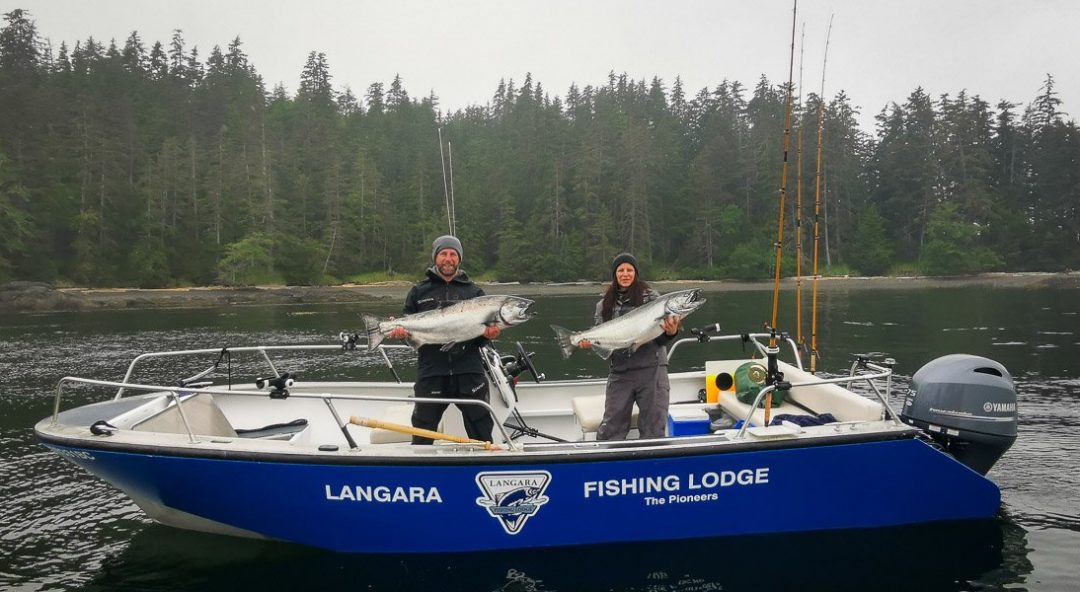 - Mike and Tammie Irwin with a matching pair of bright Chinook on a foggy morning -- 31.5 and 29 pounds.

Chinook salmon continue to show in impressive sizes. We’re seeing lots of strong looking fish in the mid-20s, and quite a few beauties over 30-pounds — the majority of which we’re pleased to see released. 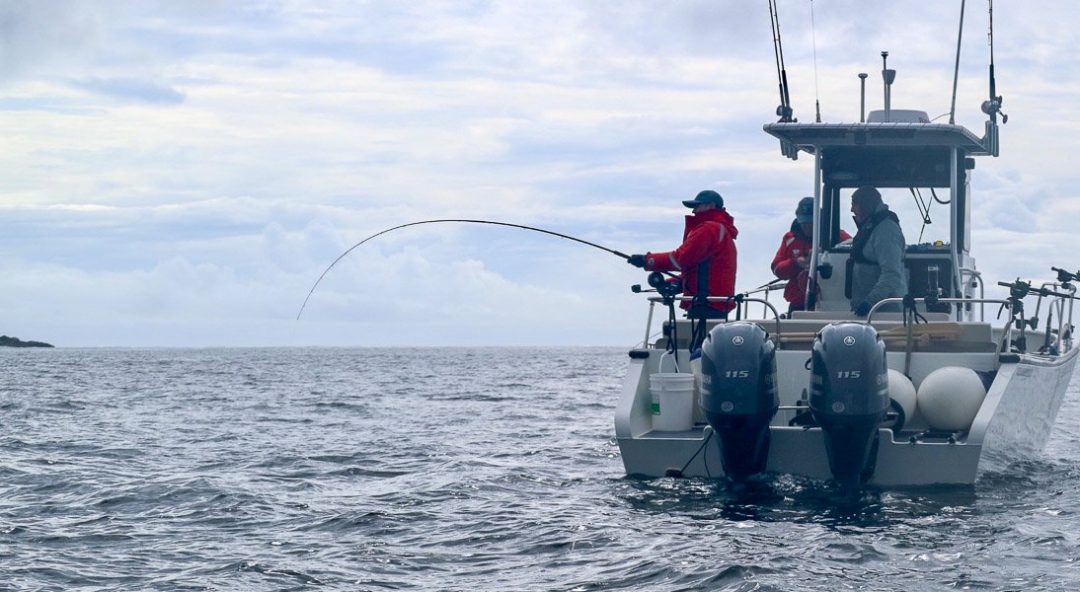 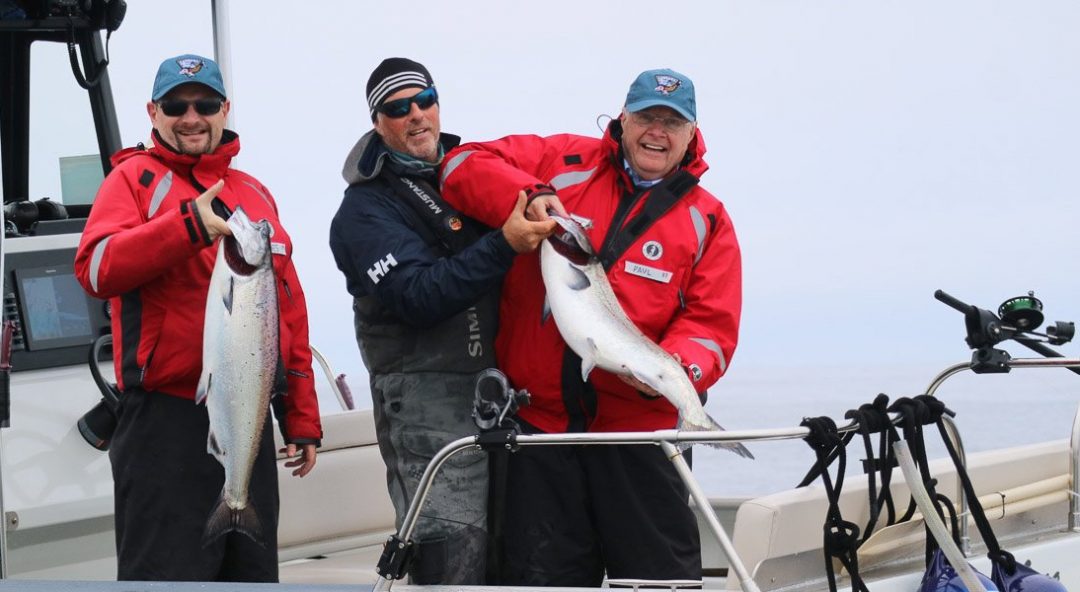 Coho have also been quite large lately — and overall this season — with numerous tipping the scales over 10-pounds this week. Best to target the west and north side of Langara if looking for this species, as they have been a rare catch along the Graham shore so far. 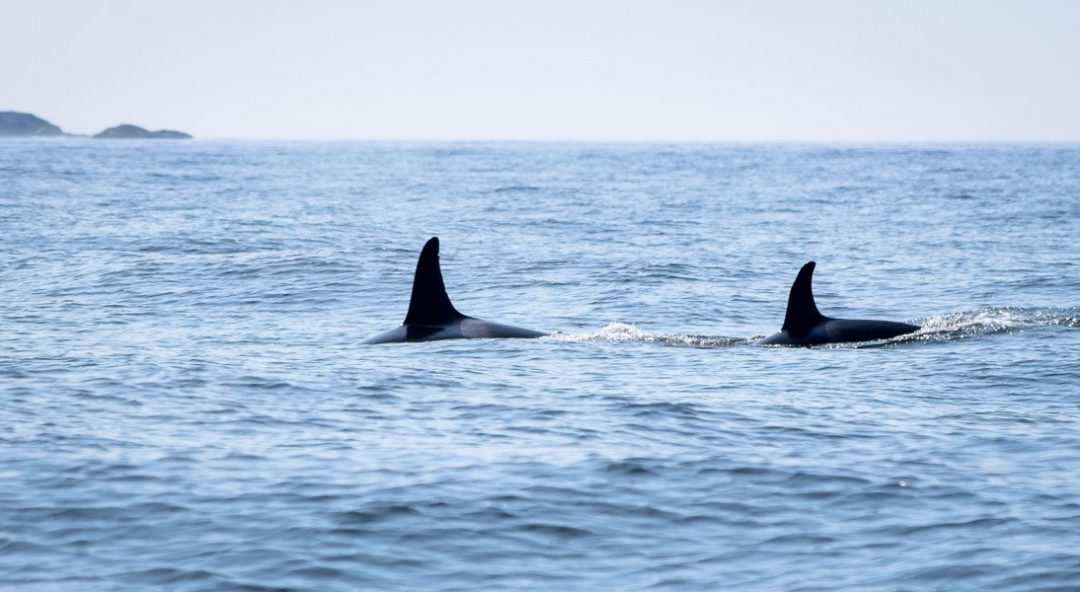 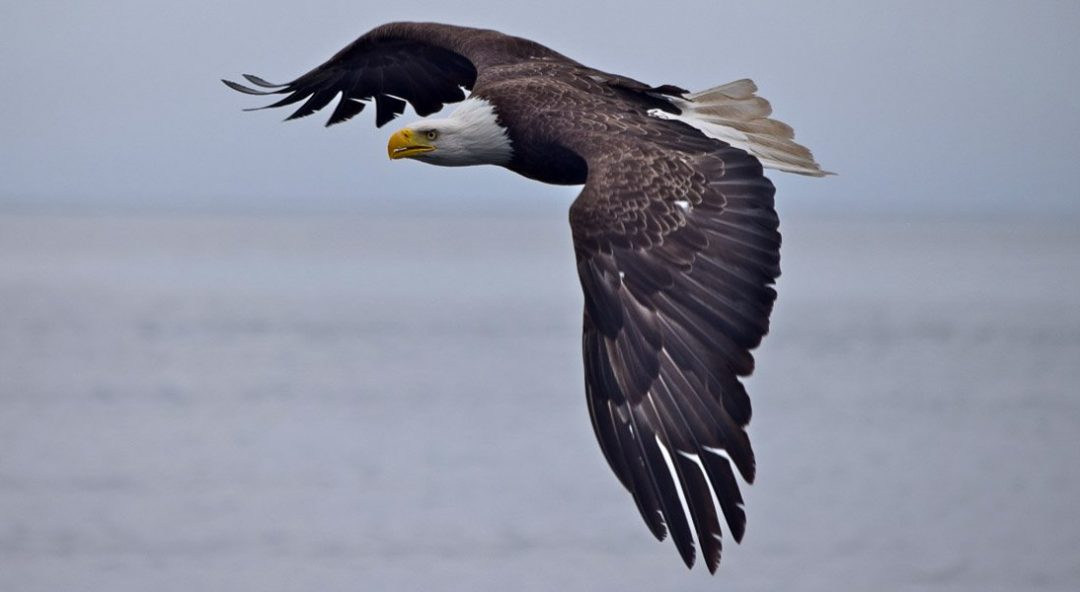 Humpback whales continue to be seen cruising around the island in good number, as have some groups of Killer whales.

A pair of Grey whales have also paid us a visit this week — they were spotted mixed in with some Humpbacks, feeding on baitfish. This species typically passes through our waters earlier in the spring, enroute to their summer feeding grounds farther north in the Bering Sea, so it’s rare to see them this time of the season. 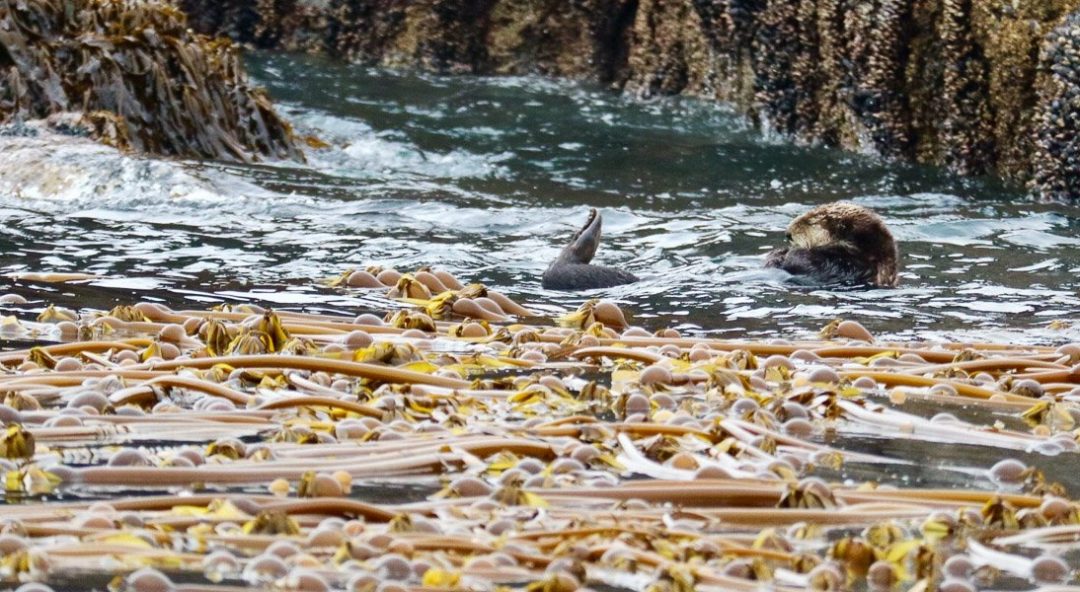 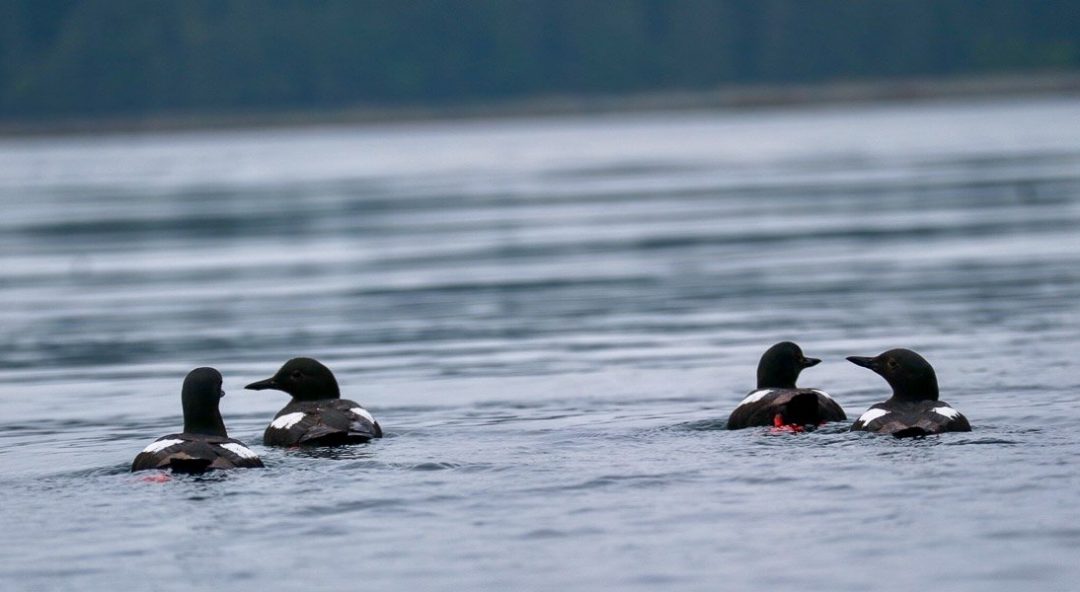