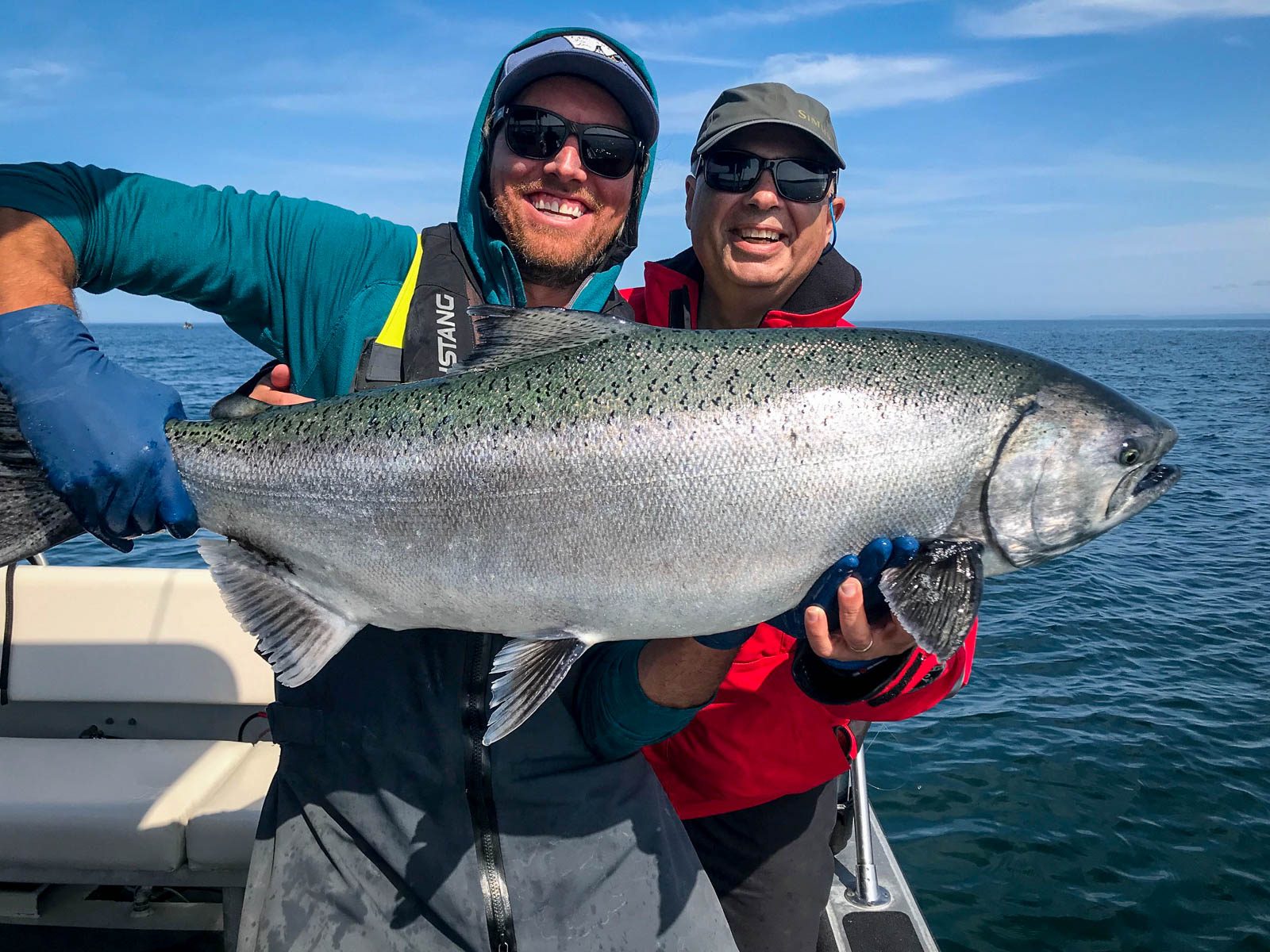 Fishing patterns around Langara have been locked in for a few weeks now, which is nothing but good news as it has been consistently productive for both Chinook and Coho salmon. The only change from trip to trip seems to be the guest names! 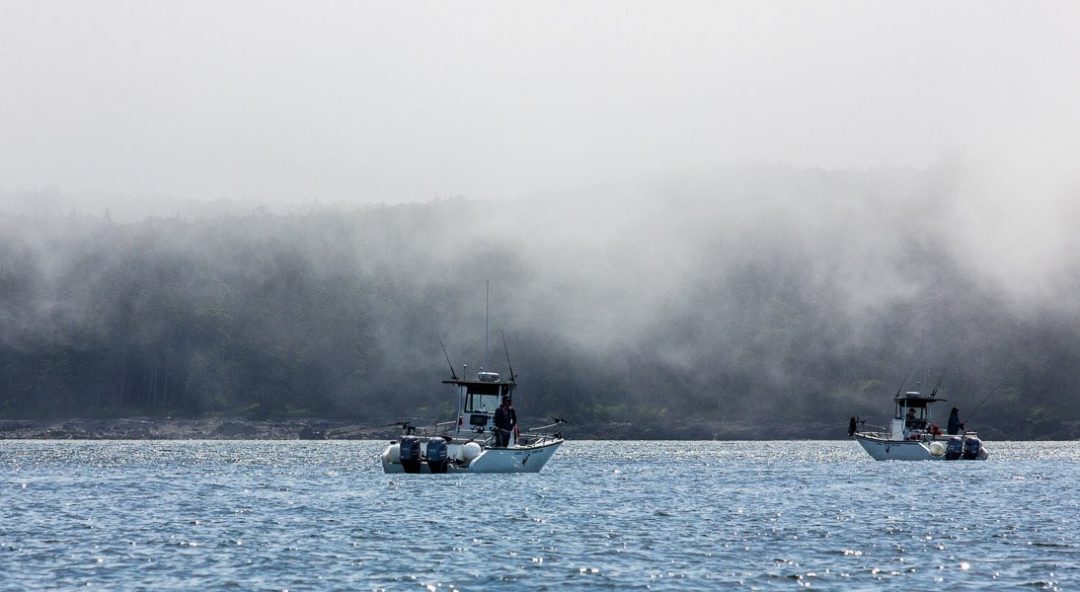 And we’re currently enjoying a nice run of great conditions, too, with a full week of mostly light winds and dry skies. Periodic fog has been the only damper, blanketing parts of the island most mornings but usually clearing up by mid-day.

Waters off the north side of Langara continue to hold large masses of herring, providing fuel for the action here on pretty much every flood tide. The bites tend to start around the end of the ebb, and most salmon have been caught shallow here lately, no deeper than 25 pulls.

Chinook are here in good numbers, as are Coho — this species seems to be in higher abundance a bit more offshore, anywhere from the Lighthouse around to Andrews Point. 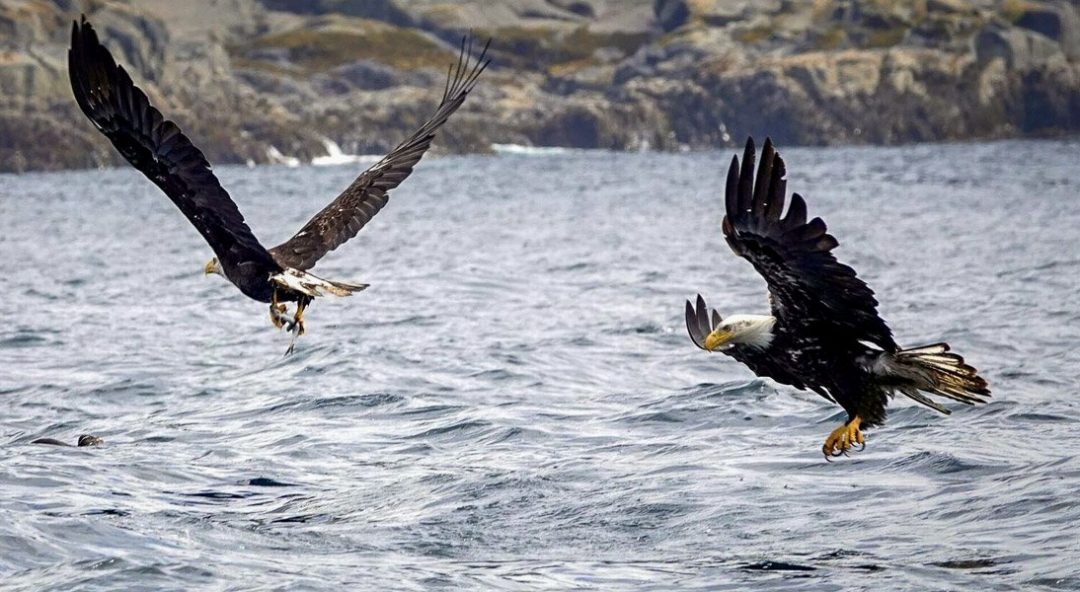 These waters have also been a great place for bird watching, with lots of Bald Eagles circling overhead and lining up to attack bait balls as they surface.

This activity is a good indicator for where the herring are concentrated, and likely the salmon, as well — if you see it happening nearby, a quick repositioning can turn a good day into a great one.

Rhinoceros Auklets are also busy dining out here. They’ll grab any herring they see, whether it’s swimming or attached to the end of a hook. 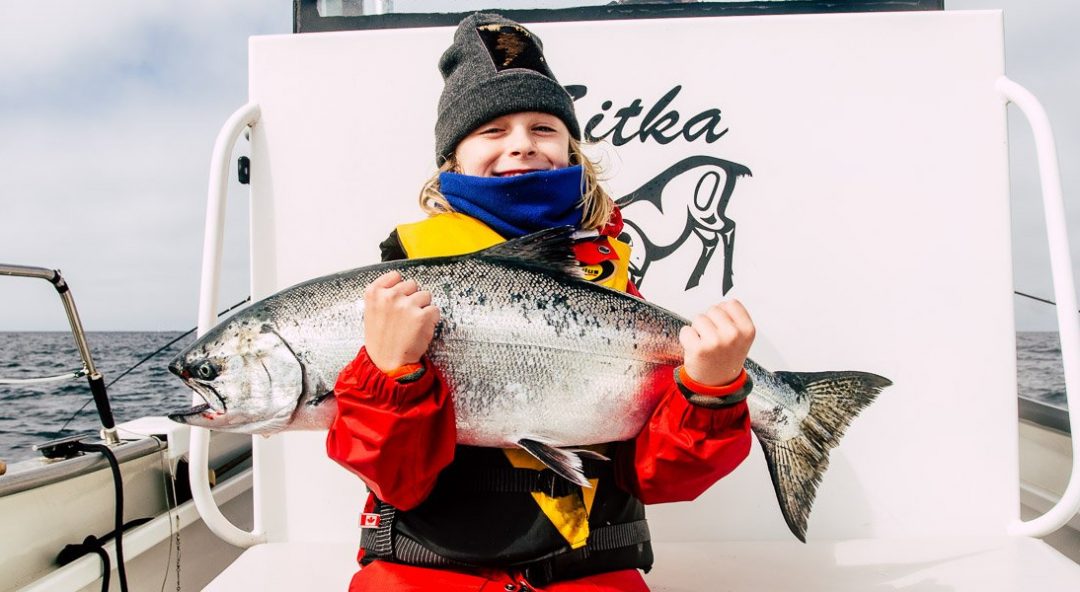 McPherson Point has seen some nice action whenever there is bait present. Boats have been finding Chinook here closer to the point and offshore out to 300 feet of water. 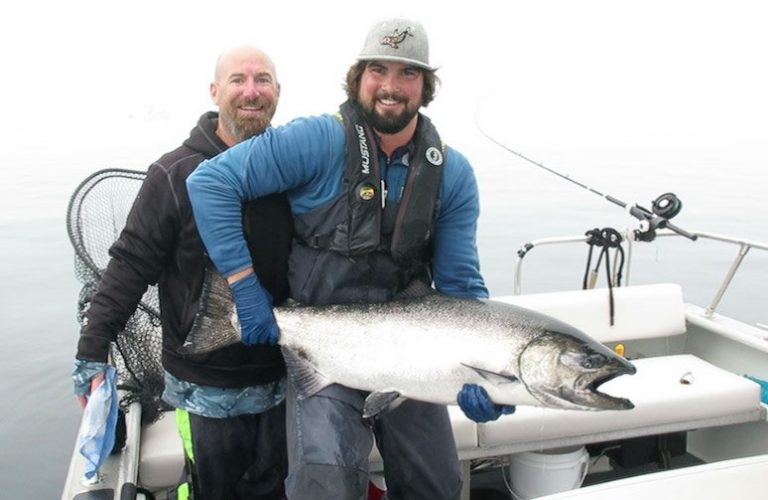 Andrews Point continues to be a good spot to hang out through most tides. Cohoe Point is also providing its share of salmon, but best a bit later in the flood tide. 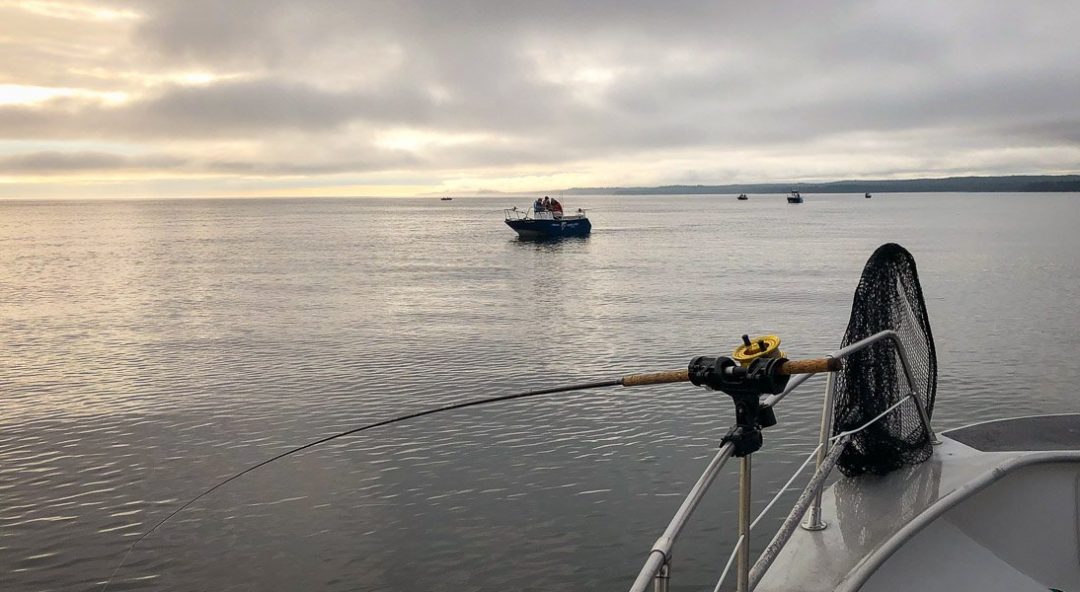 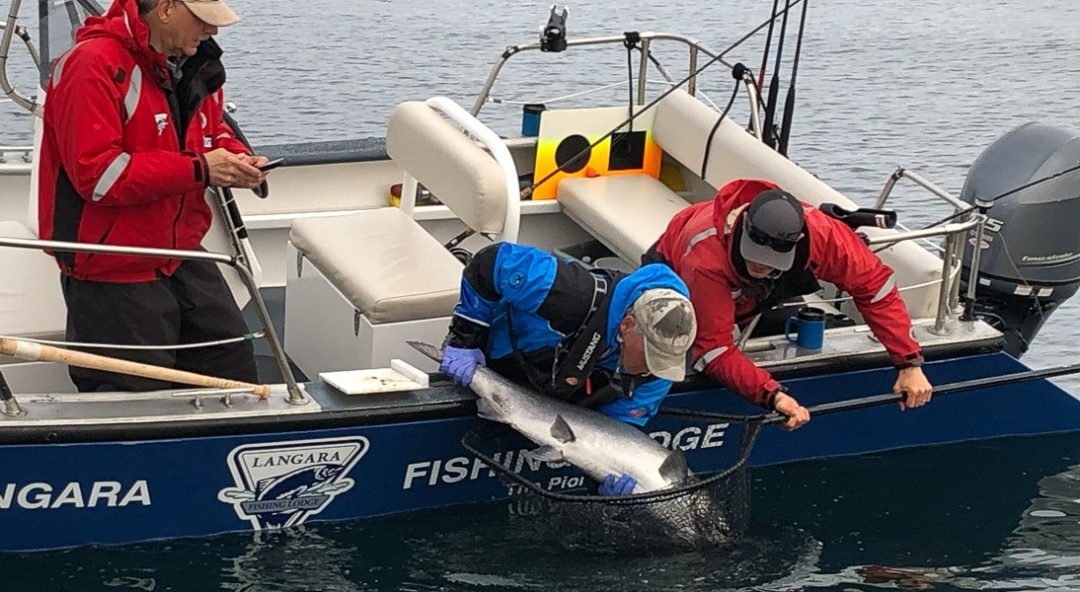 The Graham Island shore keeps serving up strong numbers and sizes of Chinook, with the majority of our larger fish found in these waters. The activity is mostly focused around the Pillar Bay area, near Seath Point and Boulder Point.

It’s usually best here on the ebb tide, but the flood now seems to be yielding fish, as well. Spurts of salmon will move through this area most days and most tides. 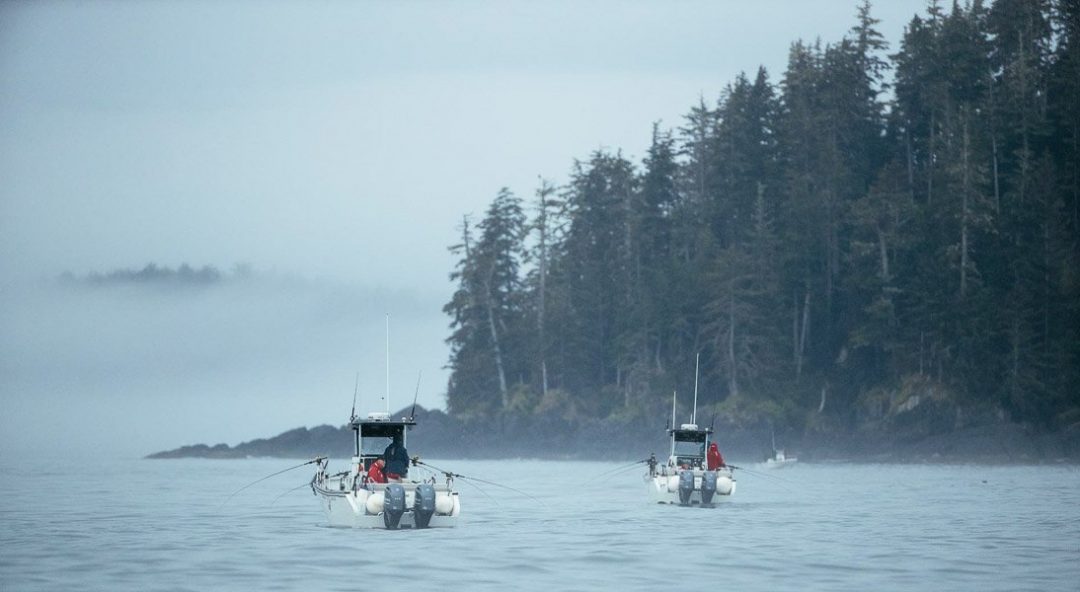 Needlefish are massing in the shallower waters here, so many of the salmon are being caught quite close to the shore, often at just 6-10 pulls at the edge of the kelp beds. And it’s mostly Chinook in these waters.

The nearest spot from here for Coho salmon would be offshore from Seath, inline with Cohoe Point, where we’ve found a mix of Chinook and Coho — wherever the herring are will dictate these bites.

We helicoptered in to the Mecca of fish, Wondering who would catch our evening dish, We aspire to be the mayor of Hog Town, Where tyees live and noobies drown, Salmon come and salmon go, We laud the chinook but not the coho #langarafishing #hogtown

We’ve seen lots of nice halibut hit the docks this week from all around the island, as well as lingcod and an assortment of rockfish.

The larger halibut have mostly come from the usual spots off the W or NW side, off Thrumb Islet and the Lighthouse, but several big ones were also brought up from offshore of McPherson and No Name Point in about 200 feet of water.

Al’s Halibut Hole, off the east side of Langara, is producing as good as ever for smaller halibut in the 10-20 pound range. The odd Chinook and Coho can also be found here, most by employing the very advanced technique of just dangling a salmon rod off the side while you’re jigging the bottom. 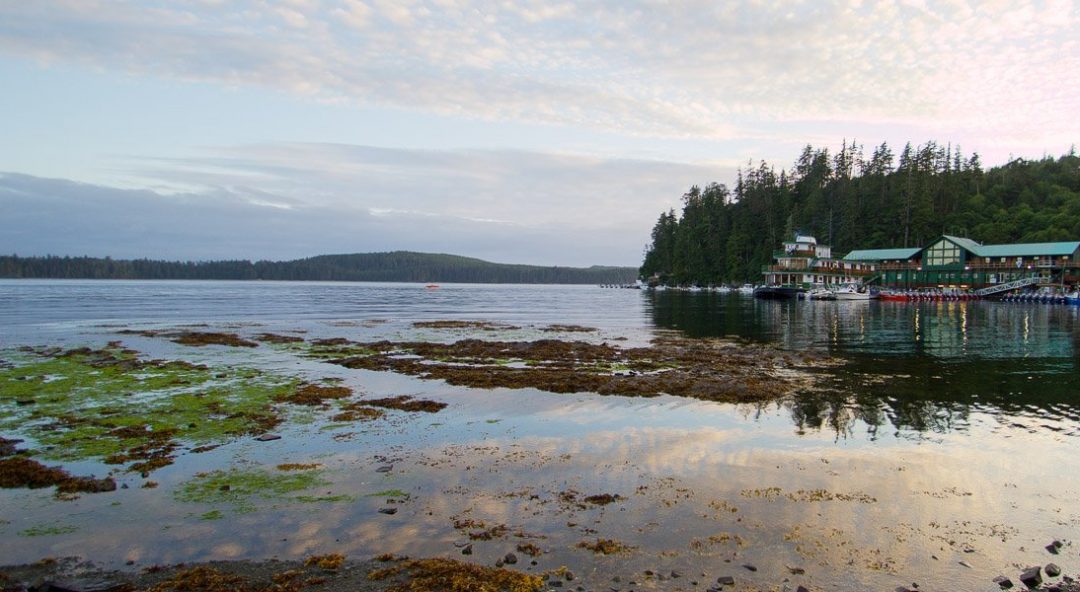 Guests at Langara Fishing Lodge were treated to a bit of dinner theatre a few nights ago, as a lone Humpback whale cruised right into Henslung Cove and treaded water just 20 feet outside of the restaurant windows! 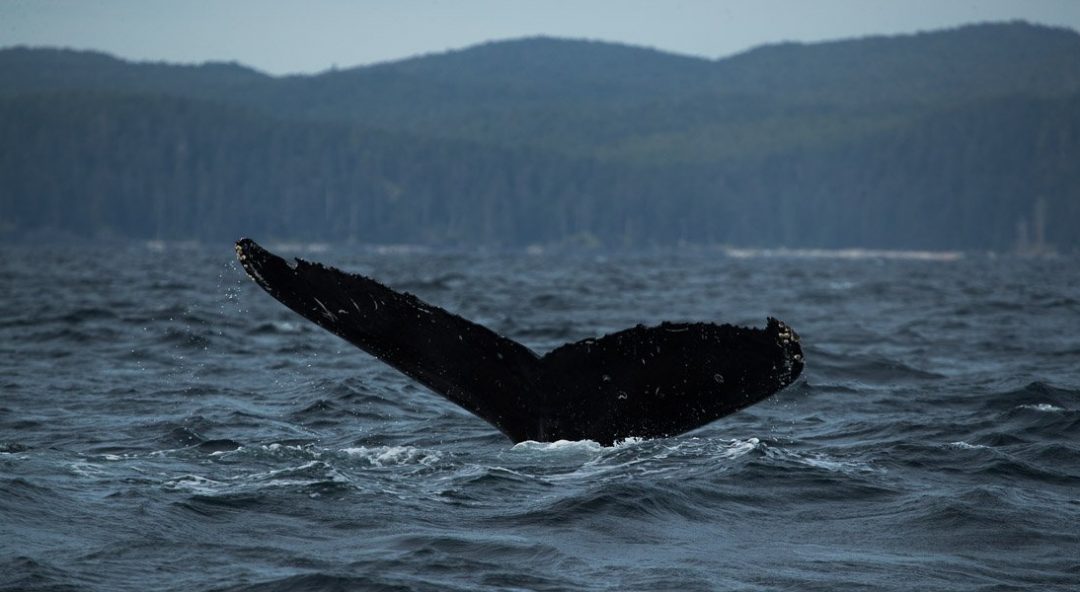 Humpback whales continue to be sighted around the island most days, although they seem to be here in smaller numbers this season. Perhaps they’ve found a better place to eat, but that would be surprising given the wealth of herring and needlefish we’re seeing in our waters this season.