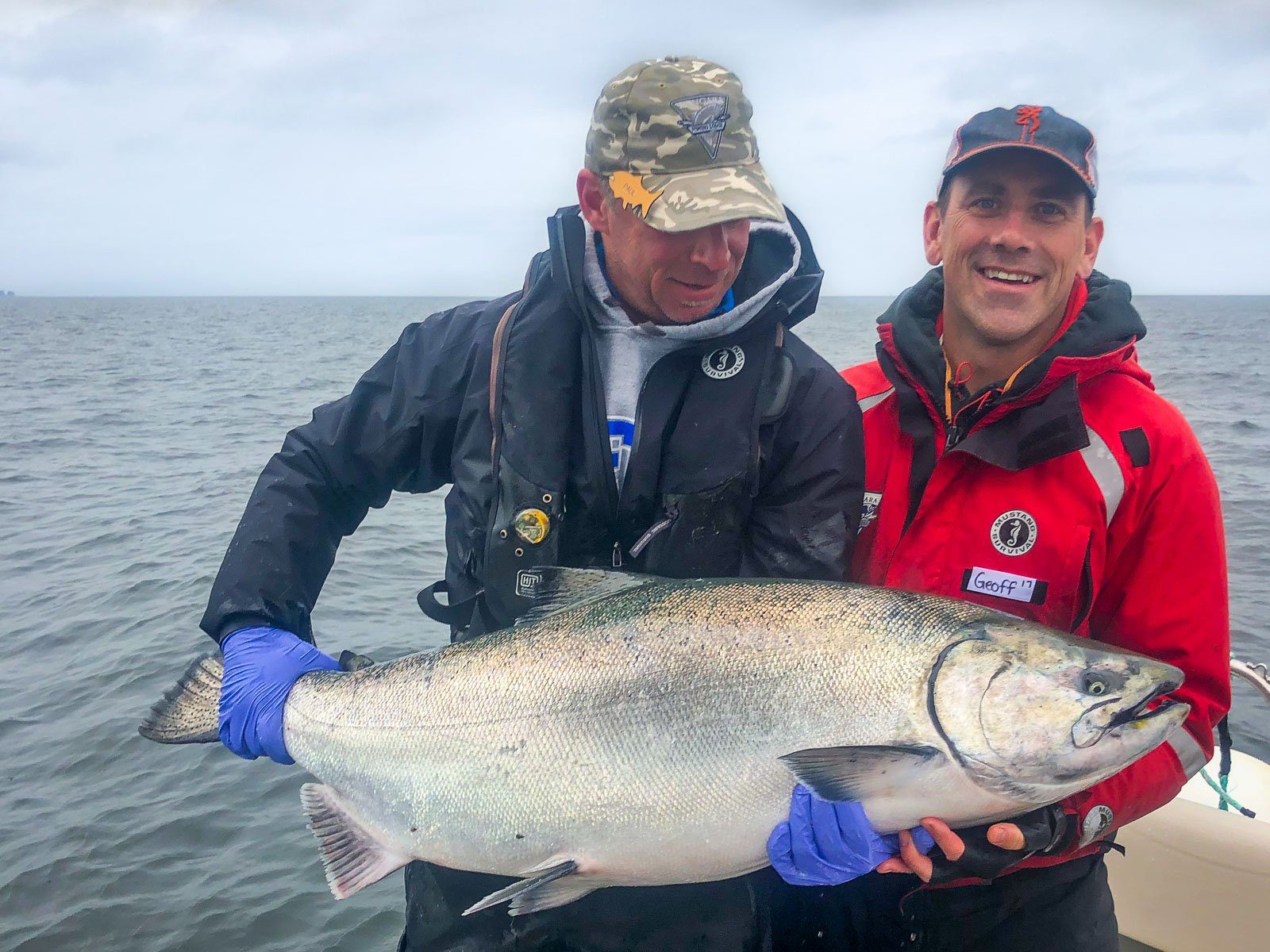 This past trip got off to quite the start. On Tuesday afternoon, Langara Fishing Lodge guest Geoff Sanderson hooked into a very hefty Chinook salmon while fishing tight to Seath Point.

After a lengthy battle, the fish was netted by guide Paul Gedak, carefully and quickly measured, then successfully released. At 49” in length and 35.5” in girth, its estimated weight is calculated at an incredible 77.2-pounds! (based on the accepted formula of (L x G-squared)/800 for determining the weight of Chinook salmon). 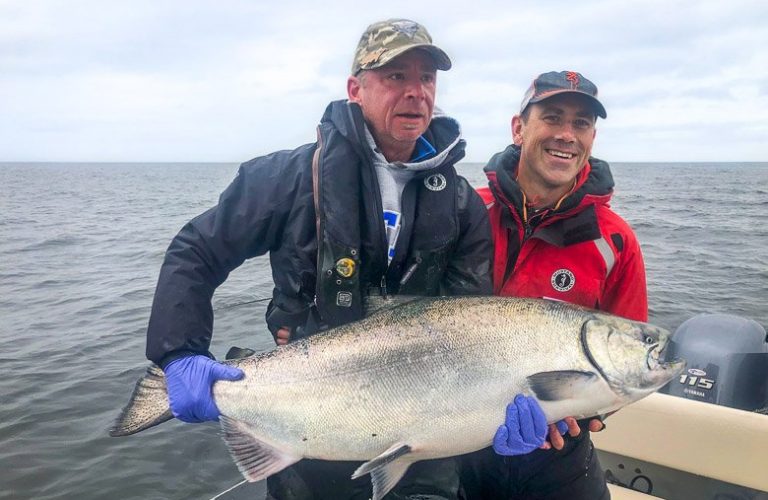 We have to go back to 2013 for our last recorded fish of this size, when a 77-pound Chinook was released at Langara Island Lodge.

A very rare and impressive specimen, and just shy of the all-time Langara Island record of 78-pounds, which was set over 30 years ago at Langara Fishing Lodge on June 22, 1989.

Congratulations to Geoff on this fish of a lifetime! 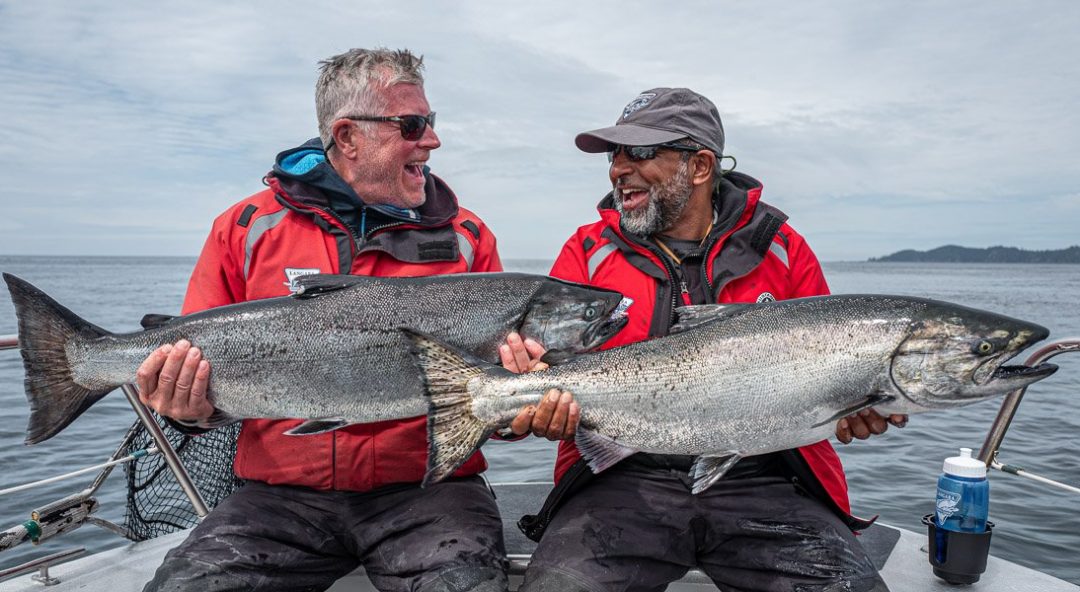 With that small bit of news out of the way, fishing this past week continues to follow the same patterns of recent weeks, with Chinook and Coho being found in healthy numbers and sizes, and the action focused off the NW corner of Langara or around Pillar Bay along Graham Island. 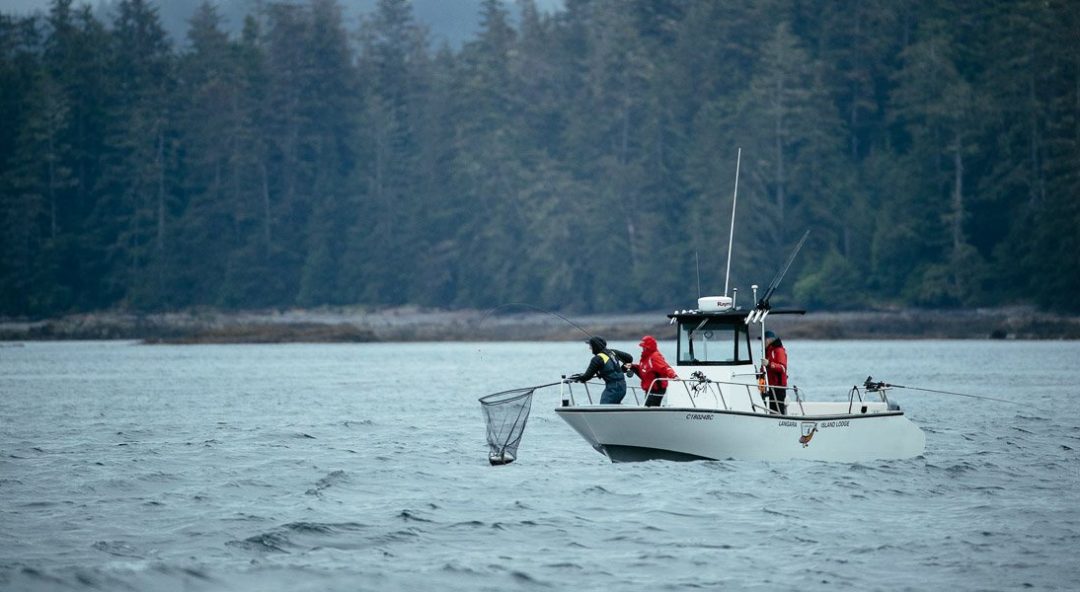 The Graham Island shore has been seeing some decent morning bites on the ebb tide for Chinook, mostly off Seath, Boulder and Gunia. We’ve been finding fish here on both tides lately, but generally more on the ebb. 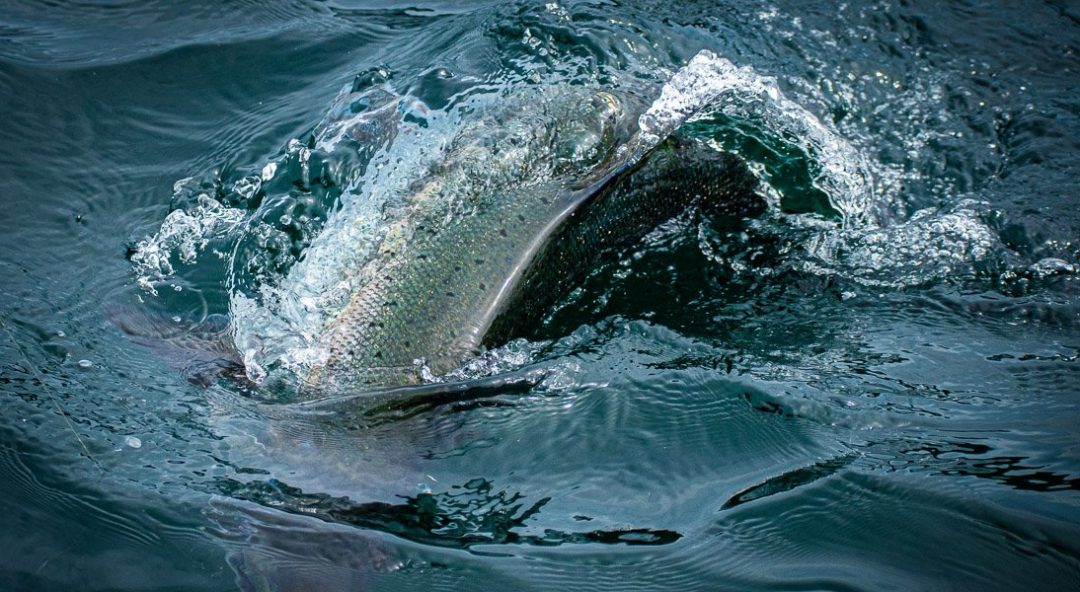 The more consistent bites are happening off the north side of Langara, although some westerly winds have restricted our boundaries at times the past few days. Forecast is looking promising for the weekend, with just light to variable southerly winds, so these waters should be comfortable.

The offshore strip from NW of the Lighthouse to just east of it is holding bait most days, varying from near the surface to near the bottom day-to-day. Fish are being found in this area closer to shore over 130 ft. of water, to out over depths of 400-500 ft., with the salmon following the herring. 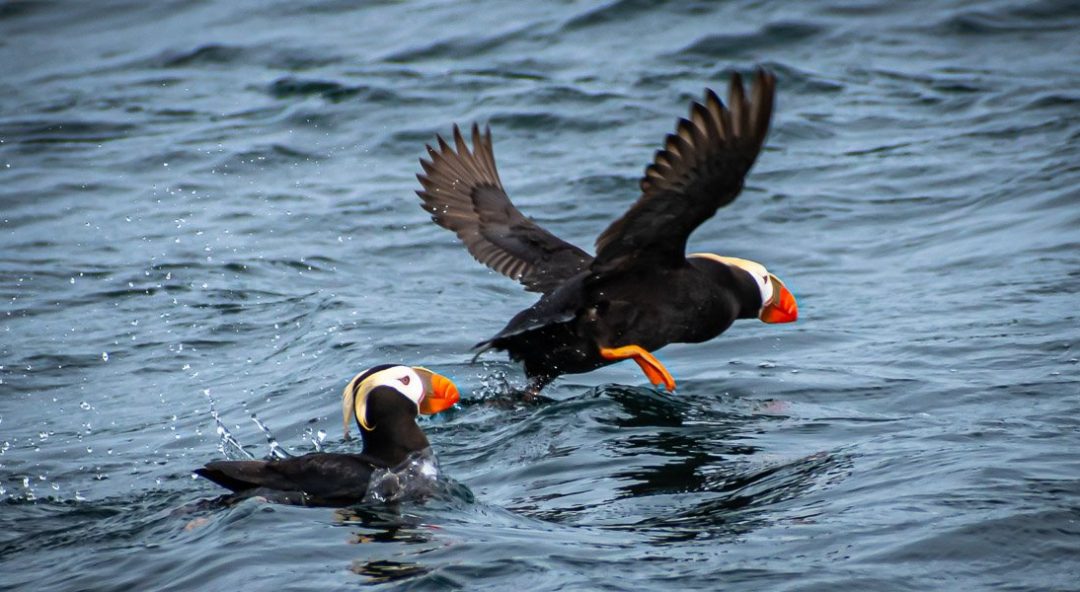 Andrews Point and McPherson Point have also been yielding salmon lately, both near and offshore.

Coho salmon are mostly travelling in the same circles as the Chinook, and they seem to be the more likely catch farther offshore. And plenty of Coho in the 10+ pound range are being found now.

Not bad for our first day! Caught 6 of our 8 Coho on day one!!! This was just the beginning of our fun in the sun…and yes there was sun! #langarafishing #langarafishinglodge #coho #salmon #yum #fishingwithfriends #friendsforever