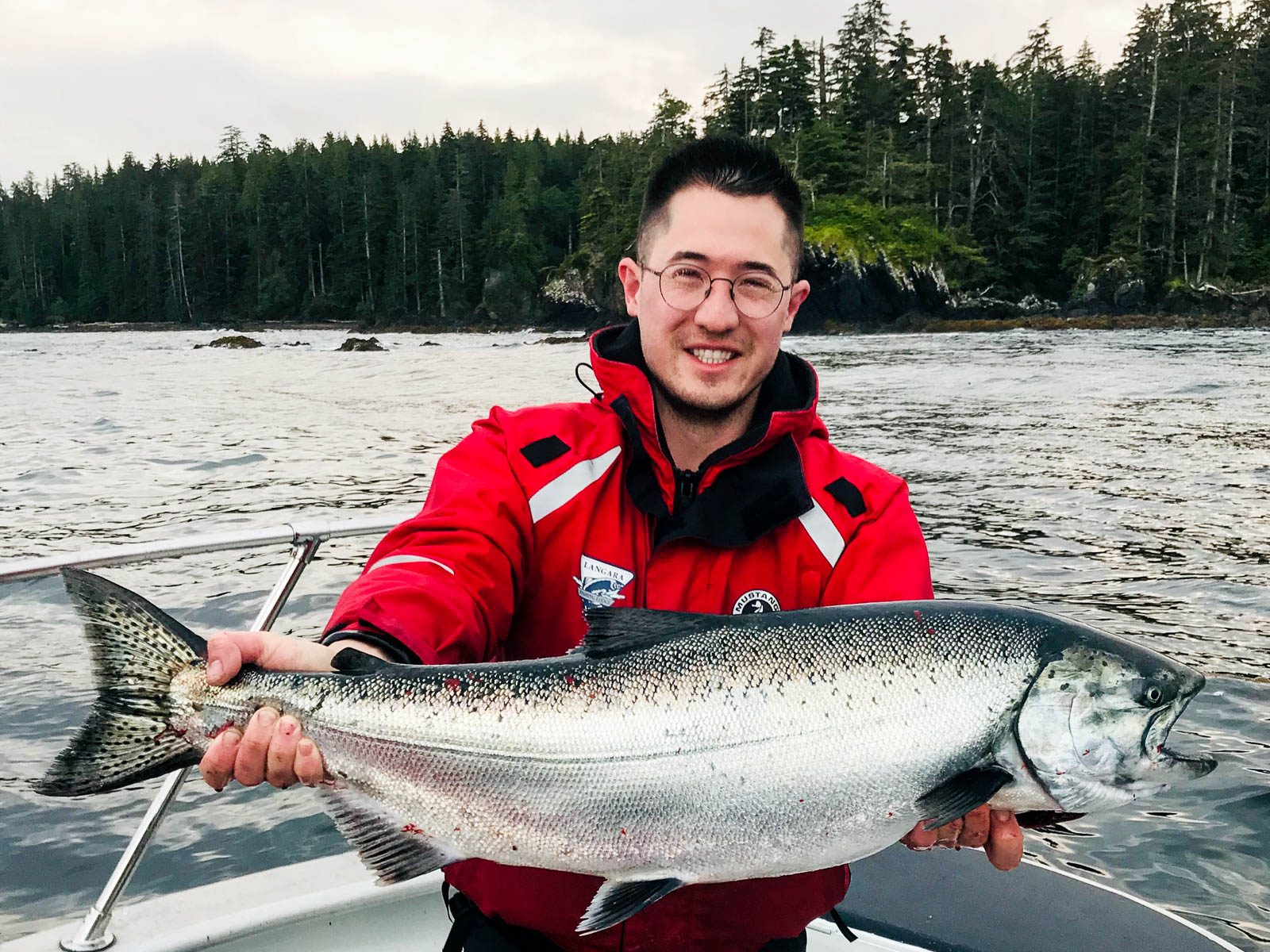 Another week of productive fishing and favourable conditions here at Langara Island, as the salmon continue to haunt the same areas as they have for most of July. 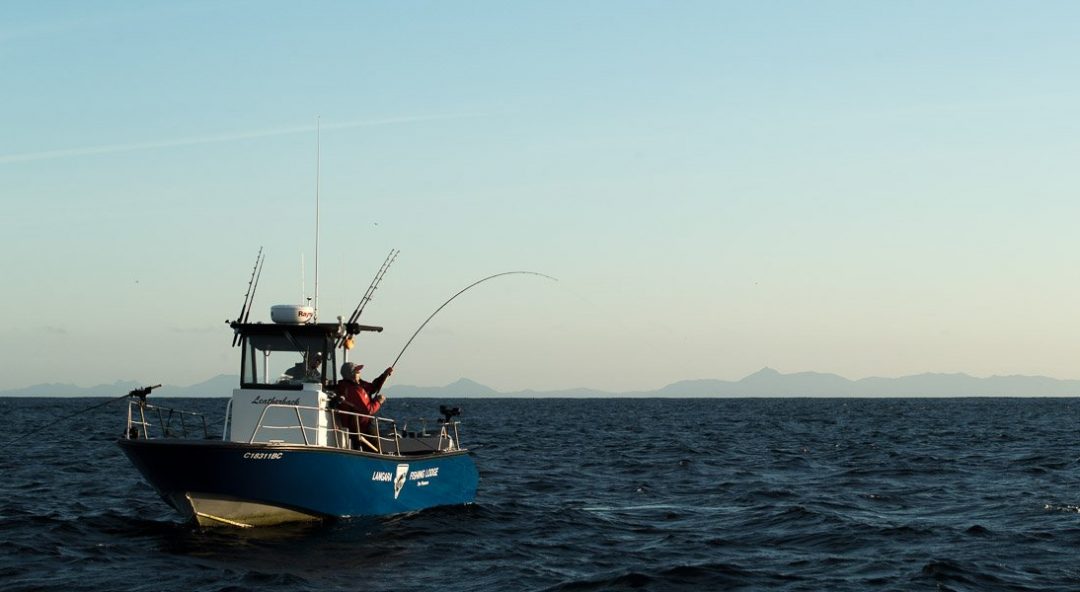 As has been the case for much of the past several weeks, solid numbers of Chinook and Coho are being found in the waters from west of Thrumb Islet to offshore of McPherson Point. The stretch from NW of the Lighthouse to No Name Point has been the most consistent, and the only change this week is the Chinook are generally swimming deeper.

The flood tide has been better out here for Chinooks. The average zone this week has been around 35-45 pulls, but anglers were finding success as deep as 100 pulls there yesterday. This helps avoid the Coho, if that’s your goal, as they are generally hanging closer to the surface. 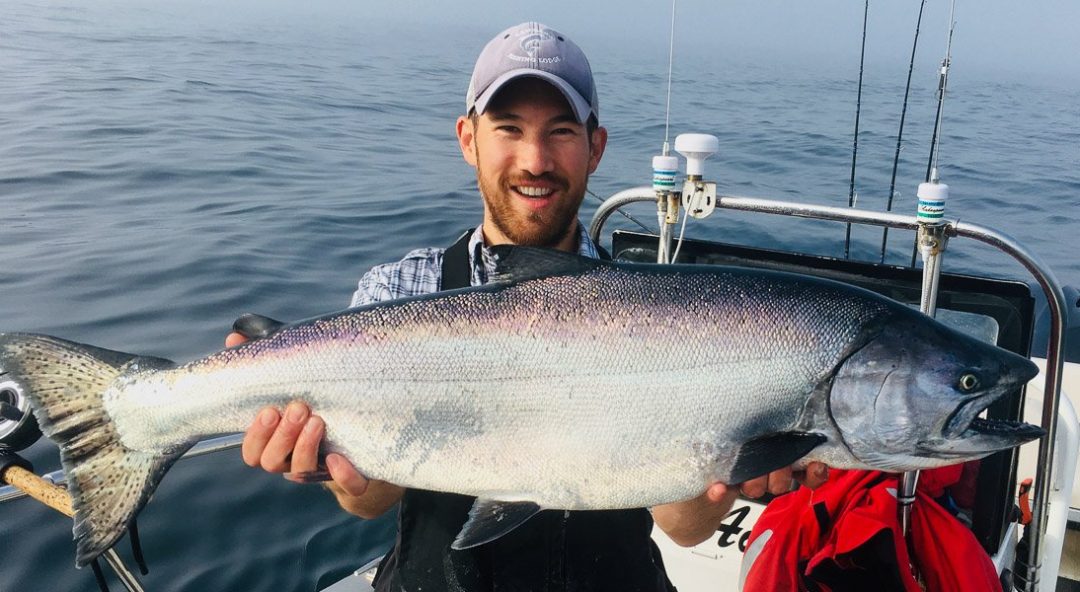 We’re also finding them fairly close to shore near the Boathouse, but offshore of the rocks has been better. This whole area north of Langara has been really solid for most of the season, with large masses of bait keeping a consistent population of salmon in these waters. 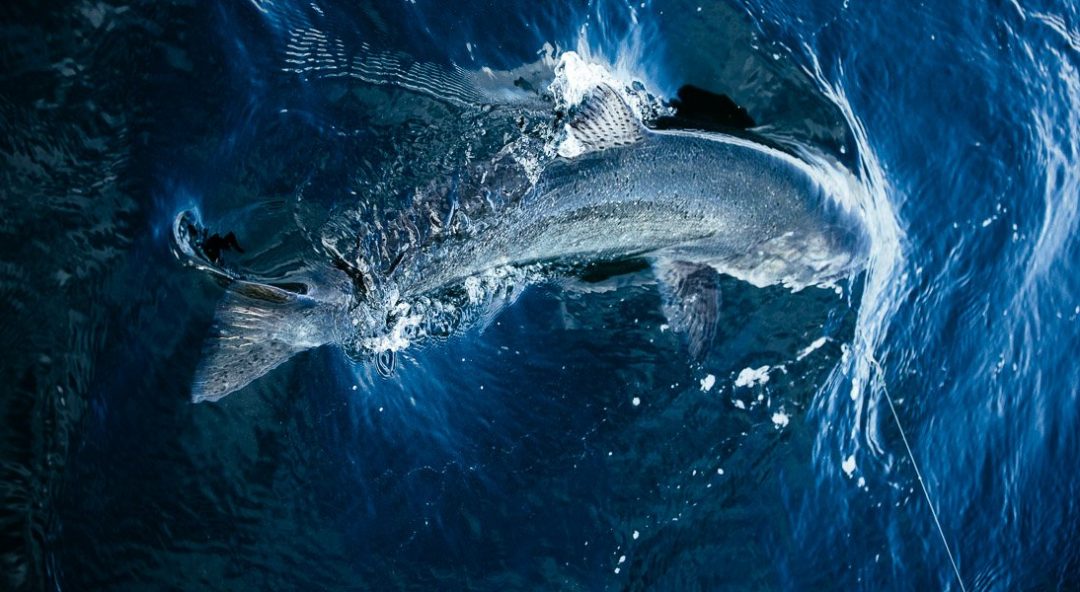 Andrews Point and Cohoe Point both hosted some action early Friday morning for a few anglers, but these points have been mostly serving as pit-stops this season for boats enroute to the north side.

Another day of memories with my Dad. Humpback whales diving under the boat, landing a 140 lb + halibut and catching ling cod on a salmon rod, can’t wait to see what tomorrow has in store! #langarafishing

The Graham Island shore is still kicking out some nice salmon, and often the larger Chinook of most trips, but is also attracting fewer boats. Seath Point and Boulder Point have been busier on the ebb tide. 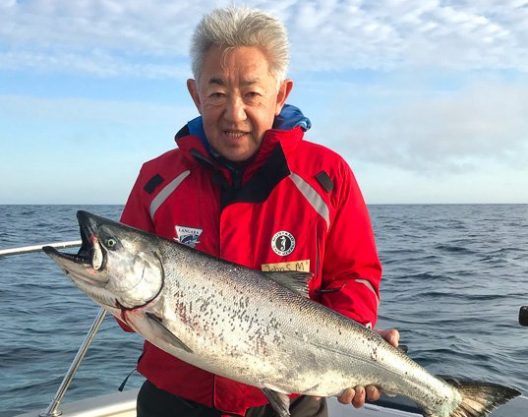 A 46-pound Chinook was released from Boulder earlier this trip. Bruin Bay has not seen much pressure but likes a tide swing from either side. Cape Knox also saw a couple of boats enjoy some success. 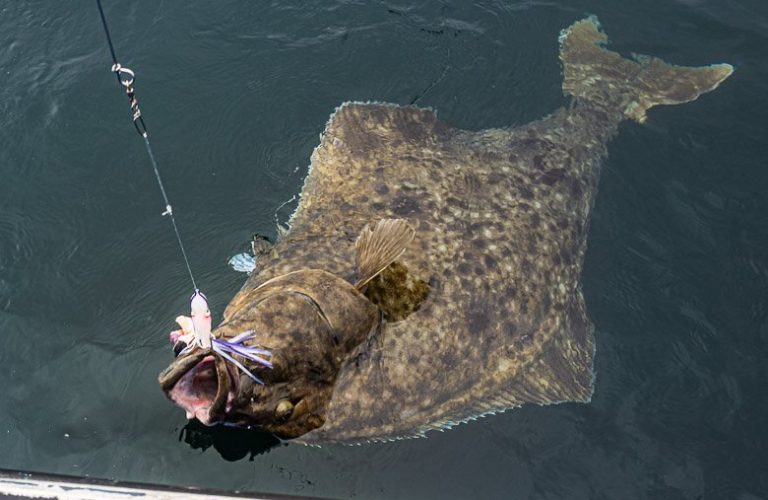 Halibut fishing has been excellent this trip on a place labelled ‘the peanut’ by some of the guides. It is a little oblong circled off shore Lacy that has been fishing well both tides and provided the lions share of all Hali’s this trip. 280-325 feet seems to be best there.

The Nub west of Thrumb Islet is still holding lots of Halibut but often yields fish in the ‘too-large’ range, which chew up a lot of time to wind up and release, so boats have been avoiding that spot lately. 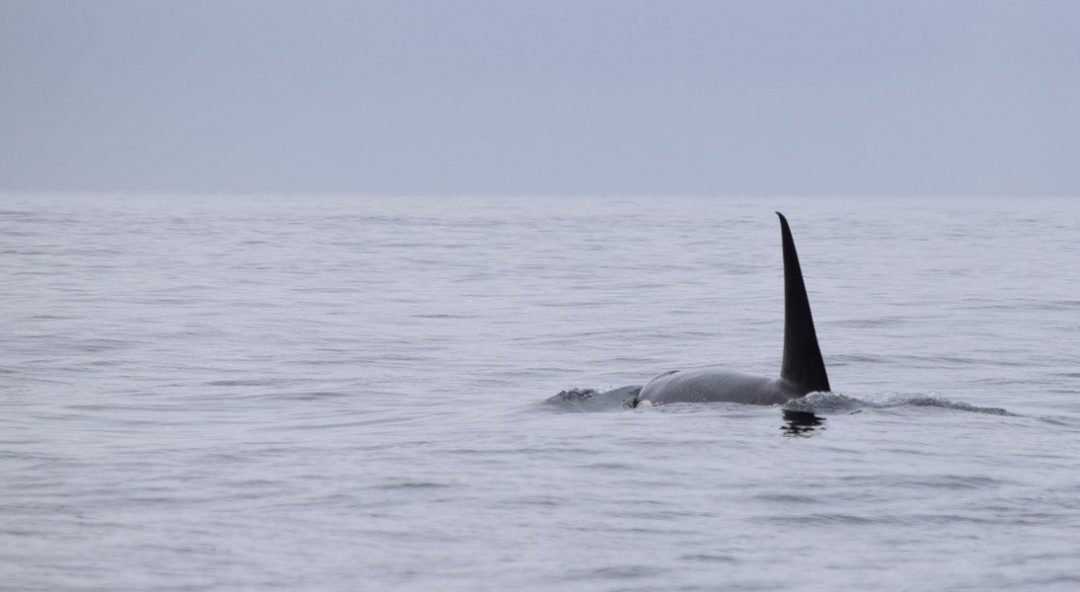 A small group of Transient Killer whales have been spotted patrolling the shores for snacks the past few days.

Humpback whales have been hanging around the island in fewer numbers this season, likely feeding farther offshore, but individual whales are still frequently sighted.

Another amazing trip. Thanks Lil Bro