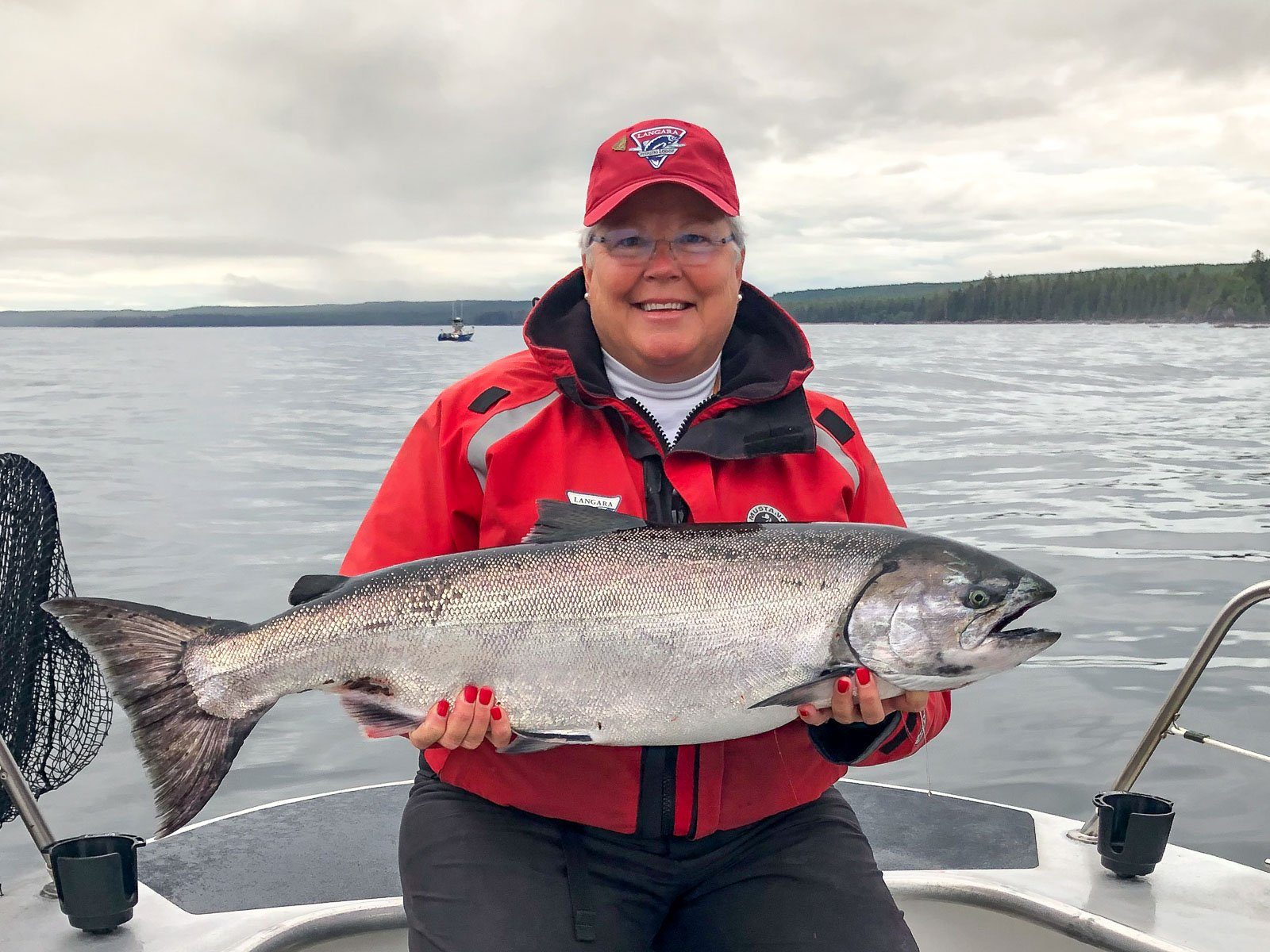 Pillar Bay continues to bear the best bites, bring the bulk of our boats big numbers of Chinook. 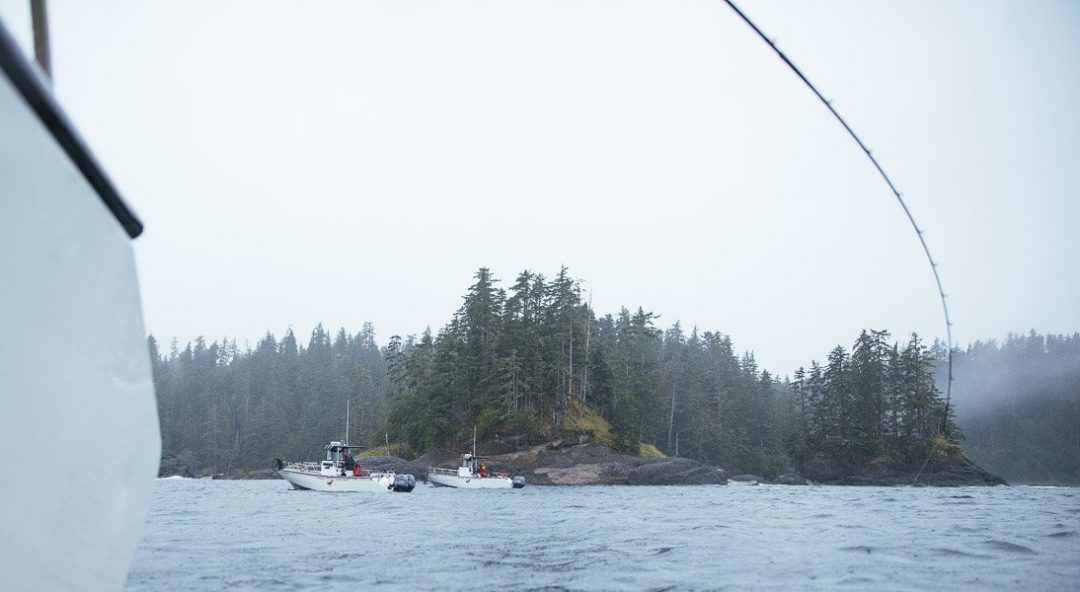 Boulder Point was starring earlier in the week, with salmon showing up like clockwork the first hour of the day and providing a morning workout for our early risers.

They were finding fish here both tight to the kelp and out in the bay. 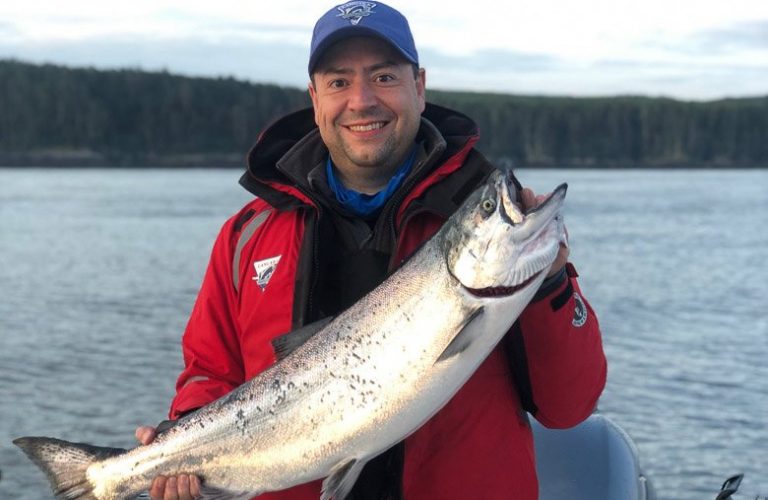 Seath Point has been the more consistent spot throughout the day this week, attracting Chinook on both tides, and enough to produce the occasional double- or triple-header.

That point has been a bit slower the past couple days, but lately any spot along the Graham Island shore, from Seath over to Cape Knox, has been a decent bet for Chinook. 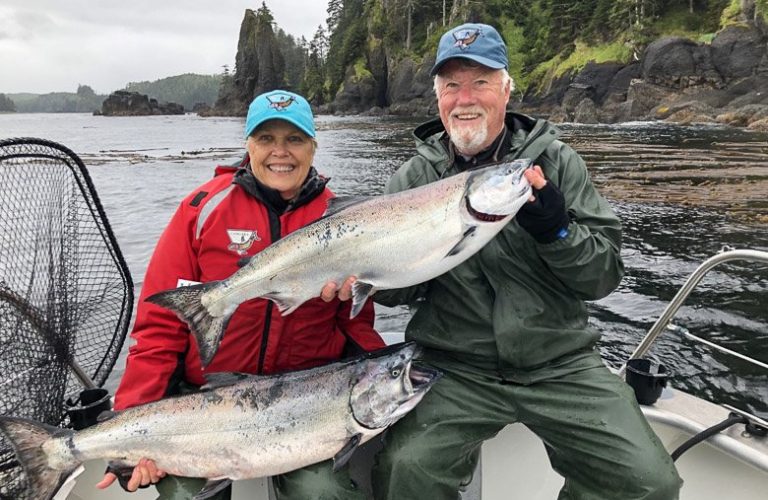 The Chinook we’re finding right now are looking very healthy, as they have all season, with plenty in the low-20 pound range and a good number of Tyee-size fish landed and/or released in recent weeks.

The ones hitting the docks often have bellies full of needlefish and/or herring.

Every year it seems like someone asks all of us girls if we actually fish on our fishing trip or if we leave it up to the boys. And every year the girls boat shows the boys how it’s done #winnerwinner #fishing #salmon #lingcod #girlswhofish

Here fishy fishy fishy… Awesome couple of days fishing for Salmon and Halibut on the beautiful Langara Island, BC

It’s possible this kid’s going to grow up to be a BC fishing guide. Sensing a passion I haven’t seen him show in any other area. #familydiscount

The same is true of other species.

On the Coho ledger, fish in the 10-12 pound range are common right now. A 14-pounder is the largest of the week. 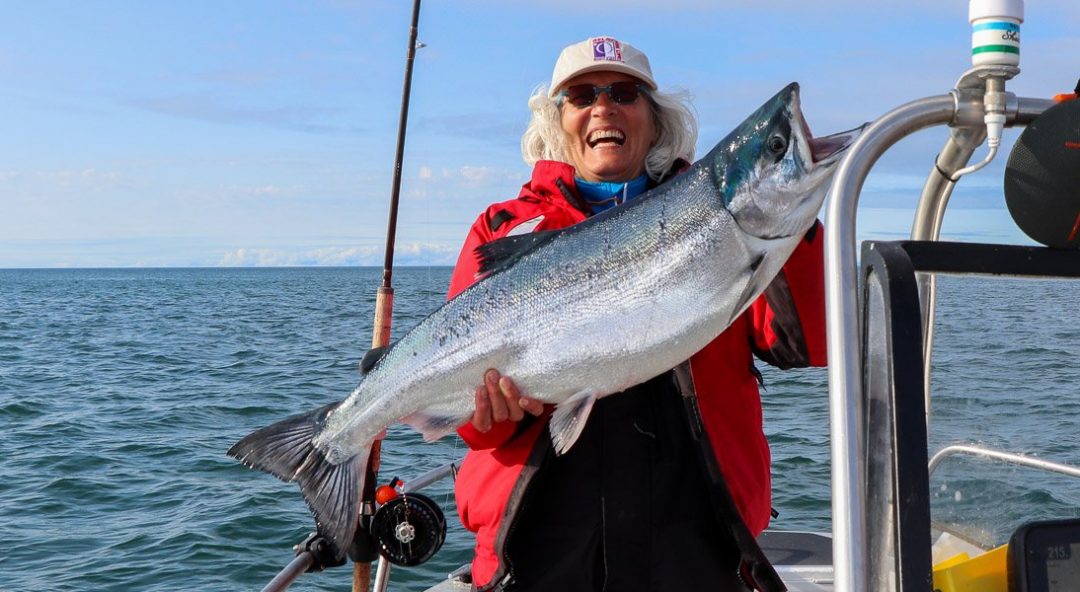 Around Langara Island, Cohoe Point has been a good spot lately during the first couple hours of the flood tide.

Andrews Point, as always, is pretty steady on both tides, highlighted mid-week by a few intense flurries of Chinook that showed up to reward the boats that were sticking here for the day.

It’s a mix of Chinook and Coho in these waters. 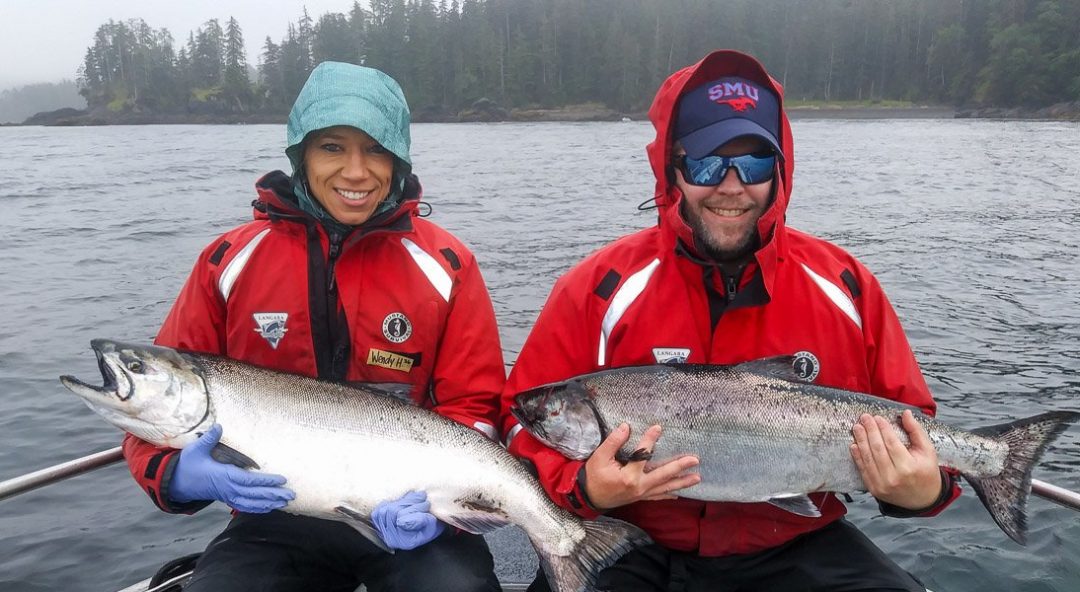 The stretch from Andrews Point around to Langara Rocks, a bit offshore, has been holding lots of Coho with some Chinook mixed in. Lately, it’s been mostly Coho between 15-25 pulls, and mostly Chinook between 30-60. 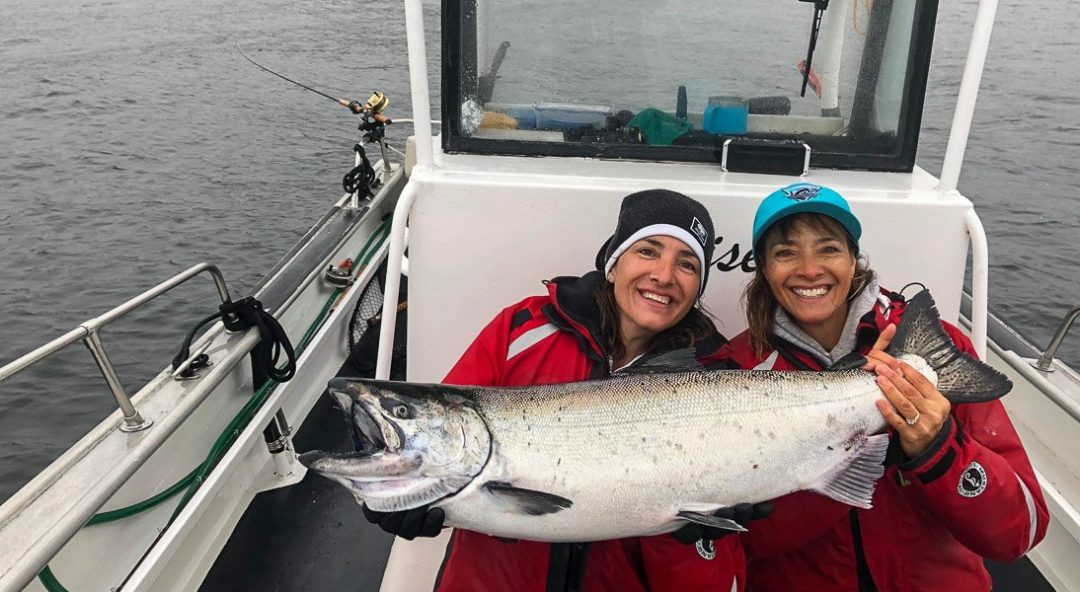 On the bottom fishing side, the stretch from McPherson Point to No Name, out over 180-250 feet of water, has been excellent lately for Halibut in the 10-30+ pound range, as well as Lingcod.

Some westerly winds had been keeping us off the west side for much of the past week, but conditions have improved and those waters should be targeted this weekend. 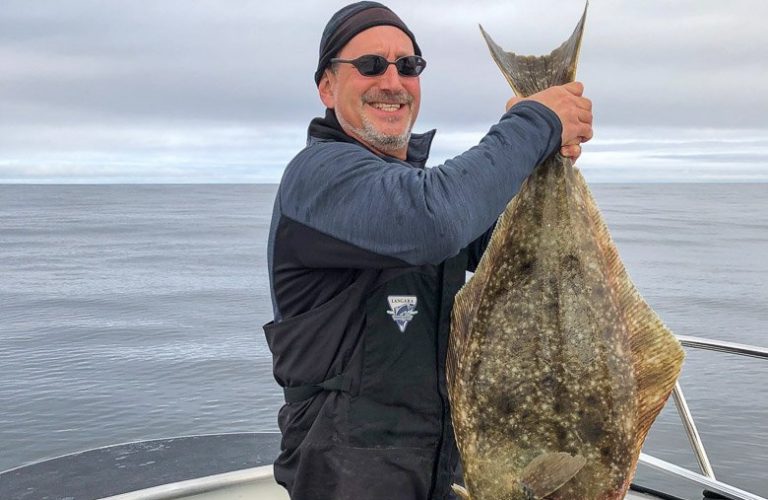 Al’s Halibut Hole, off the east side of Langara, continues to produce well for smaller Halibut; Chinook and Coho are also showing up here, so leaving a salmon rod dangling off the side while you’re targeting the bottom is a good strategy. This spot has been a copy/paste fishery for most of the season — no change from week to week. 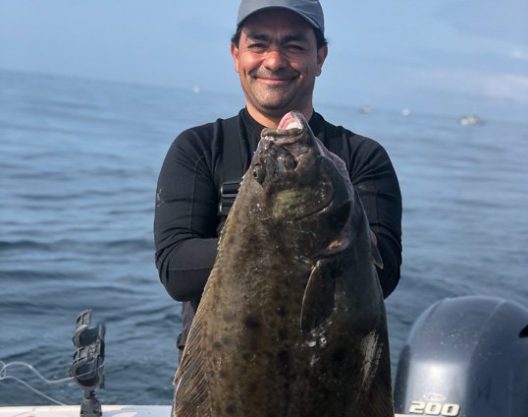 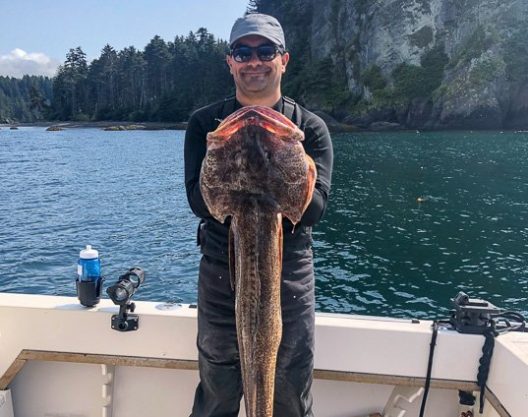 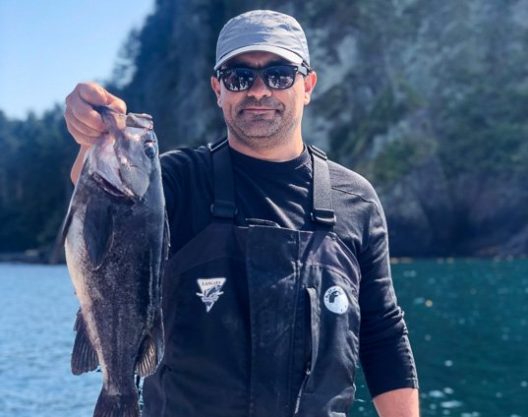 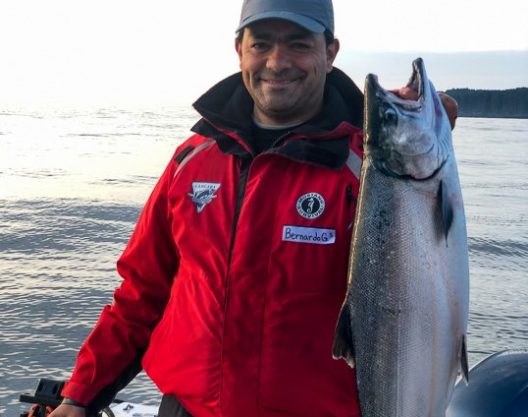 Wildlife Wednesday • As per usual Langara Island up in Haida Gwaii remains spectacular. So thankful for the opportunity to visit with the family. Our annual trip up to Langara just keeps feeling more and more special. We used to “limit out” our catch and bring back way too much salmon. This year we thought long and hard about what to take sustainably, kept only good eating fish that couldn’t have easily been released, and instead enjoyed the game of catch and release more. Karma paid off and the fishing was fantastic • • #haidagwaii #family #fishing #wildlifewednesday #orcas