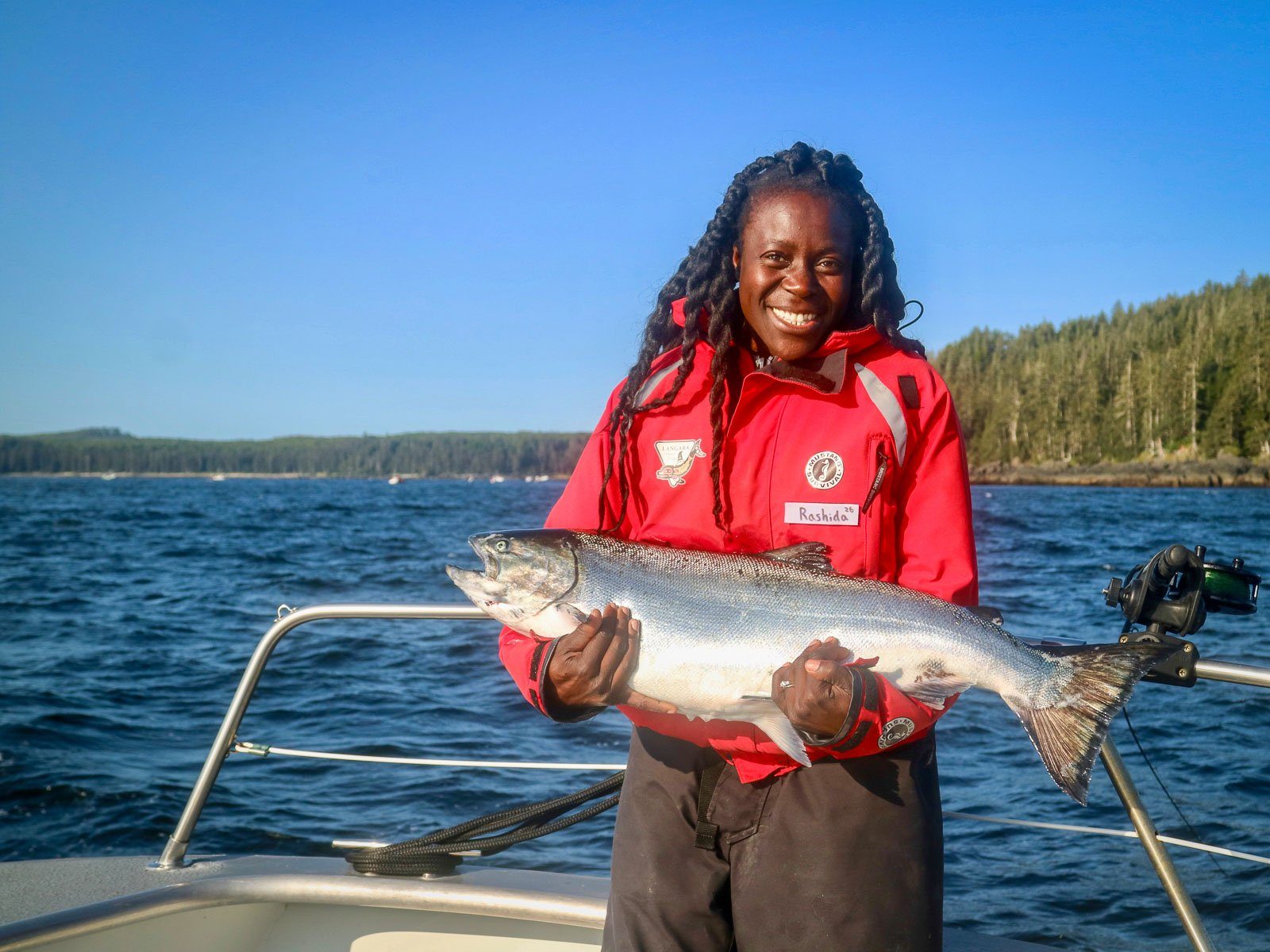 We experienced the full range of Langara Island weather this week — from clear blue skies, to a strong SE gale, then back to calm waters — and the fish kept biting through it all. 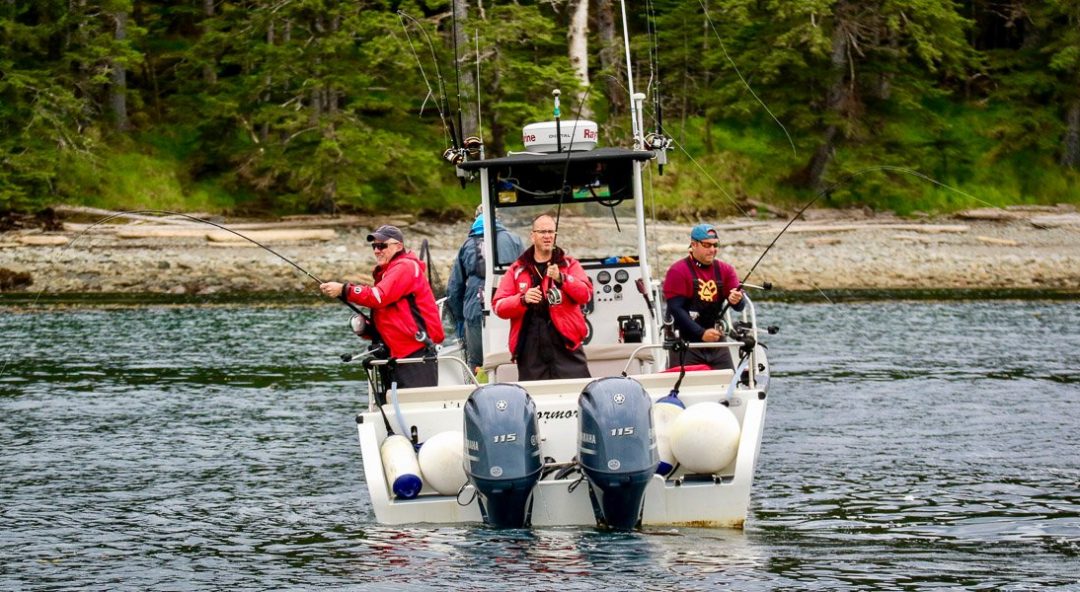 The week started with the waters along Graham Island hosting the best action, with boats concentrated around Pillar Bay where the better Chinook were being found. It was most consistent from Seath Point east towards Burger King on the ebb tide. 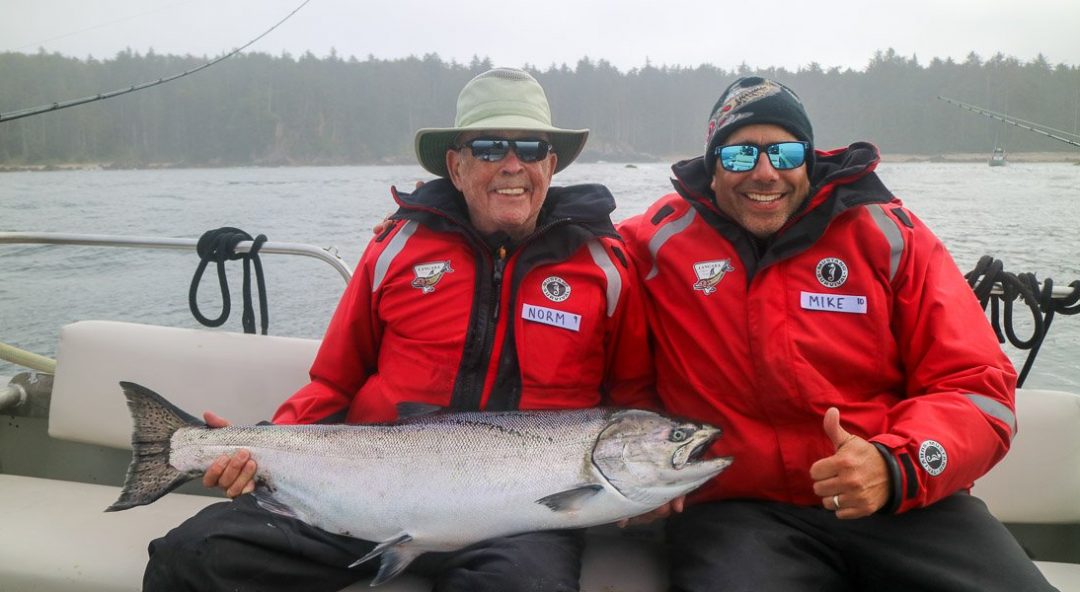 Nearby, Boulder Point was holding its own, also best on the ebb. Gunia Point, Bruin Bay and Chanal Reef all hosted a decent Chinook bite, with a few Tyee-size fish landed and/or released. 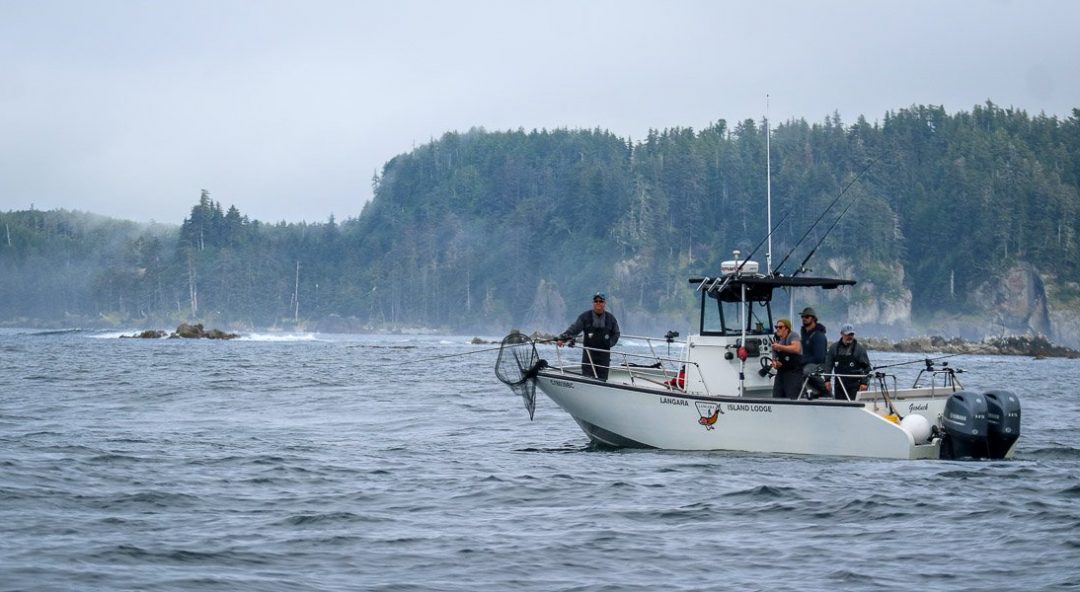 That strong SE wind arrived on Tuesday to welcome a new batch of guests. Fishing was limited that afternoon to the sheltered waters in the channel between Graham and Langara, but boats were still finding a few fish in those challenging conditions.

As the weather improved, we found the salmon had moved mostly away from the Graham shore — offshore of Seath Point, out over 200-300 feet of water. 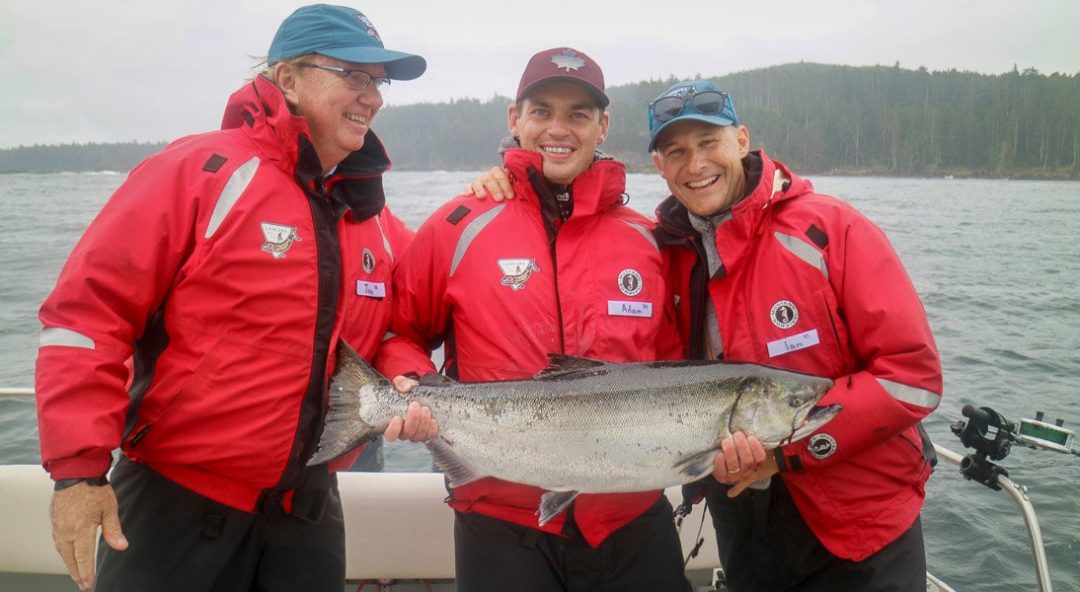 These waters have been great for both Chinook and Coho the past few days. Both species are sitting at normal depths out here, with most bites happening in the 10-30 pull range, and on both tides. 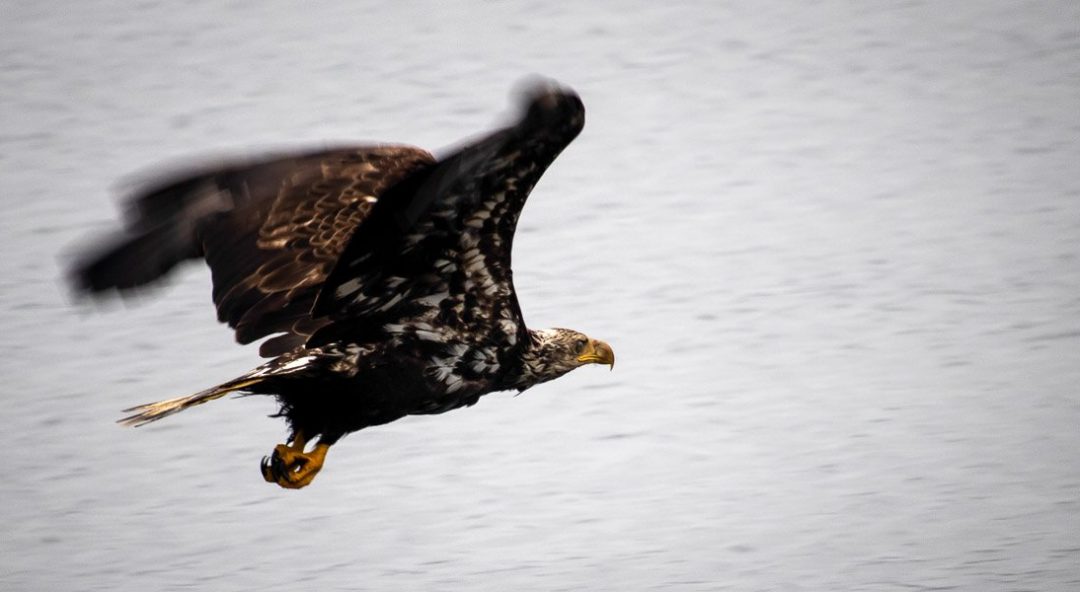 The stretch of Graham Island from Seath Point to Chanal Reef has been a reliable producer this season, but the shallower waters closer to shore have quieted down since that storm blew through.

Around Langara, Cohoe Point and Andrews Point have both been yielding some nice salmon this week.

Andrews is showing a bit better, and a few boats fishing offshore here were finding fish deeper, down to 40-50 pulls.

The north side of Langara has provided some great fishing the last two days since conditions improved. The salmon here have also moved a bit farther offshore.

We’ve been finding good numbers of Chinook and Coho anywhere from 10 to 80 pulls down, from McPherson Point to well past Langara Rocks, mostly out in the range over 200-400 feet of water.

There seems to be more herring schooled in this area of late, fuelling the action on both tides. Chinook bites intensifying towards the end of the ebb and into the flood, particularly between the Rocks and No Name Point. 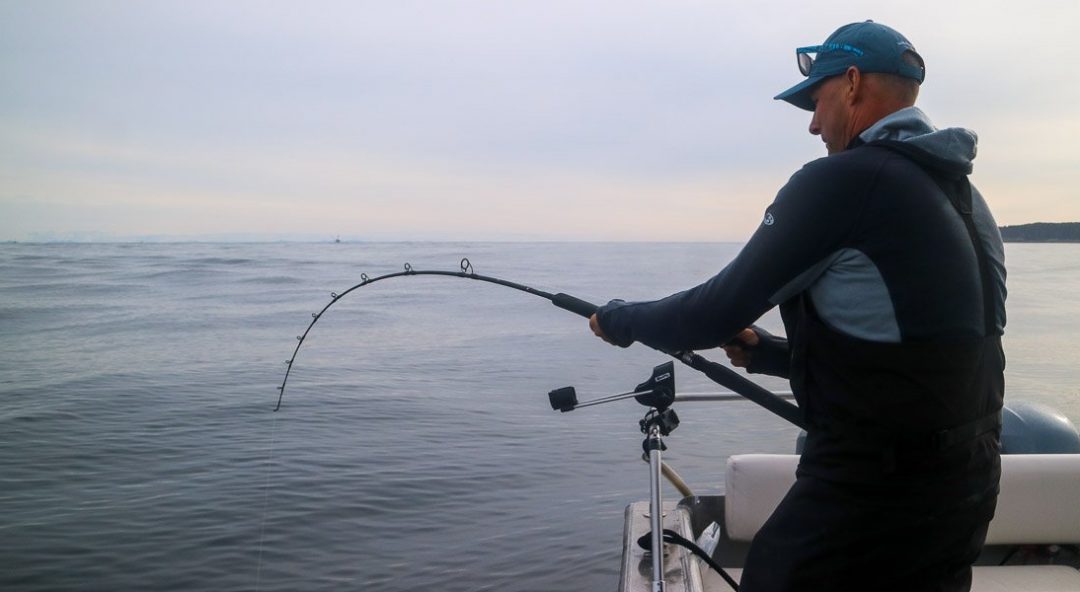 Bottom fishing has been great offshore of the north and west sides with the calmer waters of the past few days, for both lingcod and halibut of all sizes. Al’s Halibut Hole, off the east side, continues to yield consistent numbers of smaller halibut.

The locals of Langara putting on a show. This place never disappoints! #haidagwaii

Humpback and Killer whales were showing up near the fishing grounds earlier this week but seemed to have scattered with the winds. Hopefully they’ll return this weekend. 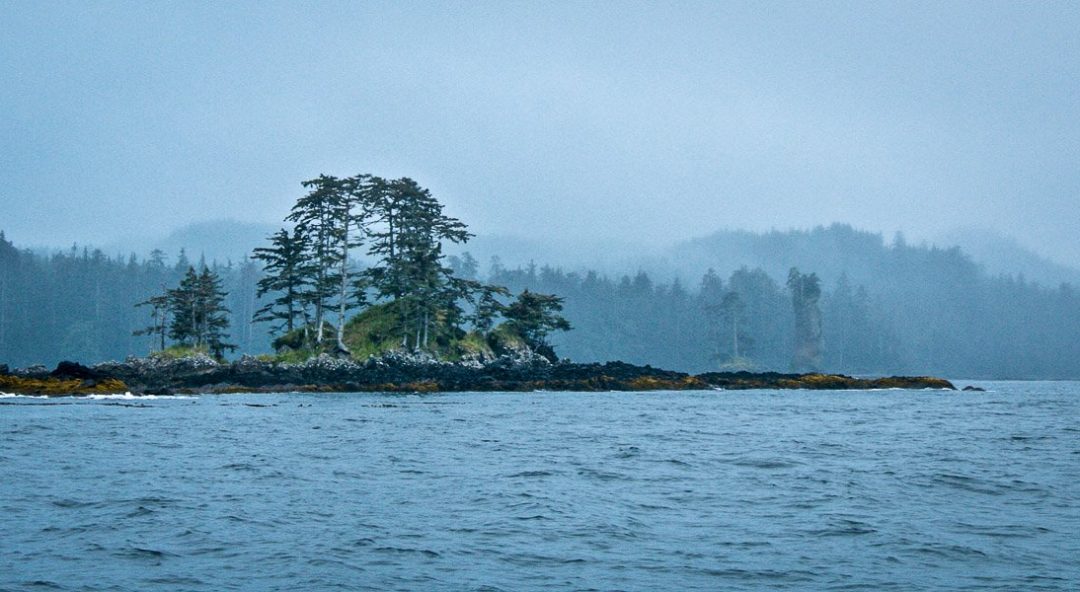