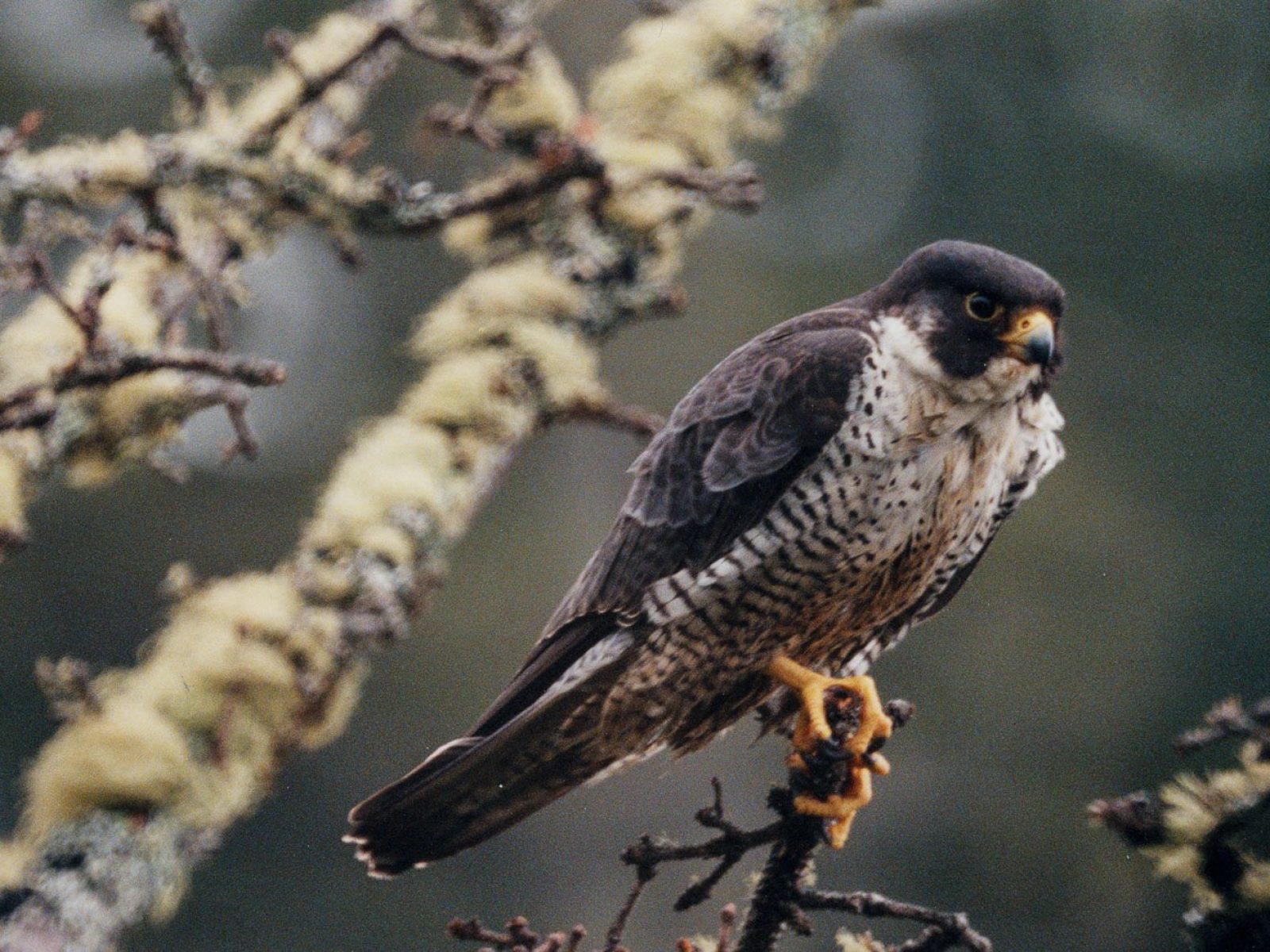 Losing a Legend of Langara

It is with great sadness that we share news of the recent passing of a longtime friend of Langara Fishing Adventures, and a true legend of Langara Island.

Biologist Dr. R. Wayne Nelson first visited Langara Island in 1968, for the purpose of researching this island’s Peregrine Falcon population. He returned to Langara every year, save three, for the next 45 years, continuing a study that is believed to be one of the longest ever by an individual researcher in the birding world. 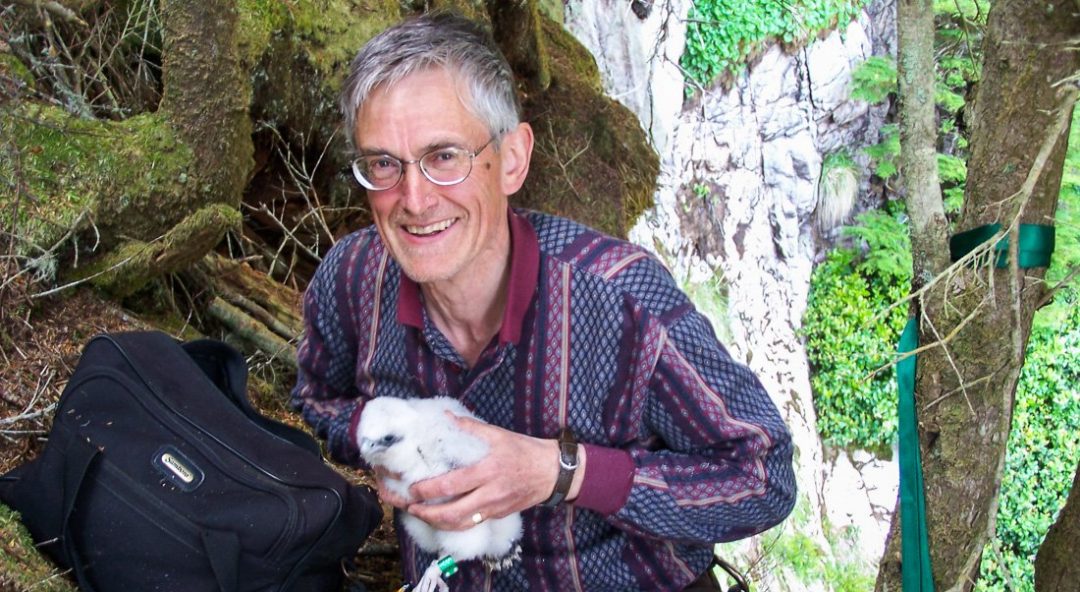 The Peregrine Falcons of Langara Island

The Peregrine Falcon is an amazing creature: it is the world’s fastest bird, and the fastest member of the animal kingdom with a diving speed of 389 kmh (242 mph).

The peregrines of Langara Island have attracted the attention of bird lovers for over 100 years. They were first documented in a 1916 study of Peregrine Falcons by the famous American ornithologist, Robert Ridgway, who also identified them as Peale’s Peregrines, the largest and most revered sub-species of Peregrine Falcons. 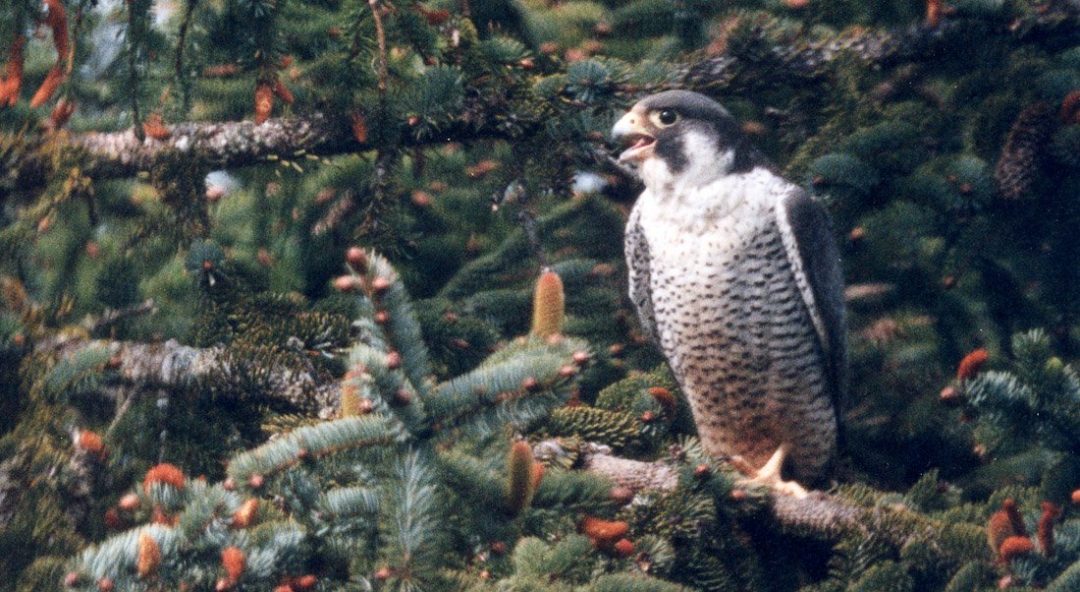 In the 1950s, further studies here established Langara Island as home to the highest density of peregrines anywhere in the world. Langara’s high abundance of nesting sea birds make it an ideal environment for these raptors.

In the following years, between 20-25 breeding nests were found around the island, including 10 nests in Fury Bay alone (around Cox Island) — an unprecedented concentration for this territorial bird. 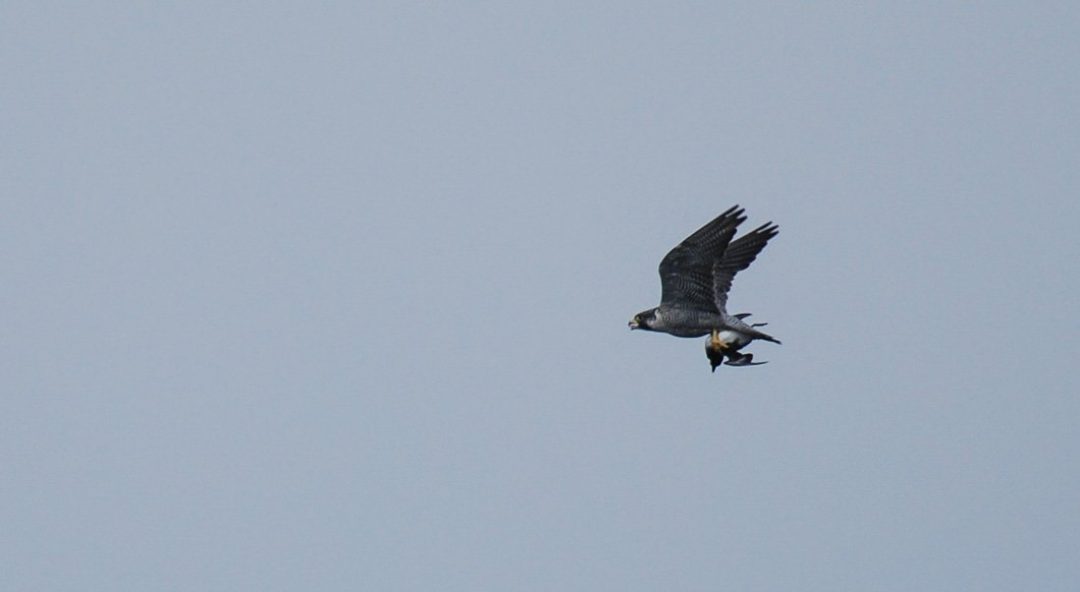 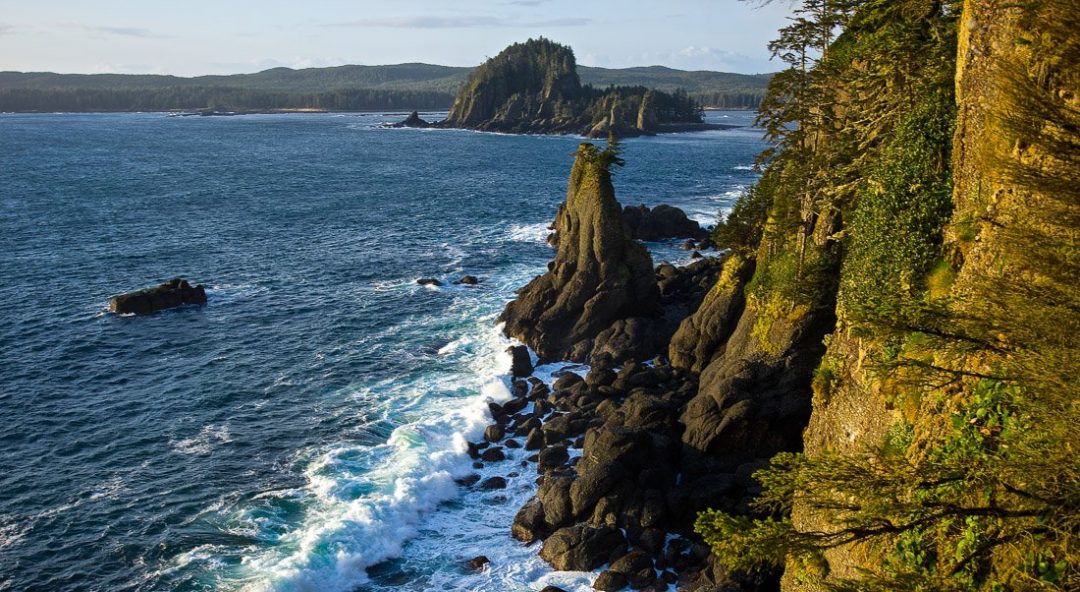 In the 1960s, those studies attracted the attention of Wayne Nelson, a young researcher and birder at the University of Alberta. Wayne decided to make Langara Island’s peregrines the focus of his Masters and PhD theses.

From 1968 to 2013, Wayne visited Langara for 2-3 weeks every spring, staying at a base camp he built in Fury Bay. He boated, hiked, and rappelled around the island (usually with 1-2 research assistants), visitng nesting sites, banding hatchlings, and documenting the varying populations of peregrines and other bird species. 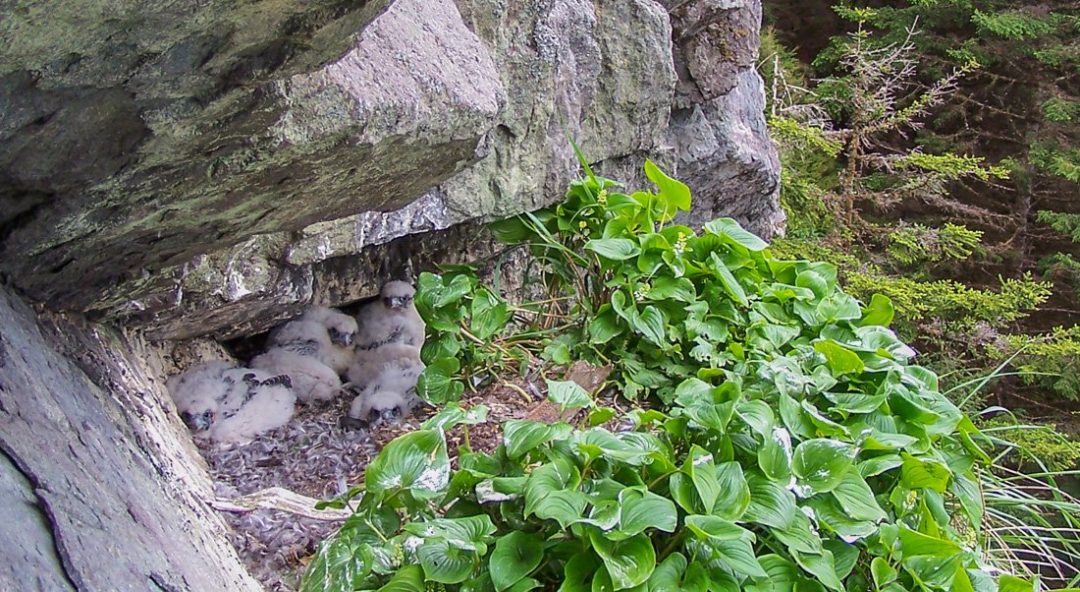 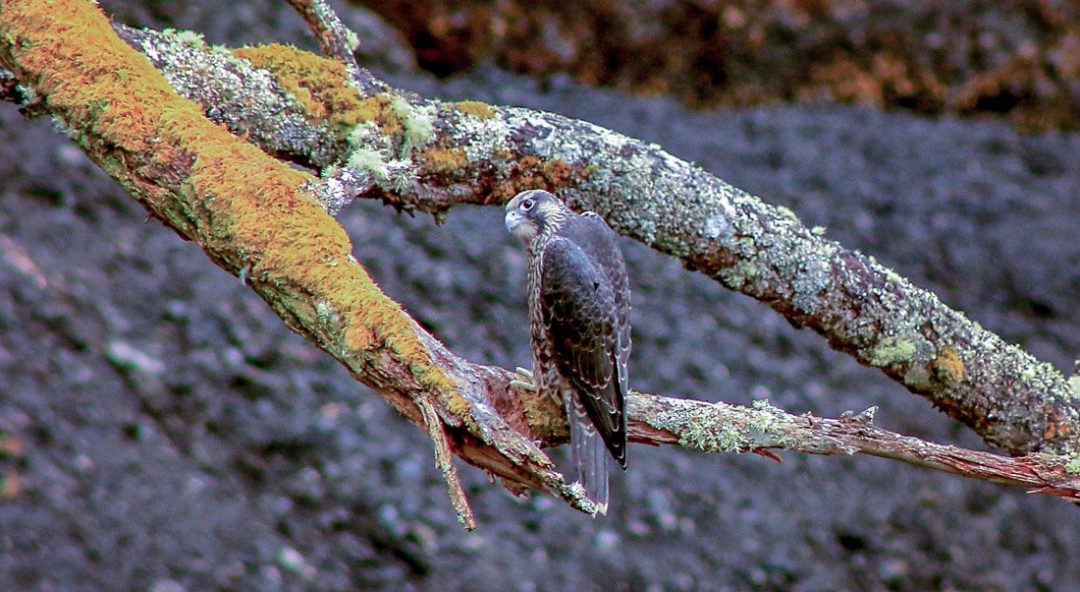 Sharing a love for Langara

We met Wayne not long after we opened Langara Fishing Lodge in 1985.

At the time, we knew Langara Island was home to an incredible variety of wildlife, but it was Wayne and his work here that first opened our eyes to the truly unique ecology of this small island.

We became fast friends with Wayne, providing logistical support over the years and always marvelling at his passion for Langara Island and its magnificent Peale’s Peregrines. It was the first of many relationships we have established with researchers interested in conducting fish and wildlife studies at Langara. 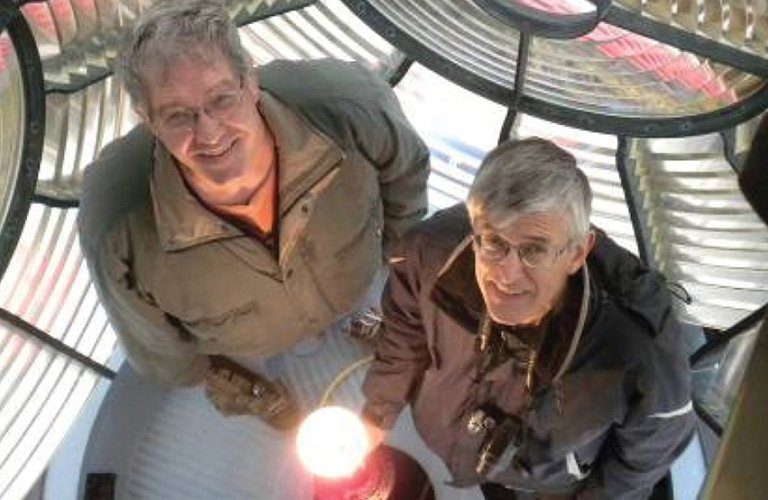 Wayne’s family joined us at Langara Fishing Lodge in July 2017 for a celebration of his life, and in the coming years we look forward to helping his colleagues continue his study.

Dr. Nelson’s 2013 Report, his last, can be found here: Behavioural Ecology Studies of Peregrine Falcons at Langara Island, BC. 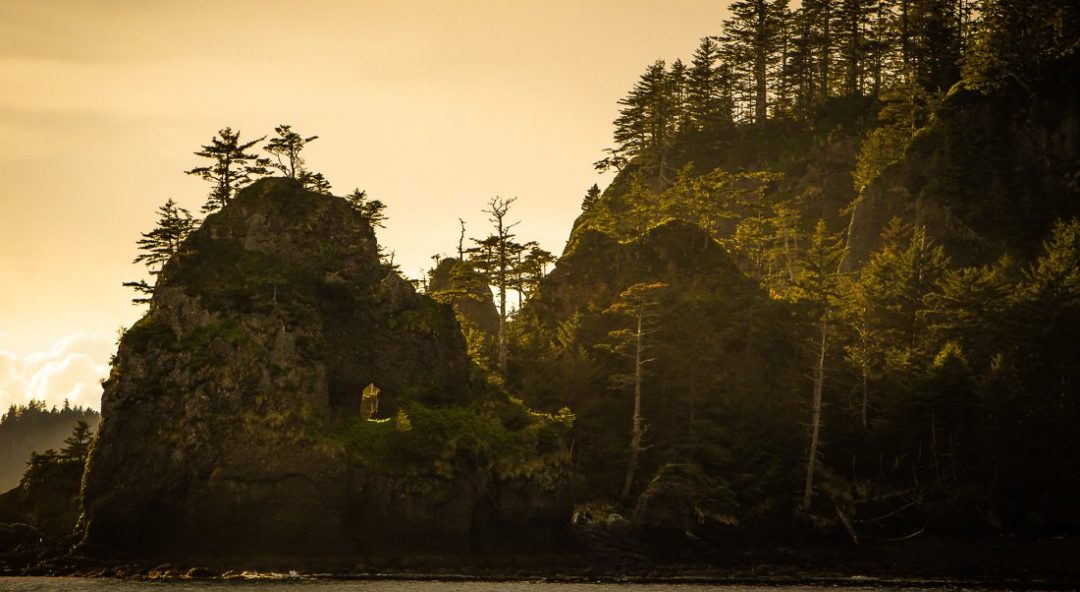